'Grey's Anatomy': Why Some Fans Think This Character Gets Too Much Hate

It seems that Grey’s Anatomy is always being criticized for its characters and their actions, despite being a part of TV lore now for almost 17 years. If some of those characters have departed through less than amicable means, some of them continue to be a vital part of the series plots.

One of those is the original star of the show: Meredith Grey, played by Ellen Pompeo.

While many have loved her character for years, she’s become an annoyance recently to some avid watchers of the show. Fans have taken to social media to expound on what it is about Meredith they don’t like lately, with others jumping in to defend the character.

Perhaps there are some good reasons behind Meredith’s behavior of late, even if it’s unclear how Shonda Rhimes feels about her characters in any given season. 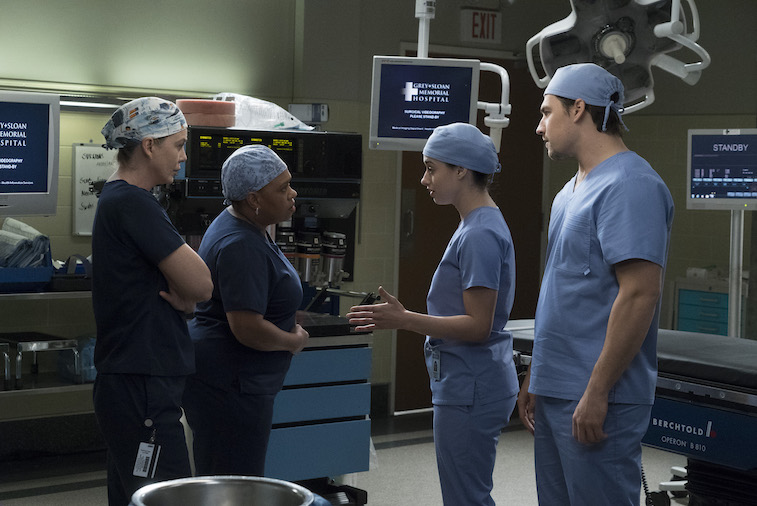 Anyone who’s watched Grey’s from the beginning knows Meredith Grey wasn’t quite the same person then as she is now. She’s gone through a lot, including losing many people in her inner circle.

Death is going to change people, either positively or negatively. According to fans on Reddit, it didn’t change Meredith for the better. One poster started a lengthy thread just to vent about how much they don’t like the character. In the minds of some fans, Meredith thinks everything revolves around her and nothing else matters.

What fans call out the most is Meredith overreacting to things and thinking she’s right when she might not always be. Of course, this may be intentional on Shonda Rhimes’ part in making the character more complex as Meredith becomes older. Let’s also remember one thing: Her name is in the title of the show.

Even though Grey’s has a large cast and sometimes extensive focus on other characters, Meredith Grey was intended as the main focus from the get-go. The fact that Pompeo is still with the show proves she respects the direction of the character. Or, then again, does she?

It’s worth pondering whether Ellen Pompeo loves the way her Meredith Grey character is developing. One would think so since Pompeo’s popular enough to leave if she thought the character was falling apart.

Not that other actors didn’t take the initiative to speak up when they thought their characters were doing things without logic. Katherine Heigl is the most notorious example, prompting Rhimes to write Dr. Izzie Stevens out of the show, apparently forever.

Then there are similar internal wranglings with Patrick Dempsey, prompting Rhimes to kill off his character, Dr. Derek Shepherd. Perhaps Pompeo knows what happens to characters if the actors complain too much about the writing paths.

At least Pompeo has fans on her side when things go off the rails. Earlier this season, fans talked about how unfair it was for Meredith to be unemployed due to insurance fraud when Bailey had done the same once and gotten away with it.

Most of the characters are arrogant

Another good point was made by one Reddit user above. Considering some of the beef over Meredith is that she thinks she knows it all, many forget most of the main doctors in the show are the same way.

Rhimes knows how to tap into the minds of arrogant people, probably prompting real doctors to protest in such a depiction. In reality, it may be this way in many prominent hospitals based on internal politics and the increasing importance of doctoral knowledge.

What’s good about Meredith Grey is everyone’s seen her emotional, human side as well. Death of loved ones over the years has shaped her current personality, and no one’s ever the same when it happens to them.

This said, everyone on the show has gone through more trauma than most individuals do in a lifetime.