Note: The following article contains discussion of rape/sexual assault that some readers may find upsetting.

The Handmaid’s Tale is known for being pretty full-on and unrelentingly bleak, but sometimes there are scenes that even the cast think go too far.

Case in point, a scene in season two of the series where Commander Fred Waterford and his wife Serena were on a diplomatic visit across the Gilead-Canada border was to end in her being raped.

However Joseph Fiennes, who plays Fred, refused to film the scene. 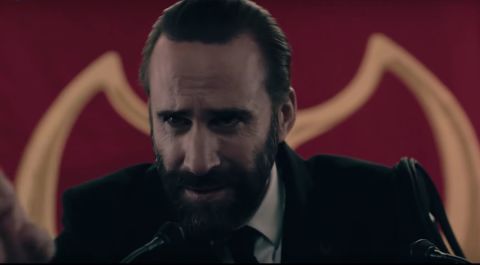 Recalling how he put his foot down to Entertainment Weekly, Fiennes said: “I guess in many ways, as abhorrent and nasty and evil as Fred is, I have to defend parts of him.

“In episode 9 (of season 2), we had a moment where Fred was going to rape – after meeting Luke – rape Serena in a hotel room straight after, and it just didn’t track for me. I had to go out on a limb and refuse to do it because I felt that even though Fred is who he is, he’s human. 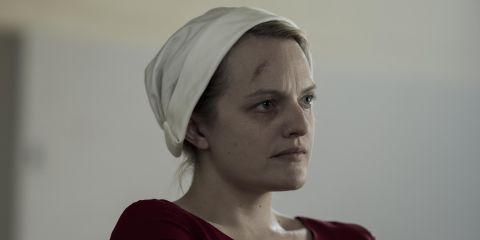 “And I think that he would be reeling from the interaction with Luke, and that suddenly the reality comes face to face with him and he would be digesting that and trying to understand it, and he wouldn’t necessarily be switched on by being in Canada in a new hotel and trying to heavily persuade his wife to do something that she wouldn’t want to do.”

Fiennes added that he convinced the people behind the show to drop the scene after “long emails and defending and pushing”, stating that “it didn’t need a heavy scene to kind of suddenly push (Serena) over the edge”.

Of course, viewers will know that the following episode did contain a rape scene, involving Fred, Serena and Offred/June, which viewers found extremely hard to watch. 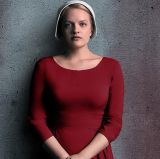 The Handmaid’s Tale airs on Hulu in the US and on Channel 4 in the UK.

Rape Crisis England and Wales works towards the elimination of all forms of sexual violence and sexual misconduct. If you’ve been affected by the issues raised in this story, you can access more information on their website or by calling the National Rape Crisis Helpline on 0808 802 9999. Rape Crisis Scotland’s helpline number is 08088 01 03 02.

Readers in the US are encouraged to contact RAINN, or the National Sexual Assault Hotline on 800-656-4673.