Harmony Kendall was a student at Sunnydale High when Buffy The Vampire Slayer (played by Sarah Michelle Gellar) moved to the area. She was a popular friend of Cordelia Chase (Charisma Carpenter) who was sired by another vampire during the graduation day episode. She left the series suddenly in season five and fans are keen to know what happened to her.

What happened to Mercedes McNab as Harmony in Buffy?

Harmony appeared in the first three seasons of the supernatural teen drama as one of Cordelia’s clique.

She often made fun of Buffy’s friends and later rejected her own friend Cordelia following her brief relationship with Xander Harris (Nicholas Brendon).

During the students’ graduation day she was killed by a vampire and reappeared in season four, in the episode The Harsh Light of Day.

She began a relationship with the main antagonist Spike (James Marsters) but he grew frustrated with Harmony’s infatuation.

Harmony could not understand why Spike was so obsessed with killing Buffy and she wanted him to herself. 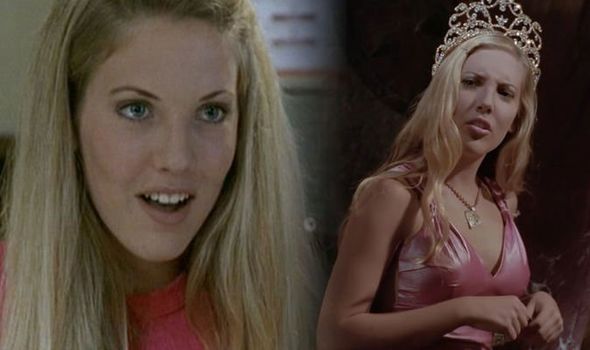 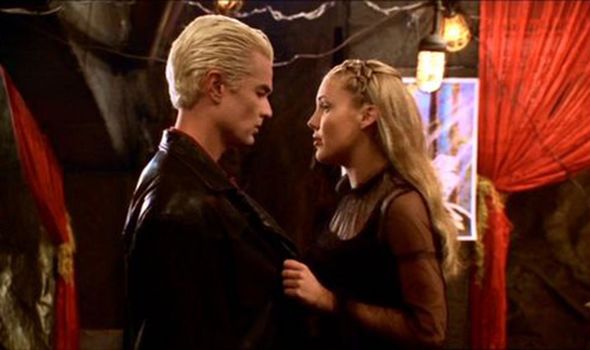 The pair ended up breaking up due to Spike’s infatuation with Buffy and she was determined to become a strong and independent woman.

She even attempted to form her own gang to kill Buffy but her plan backfired and she ended up rejoining Spike in order to keep out of trouble.

Their relationship did not last long, however, as Spike realised he had developed romantic feelings for Buffy.

He used Harmony to play out his fantasies but he cast her aside when his former lover Drusilla (Juliet Landau) returned.

Spike had been about to declare his love for Buffy when Harmony attempted to kill him with a crossbow, but she failed and ended up escaping. 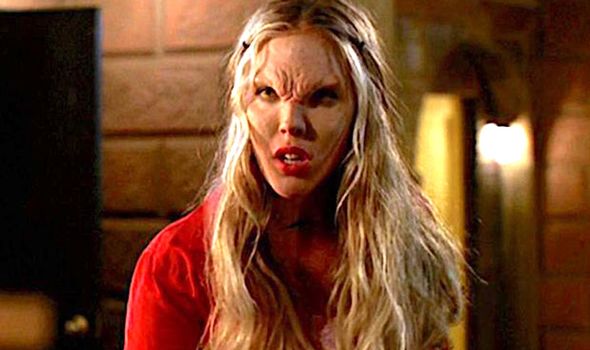 She was not seen again as part of the Buffy series and this was due to the fact she went on to star as one of the main cast in the spin-off series Angel.

Harmony had left Sunnydale for LA and she paid a visit to Cordelia, who had no idea she was a vampire.

Two years passed before she got a job at the organisation Wolfram & Hart and was later hired as Angel’s (David Boreanaz) personal secretary.

At the end of the series, she betrayed Angel and he fired her from her role.

She had originally been created as a minor character but due to her popularity she was bumped up to series regular. 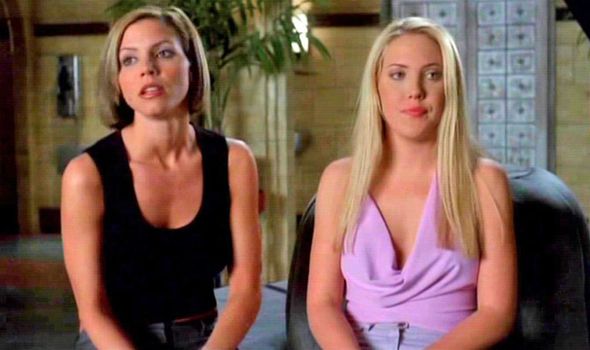 The Canadian actress, who is now 40, went on to star in episodes of Dawson’s Creek, Supernatural and Criminal Minds after leaving the Buffy universe.

She is married to real-estate developer Mark Henderson and they have a daughter together who was born in 2013.

In a BBC interview, the star revealed she had originally auditioned for the role of Buffy, but she was happy with how things worked out.

She said: “Well I wouldn’t be complaining if I’d got to be Buffy, I’ll tell you that now, but I can’t complain that I get to play Harmony either.

“I love my character, I think I’ve grown into her as the years have gone by. She’s expanded and I never perceived in the beginning that Harmony would be the character that she is today, so I can’t complain.”

She admitted she did not think her character would have remained part of the show had she not been turned into a vampire.

McNab said: “Personally I thought she was a little stale and boring but now she’s a vampire there are so many different facets to her personality. Like the strength that she’s acquired through being a vampire.”

The star was only 16 when she filmed the pilot episode, saying she had only just received her driver’s licence.

On hearing her character was to become a vampire, she said it had been a total surprise.

Fans are still in love with Harmony’s character to this day, with one saying on Twitter: “I don’t mind confessing to being a little bit in love with both Harmony & Mercedes herself [sic].”