Aside from his accelerated healing factor, Deadpool’s most important power is the ability to take the piss out of everyone and everything, even if they don’t belong in the same cinematic world as him. While fellow X-Men such as Logan and Professor Xavier aren’t safe from Deadpool’s trolling, heroes from Marvel and DC are mocked in a particularly brutal way by our titular hero in Deadpool 2.

Deadpool might not compare superheroes as harshly as star Josh Brolin did in real life, but that doesn’t mean Wade Wilson’s rivals get off lightly either. Let’s break down every reference to Marvel and DC in Deadpool 2. 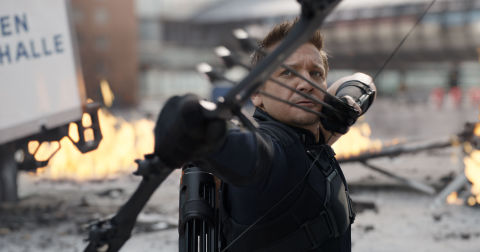 Cancer raged throughout Deadpool’s body once again after his powers were negated by the prison guards, making him as useless as the Avengers’ most maligned team member. This jab is even more brutal following Hawkeye’s absence during Avengers: Infinity War, although the archer might still redeem himself in Avengers 4.

Robotic arms are nothing new to the superhero genre and Deadpool knows it. At one point, he compares Cable to fellow cyborg Bucky Barnes from the MCU, but the buck doesn’t stop there. Deadpool also questions later why robot arms have become such a trend, likely referencing Misty Knight’s new accessory in Marvel’s Luke Cage too.

Ryan Reynolds joins a long line of Hollywood stars who have uttered this immortal phrase, including Michael Keaton and Christian Bale, although he’s the only one so far that did so on screen without wearing the Bat-Ears too.

When Cable tells Deadpool that he’s “just a clown dressed up as a sex toy”, Deadpool delivers this zinger that drew plenty of laughs when we first heard it in a trailer earlier this year. To be fair, Cable’s grim demeanour certainly wouldn’t feel out of place in the majority of DCEU movies, but that’s what makes him such a delightful target for Deadpool. 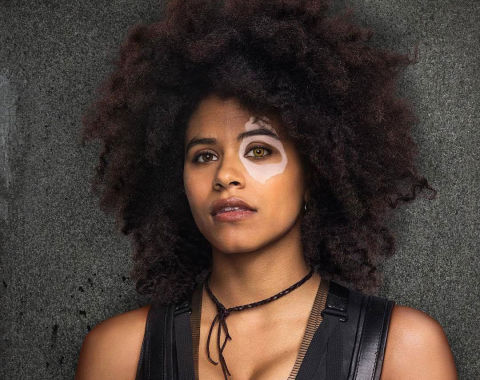 Sure, Domino is a kickass female superhero just like Black Widow, but the similarities don’t end there. After all, it’s hard to deny that Scarlett Johansson’s character was pretty lucky by the end of Avengers: Infinity War too… 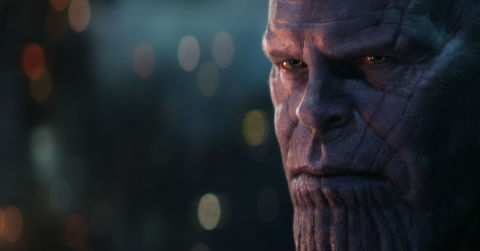 The fact that Josh Brolin has appeared in two superhero blockbusters within a matter of weeks hasn’t escaped Deadpool’s notice. He should be rather grateful that Brolin tackles the role of Cable here though instead of Thanos. Deadpool can heal after enduring almost any injury, but we’re not sure that even he could survive being dusted by the Infinity Gauntlet.

In his attempts to calm down the Juggernaut, Deadpool utters the same phrase that Black Widow used to coax the Hulk out of his rages in Avengers: Age of Ultron. Of course, Professor Xavier’s brother isn’t so open to the idea and instead tries to smash Deadpool into an avocado-like paste.

Black Panther has become a worldwide icon this year following the success of his first solo movie and it appears that Deadpool must have nabbed a ticket too, comparing his friend Dopinder to the Wakandan King following their victory.

It’s easy to forget now, but there was a time when Ryan Reynolds wasn’t as popular as he is today thanks to sub-par roles in Green Lantern and X-Men Origins: Wolverine. Now that he’s back on top with Deadpool 2, the Canadian star finds catharsis in the post-credits scene when he travels back in time to kill a younger version of Reynolds before he accepts the role of Green Lantern.

While Marvel and now DC also try to link their films through each post-credits scene, Reynolds would rather look to the future by quite literally burying the past, creating one of cinema’s most well received stingers in the process.

Deadpool 2 is out now in the UK and the US. Book tickets here.