Here's How Christopher Meloni's Elliot Stabler Returned to 'Law and Order: SVU' After a Decade Away

And set up his “Organized Crime” spinoff 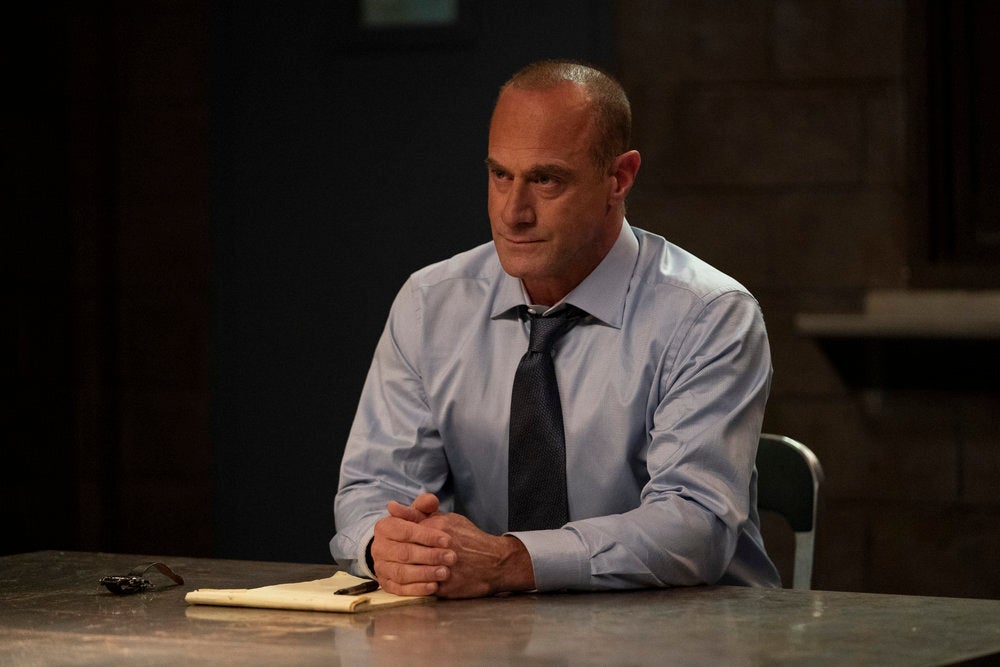 The episode, aptly titled “Return of the Prodigal Son,” opens with Benson being called to the scene of a car bomb explosion on her way to receive some award. When she arrives, she notices the badly burned woman who is being moved into an ambulance is someone every important to her who she hasn’t seen in years: Elliot’s wife, Kathy Stabler (Isabel Gillies).

But Olivia doesn’t even have time to fully process Kathy’s injuries before she hears Stabler’s voice behind her, “Liv!” She turns and sees Elliot, who last appeared on “SVU” in the Season 12 finale, and the two walk toward each other as she exclaims, “Oh my God” at the shock of seeing him again.

Liv is confused, having not a clue who “they” are, but she and Elliot spend the rest of Thursday’s “SVU” trying to figure that out as Kathy is in intensive care in the hospital.

That’s when fans learn that over the last 10 years, Stabler had a “walkabout” before moving into private security in Europe and then joining a terrorism task force, where he was a liaison to the NYPD for sex trafficking and organized crime cases. Olivia confronts Elliot about why he didn’t talk to her before he left the force, a choice he made after fatally shooting a young woman who was trying to get revenge for her mother’s murder, he and he tells her if they had spoken, he wouldn’t have been able to leave.

Elliot tells Liv that he and Kathy were actually in town see her get that award she didn’t make it to.

Kathy ends up dying suddenly before the episode ends, setting up Elliot’s journey to catch her killer in the “Law & Order: Organized Crime” spinoff, which premiered immediately after “SVU” last night.