There are all sorts of people featured on the long-running HGTV show House Hunters. Singles, couples (heterosexual and same-sex), parents moving in with kids, adults who are committed to their pets, and so on. The network has never shied away from showing all sorts of living situations. But their recent episode featuring a throuple looking for a home to share together has some more conservative viewers very upset.

Here’s why House Hunters fans had mixed reactions to the now infamous throuple episode, “Three’s Not a Crowd in Colorado Springs.” 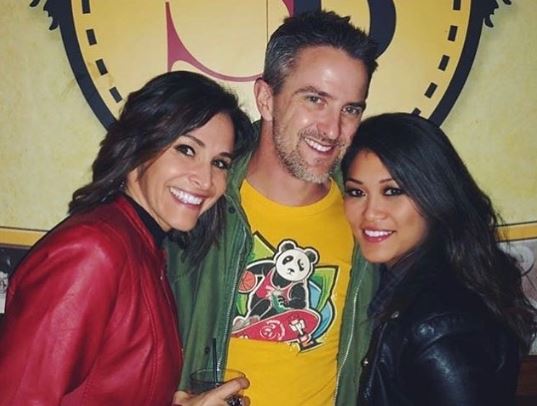 Geli never expected to become a permanent part of Brian and Lori’s family. But now she’s glad they did. “I didn’t plan on being in a relationship with a married couple, but it just happened very naturally, organically,” she told NBC News. “Buying a house together as a throuple will signify our next big step as a family of five, rather than all four of them plus me.”

The three adults are committed to one another

Since marriage is legally defined as only applying to two individuals,Angelica joined the family of four in a commitment ceremony instead. “This has nothing to do with church and state;it’s a commitment between the three of us. We are all equals in thisrelationship,” Brian explained.

“Lori and I gotmarried in 2002, and we have two kids…” he explained during the episode.“I understood from day one, even when we were dating, that Lori wasbisexual… and so we evolved to a point where we were comfortable havinganother woman in our lives.”

The house hunting came on the heels of a family-centered commitment ceremony in Aruba.

Most House Hunters viewerswere shocked to see the throuple featured on the show. “I was legit about tochange the channel until I heard throuple,” one Twitter user wrote. “You have my FULL attention now lol.”

The most unique challenges centered around accommodating three instead of two adults. “The throuple on hgtv wants a room that fits all three of them and three sinks in the master bathroom,” one Twitter user wrote. “Aint no body have a move in ready house with THREE SINKS.”

Most reactions to the episodewere positive, but some viewers took offense.

“The normalization of polyamoryrolls down the track, just as I and others predicted it would,” Princeton Universitylaw professor Robert P. George tweeted. He had previously predicted that thelegalization of same-sex marriage would eventually lead to the acceptance ofother lifestyle situations, such as throuples. He claimed this episode provedhis point.

“I’m disappointed in #HGTV forpromoting this as normal,” one Twitter user said in response to the episode. “Turnedit right off,” another agreed.

HGTV defendedtheir position in a statement. “Wefeature all homebuyers and living choices,” a spokesperson said. In otherwords, don’t be surprised if you see other throuples and alternative living situationson future episodes of House Hunters.