The former Disney star already has one daughter with Matthew and a son with ex Mike Comrie. 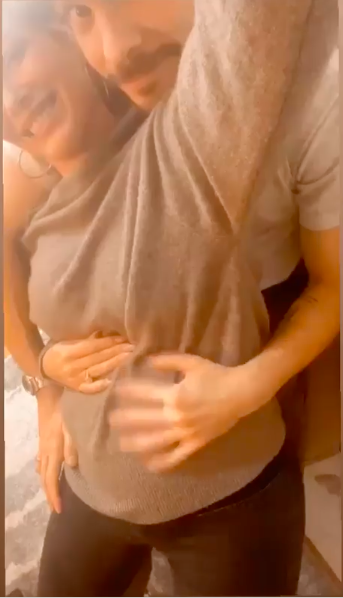 Hilary, 33, revealed on Instagram that she is expecting her third child.

Along with a video of Matthew, 33, rubbing her baby bump, she wrote: "We are growing!!! Mostly me …"

The actress had actually kept figure hidden in most of her recent snaps on Instagram, purposefully hiding her pregnancy before dropping the news.

Just two months ago, Hilary rocked a bikini, showing off rock hard abs even after indulging in bread, chocolate, and wine during quarantine.

It seems like her pregnancy will further push the Lizzie McGuire reboot back as the show was already in jeopardy.

The hit show's return was thrown into chaos in January when show runner Terri Minsky and her team were fired from the project, despite two episodes already being filmed.

Hilary then pleaded with Disney+ to pass the Lizzie McGuire reboot to a rival streamer ‘without a PG ceiling’.

The Younger star opened up about the furore in a lengthy Instagram post, revealing she had been "incredibly excited" about the new show when it was first confirmed in August last year.

But she added: "However, I feel a huge responsibility to honor the fans' relationship with LIZZIE, who, like me, grew up seeing themselves in her.

"I'd be doing a disservice to everyone by limiting the realities of a 30-year-old's journey to live under the ceiling of a PG rating."

They alsowelcomed their daughter, Banks Violet, in 2018, in a water birth.

Hilary is also mom to eight-year-old Luca Cruz, whom she shares with ex-husband Mike.

The two split back in 2014 after just three years of marriage.