'Hive' Director on Why Kovoso Is Hotbed for Strong Female Filmmakers

TheWrap magazine: ”It’s a case of being inspired by one another,“ says Blerta Basholli, the third woman in four years to represent the country at the Oscars

A version of this story about “Hive” first appeared in the International issue of TheWrap’s awards magazine.

One of the most intriguing stories in international cinema is happening in the small Balkan country of Kosovo, which has only been an independent state since 2008. For the last eight years, the country has submitted a film to the Oscars international race every year – and over the last four years, three of those submissions have come from female directors.

The films are often about the plight of women in a patriarchal society, particularly in the aftermath of the wars in the Balkans in the 1990s, but they are evidence of a flowering of creativity from a group of female directors that includes the three whose films have been Oscar entries – Blerta Zeqiri, Antoneta Kastrati and Blerta Basholli – plus others.

This year’s entry is Basholli’s “Hive,” which is based on the true story of Fahrije Hoti, who overcame resistance from local men to start her own company after her husband went missing in the Kosovo War after the breakup of Yugoslavia. It premiered at Sundance and won audience, jury and directing awards in the World Cinema Dramatic section. Basholli detailed her experience making the film.

The society that we see depicted in many Kosovan films is strict and patriarchal, but the country is producing a very strong crop of young female filmmakers. How has that happened?
I don’t know how it happened. In the last decade, our film center got new management, who opened the doors to new filmmakers. And we just basically applied and won (grants). It wasn’t like there was a quota that they needed to fulfill by giving funds to women filmmakers. 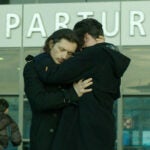 But also, I think it’s a case of being inspired by one another, and seeing examples like Blerta Zeqiri, who did the (short) film “The Return” with almost no money and made it to Sundance. I was studying in New York at NYU when she came Sundance with that film, and it really made me feel that if you have a good story and you know how to tell it, it can make it to audiences around the world.

And this year, we have “Vera Dreams of the Sea” by Kaltrina Krasniqi and “Looking for Venera” by Norika Sefa and “The Hill Where Lionesses Roar” by Luana Bajrami. It really is a lot of films, and especially this year, a lot of women filmmakers have traveled around to festivals like Cannes and Venice and Rotterdam.

When did you decide that you wanted to be a filmmaker, and did it feel like something you’d be able to achieve?
Well, I was 18 when I enrolled in the Academy of Arts in Pristina. For me, the main thing was a way of expressing myself. I watched a lot of films with my father, which were mostly Western films. He painted a lot and did a lot of photography, and he watched Western films because he wanted to watch films where people don’t talk a lot. He doesn’t speak any English and he didn’t want to read subtitles. He just wanted to look at beautiful imagery, and I watched a lot of films with him, which made me fall in love with image.

But to answer your second question, I never thought I could make a feature film. When I was studying, we really had no equipment, and the center only really financed movies from older directors who studied in the old Yugoslavian times. There really was not much hope for younger filmmakers. But things started to change. I studied in the U.S. and that made things happen for me, but also things changed in Kosovo and we were able to apply and be financed.

Much of the cinema from the Balkans deals with the wars of the 1990s, but “Hive” finds a new approach by looking at a woman trying to move on with her life despite the uncertainty of what happened to her missing husband. How did you hit upon this story?
Initially, it was a story that I heard on the TV. But the true spark was when I met the real woman. She really gave me strength and changed me forever — as a person, as a filmmaker and as a mother. So I just really wanted to portray that on screen. The way she never gave up, the way she gathered a community around herself. I was like, “I have to put this person on screen.”

What were the keys to how you wanted to film the story?
She doesn’t give you a lot of expression when you’re talking to her. So how do you make the audience feel the way she makes me feel, without having to say too much? I really wanted everything to be seen through her, so we usually had the camera on her, and at times we were watching her reaction rather than seeing the characters when they’re saying something to her. And at the same time, when you show anxiety and inner emotions, I wanted to keep it as subtle as possible. I was very much inspired by a lot of filmmakers, but especially the Dardenne brothers.

One of the final scenes in the film is particularly powerful, when Fahrije goes into a room where long tables are covered with the belongings of people whose bodies have been found. Were there specific things you were trying to achieve in that scene?
Well, as I was doing the research and when I was writing the script, I was thinking, I don’t want the audience to leave the screening with no hope. But how happy an ending can you have with this kind of story? So that was really, for me, the most challenging part. I really wanted to understand how it feels to look for someone for so long.

Even before going into production, I asked Fahrije one more time, “Do you wait for him? Do you still think he’s going to come back?” And she said, “Sometimes, I do. Sometimes I think, what if he comes back alive?” And that answer terrified me. I thought that by now she had given up on that hope. But when she said that she is still hoping, I thought that it must be really terrible to wait for somebody for so long and not know where they are or what happened to them. To not know if they’re dead or alive, and not even have a grave to cry on.

So I couldn’t really find a happy ending, but at the same time, it was such an encouraging story because of all that she has been able to do. So it was very hard to shoot that scene. I do a lot of takes anyhow, but on this one I was crying. We tried to do it as realistically as possible, but we also wanted to give a little bit of hope and understanding. 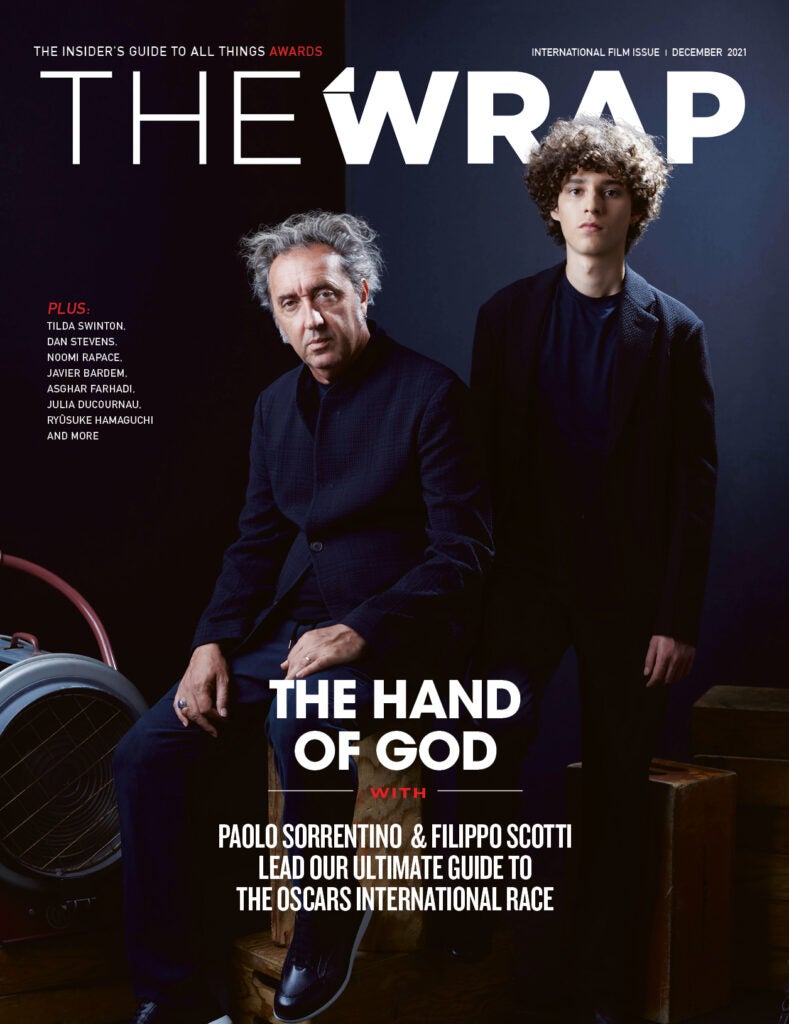 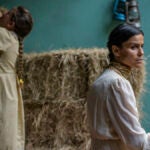