It wasn’t long before the outlandish host Keith Lemon had the celebrities taking part in one of his utterly disgusting games in an attempt to win points for their team.

In a game that required the stars to be blindfolded and guess a food by sucking the item out of a tube, viewers witnessed Bebe correctly guess a chicken drumstick and Will Mellor taste a cake that Keith had chewed up and spat out himself.

The next contestant was Holly Willoughby, she and fellow team leader Paddy McGuiness were forced to try and guess a stomach-wrenching mixture of scrambled eggs and tea.

However, things got out of hand when Keith opted to forget the tube and shove a spoonful of egg straight into Holly’s blindfolded face.

Despite Holly’s warnings, the host tried again before he was cut off by the This Morning host, who demanded he stopped, adding: “No stop putting it in my face!” 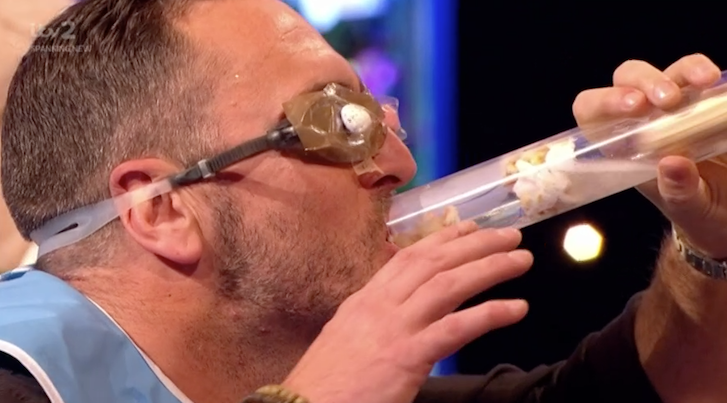 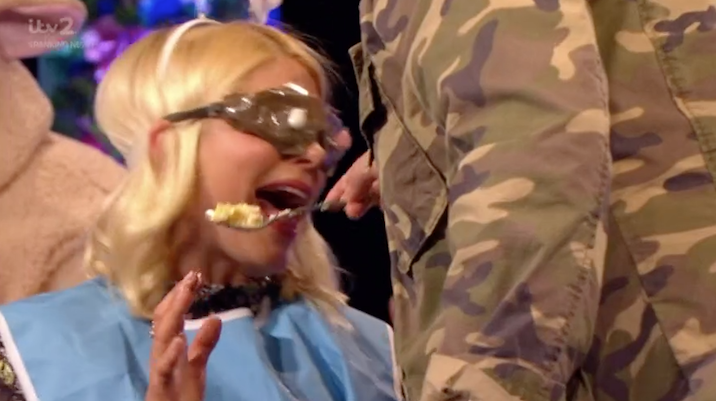 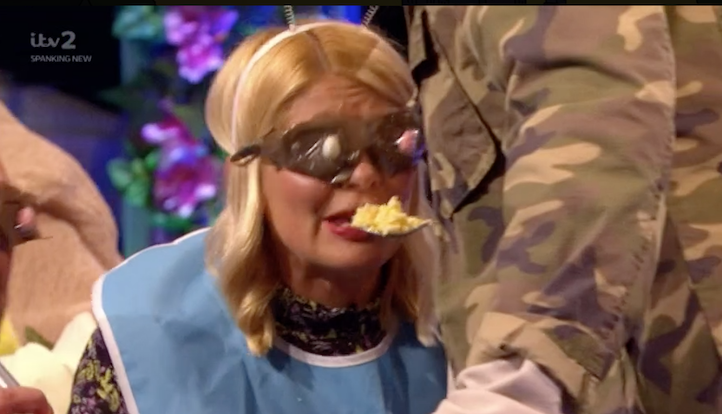 While a third added: “Holly is screaming at something disgusting on Celeb Juice!”

Celebrity Juice continues next Thursday at 10pm on ITV.