Today’s This Morning hosts Holly Willoughby and Phillip Schofield welcomed Harry Potter and The OA star Jason to the show via video link to talk about his latest movie. As they talked about his character Dick Dastardly, Jason was shocked when he learned Holly’s age insisting she was “too young” to know what he was discussing.

Jason remarked: “First of all Holly, you’re too young to remember. It’s kind of you to say but you weren’t around with Dick Dastardly.”

The actor replied: “You’re a lot older than you look!” which left the This Morning host speechless. 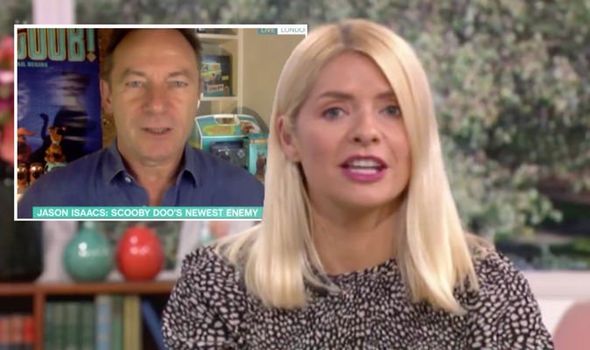 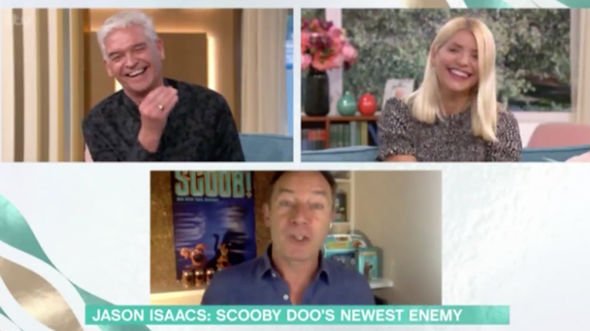 Phillip laughed: “She’s 75,” as Jason continued: “You must have got very good doing your own make-up.”

The guest went on to add more detail about his character Dick Dastardly and the storyline in Scoob!

“But I grew up watching Wacky Racers and Dick Dastardly was always trying to get Penelope Pitstop, who was my first ever crush, and failing to do so,” Jason shared. 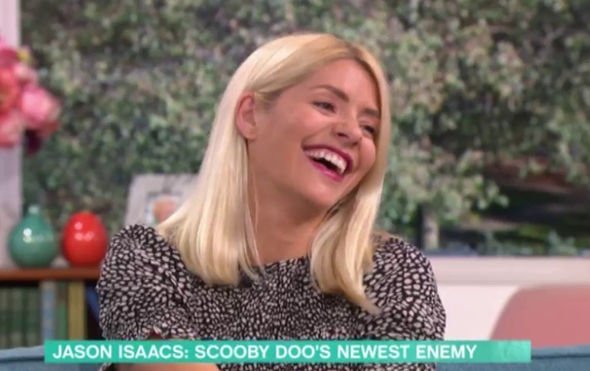 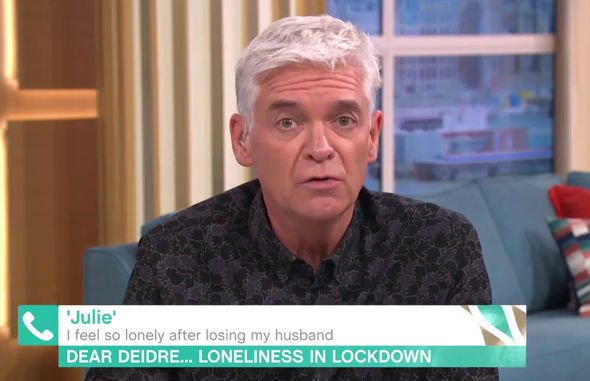 “But really, I didn’t realise this at the time, it’s a love story between Dick Dastardly and Mutley and the film has got three pairs of people and their dogs.”

Later in the interview, Holly was keen to find out if The OA would be returning to Netflix.

Sadly Jason shut down any chance of its return explaining it would not be renewed or brought back, and he was “crushed” by the news.

The interview came after Phillip opened up about his mum’s heartbreak as she deals with loneliness during the coronavirus pandemic.

The presenter explained his mother Pat has been on her own after they lost his father in 2008.

Speaking during a call-in segment about loneliness in lockdown, Phillip told viewers: “We lost my dad in 2008, and my mum will be watching now, this will make her cry.

“She feels exactly the same, it never goes away, she still feels lonely and she surrounds herself with family when she can.

“After lockdown, when things begin to get back to normal, it will get a bit better, you will always going to miss him.

“There’s always going to be that big hole in your heart.”

He went on to tell caller Julie, who is dealing with bereavement and loneliness it “will get better”.

“Once you can start to see your friends a bit more, and talk to your work colleagues, all I can say on behalf of my mum, is she still gets lonely but she surrounds herself with people, and it will get better,” he explained.

Phillip and Holly will present This Morning for the final time before the summer holidays tomorrow.