On tonight’s (June 26) E4 first-look Hollyoaks, fans got their first look at the newest member of the McQueen family to hit the streets of Chester.

Fresh out of jail and ready to cause some trouble in the ‘Oaks is Goldie McQueen’s (Chelsee Healey) jailbird half-brother Sylver (David Tag). 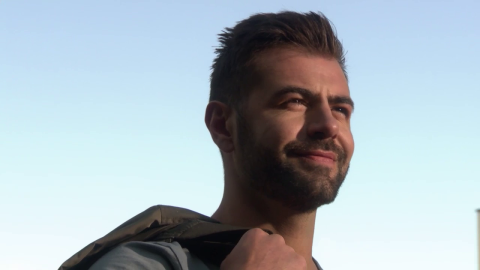 Sylver made his debut in the village after serving a long prison sentence for killing his abusive stepfather – who also happens to be Goldie’s father – several years ago and arrived just as Goldie was disposing of the morning’s newspapers with news of his release all over the front pages. 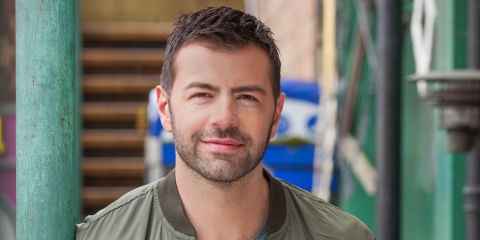 Considering Sylver murdered Goldie’s father, the siblings understandably didn’t have the best reunion – but Sylver was keen to prove to his sister that he’d changed and was ready to turn his life around.

Goldie ultimately agreed to give her brother a place to stay (we all know the McQueen house is big enough) but first she had to sweet talk McQueen matriarch Myra (Nicole Barber-Lane) and her partner Sally St Claire (Annie Wallace) into agreeing too.

Only, before she could break the news of Sylver’s arrival, Sally found the discarded newspapers, and let’s just say she wasn’t too keen on having a convicted killer moving in.

But while the rest of the McQueens weren’t too happy to see him, Sylver made quite the impression on viewers – who would be only too happy to give him a place to stay.

Hollyoaks airs weekdays at 6.30pm on Channel 4, with first look screenings on E4 at 7pm.

Digital Spy Soap Scoop video – hit play below for all the latest Hollyoaks spoilers, as the Maaliks receive a troublesome visitor and love could be in the air for Liberty and Milo.