Everyone’s favourite ‘Oaks family, the McQueens, jetted to the town on the island of Majorca as one of the ladies from the wild family prepares to tie-the-knot. 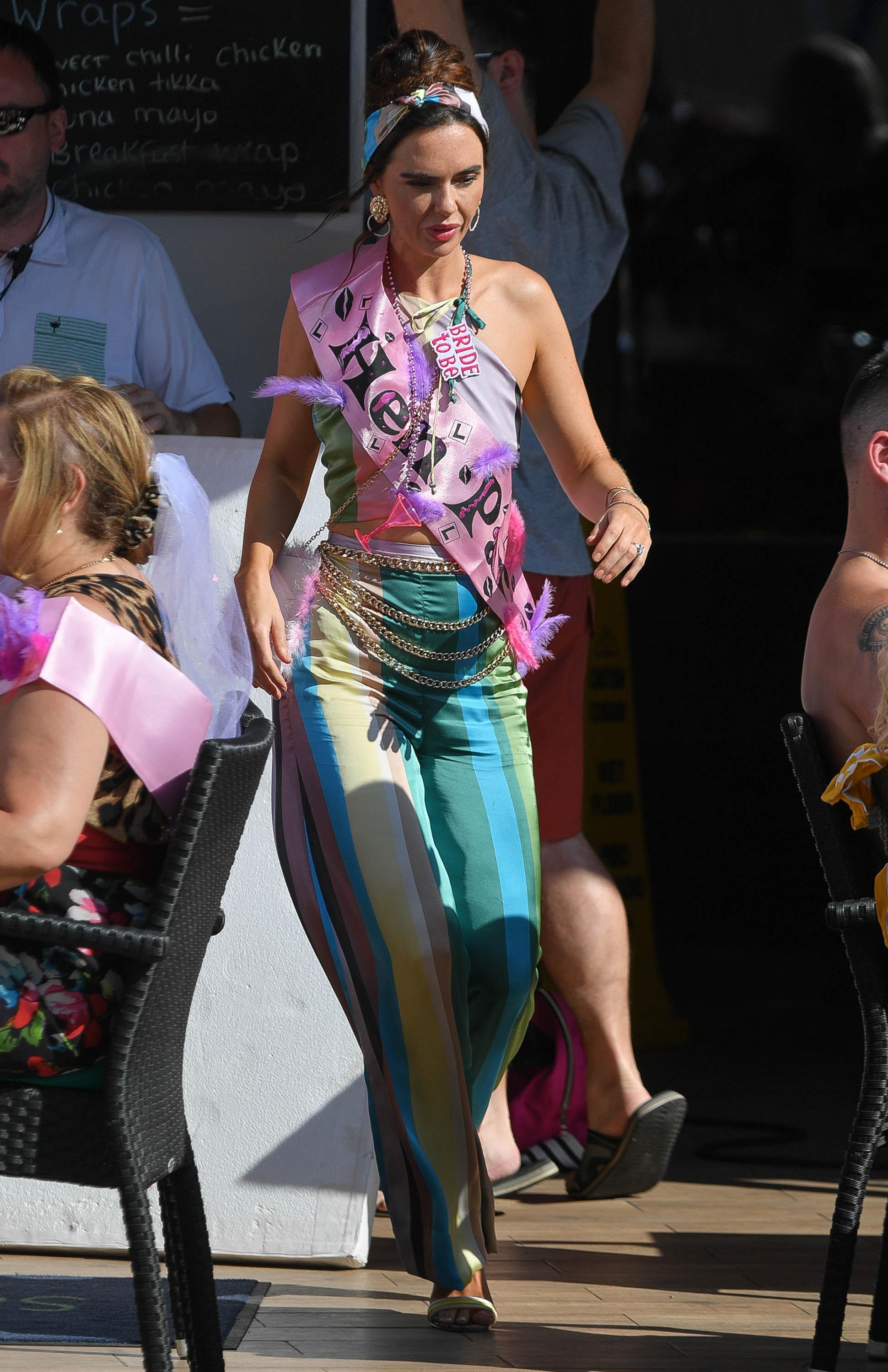 Sunsoaked scenes are being filmed in the Spanish sunshine as Jennifer Metcalfe makes her return to the Channel 4 soap as Mercedes McQueen after taking time out for maternity leave.

The cast were spotted filming scenes in the Spanish sunshine – as Jen’s character Mercedes made her long awaited return to the soap.

Jen, in character as Mercedes, could be seen knocking back champagne while dressed in ‘60s inspired style. 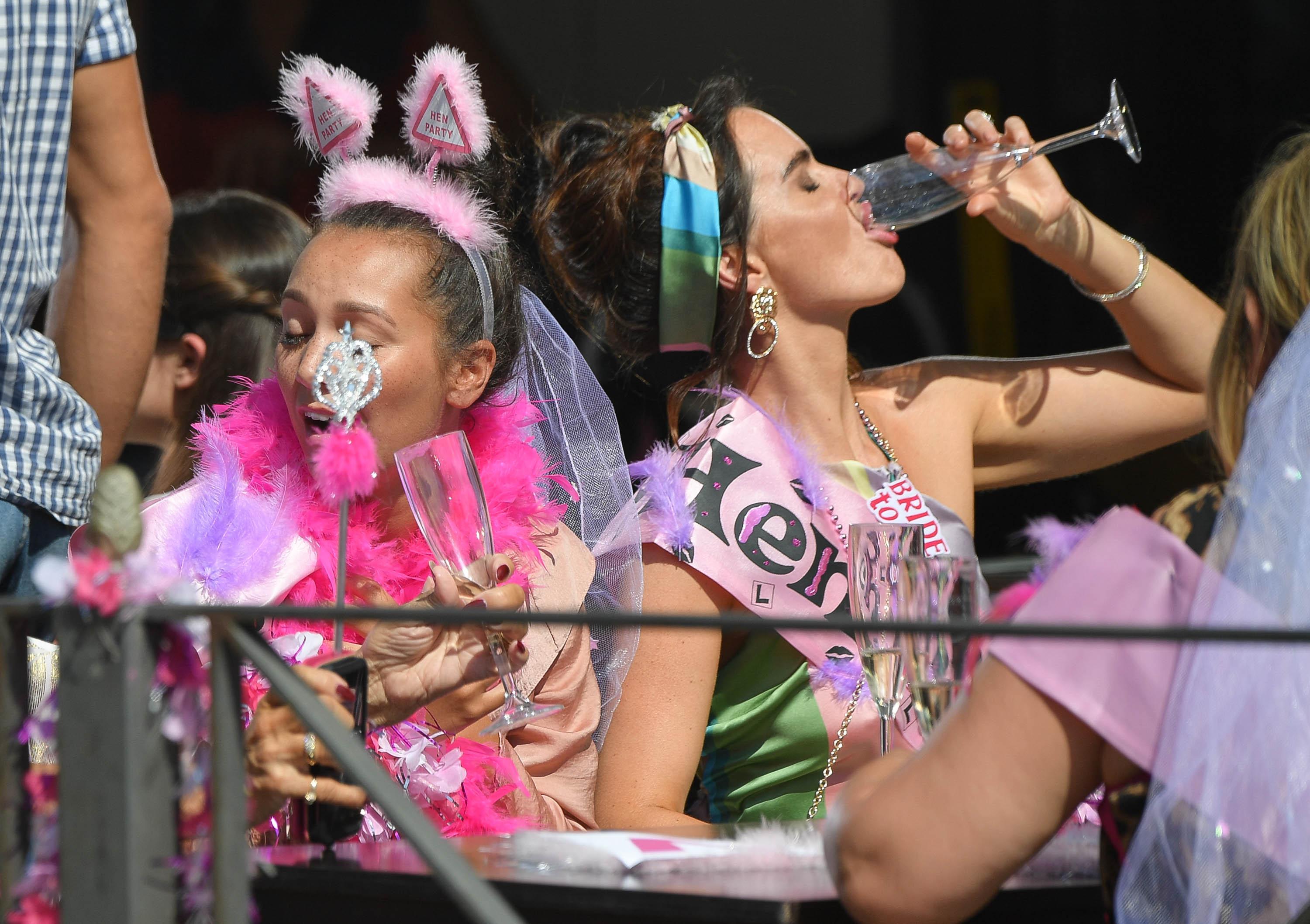 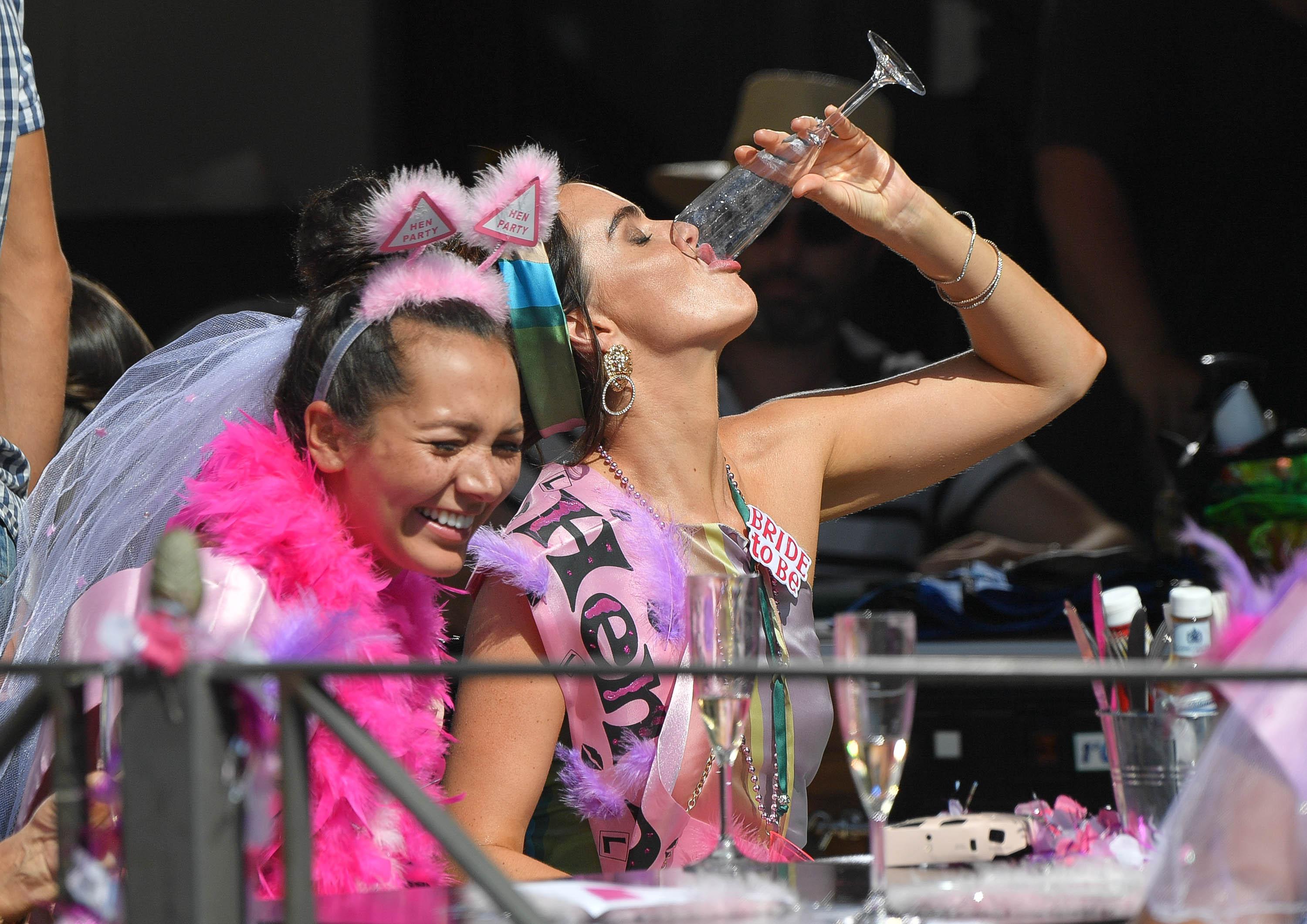 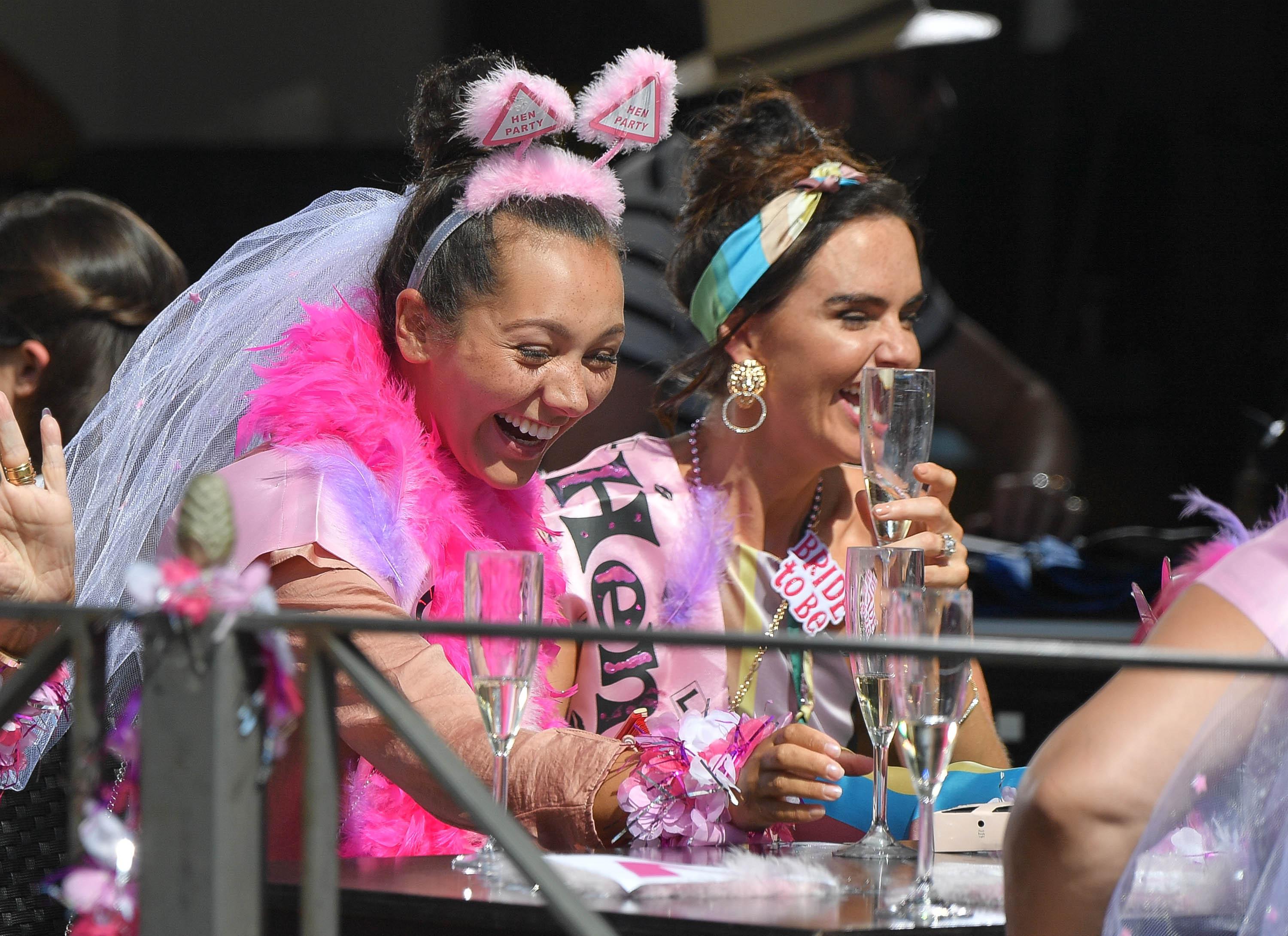 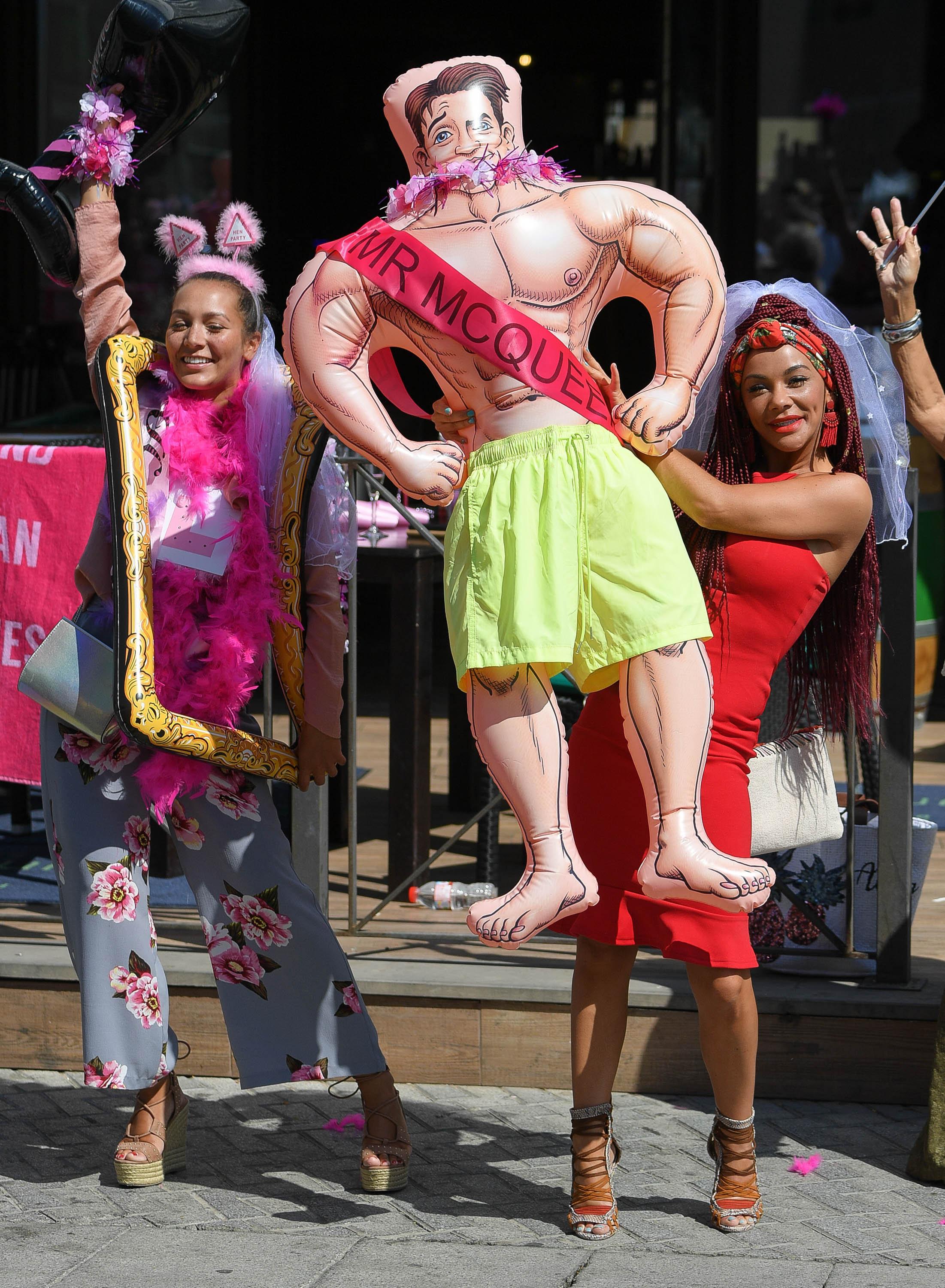 With her hair tied back in a high bun, the star looked radiant in a multi-coloured satin dress.

It would appear that Mercedes will be set to tie-the-knot as she posed not only with a ‘Hen Party’ sash, but wore a badge saying “Bride to Be”.

Co-star Nadine – who plays Cleo – was in the party spirit as she wore a fluffy tiara, feather boa, and L plates. 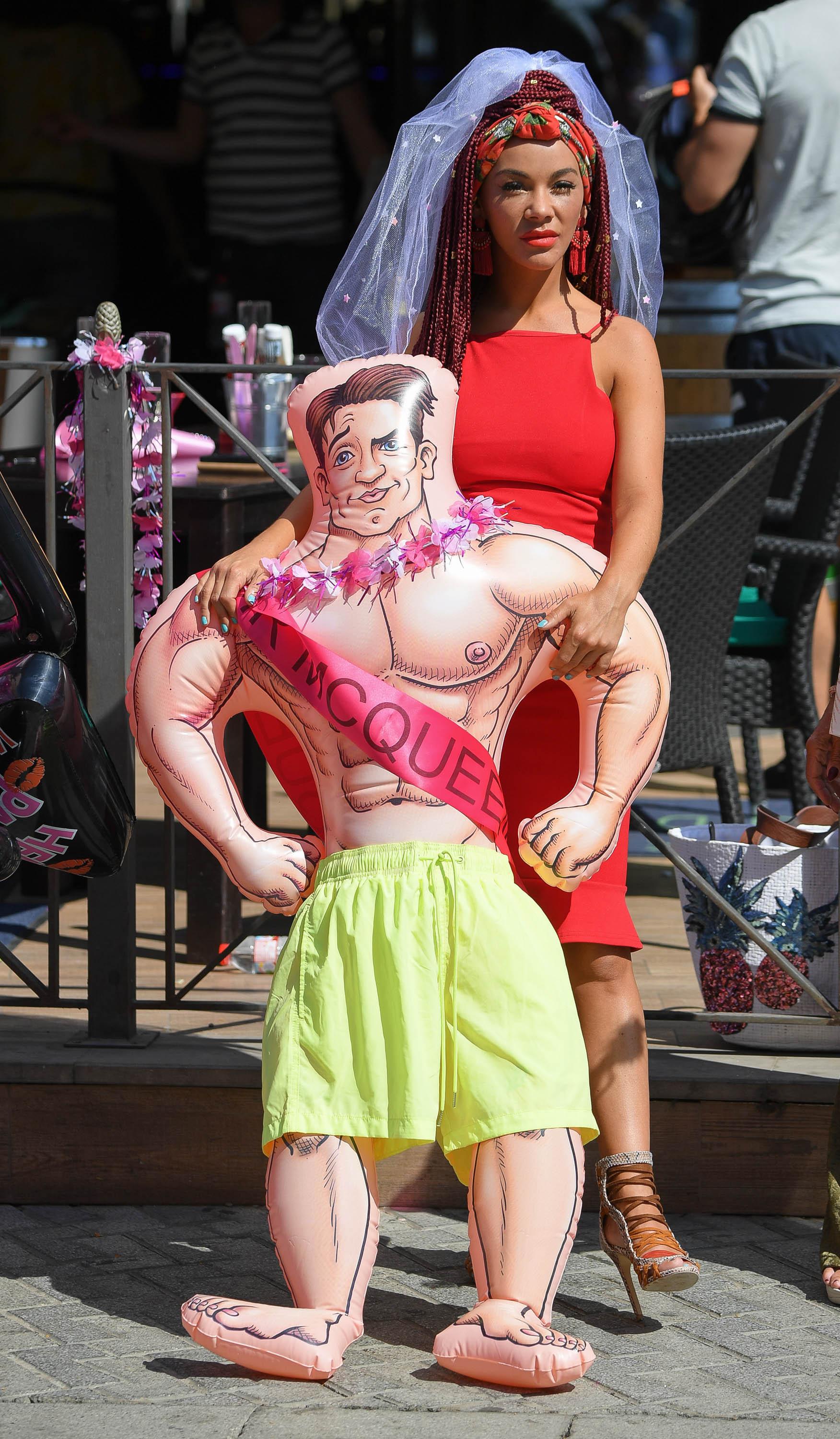 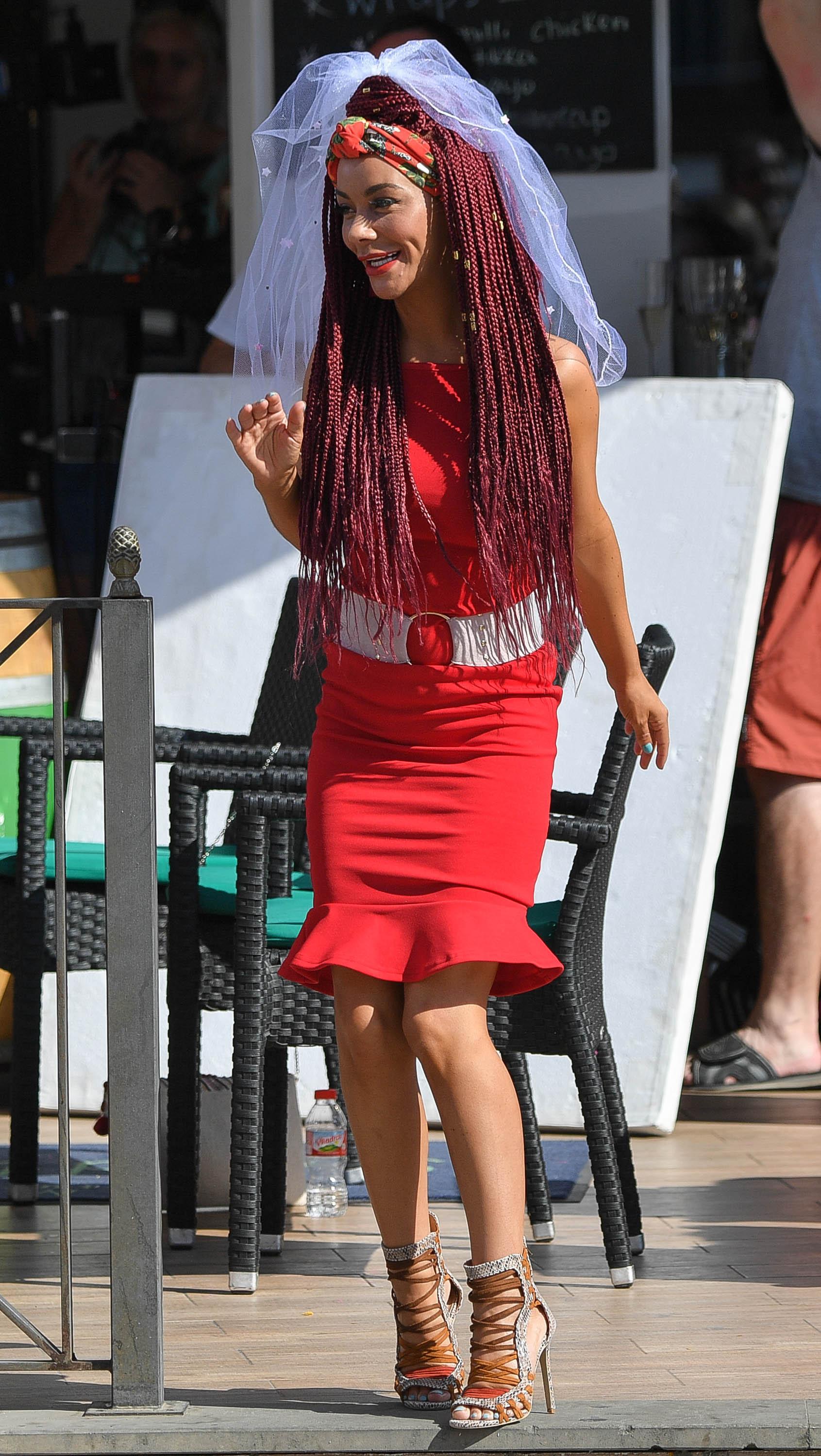 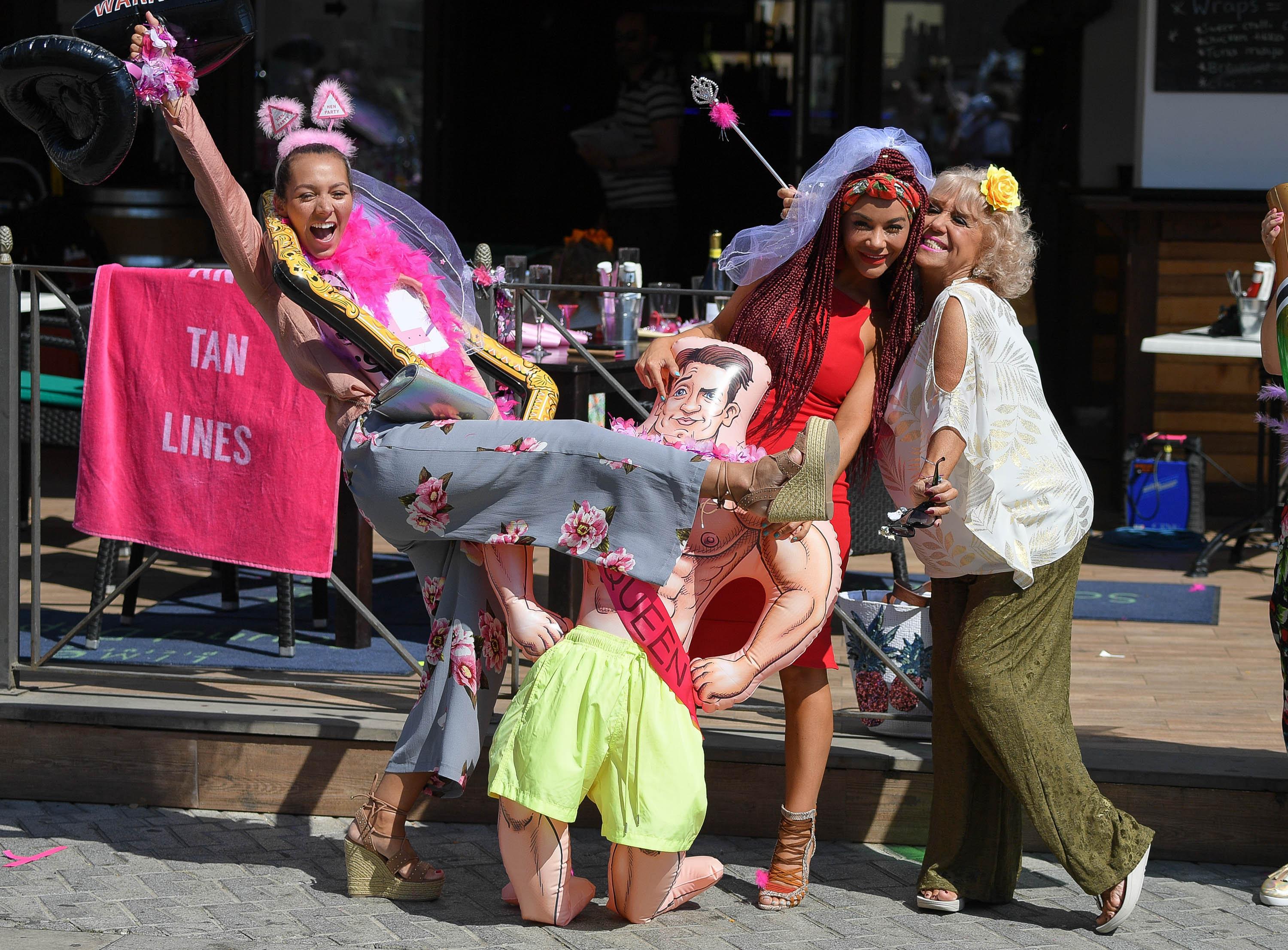 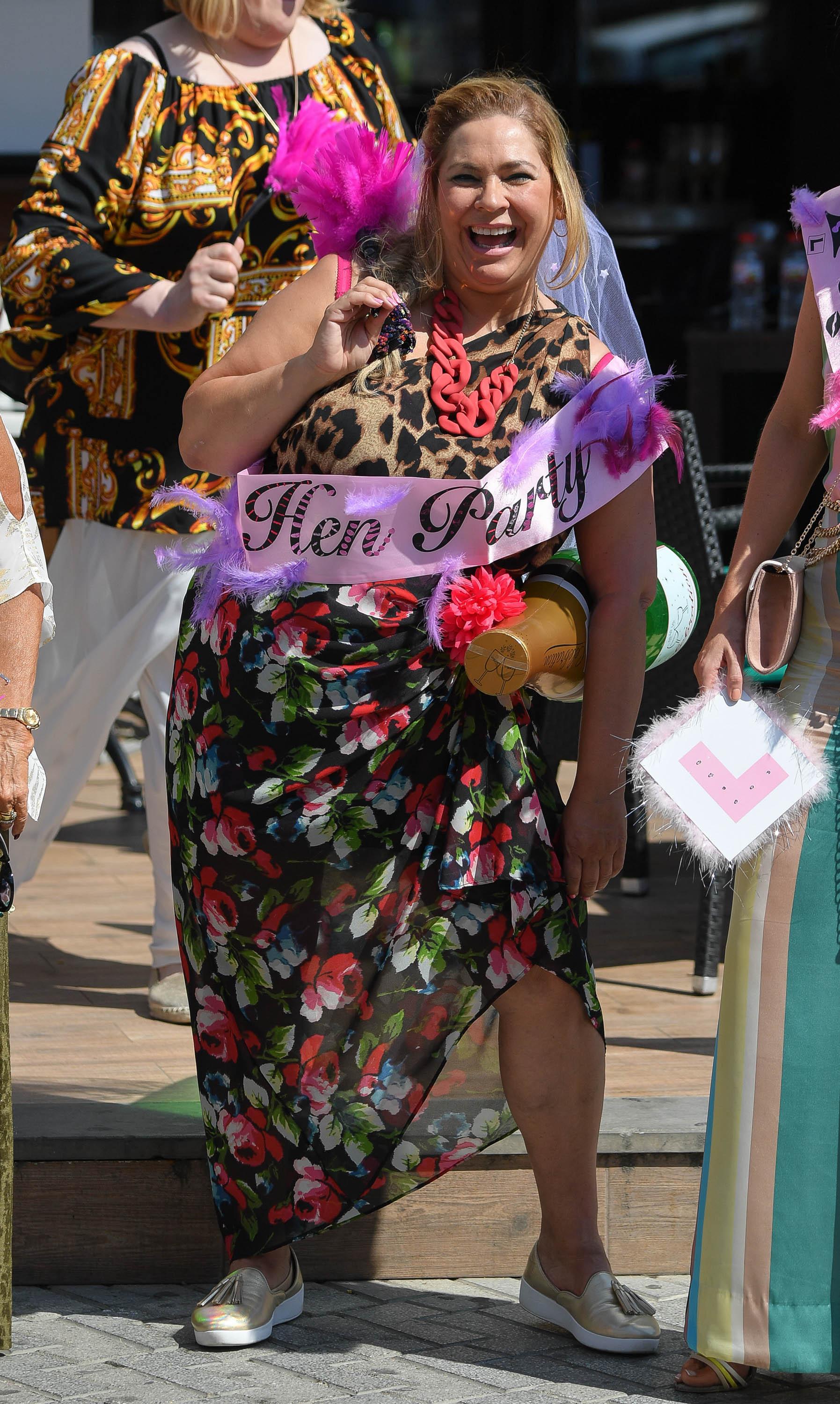 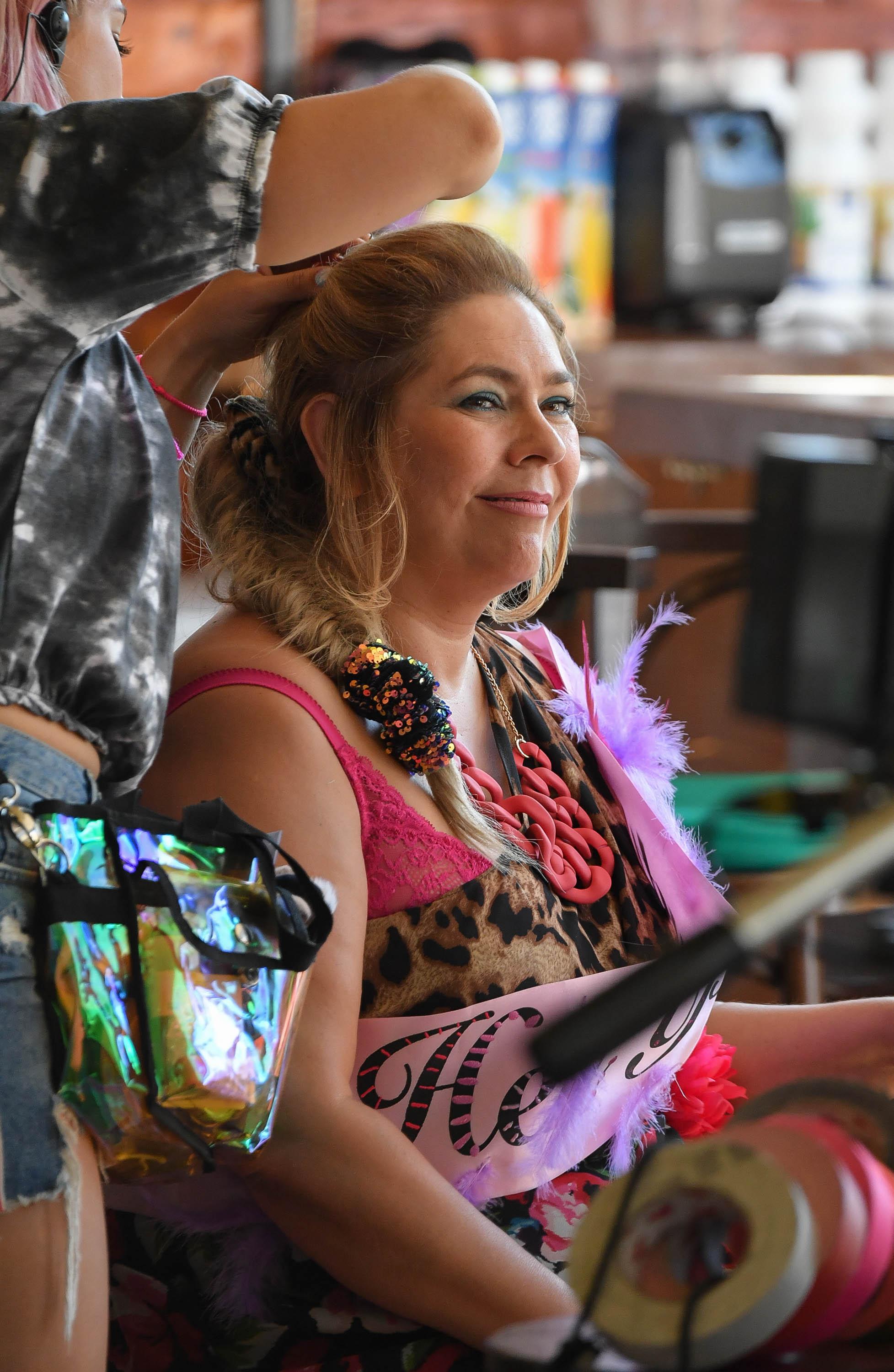 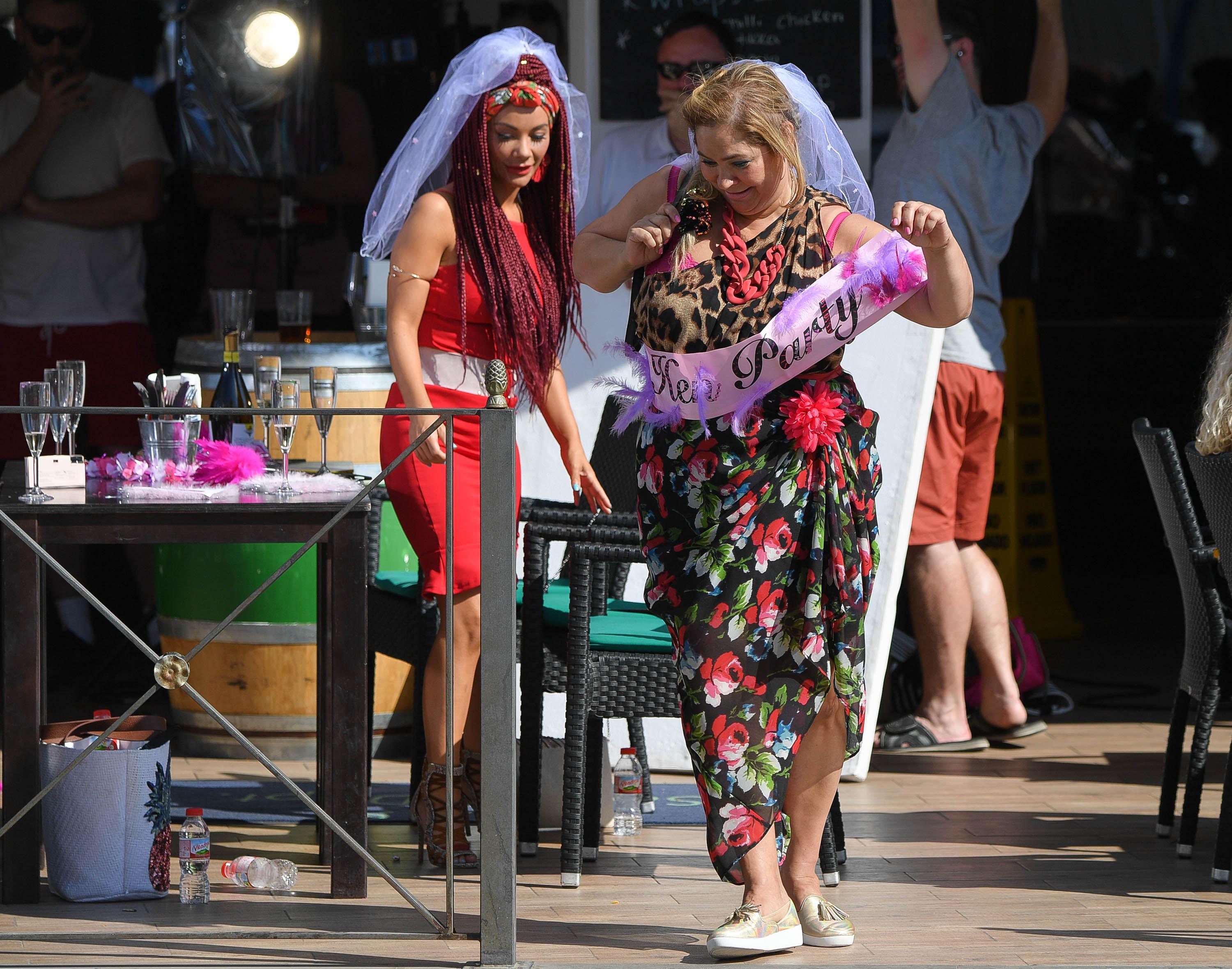 Meanwhile Chelsee – who plays Goldie – sizzled in a striking red dress and was spotted carrying around an inflatable male companion.

Meanwhile Nicole – who recently narrowly missed out on a best comedy performance gong for her role as Myra McQueen at the British Soap Awards – rocked a floral and leopard print dress as she got involved in the Hen Part antics.

Nicole flashed a smile – as well as her bra – as she was spotted being pampered between takes, and was glowing as she worked in front of the cameras while holding a giant inflatable champagne bottle. 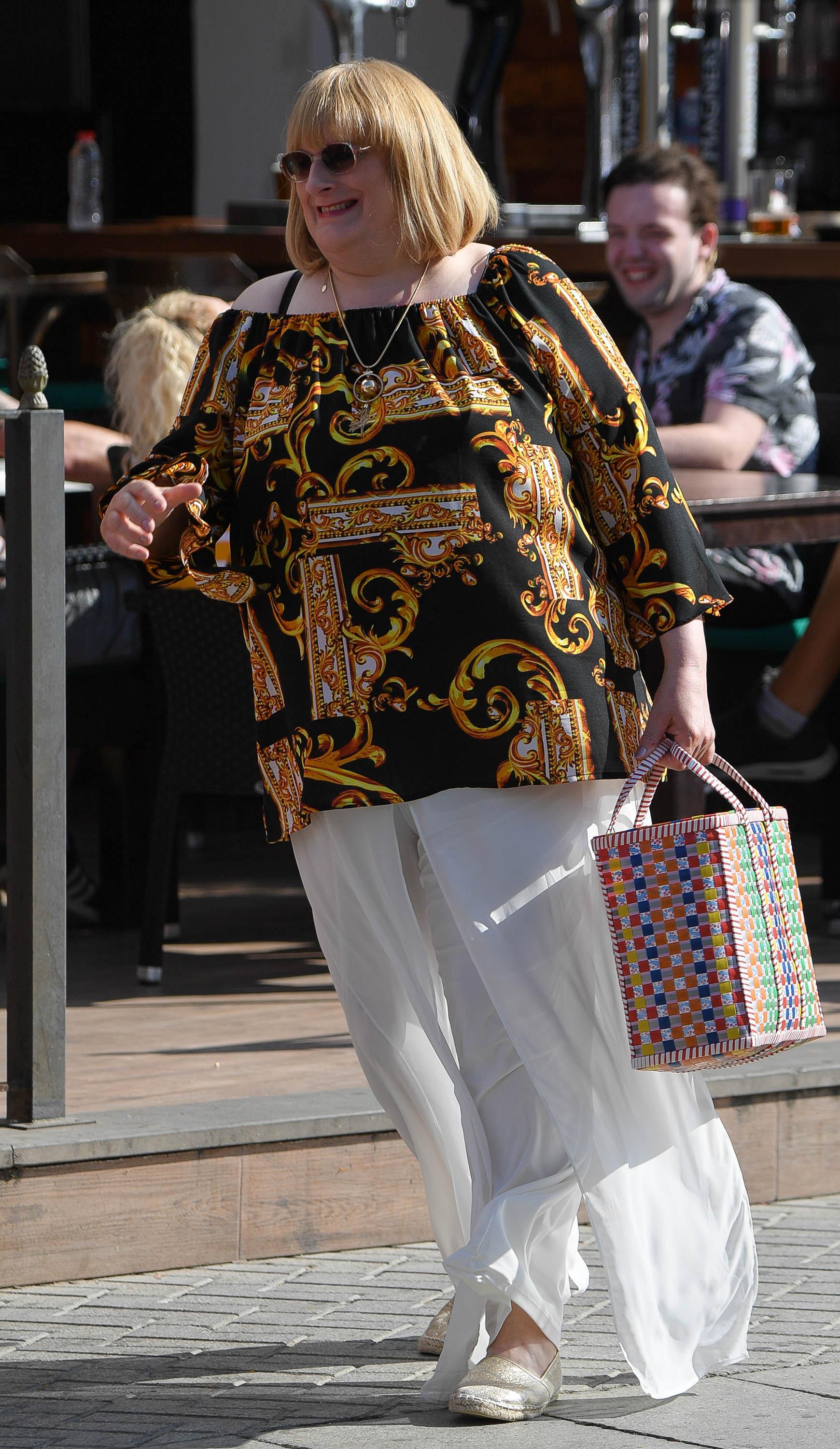 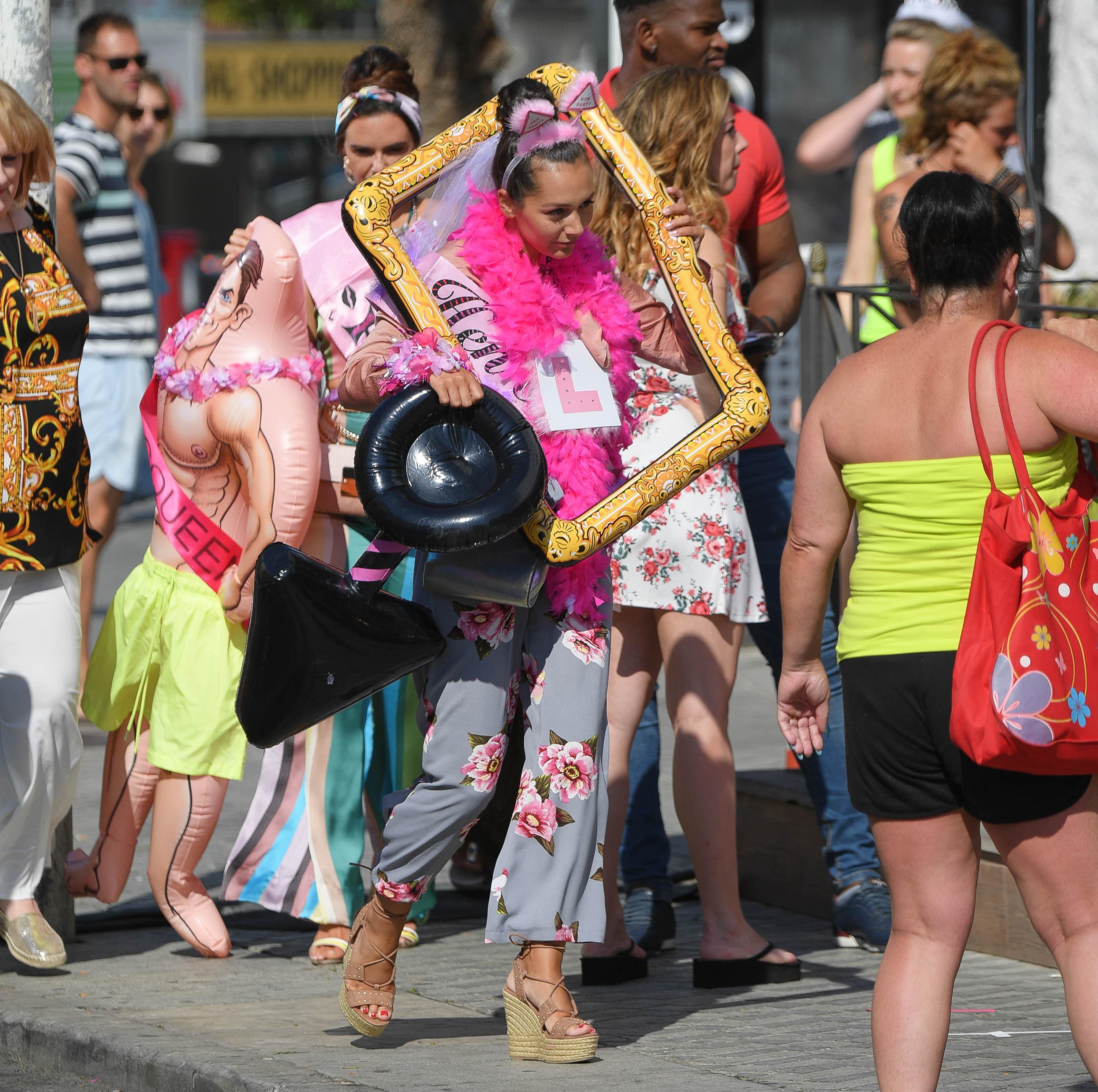 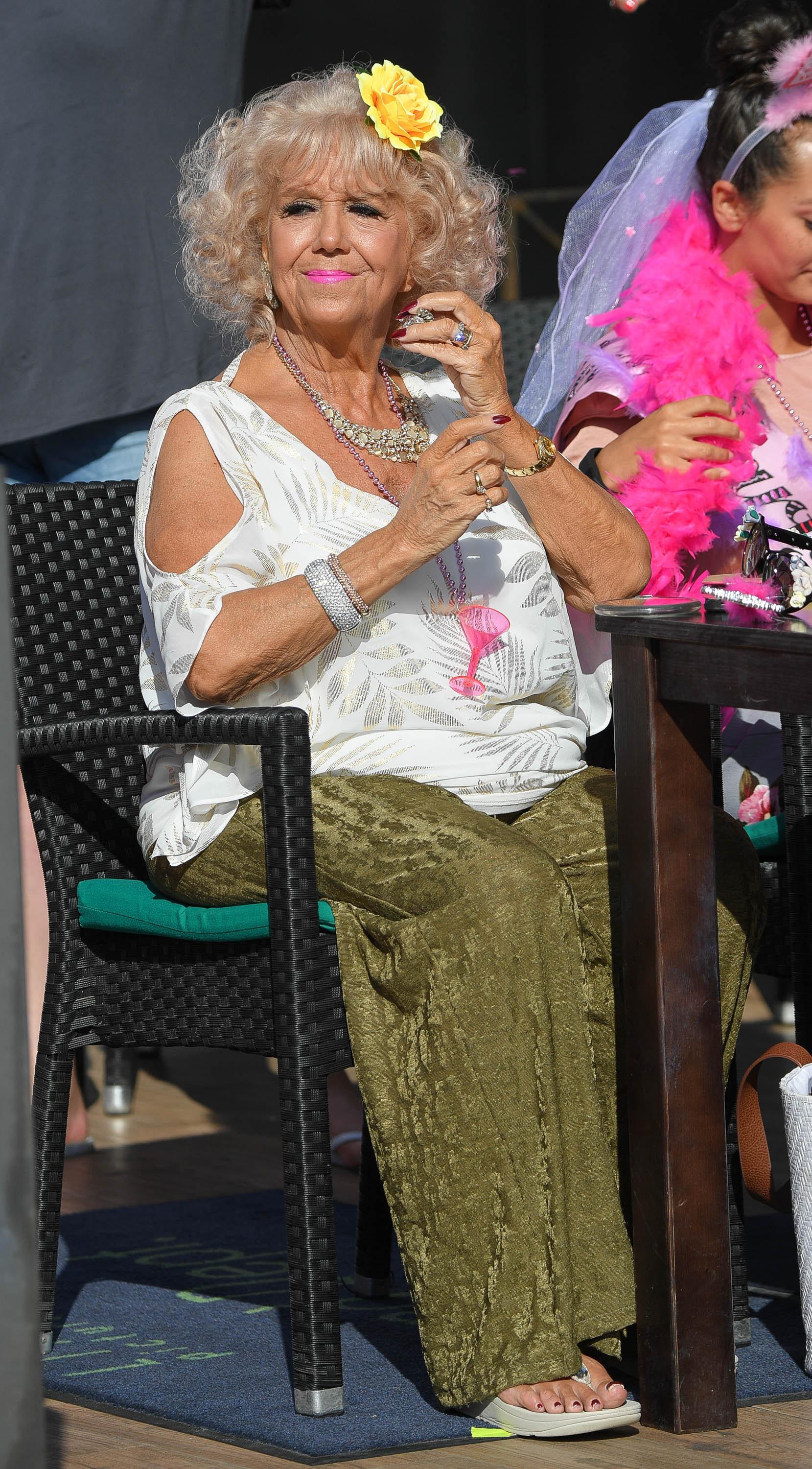 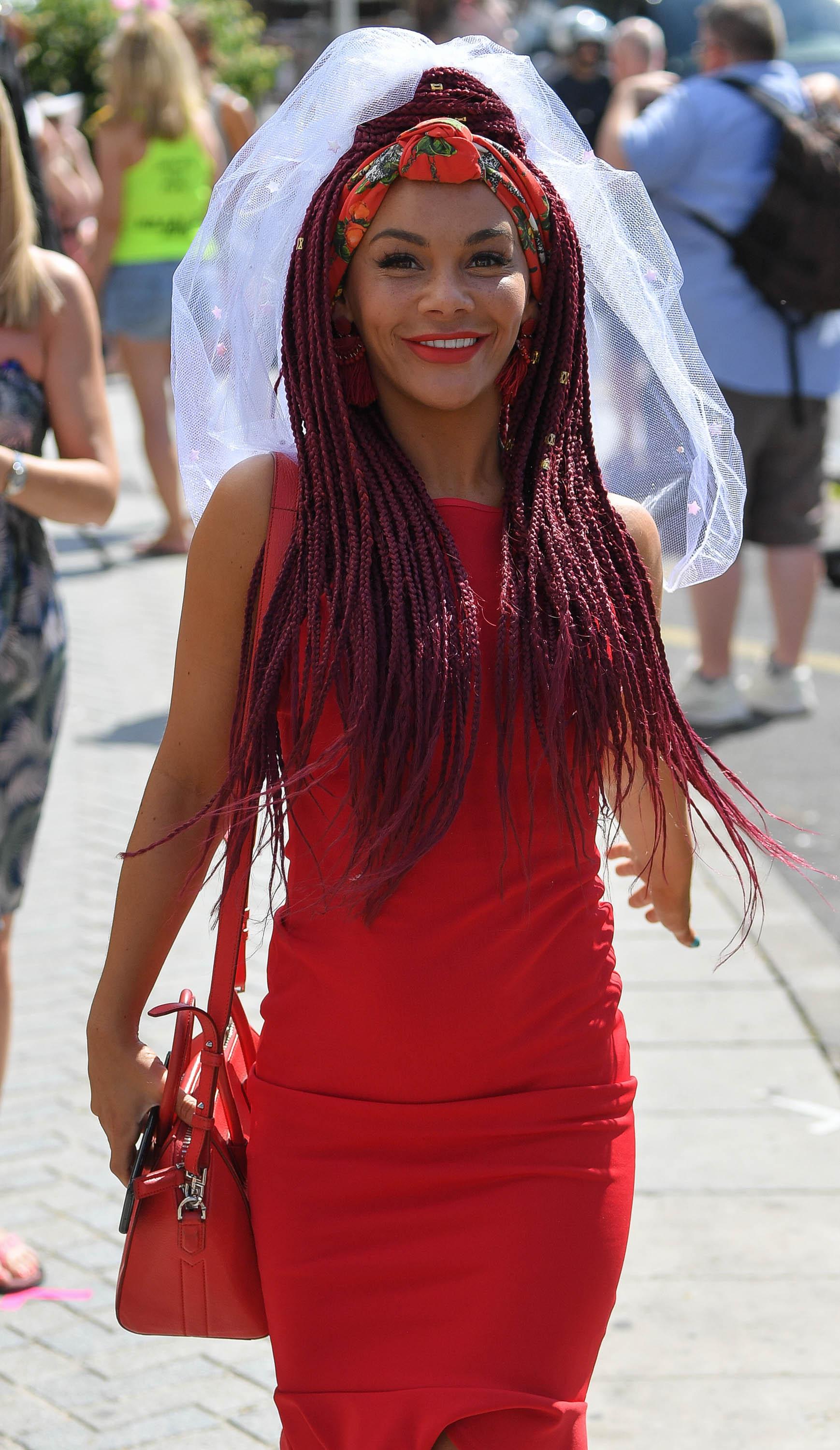 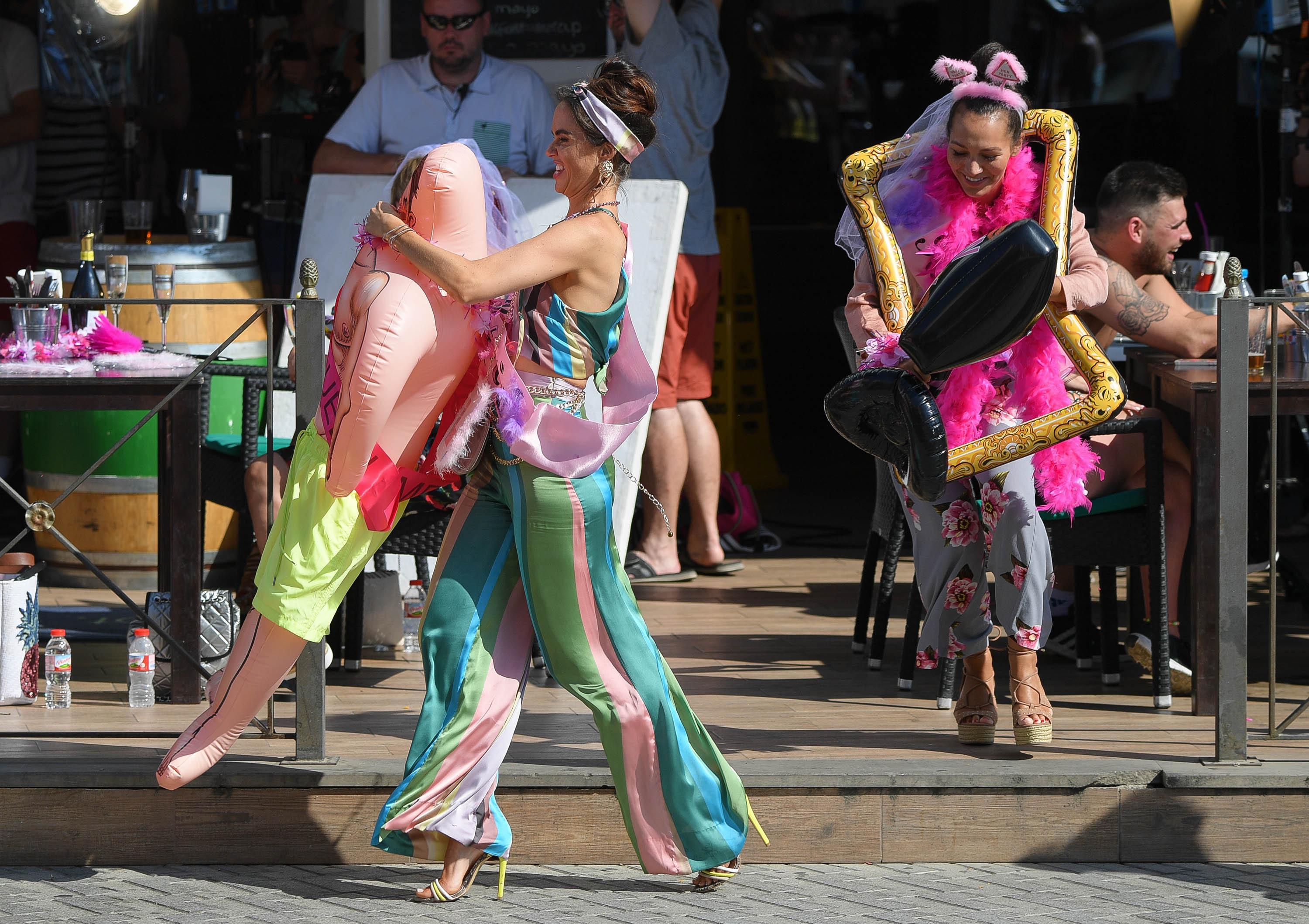 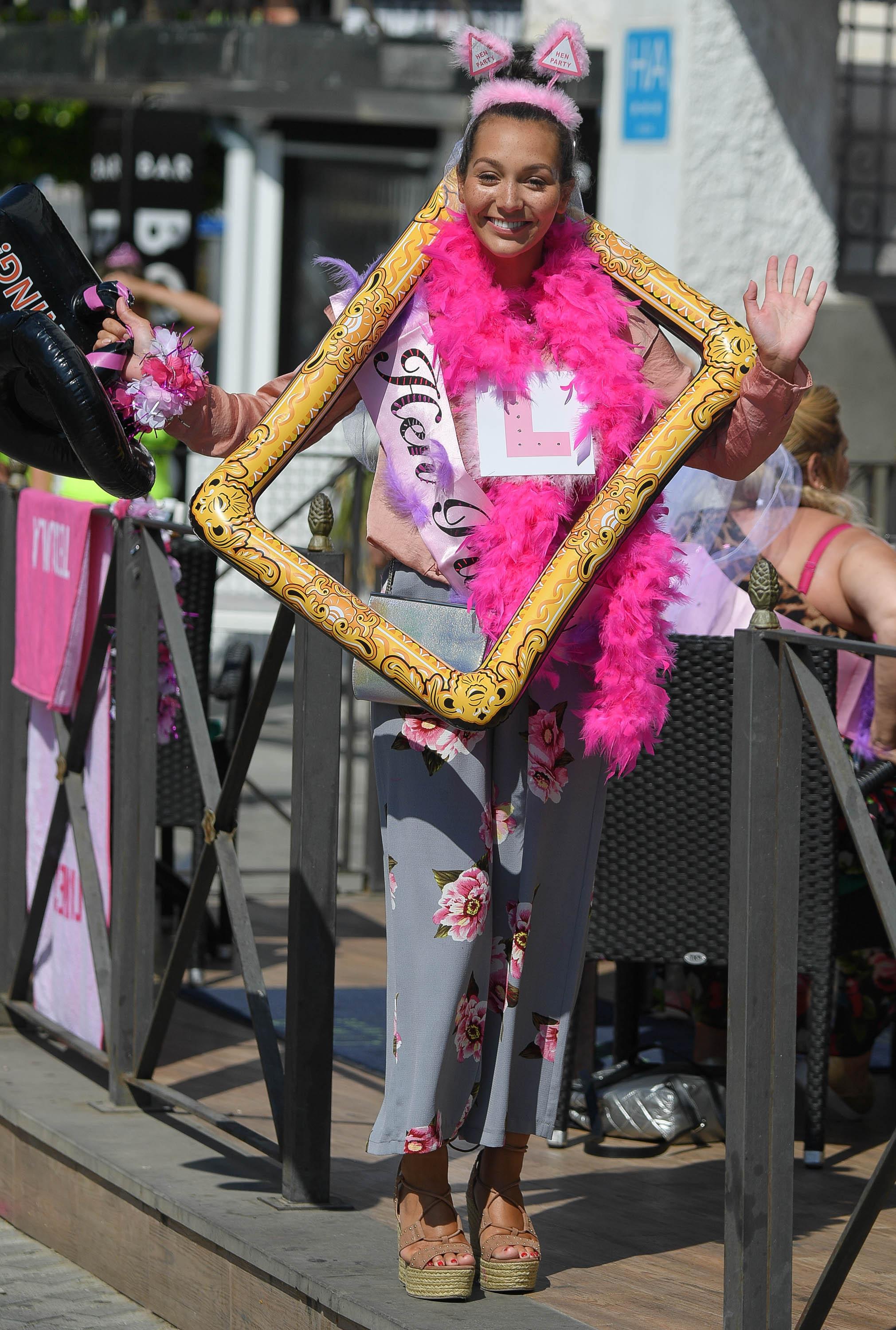 Other members of the McQueens clan taking part in the filming process included Diane Langton – who plays Nana McQueen.

The 71-year-old star looked like she could more than keep up with her co-stars as she clutched a champagne glass as they filmed scenes in the sun.

While Annie Wallace – who plays Sally St Claire in Hollyoaks (the former husband of Myra McQueen and father of their eldest child, son John Paul) – was also on hand to help with the celebrations. 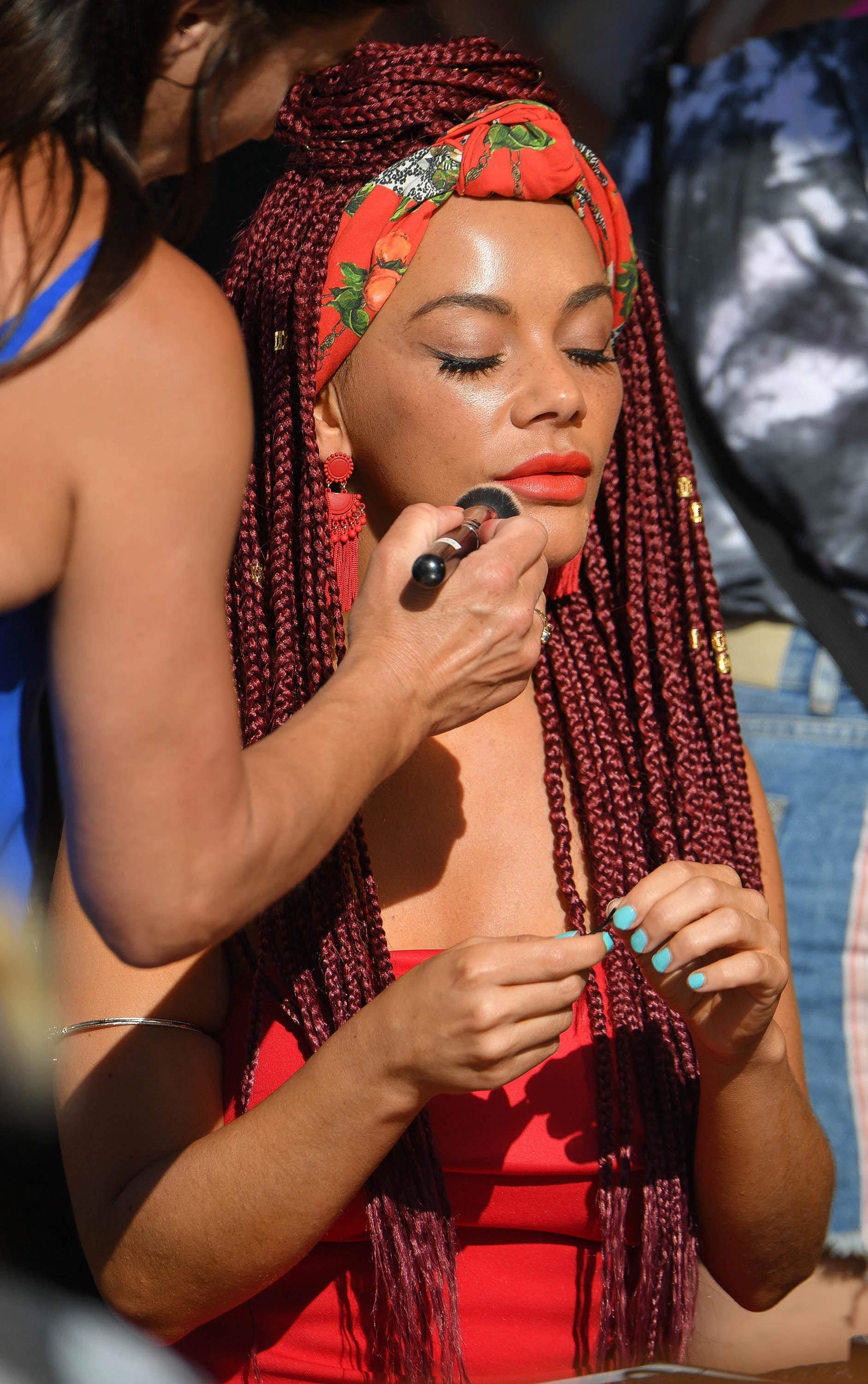 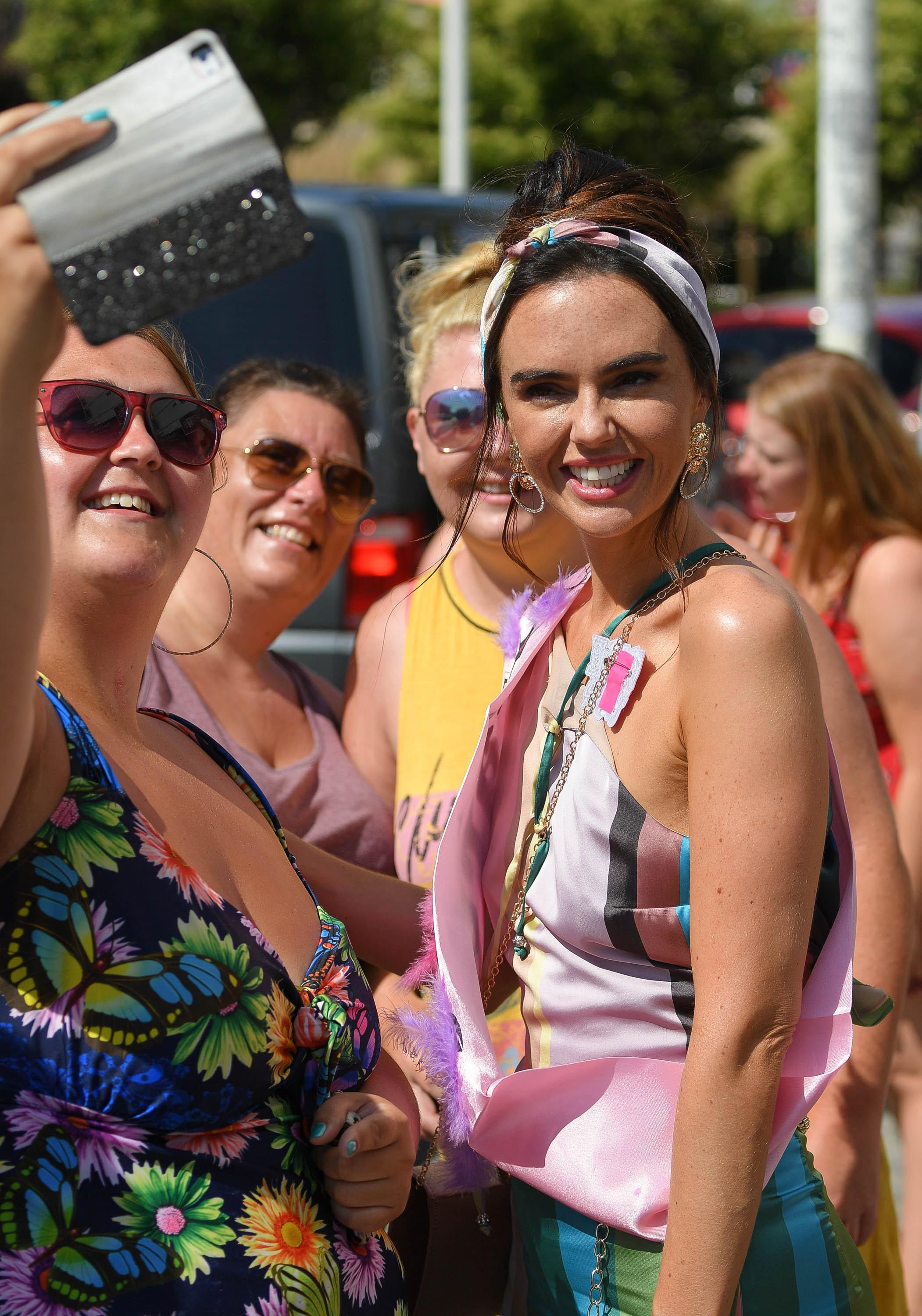 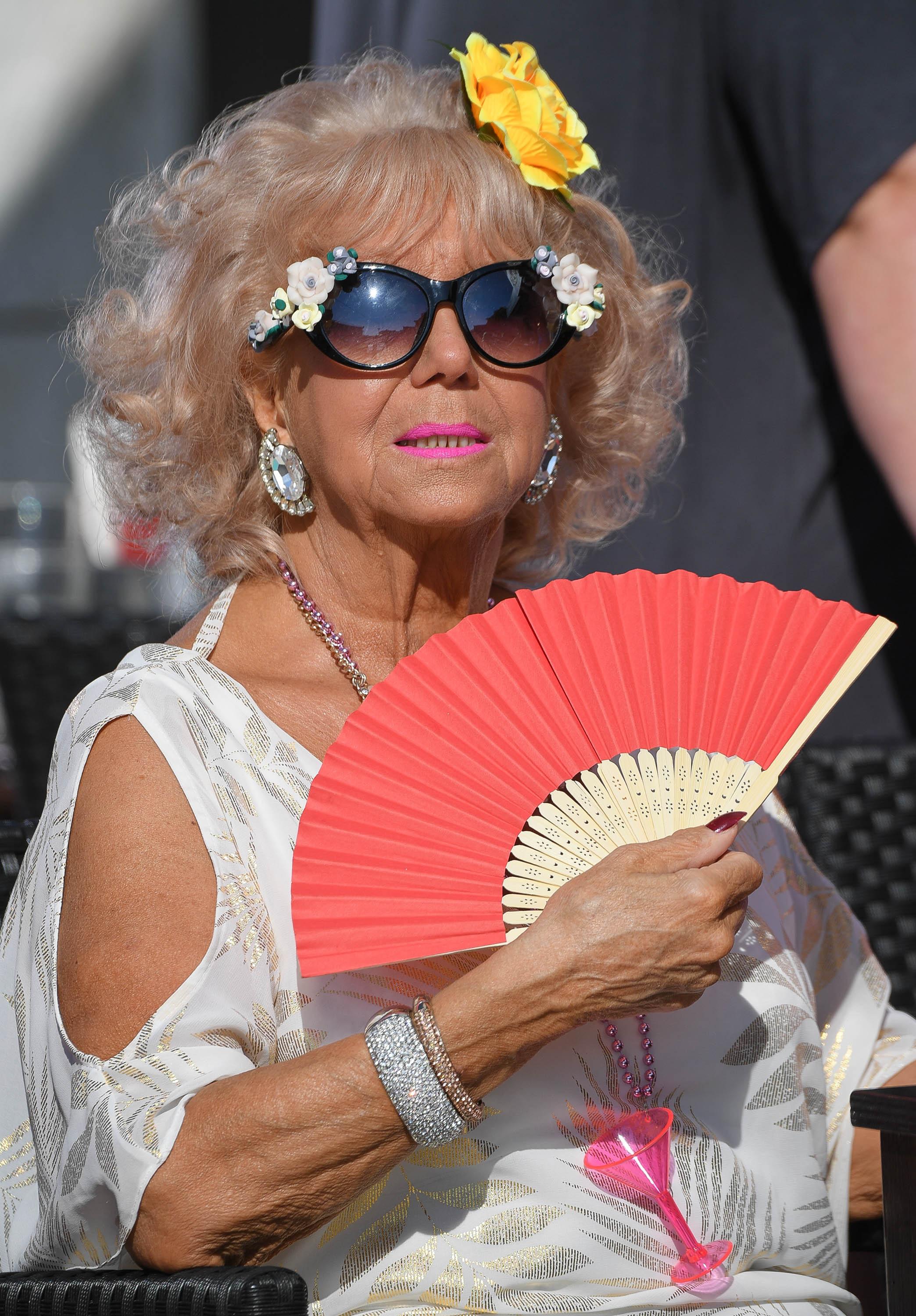 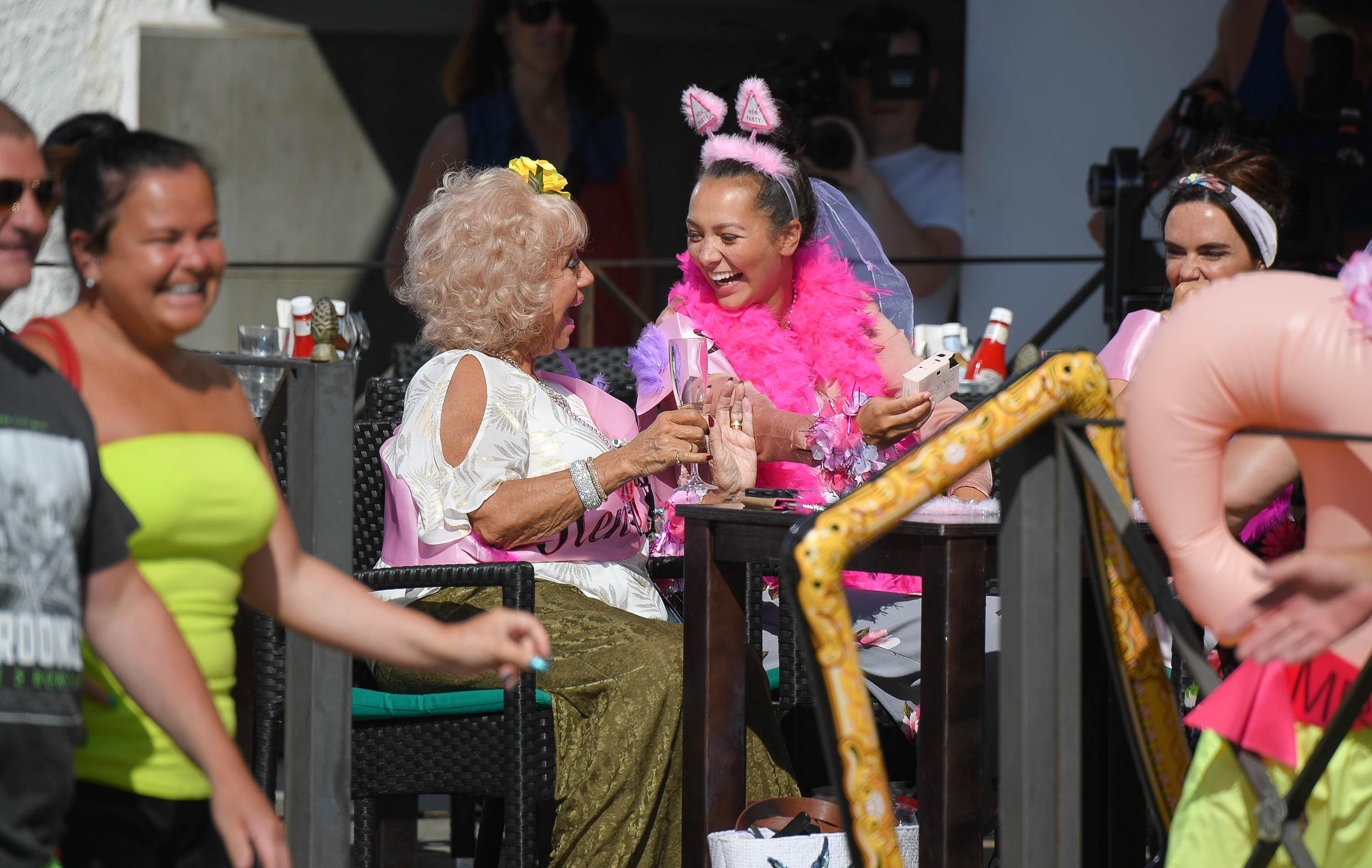 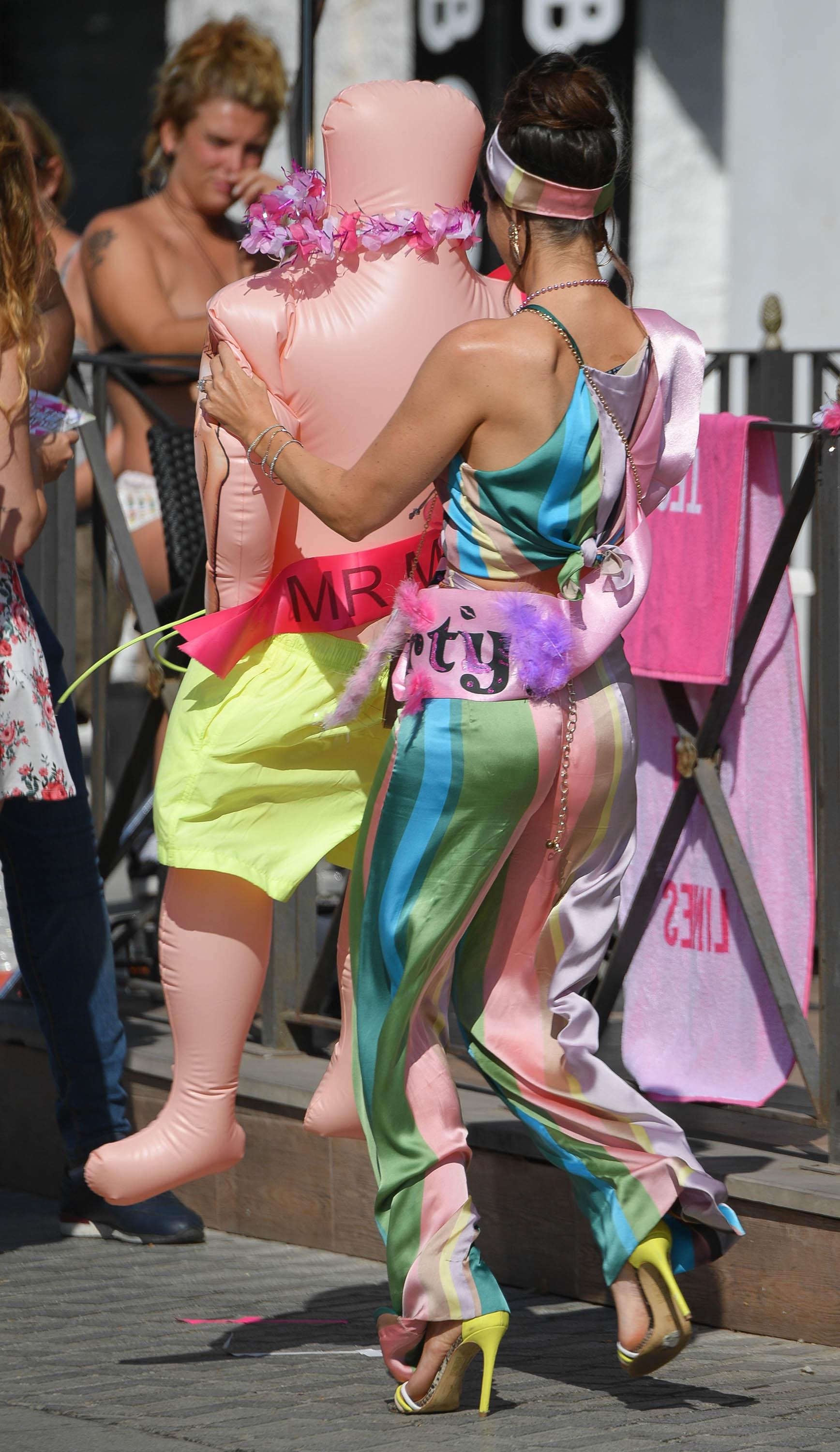 The set photos may have spoiled the surprise over who would be getting married out of the McQueen ladies as Mercedes’ “Bride to Be” badge was clear for all to see.

Jennifer had previously promised fans her character would return to the soap with a romantic storyline.

While Good Morning Britain host Richard Arnold revealed he would be taking part in the exciting scenes. 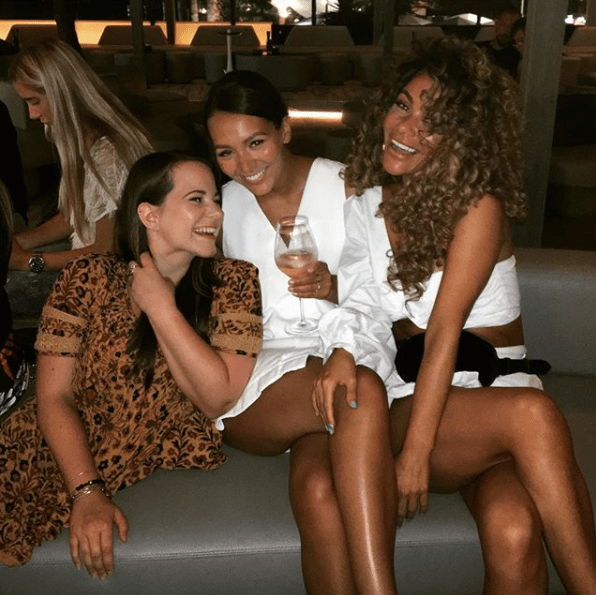 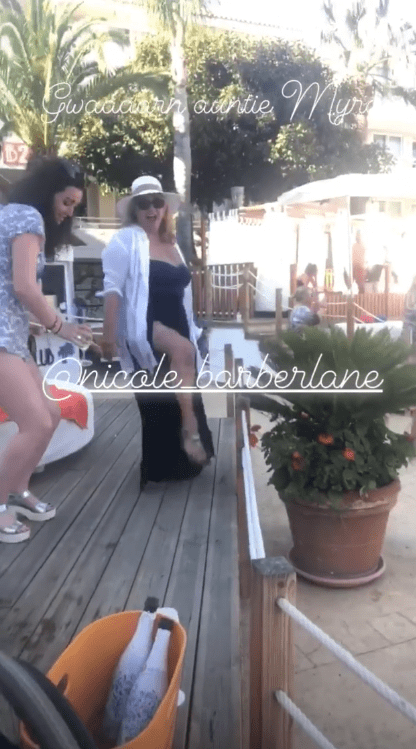 "I'm about to film today a cameo in Hollyoaks. The McQueens are out here on a hen night in Magaluf – it's got me written all over it," he revealed last week.

Away from filming, the cast appear to be enjoying themselves in the Magaluf sunshine.

The cast have been partying and drinking in between work and sharing snaps and videos online.

Taking to Instagram, Nadine revealed she and her co-stars were; “Living our Best Lives” as they partied away in the Spanish resort.