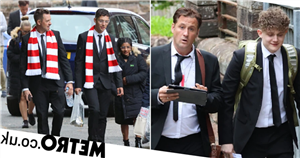 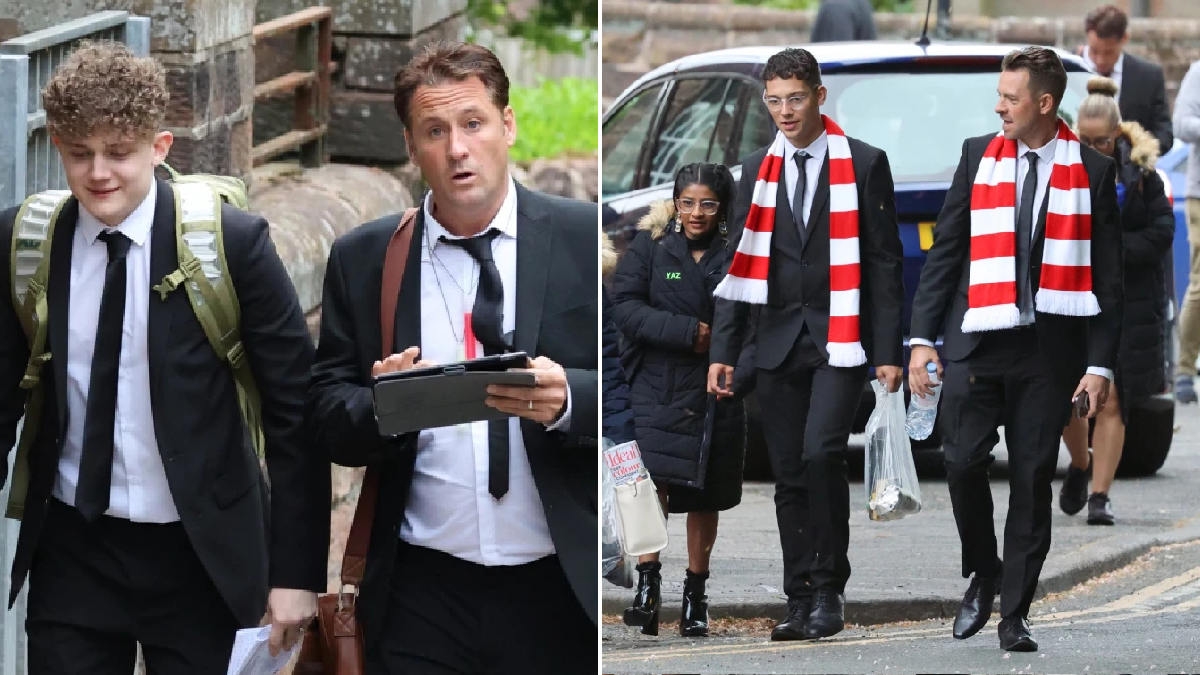 Emotions will run high as tragedy strikes once more in Hollyoaks, with a major death on the cards in the coming weeks.

Cast members of the Channel 4 soap were spotted on-location in Liverpool filming funeral scenes at a church.

The funeral in question was a football-themed one, with male actors seen wearing red and white scarfs.

Other cast members seen during the shoot include Ashley Taylor Dawson and Jessica Fox, who play legendary couple Darren and Nancy Osborne.

Ollie Morgan actor Gabriel Clark was also pictured, as was Haiesha Mistry, who plays Yazz Maalik. Susie Amy, who is set to return as Luke’s ex Scarlett, was on-location as well.

It’s currently unknown whose funeral the cast are filming.

However, it’s possible that it’s Luke Morgan’s (Gary Lucy) funeral, given that a flash forward scene, which aired several months ago, confirmed that the character would die in the summer months.

Luke, as fans of the Channel 4 soap know, is battling Frontotemporal dementia, FTD, after being diagnosed over two years ago.

His behaviour has noticeably changed, and recent scenes have seen him act impulsively and show zero signs of remorse for his actions, which is a symptom of the condition.

His fiancée Cindy Cunningham (Stephanie Waring) is setting in motion their wedding in episodes currently transmitting, but she’s aware that she’s running out of time.

In March, Tony arranged a get-together with the old gang in The Dog, and Zara (Kelly Condron) toasted to Cindy, referring to July 7 as the day that she will marry Luke.

The celebrations were in full flow, but a dark flashforward scene took us by surprise, as Ollie watched back the footage he recorded from the day in question.

Dressed in funeral attire, he struggled to hold back tears, as he headed into the kitchen where a coffin came into view.

A funeral booklet could be seen in his hand, which implies that Luke’s funeral service will take place on the very day he was due to marry Cindy.

‘I love you dad’, said Ollie, before bursting into tears.

Hollyoaks airs weeknights at 6:30pm on Channel 4, with first look episodes at 7pm on E4. Stream first daily on All4.