Sienna (Anna Passey) was killed off in last night’s shocking E4 episode, after being stabbed by her vengeful daughter Nico.

Fans had been aware that Sienna’s days could be numbered, thanks to a flash-forward scene back in February which showed her funeral, but Nico’s return-from-the-dead had been firmly kept under wraps until earlier in the week. 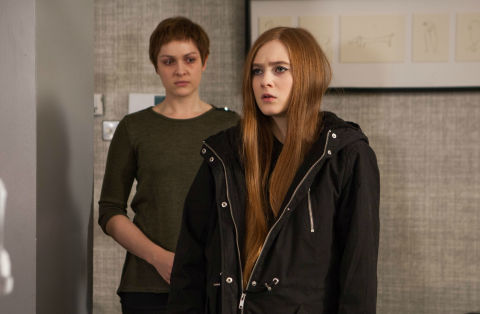 Sienna was horrified when Nico was unmasked as the mystery stalker who has been making her life a misery – just as the sinister countdown clock on her laptop finally hit zero.

But as Sienna came to terms with the fact that Nico was alive, things soon took a horrifying turn when the unstable teen stabbed her mum in a final showdown.

Despite not always being the most popular resident of the village, Sienna’s death will cause shockwaves in tonight’s first look scenes as her loved ones pay their respects.

These brand new pictures show Myra McQueen, Grace Black and Holly and Tom Cunningham among the mourners, but where is Nico? And will she be made to pay for what she’s done? 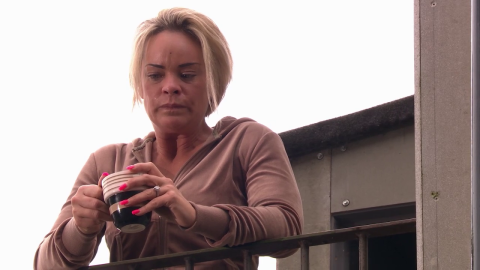 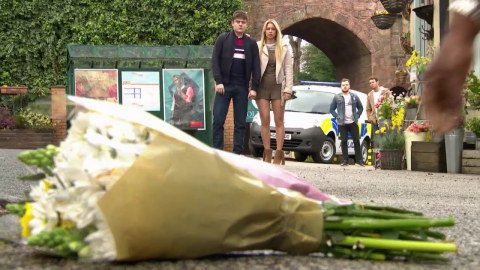 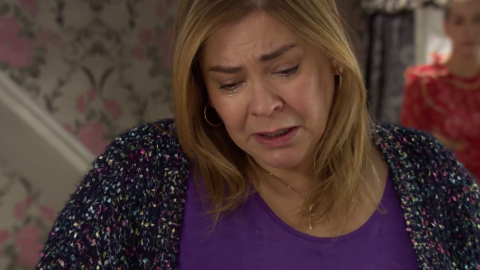 Hollyoaks airs these scenes tonight at 7pm and on Thursday, May 17 at 6.30pm on Channel 4.

Digital Spy Soap Scoop video – hit play below for all the latest Hollyoaks spoilers, as Damon tries to win Holly back, and Alfie makes a grand gesture.