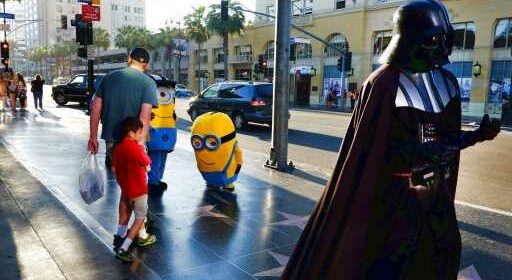 One of the busiest tourist areas in Los Angeles was shut down on Saturday after a crazed man stabbed a woman and then refused police orders, resulting in his shooting.

The shooting took place near Hollywood and Highland in Los Angeles, which hosts many awards shows and is on the Hollywood Walk of Fame. The incident happened around 11:00 AM, when a stabbing victim approached officers and led them back to the man she accused of stabbing her.

The police said the man ignored commands to drop the knife and began to approach them. “Several beanbag rounds were deployed” before the man was shot with actual bullets.

Tourists scrambled in the busy area when the shots rang out. The Hollywood and Highland area was closed for hours while the investigation continued, snarling area traffic.

The stabbing victim and the man shot by police were both hospitalized as of Saturday night.