Hollywood’s Changing As Fast As It Ever Has — Can Industry Lifers Change Too?

For decades, if you wanted to be a Hollywood cinematographer, you started as a film loader for a studio, feeding cameras all day with the raw stock needed to capture the next take. Then film went away, and so did film loaders. For this era’s digital cinematographers, the entry-level jobs are very different.

That’s just one aspect of the transformative changes facing all aspects of Hollywood right now. The question is whether the people who’ve relied on the industry’s once-stable verities can adapt to its fast-changing new realities. What’s happening is the biggest reset in Hollywood economics in at least 70 years, since TV arrived and the courts broke up the vertically integrated studio system.

To succeed in the New Hollywood will require wildly different skills, minus the job security and reliably high pay that Hollywood provided for so long to so many.

“This is a historic period,” said Jason Squire, a professor of production at USC’s School of Cinematic Arts and editor of “The Movie Business Book.” “When we look back, it’s going to be looked at as a real shift, a real sea change.”

Let’s take a step back and reflect on just how much has already changed, because the first quarter of 2019 hit like a virtual Big One, shaking up just about everything.

After Disney bought Fox, eliminating 4,000 once-secure jobs, the smaller company disappeared from the MPAA, and Netflix was welcomed to the organization. The streaming giant has been winning Oscars and Emmys, and signing some of Hollywood’s biggest names to lucrative deals – and those names are being judged at Netflix, for good or ill, by different metrics for success than anything they’ve been used to in their careers to date. 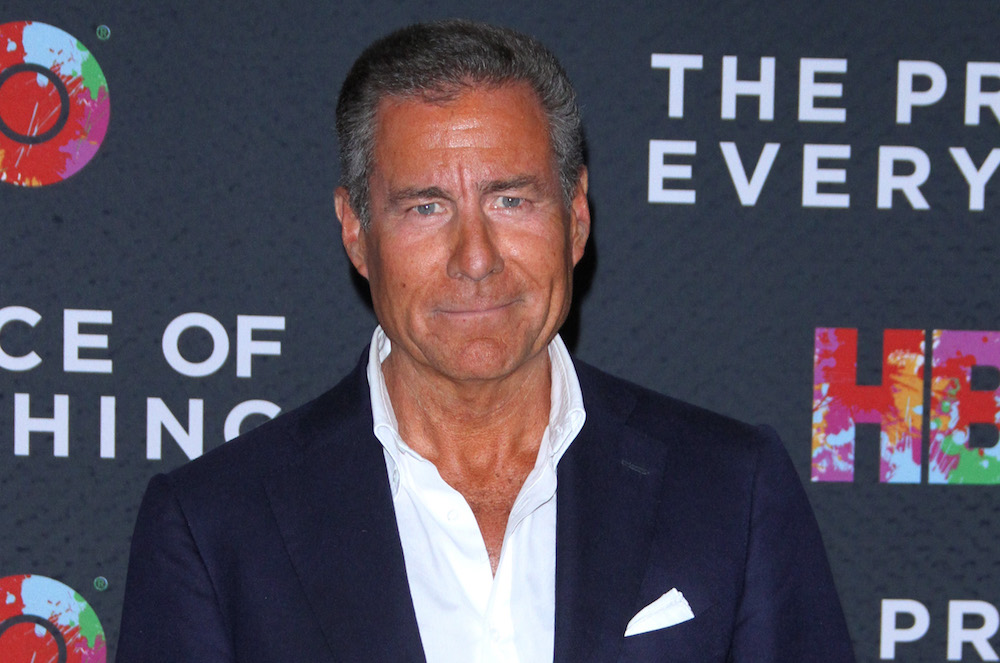 CEO Richard Plepler was ousted from HBO after years of steering the pay cable channel’s programming, all due to AT&T’s takeover of Time Warner.

And the WGA’s members are firing their agents by the thousands, tearing up a five-decade-old “Code of Conduct” and throwing the representation business into chaos. Next year’s WGA contract negotiations with the studios could be equally apocalyptic.

There have been a thousand smaller disruptions too. Paul Feig took Feigco to Universal, where his R-rated comic sensibilities (“Bridesmaids”) are more welcome. Lionsgate’s Debmar-Mercury unit (“Family Feud,” “The Wendy Williams Show” ) left Fox for CBS. And, though this happened earlier, mega-producer Ryan Murphy jumped to a huge Netflix deal in part because of uncertainty about the employment future of his favorite Fox TV executives. 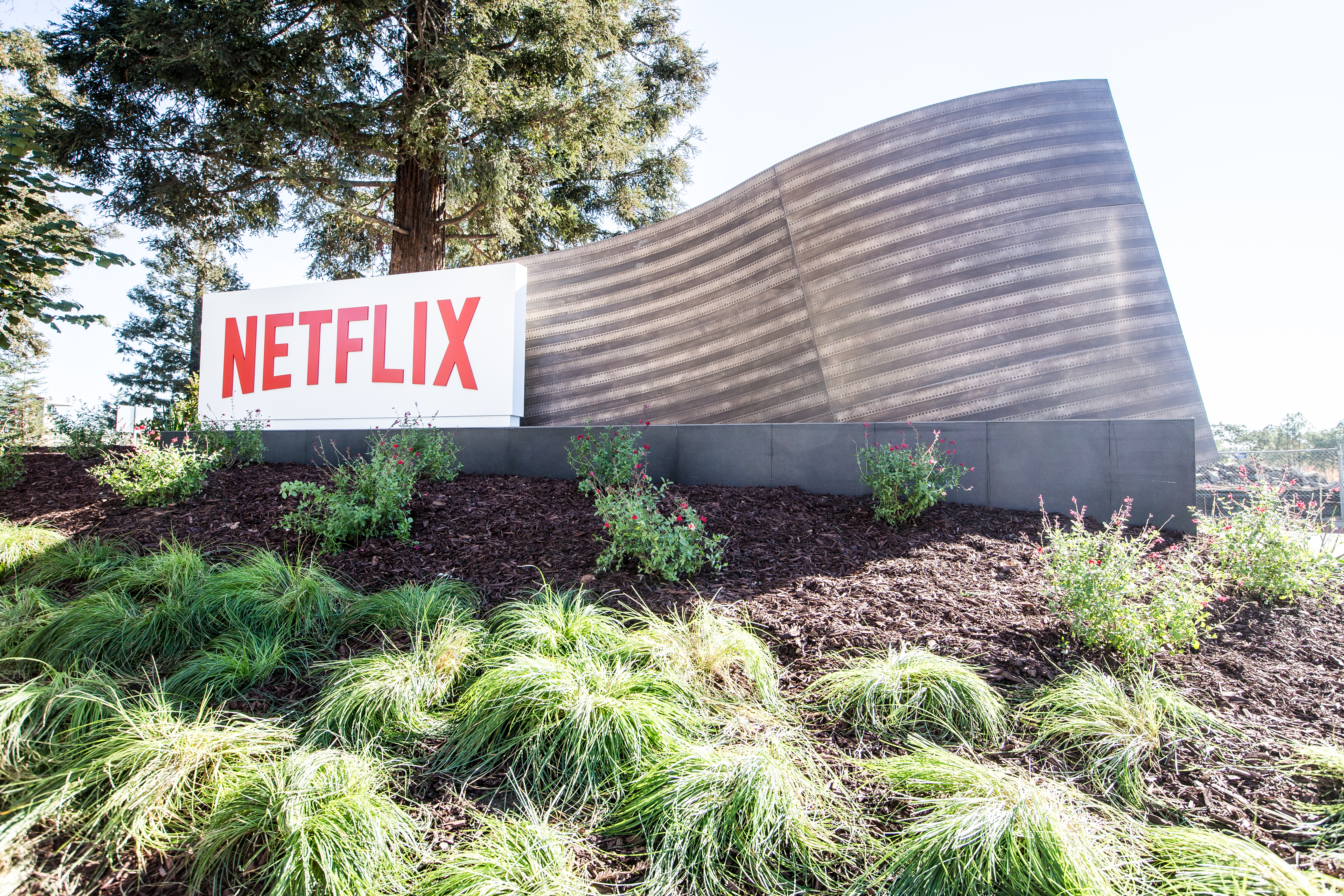 “You have to be a shapeshifter”

There’s been more drama than a decade of soap operas. But masking that is a quieter truth: Steady gigs in Hollywood have always been highly competitive. Now, getting a traditional Hollywood role will be even tougher, even for many still inside the circle. And those outside the circle will have to decide if that’s even a place where they can find a job.

“I think a lot of people will decide it’s time to pursue that other career,” said Laura Michalchyshyn, an Emmy-nominated documentary producer and former head of the Sundance Channel. “Here’s the issue: It’s not easy to transition, especially when you see the [producer] pod deals that have also disappeared. You have to be a shapeshifter.” 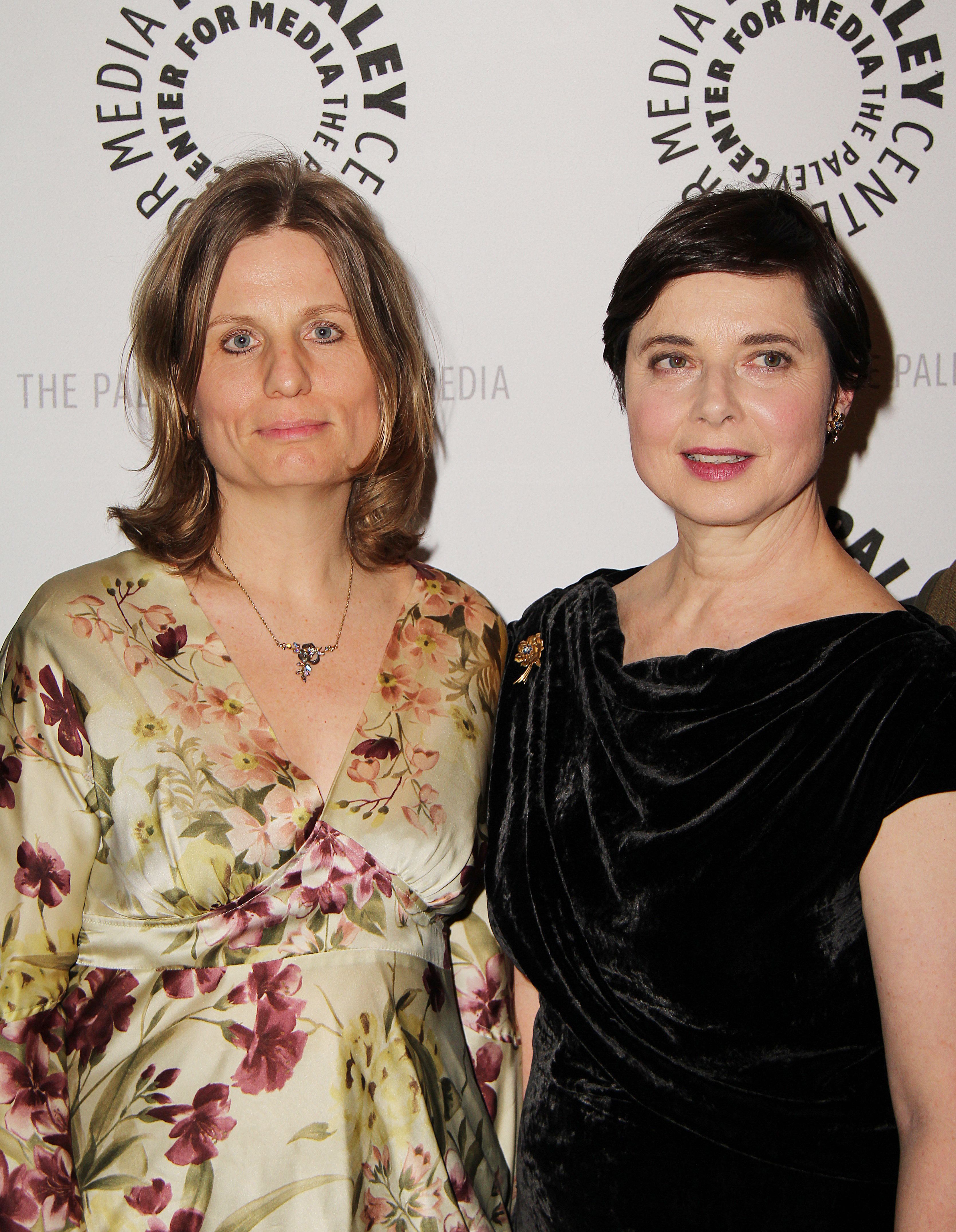 Michalchyshyn is one of those shape shifters. These days, she’s still connected to “Bob” — Old Hollywood giant Robert Redford and his Sundance initiatives — but makes her way as both an independent producer on multiple projects and a consultant to companies such as Blue Ant Digital.

Many Old Hollywood skill sets, from set painting to media buying to traditional distribution deal-making to, yes, film loader, will be less sought after.

“There’s going to be some friction,” said Chris Erwin, a veteran of Awesomeness and DreamWorks Animation. Like Michalchyshyn, Erwin is a shapeshifter. He now runs Doing Work As, a consultancy on direct-to-consumer services, advising big media and tech companies. And he’s sympathetic to the disruptions hitting many in the industry in this transition.

“I do think there will be a gap [between worker skills and employer needs],” Erwin said. “I don’t have an answer for the workers who fall into that chasm.”

But Erwin and others can point to reasons for hope beyond Old Hollywood.

“Content and storytelling is the new universal truth to market all goods and services,” said Erwin. “Whether you’re retail, marketing, consumer, industrial, B2B, B2C, it’s all the same. All those executive roles being pushed out, there’s not going to be a place for them to go in Hollywood, but I do think there’s going to be roles for them in marketing, in brand management all over the world.”

Demand remains strong for skilled entertainment creatives, albeit from unexpected places. Companies such as BMW, Marriott, Red Bull, Nike, and AirBnB are tapping Hollywood talent to tell compelling narratives about their brands, though taking that gig might mean moving to Columbus, Ohio, Washington, D.C., or Eugene, Ore.

And there are other unexpected opportunities. Consulting company RL Leaders, for instance, convenes “Deep Applied Creativity panels” that combine Hollywood directors and writers with subject-matter experts. Those panels work with government agencies and other large, often hidebound organizations to develop creative solutions to thorny issues far from traditional entertainment.

Digital media companies such as Netflix, Amazon, Apple, and studio OTTs are driving Hollywood’s next era, but it’s difficult to project what to expect from their initiatives, or even track their impact on jobs.

Chris Rico, who tracks the entertainment industry for the Los Angeles County Economic Development Corp, said the way that the federal government totes up entertainment jobs is “hopelessly outdated.”

A recent LAEDC report estimated that 365,000 people are employed directly or on a contingent basis by the entertainment industry. Another 206,000 people work in “digital media,” though there’s overlap with entertainment and other sectors.

For instance, Netflix now has around 3,500 employees in Los Angeles, concentrated along Sunset Boulevard in Hollywood. Rico said that’s nearly as many as the company has in its Bay Area headquarters, and nearly equal to the number of people just laid off at Fox. 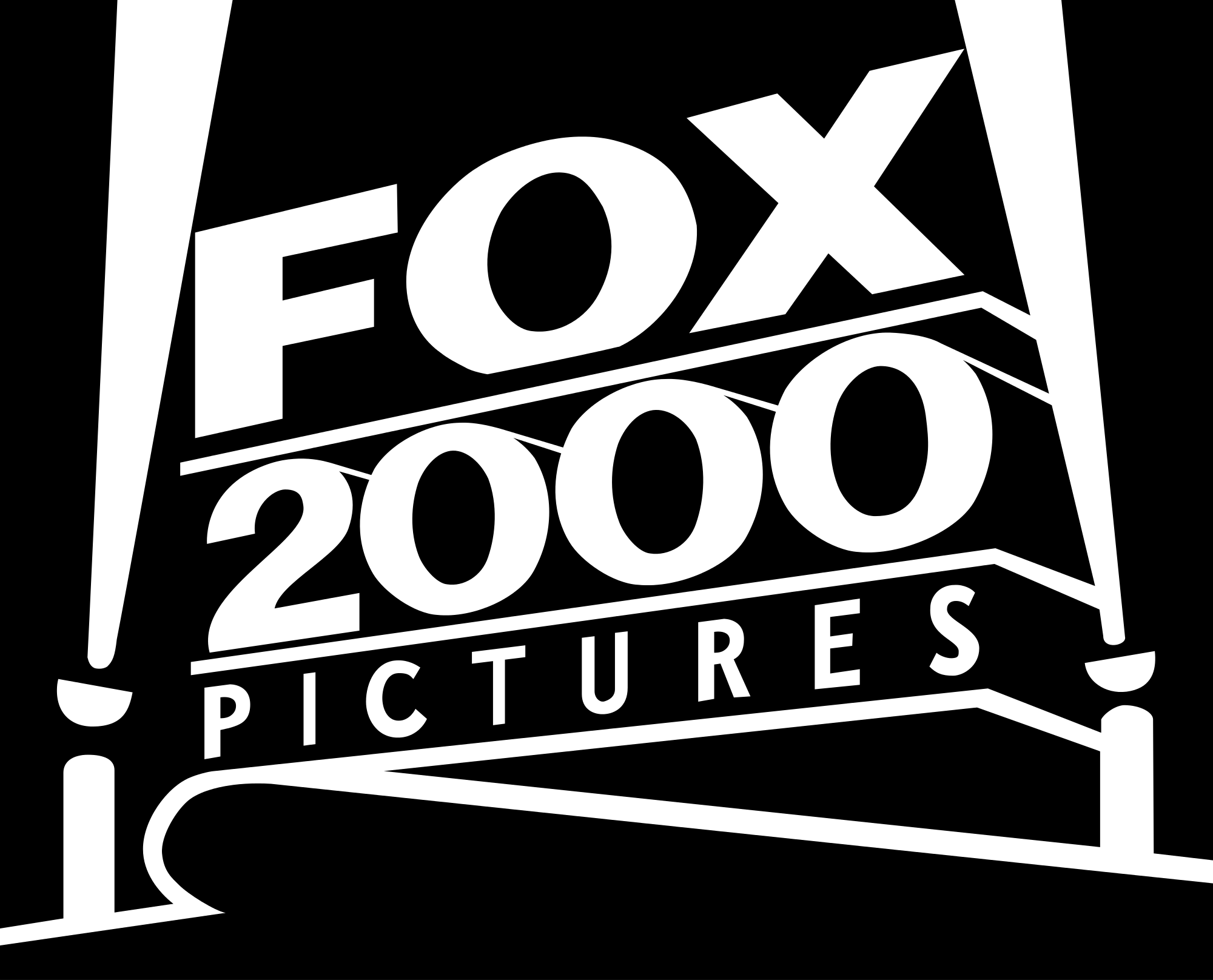 Disney shuttered Fox 2000, a home for mid-budgeted films for adults such as “Hidden Figures,” following its acquisition of 20th Century Fox.

“Not surprisingly, the FANG (Facebook, Apple, Amazon, Netflix, Google) companies want access to the creative talent that we have,” Rico said. “They want to use that creative talent differently. The question is, are we going to be ready to train them?”

USC and other film schools continue to turn out hundreds of new filmmakers, actors, musicians, production and development talent, Squire said. Those skills are likely to remain in demand. The key, however is making sure that students continue to embrace the new platforms and the opportunities they present.

“At some level, if you’re an optimist, all the contraction will be made up by all the new streaming opportunities,” Squire said. “That hasn’t happened in the past. There haven’t been new places to make money. So we’re very hopeful about that.”

Rico and LAEDC work with the Center for a Competitive Workforce, which includes 19 area community colleges developing retraining and education programs. With all its changes, the entertainment sector has become a big area of focus.

A CCW report anticipates that the Hollywood transition will have an outsized impact on “middle skills” professions, which require more than a high school diploma but less than a four-year degree. Those jobs include video editors, equipment techs, camera operators, makeup artists, fashion designers, hairstylists and sound techs. The consortium is working with Hollywood companies, foundations, nonprofits, and local governments to help displaced workers navigate this remade Hollywood.

Of course, Hollywood has always run on gig economies. For tens of thousands of actors, directors, writers, cinematographers, set dressers, key grips, caterers and other crew members, working in Hollywood has always meant going project to project, with little job security or stability. The tech industry’s full-fledged arrival in Hollywood will only increase the prevalence of the gig economy here.

The town’s gypsy workforce of consultants and part-timers and hustlers will only increase, and have to rely more than ever on flexibility, constant reinvention, and personal relationships. Welcome to the New Hollywood.