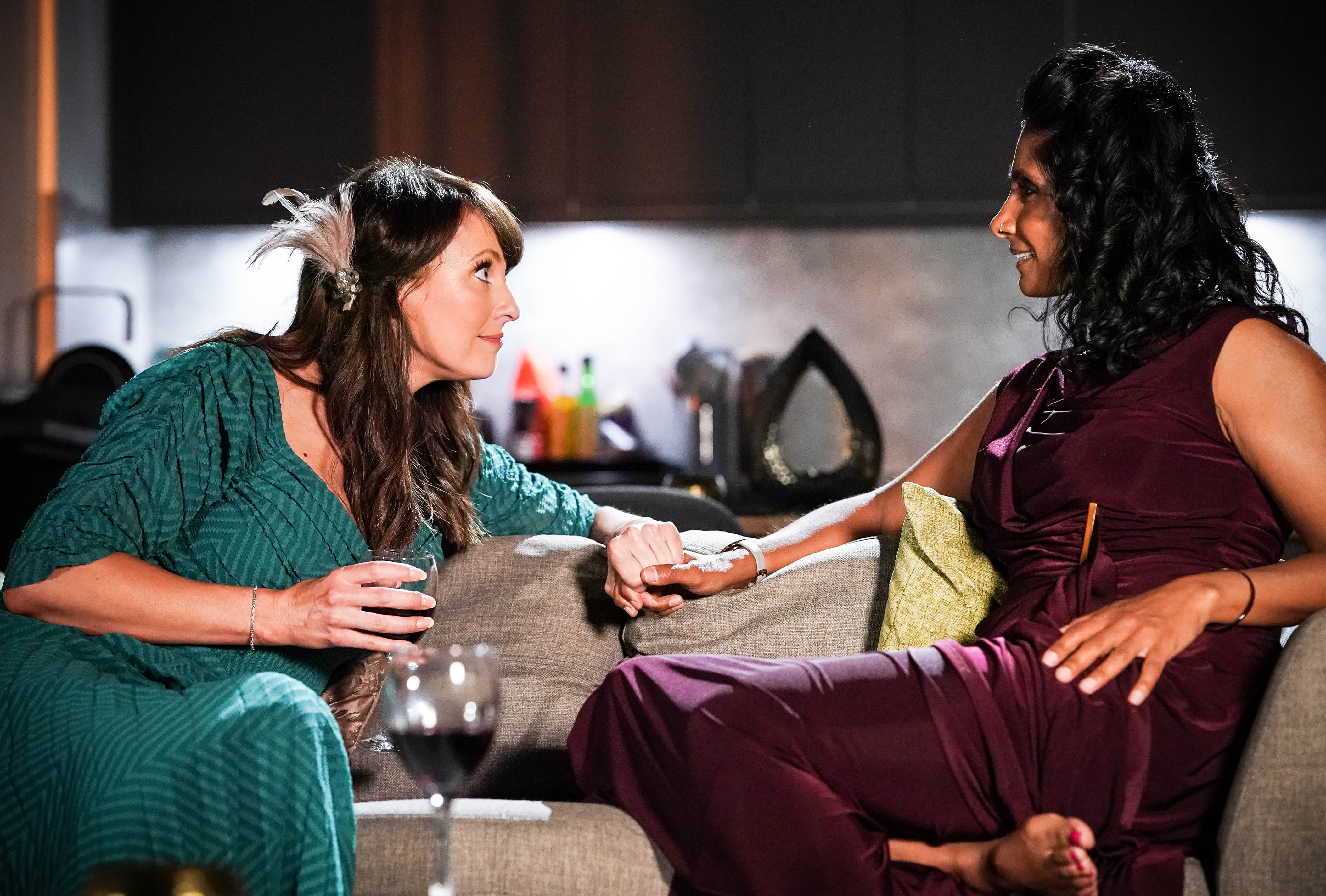 The matriarch is not what you might call one for making friends, and her cold exterior and penchant for doing things her way has resulted in few Walford residents being able to forge relationships with her.

Jags’ (Amar Adatia) death, however, hit her incredibly hard, and Honey wasted little time in reaching out, offering her support. It took Suki a while to let her in, given that she’s not used to that level of kindness, but eventually the two bonded.

‘I think it’s because Honey is non-judgemental and is such a pure heart that she doesn’t really expect anything from Suki,’ said actress Balvinder Sopal, explaining why the two are getting along so well.

‘Honey has seen Suki in her most demonic state and still casts no judgement and says yes you are this closed person but you are worthy of love, and I think she has unlocked something that is really beautiful.

‘Even Suki’s children can’t unlock it from her because they haven’t learnt love from her. Suki has never ever experienced this and so there is something about Honey that is quite compelling.

‘I don’t think she has ever had a friend like Honey. She is a one woman kind of army and does everything herself. She doesn’t ask anyone else as she only trusts herself. So it’s interesting to see Suki warm up and melt in the company of Honey, which is nice and feels lovely.

‘This is someone who helps Suki through grief and has held her hand. Kheerat not being there was a blow and she is still deeply hurt about it, but there was someone there and that was Honey.

Earlier this month, Honey invited Suki to be her plus one at the Pride of Walford Awards, and next week, the duo get all dressed up for the occasion, enjoying a night out on the town together.

‘I think this is the first time Suki is going out anywhere with anyone since she first came to Albert Square’, said Balvinder.

‘She may worry that if she lets people in too much that they can cause damage but I do think she is excited.’

After the event, Suki and Honey enjoy a drink together at the Panesar household, and they’re somewhat tipsy, as they giggle about the events of that night.

EastEnders airs these scenes on Tuesday August 31 at 7:30pm on BBC One.