How accurate is Vigil? Former captain has one big hang up about the submarine

*Warning: This article contains spoilers for Vigil, episode one.

A former submarine captain has praised BBC One’s gripping new thriller Vigil, but revealed the one major inaccuracy about living on an underwater warship.

The Jed Mercurio drama starring Suranne Jones kicked off with a savage twist for those tuning in to watch Line of Duty’s Martin Compston as his character Craig Burke was killed off within minutes.

Vigil follows DCI SIlva (Jones) investigating Burke’s murder as she spends three days on board the vessel, with very little cooperation from the submarine’s commander and his crew.

Appearing on Monday’s BBC Breakfast, Ryan Ramsey, who was the captain of the nuclear submarine HMS Turbulent between 2008 and 2011, is a big fan of the series so far, but explained what it didn’t quite capture about submarine life.

‘What you can’t portray in many series is the claustrophobia, the sense of abnormal living and the submarines are the first and last line of defence for the United Kingdom, they operate in a void less explored than space,’ he said. 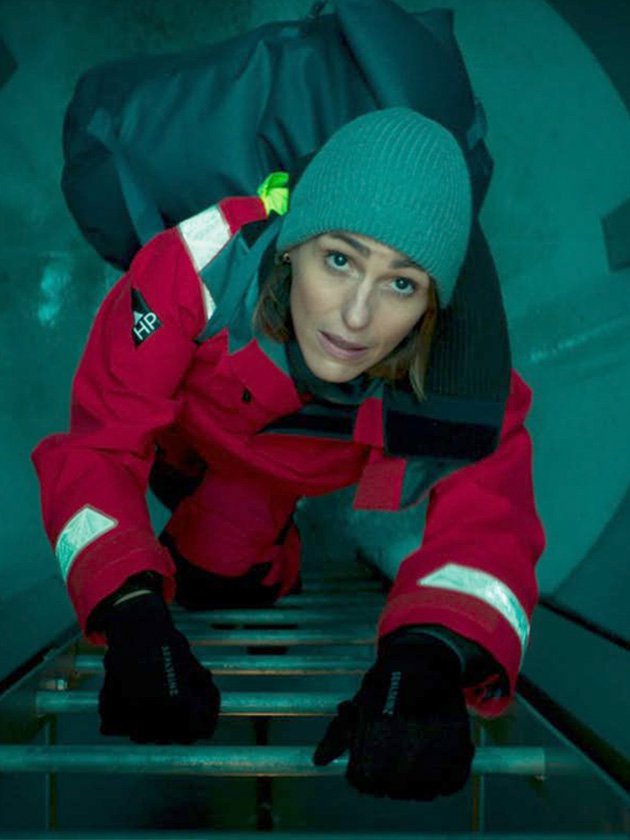 ‘It’s an incredible experience very difficult to recreate in a drama.’

Naturally, capturing the condensed space on a TV drama with a huge cast and crew presents its challenges, but Ramsey – who was on board an 84 meter boat with 130 crew and 94 bunk beds – added: ‘You could almost lower the ceilings to start with effectively, there’s just not as much space as you see there.’

He continued: ‘You can’t hide a second with a space that small and a crew that size.’

After the death of Burke and endless suspicious characters aboard the HMS Vigil, obviously we have plenty of questions going in to episode two.

Vigil continues tonight at 9pm on BBC One.