The film star, 57, asked if the cabbie’s credit card machine was working — but when he and Anna Eberstein got to their destination it did not. 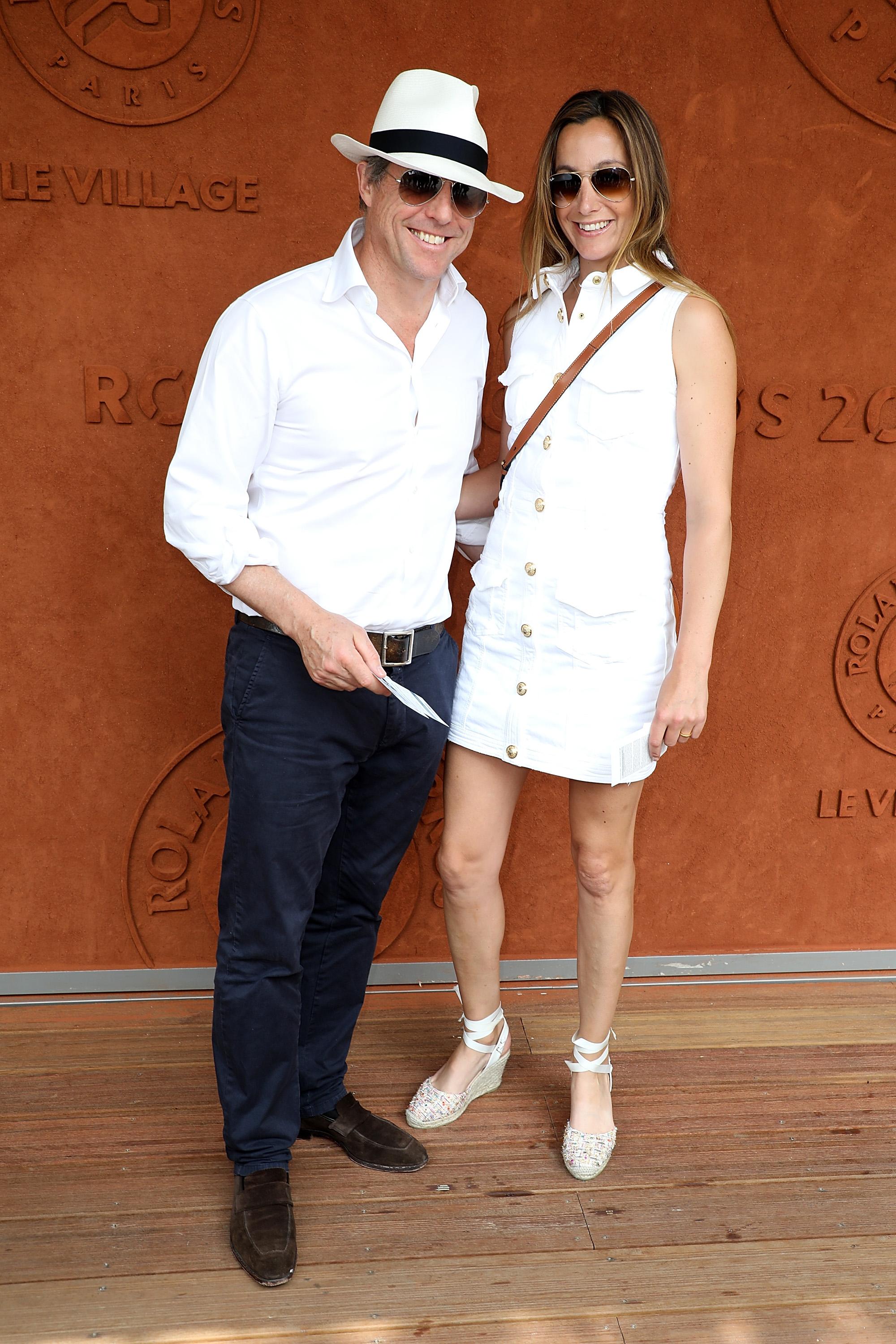 Grant had no cash for the €6 (£5.30) fare, so the driver took him to a cashpoint, which appeared to be broken.

The Love Actually star told US talk show host Seth Myers: "I panicked and said to my new wife, 'get out the car'.

"The taxi driver said, 'What are you doing?' I said, 'Your machine doesn’t work so we’re not paying'.

Grant said the drier then kidnapped his wife, a Swedish television producer.

"He drove off with my wife," he said, but did not elaborate on how they resolved the row. 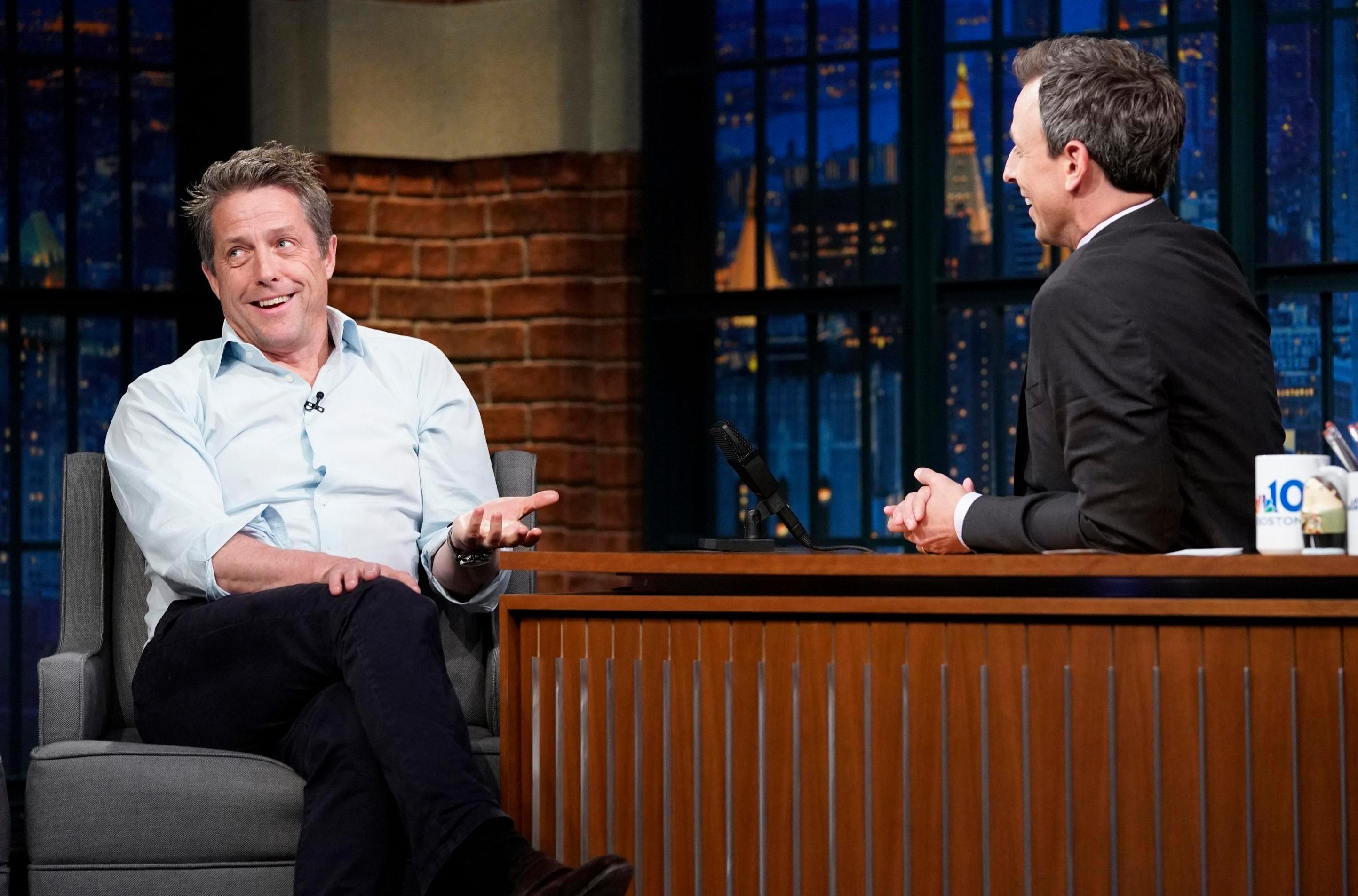 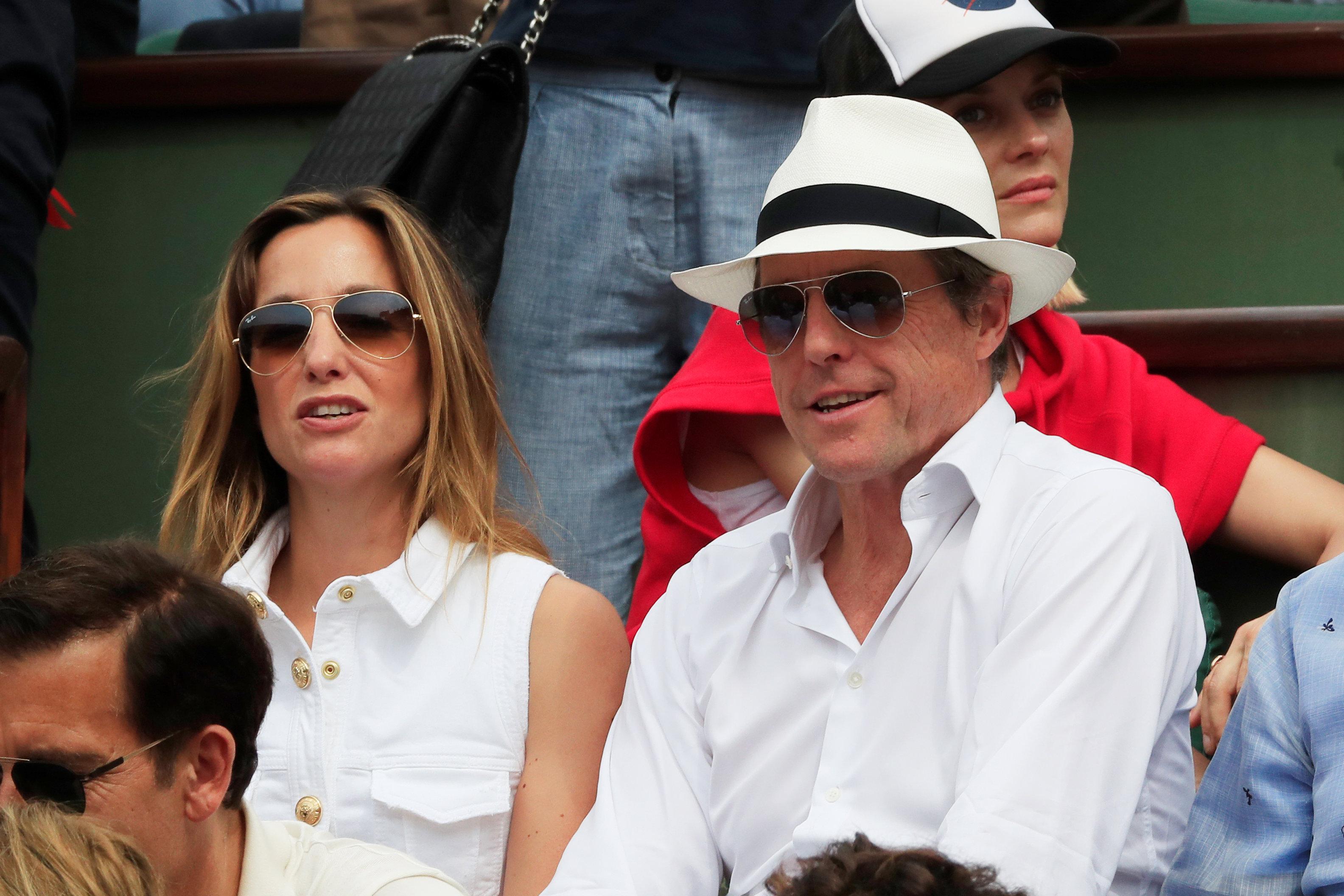 The live audience giggled as he finished: "I always have a fight with a taxi driver in Paris."

After a career playing a string of commitment-phobic characters in films including Four Weddings And A Funeral, Grant married 39-year-old Anna last month.

They swapped vows in a low-key ceremony at Chelsea register office near their £10million West London home.

They then posed for photos with family and friends, wearing their wedding rings for the first time. 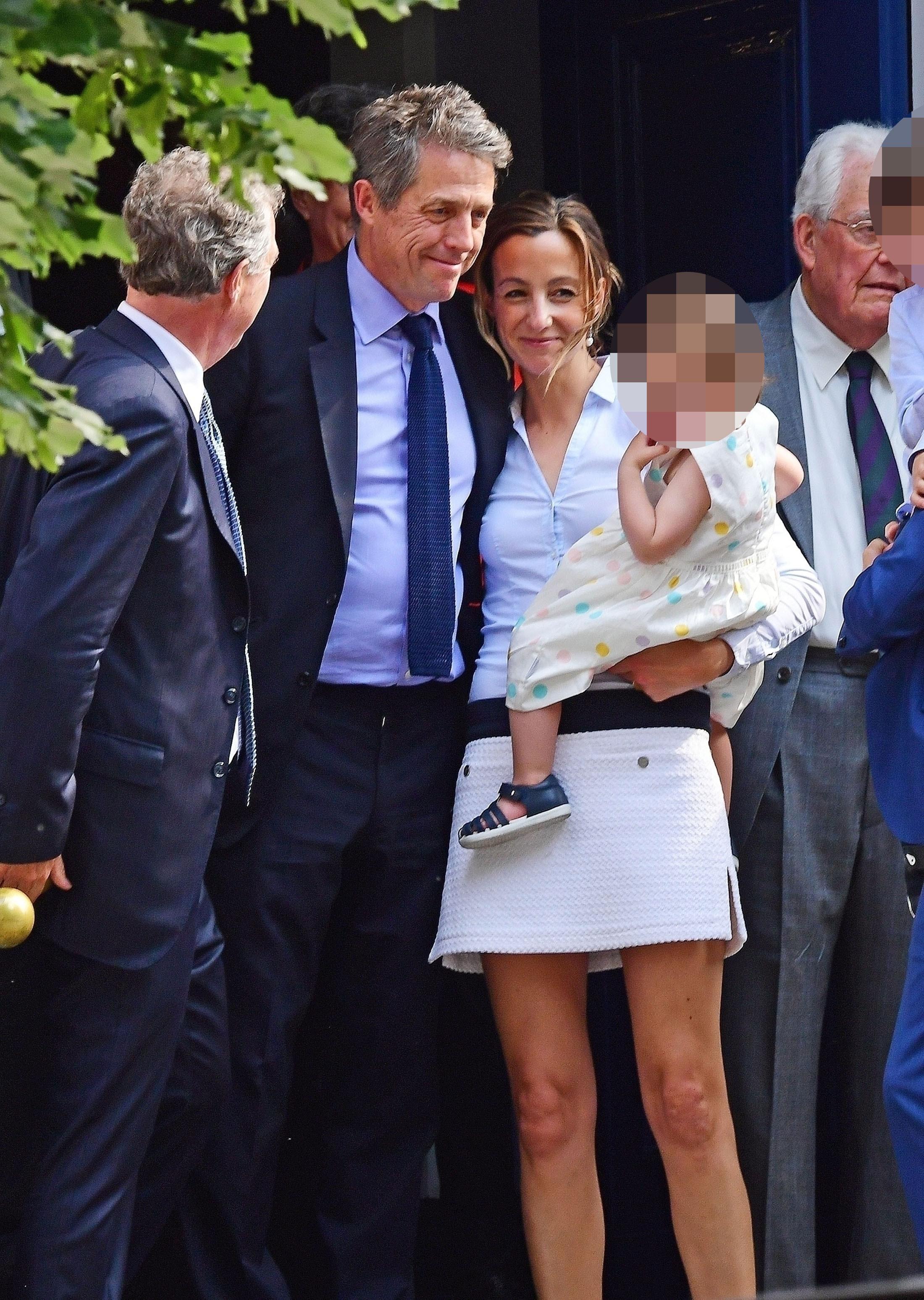 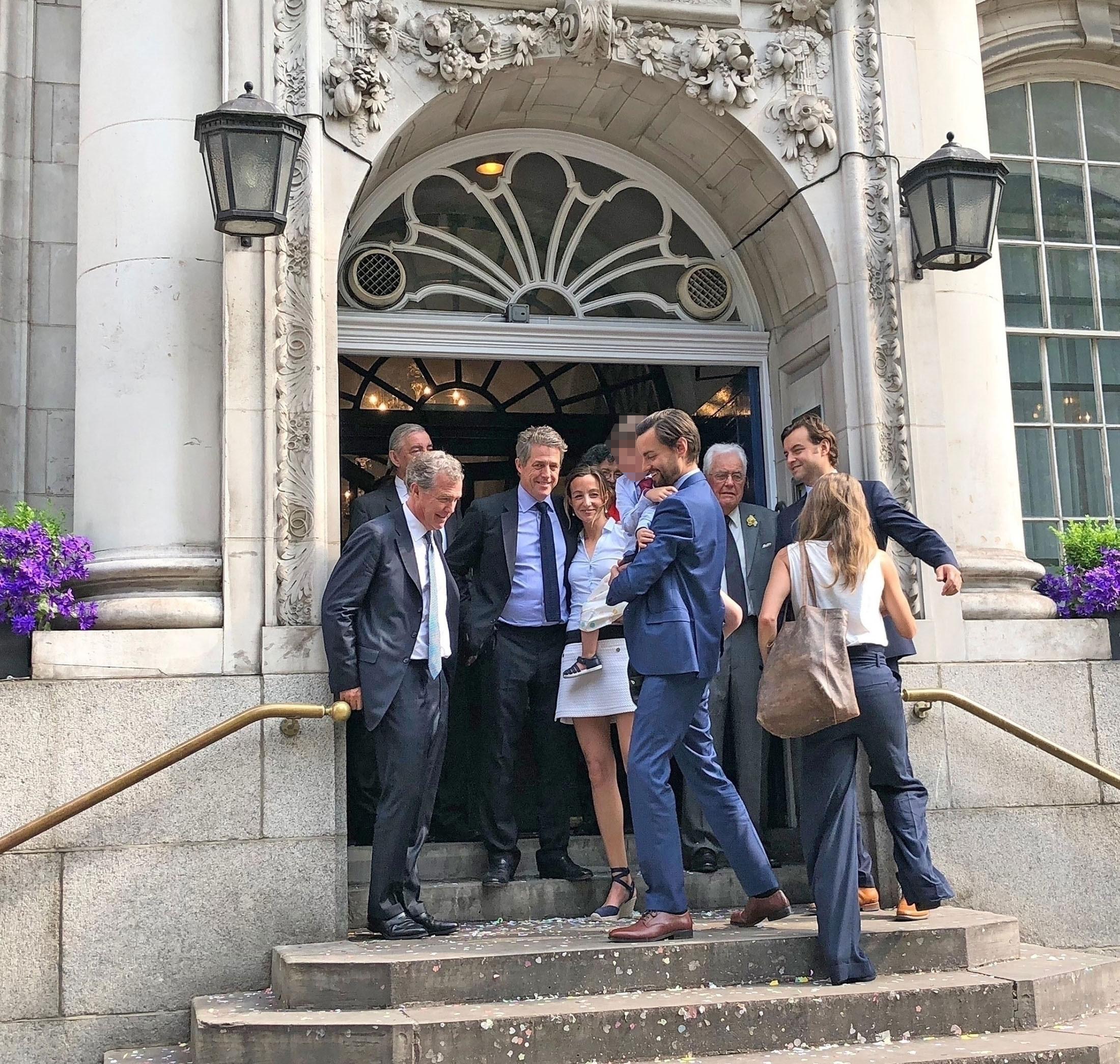 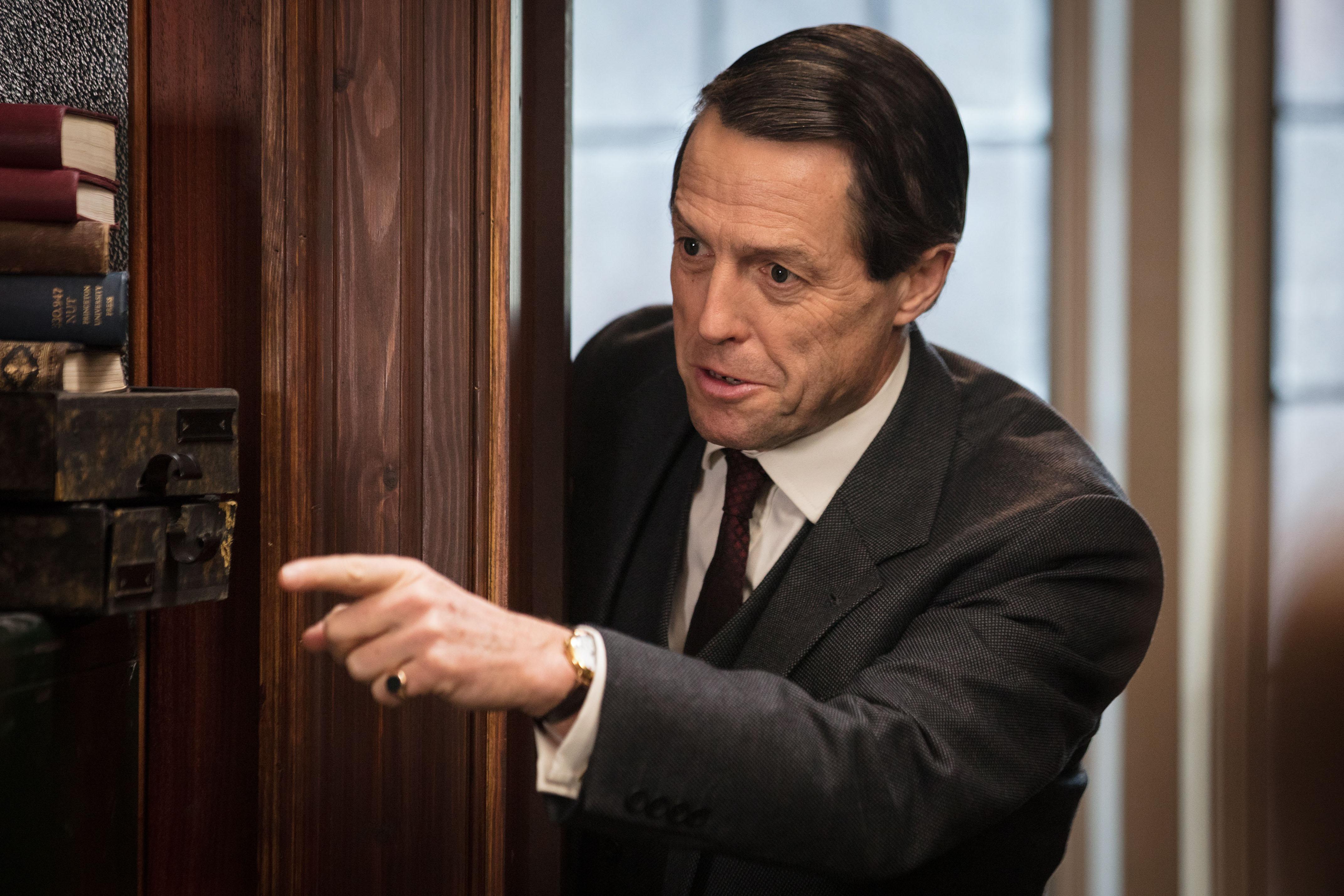 It bore a striking resemblance to a comedy ring used in his 1994 screen hit Four Weddings.

Anna shunned a traditional wedding dress in favour of a miniskirt and fitted blouse, left, but wore a classic gold band on her finger.

The actor had endured a chequered love life — prompting many friends to believe he would never settle down — before finally ­confirming plans to wed earlier this month.

The star, who has three kids with Anna and two by ex Tinglan Hong, has dated a string of glamorous women, but once predicted he'd become "a sad, lonely old man".

His best-known romance was his 13-year relationship with actress Liz Hurley but they split in 2000, five years after he was caught with Hollywood hooker Divine Brown.