Viewers at home took to social media to joke about the way the buttons on Dec's shirt this evening look like nipples. 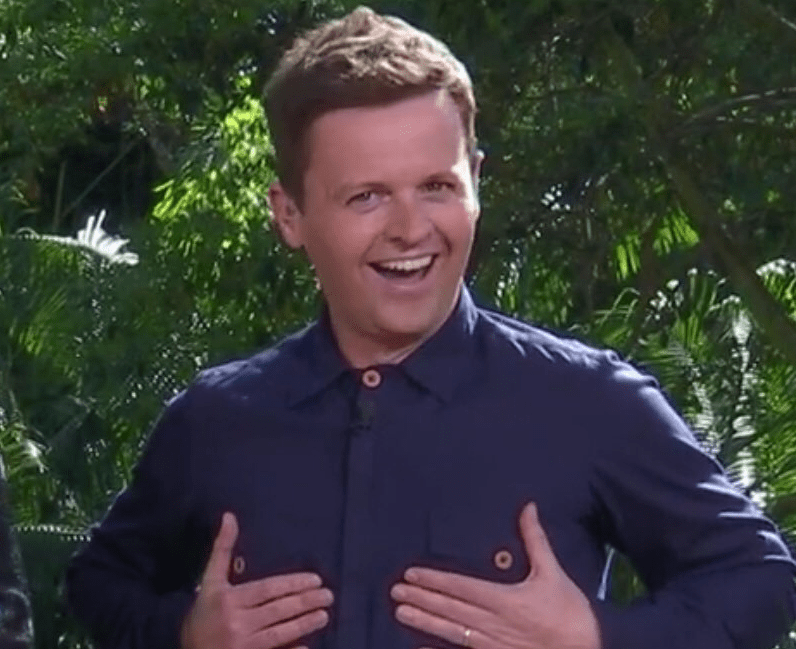 Writing on social media, one tickled fan wrote: "Is it just me or can anyone else not stop looking at Dec's shirt!?

Another added: "Ok it's official #DecsNips have me in hysterics @imacelebrity @antanddec I've had to pause the TV so I can pull myself together".

A third joked: "Wow his shirt looks like nipples… What was going through his head when getting that shirt??!! #DecsNips" Before long, #DecsNips was one of the top trends on Twitter – and the Geordie favourite's co-host poked fun at the star during one of the live links.

Holly called Dec's shirt "nippley", adding: "It is a little.

Dec responded by gasping and covering his chest as he exclaimed: "They're got a hashtag!"

As he ended the segment, Dec then poked fun at himself again by squeezing the buttons on his shirt as he told viewers that the celebrity contestants were ready to "unleash the beast".

Holly later took to her own Twitter page to joke that she "can't unsee #DecsNips".

Dec added on his joint account with Ant McPartlin: "I never thought I’d see the day there was a #decsnips hashtag!"