I’m A Celebrity 2019: Who was left tonight? Who was voted off on Wednesday?

The final of I’m A Celebrity…Get Me Out Of Here! 2019 is a matter of days away and the eliminations are coming thick and fast. With James Haskell the last celeb to bow out of the ITV series on Tuesday (December 3), nerves were high as Ant And Dec arrived in camp during tonight’s episode (December 4) to announce who was voted off next. Here’s what happened and who left.

With just a few days until Sunday’s grand finale, none of the celebs were keen to be sent packing.

Nevertheless, Ant and Dec arrived in camp to announce the results of the public vote.

It was narrowed down to Ian Wright and Caitlyn Jenner in the bottom two.

Unfortunately for Ian, however, it was he who had to say his goodbyes and leave I’m A Celeb. 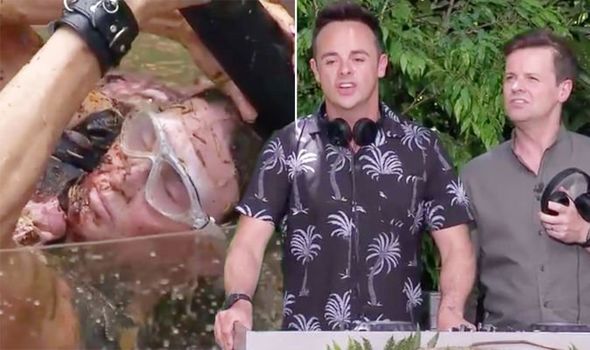 Ian had been in the camp since day one, lasting a little under than three weeks in the jungle.

Tonight’s episode kicked off with the exit of James Haskell.

Ian took the exit particularly tough, saying in the Bush Telegraph: “James leaving has ripped the heart out of the camp,

“He’s supported every person in the camp and it’s a devastating blow and he’s left a void that won’t be filled.” 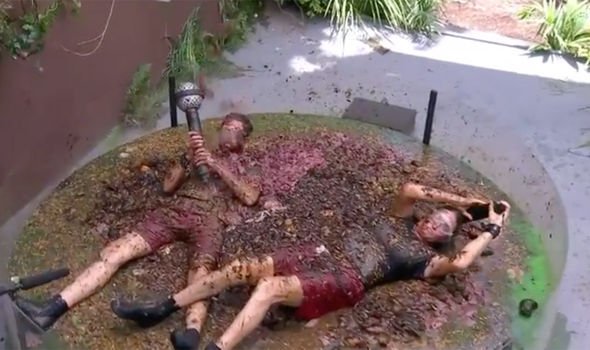 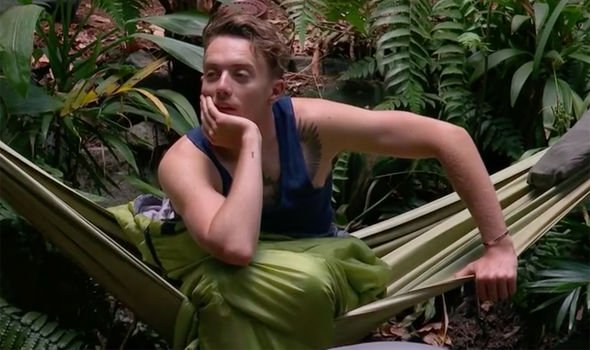 Shortly after, two of the celebs had to face the Bushtucker Trial.

The unfortunate campmates were Roman Kemp and Caitlyn Jenner who had to tackle ‘Slops of the Pops’.

The task involved the pair smashing piñatas while being strapped to turntables while covered in critters.

Caitlyn and Roman put on a defiant performance and headed back to camp with all eight stars. 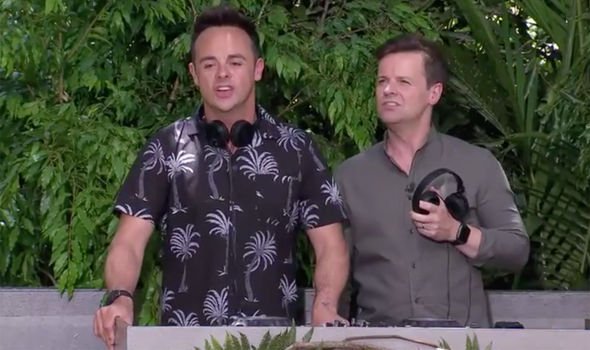 They were met with a raucous reception as they arrived back in camp and announced the news.

Caitlyn and Roman weren’t the only ones to leave camp and face a challenge, however.

Presented with a giant pool table, the duo just about managed to complete the task and headed to Kiosk Kev’s Outback Shack.

However, they returned empty-handed as the campmates got the question wrong.

The episode ended with a trip to Jungle Radio – a challenge area which could see each campmate reward with a full English breakfast.

Kate Garraway and Roman took on the task as they had to ensure there was no “dead air” while their campmates listened in.

Meanwhile, the rest of the celebs had to answer musical questions.

Together, the group succeeded and will be rewarded with a cooked breakfast tomorrow.

I’m A Celebrity 2019 continues every night on ITV.