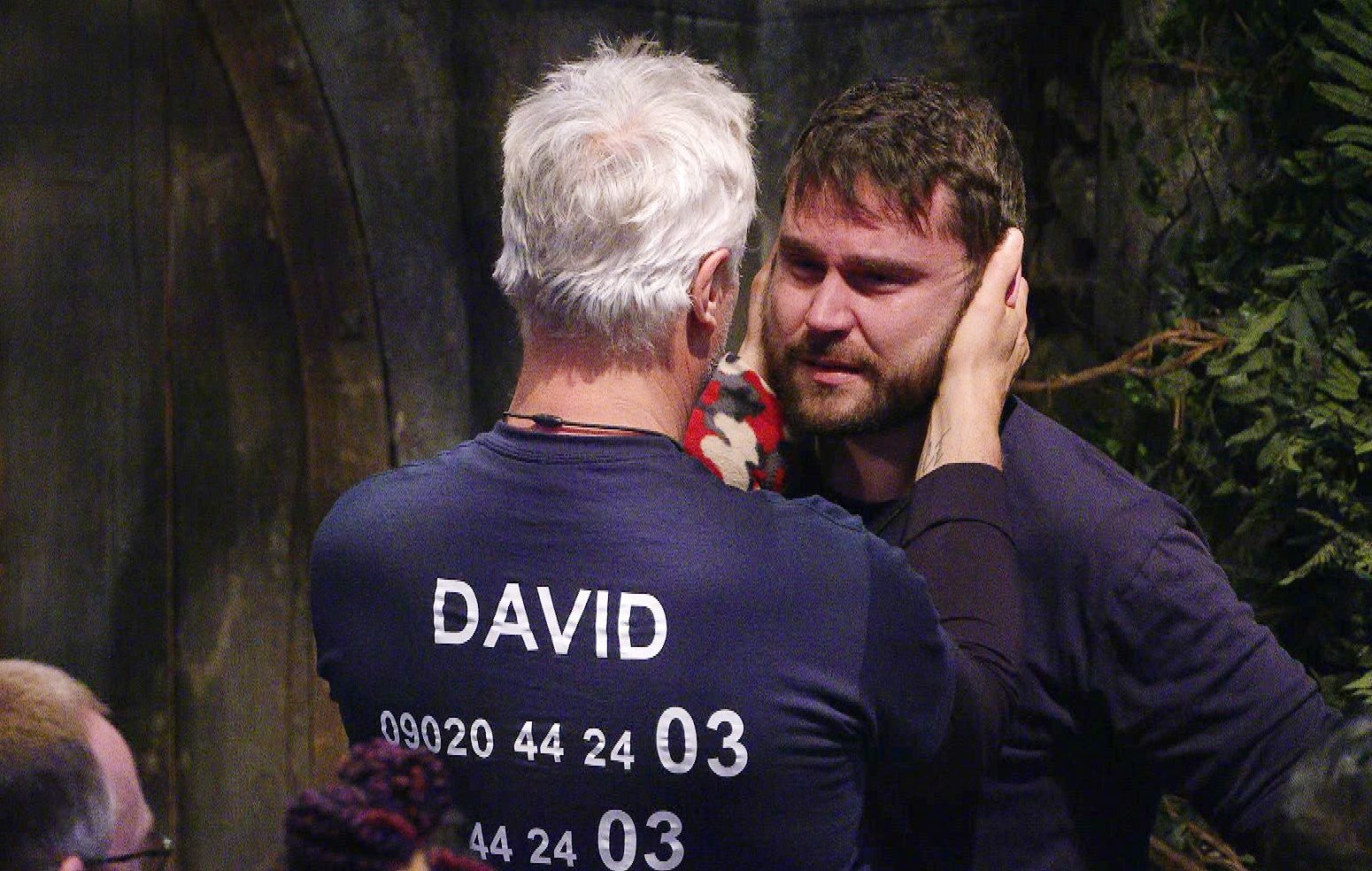 I’m A Celebrity…Get Me Out Of Here! winner Danny Miller has confessed he had a ‘full-on man crush’ on footballer campmate David Ginola during his time on the ITV show.

After being crowned the King of the Castle, the former Emmerdale actor revealed he was looking forward to sharing a bed with his ‘childhood hero’ but had his advances rebuffed.

‘David was a childhood hero of mine and I was trying to get a leg over all week,’ Danny shared.

‘I finally got the opportunity to sleep in the same bed with him and he weren’t having any of it.’

Danny added to The Daily Star: ‘He was a bit stiff to be honest. I was trying to get my leg over and give him a little cuddle but he was having none of it.

‘There was a spoon that wanted to become a fork and he lost it.’

After presenters Ant and Dec announced he had won the competition, Danny was handed the winner’s sceptre and a floral crown.

‘I mean honestly, from the bottom of my heart and my family’s heart – thank you so much, this is just the best thing that’s ever happened to me, bar my son,’ he said. ‘So yeah, I can’t believe it, I’m shocked.’

The actor added: ‘I never thought I’d be in this position, I barely thought I’d make it through the first two or three votes or so.’

Danny entered the castle three weeks after the birth of his first child, a son called Albert, and told Ant and Dec he had gone on the show to secure his child’s future financially.

‘I have made no secret about the fact that I wanted to be able to give him and set him up for a good future,’ he added. ‘I wasn’t financially set for that and this is an opportunity to do that.

‘It would set me and my family up. I feel like I have done it. I feel proud of myself and I hope my family are as well.’

I’m A Celebrity… Get Me Out Of Here! is available to stream on the ITV Hub.