LORRAINE Kelly opened up her home to fans today as she shared her lockdown hobbies with viewers of her ITV morning show.

The 61-year-old star proudly showed off her stunning house, which she shares with husband Steve Smith and their beloved pet dog Angus. 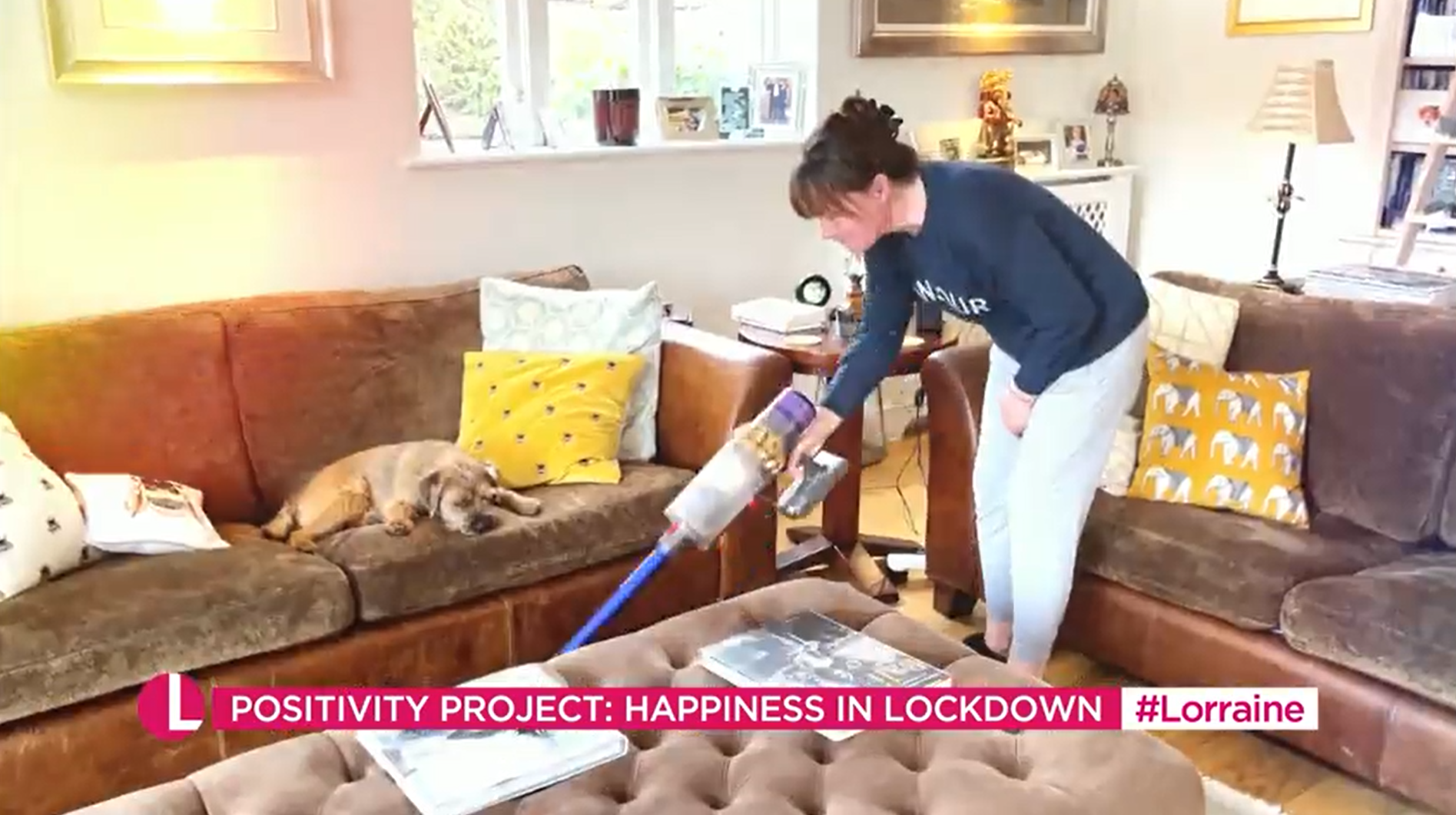 The video was made as part of the Positivity Project, which hopes to give Brits more happiness in lockdown.

So Lorraine revealed how she has been keeping mentally and physically strong – and pup Angus plays a key role.

The star lives close by to plenty of green open space, and she told the camera how important it is to get outside at least once a day.

Lorraine continued: "That's where Angus comes into his own, walking Angus helps me mentally as well as physically." 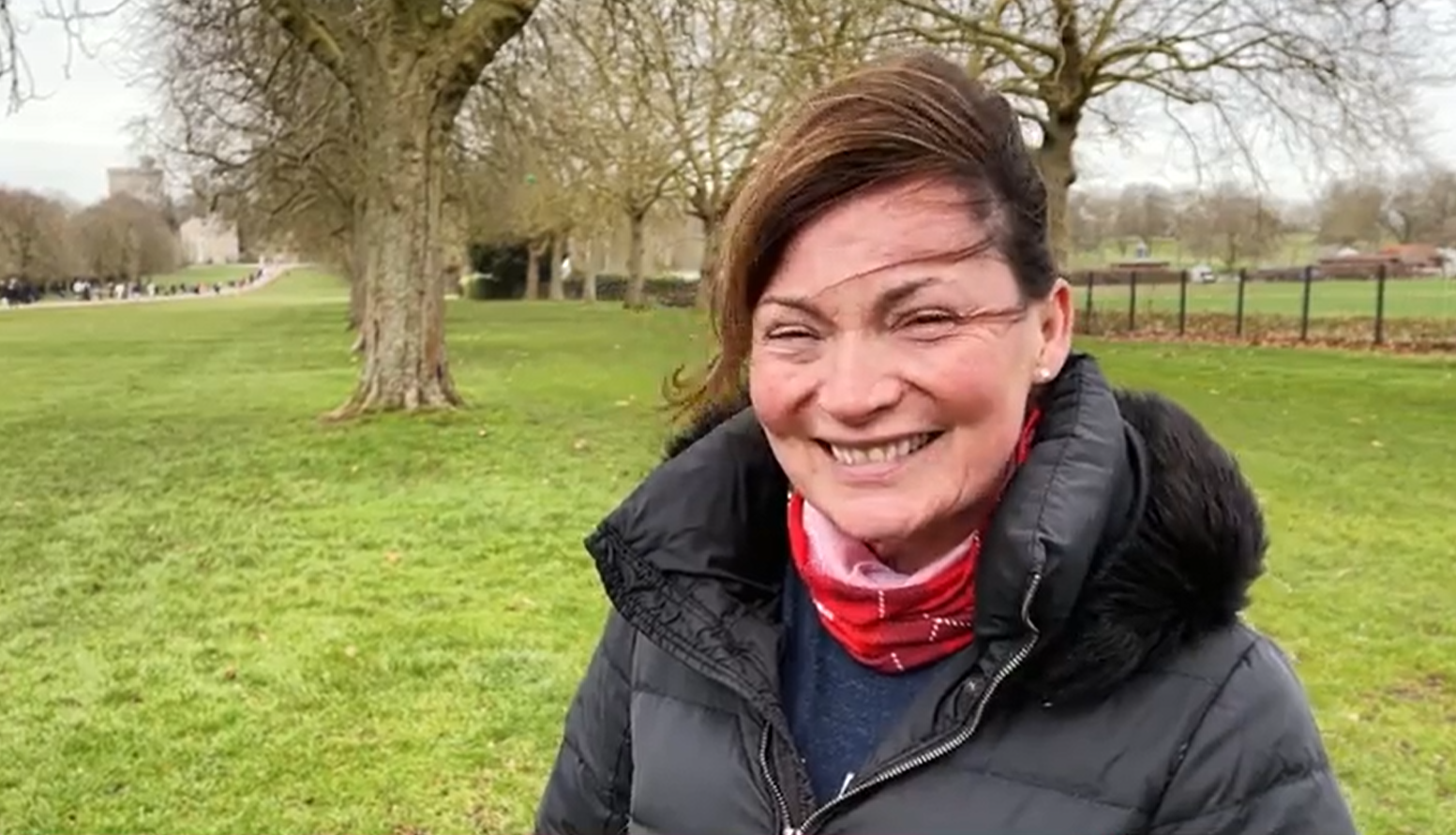 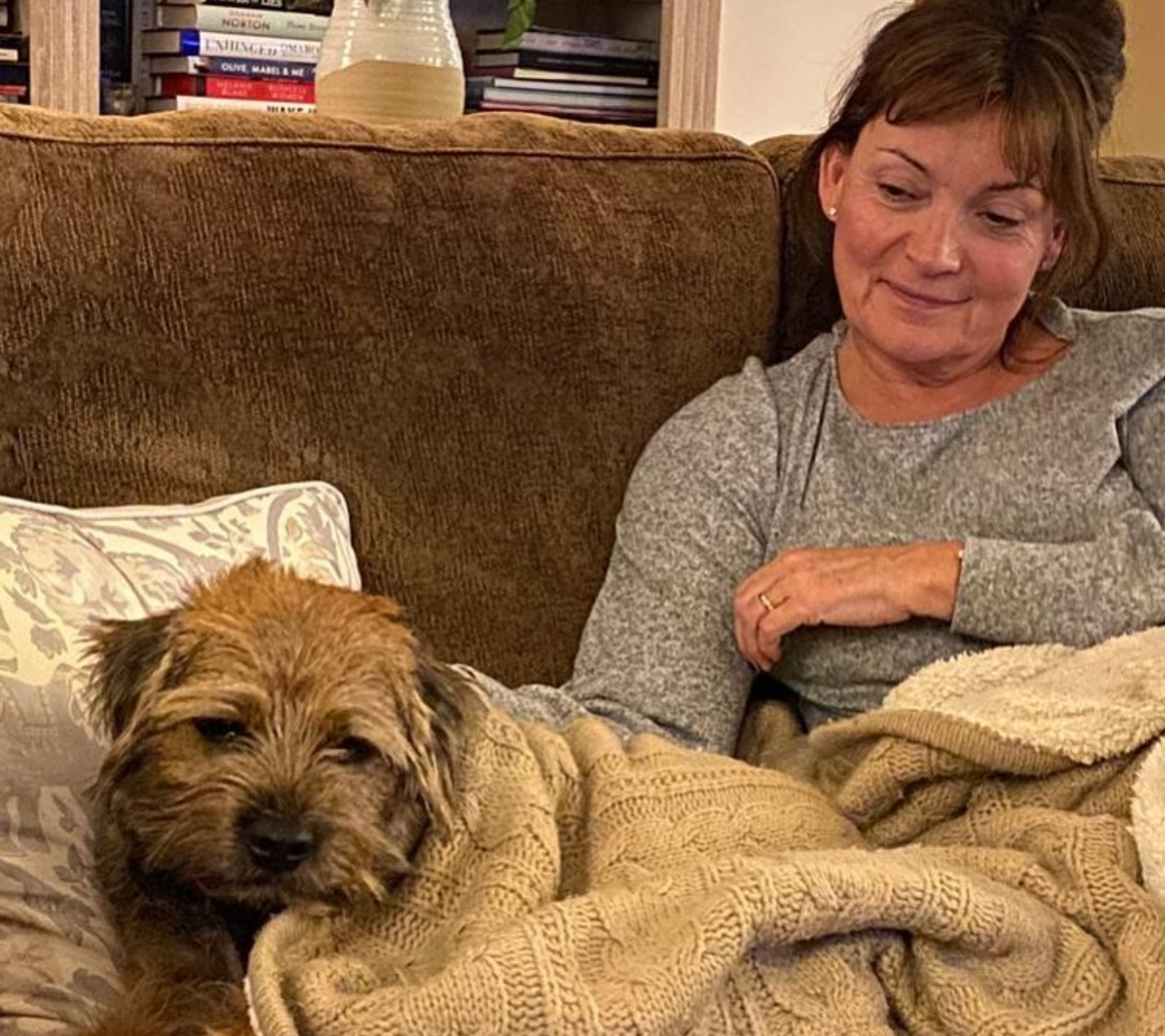 And after the exhausting walk, Angus could be seen relaxing on one of Lorraine's large brown sofas as she hoovers around him.

The sofas are covered with bright and eye-catching cushions, including ones with bee patterns as well as an elephant pattern.

They border a large brown ottoman, which serves as the perfect spot to store magazines and books, with the light walls giving Lorraine's living area a bright and airy feel.

She has plenty of personal knick-knacks around her home, including framed photos, lamps, and artwork on the walls – with large windows letting in plenty of natural light. 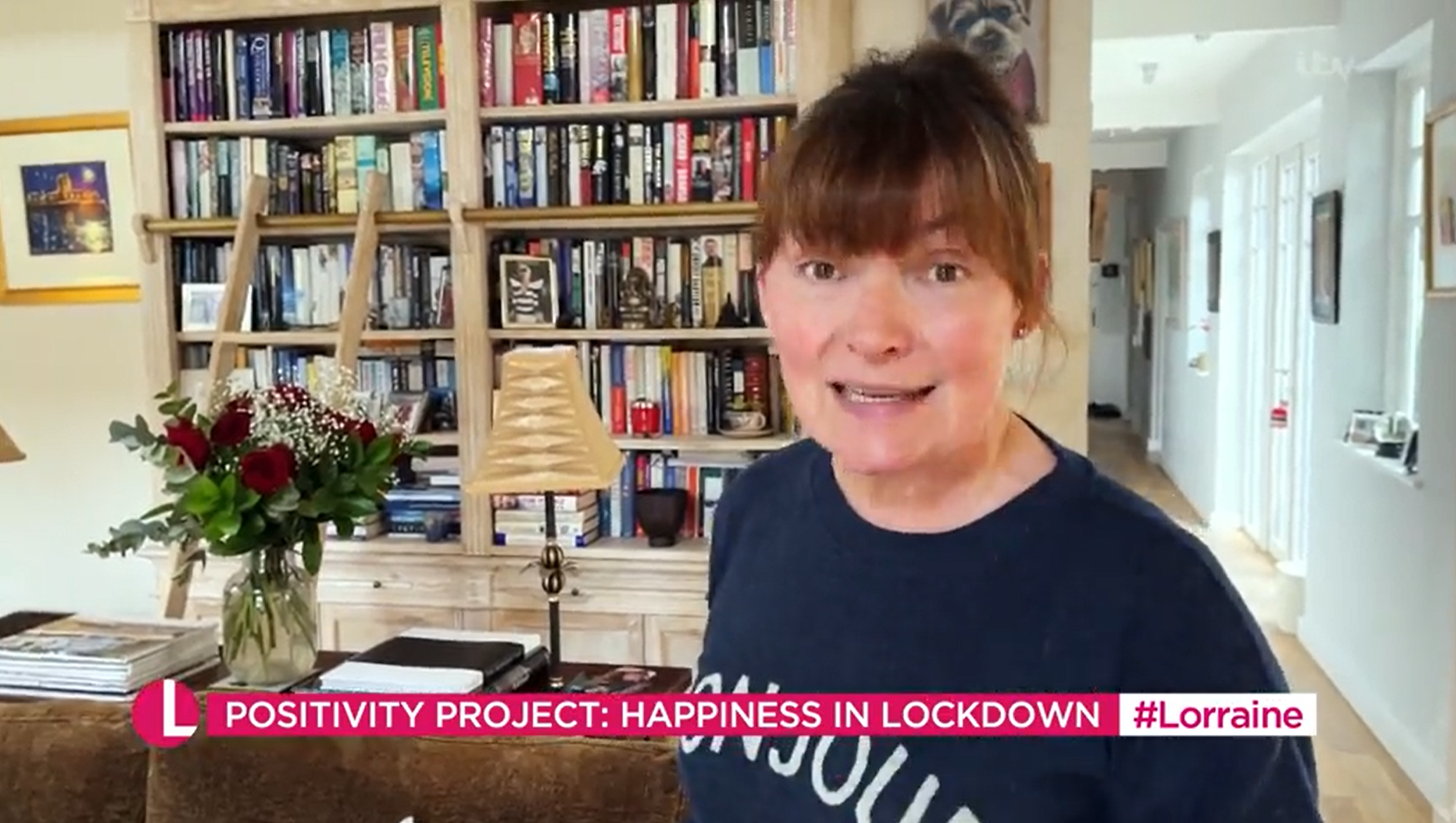 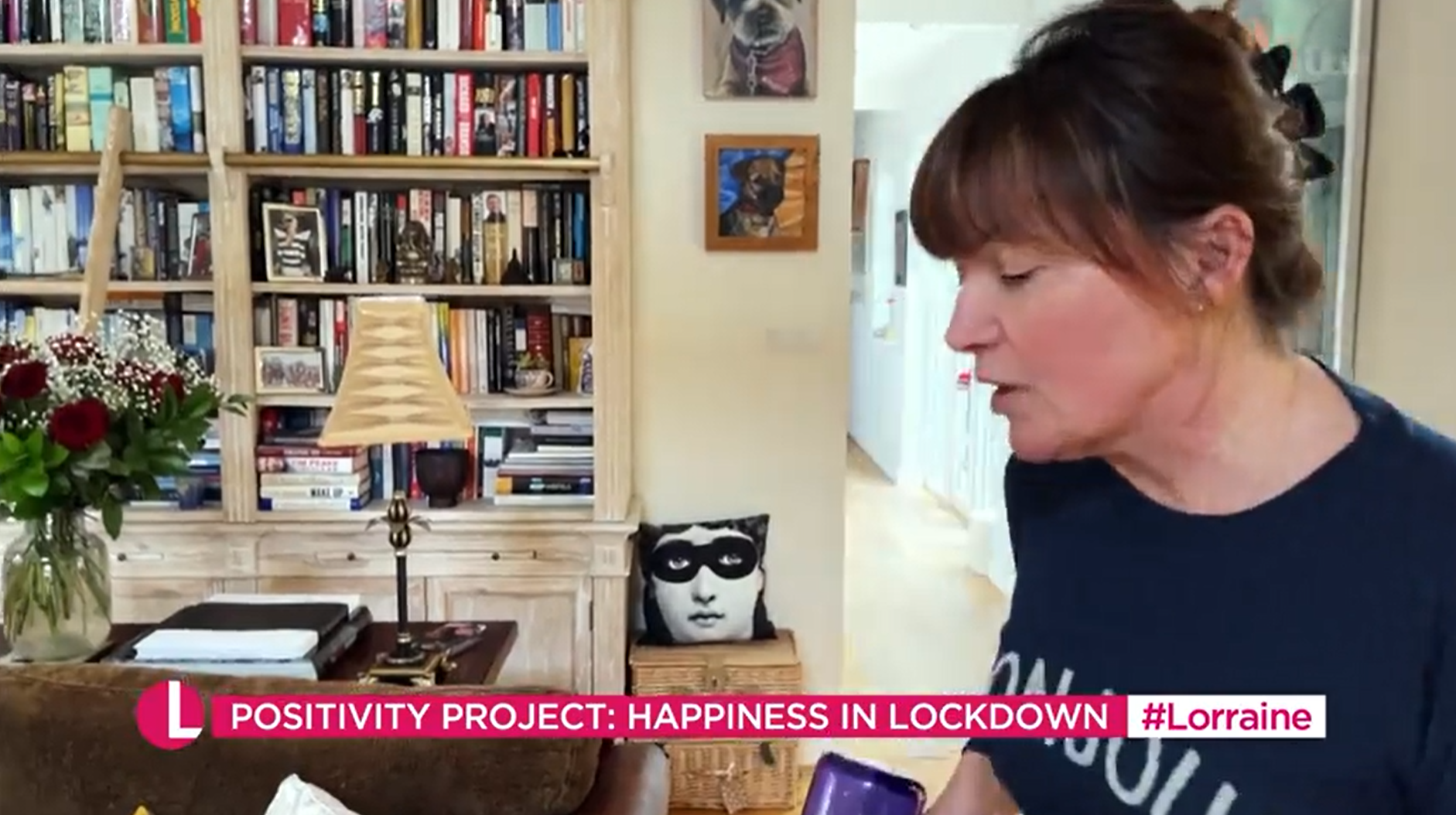 Lorraine tells viewers that she has spent lockdown "tidying, sorting, and organising" – which is clear from her perfectly-arranged bookcase.

The charming wooden shelves even have a matching ladder attached to them, to help the star reach the books at the top.

A painting of Angus can also be seen hanging on the walls, with a long hallway leading to the kitchen area and French doors that go out to the garden.

Lorraine has also decorated the living room with fresh flowers, chic wicker storage baskets, and even a quirky pillow with a face printed onto it. 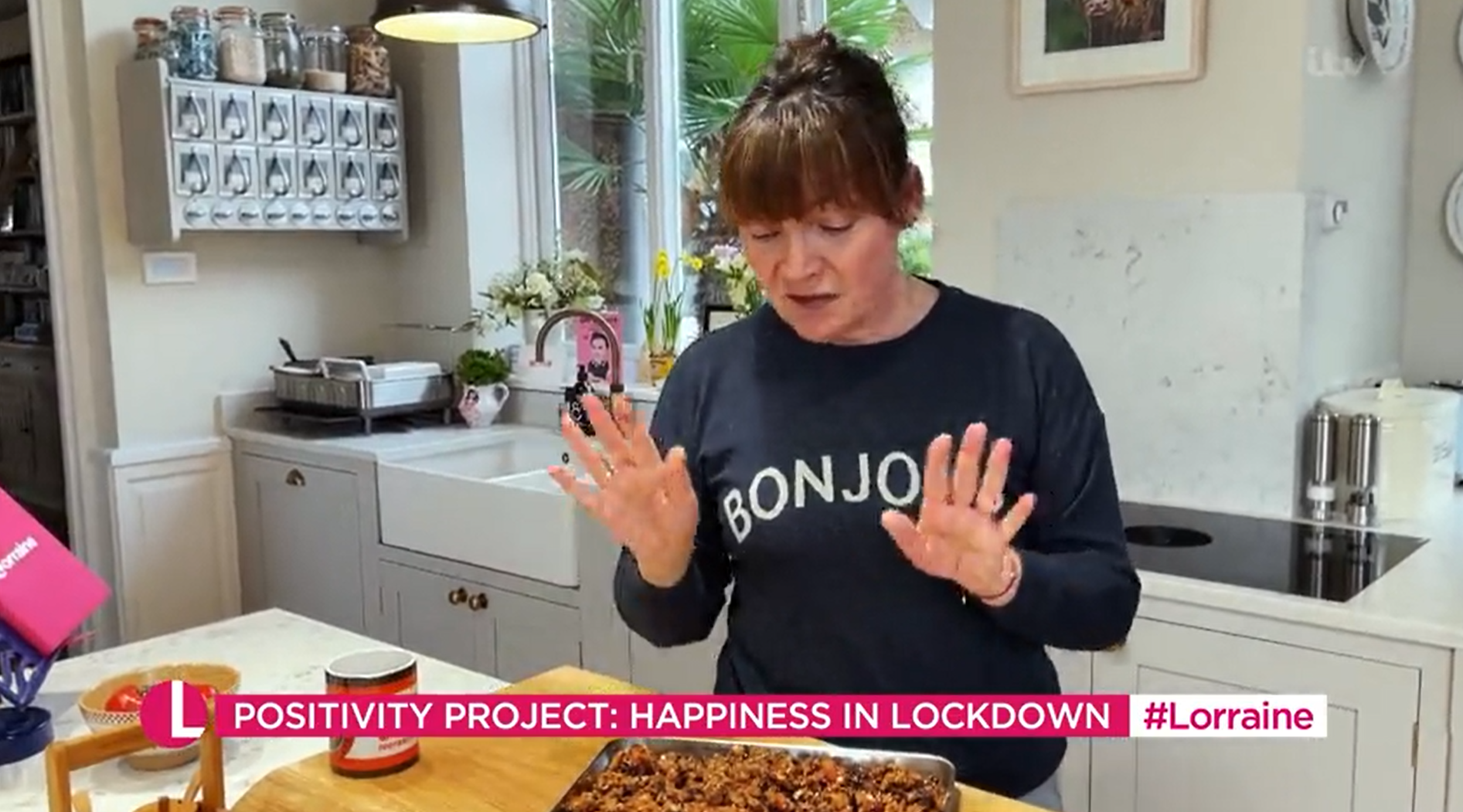 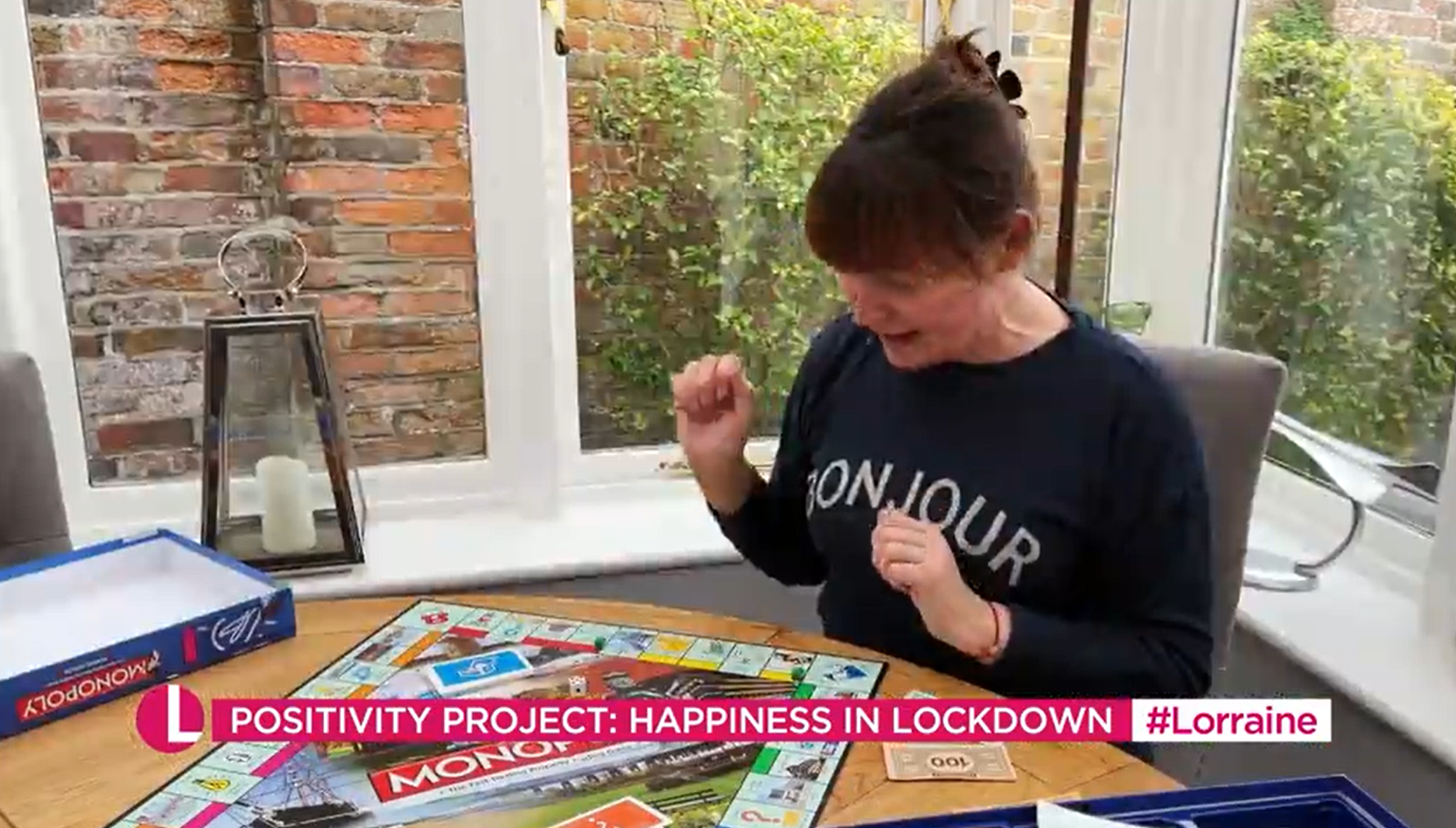 The host moves to the kitchen to tell fans about her next past-time – admitting that she has been trying her hand at baking despite not being a natural cook.

Lorraine's kitchen is incredibly stylish, with a large marble-look island that is perfect for her to get to grips with her recipes.

There are also plenty of cabinets with chic grey cupboard doors and gold handles, and a low-hanging lamp over her sink.

There is white marble detailing throughout the space, as well as an eye-catching spice rack and cabinet to contain other bits and pieces.

Once again, fresh flowers and natural light brighten up the area – and there are decorative plates hanging on the walls as well as framed photos. 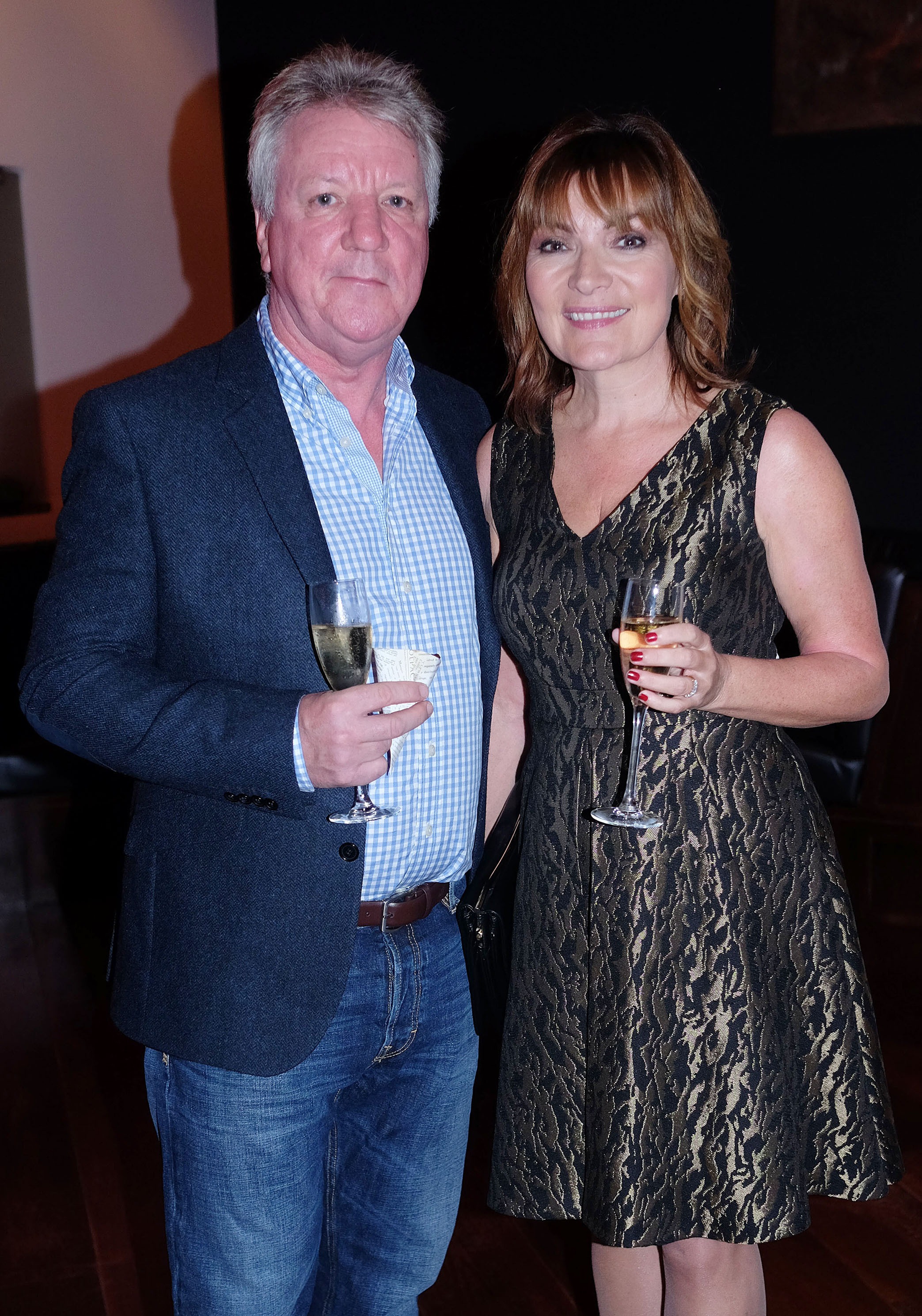 Lorraine also told how she likes to play Monopoly in her conservatory, with a brown wooden games table surrounded by large windows that offer a stunning view of the garden.

High-back chairs offer maximum comfort for games, with a lantern and ornament visible on the window sill.

Lorraine and her family used to live in her native Scotland, but they moved closer to London due to the star's lengthy commute to the ITV studios for work.

She and TV cameraman husband Steve married in 1992 and share one daughter, Rosie, who was born in 1994.