MARRIED At First Sight UK star Morag Crichton has given fans a glimpse of her secret wedding party – and dropped a major hint about the status of her marriage to Luke Dawson.

The Veterinary nurse, 31, took to her Instagram last night to share a black-and-white photo of herself celebrating her debut on the E4 series. 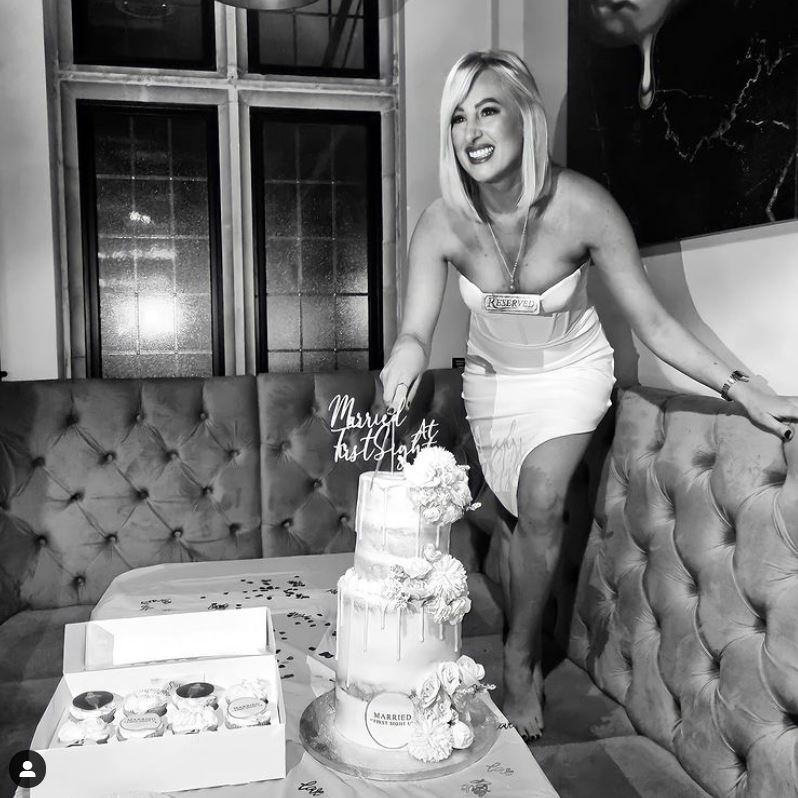 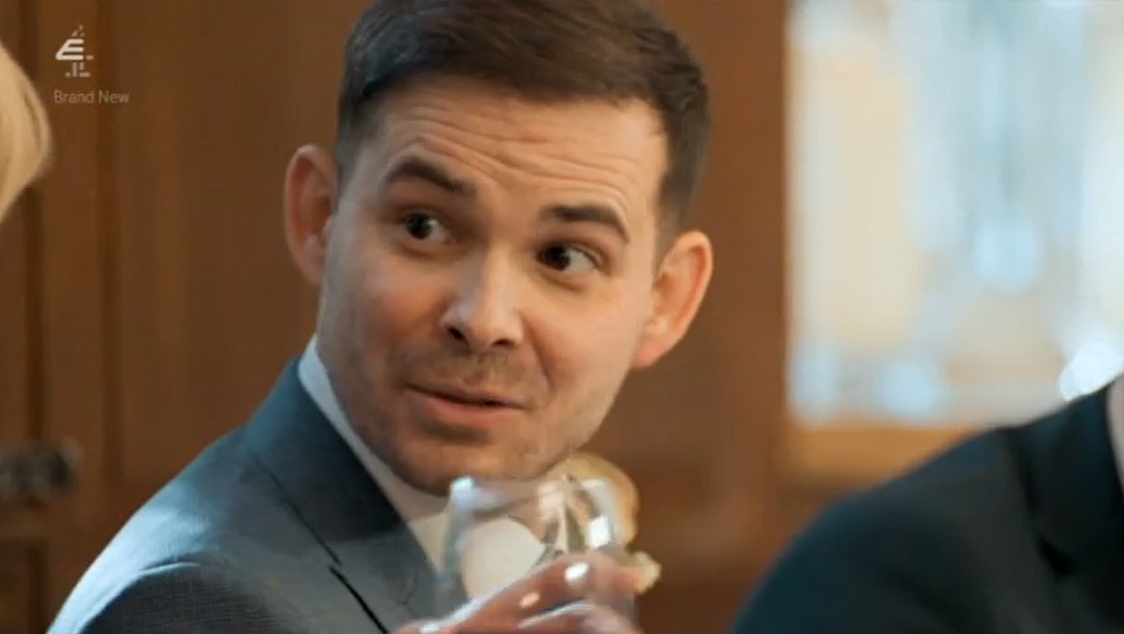 In the shot, the E4 reality star could be seen smiling in a strapless midi dress with a daring thigh-high split as she cut a three-tier wedding cake that featured a 'Married At First Sight' sign in gold.

Standing barefoot on a booth, Morag revealed that she had thrown a party for her nearest and dearest who weren't able to attend her wedding on the E4 series.

Captioning the pic, she penned: "Had the best night celebrating with friends and family last night.

"🤍 the weddings we’re kept really small and couldn’t have all our loved ones there. So last night certainly made up for it 🥂".

The post got fans talking in the comments section and had many wondering if she was still married to Welsh fireman Luke.

One follower penned: "Oh I love you two together I really hope you make it 😍" to which Morag simply responded with several fingers crossed emojis.

"Does this mean that you are still together?" a fan directly asked. Playing coy, Morag replied with a lip-sealed emoji.

The response wasn't enough for the fan who responded: "@morag_moo that’s a no then 😳🤔".

However, the reality TV star was spilling any secrets and insisted, "sworn to secrecy 📝".

That's not all though as Morag replied to another viewer comment which read, "I hope you are still together, he is so lovely and you need to look beyond what you’ve ordered, or you’ll never find someone! xx".

Tellingly Morag replied: "He is an absolute angel. And you’re not wrong. Everyday I’m learning and growing. Xx".

Morag had already angered some viewers after moaning "I didn't get what I ordered" after seeing Luke, but things went from bad to worse over their wedding breakfast.

As the two strangers started to get to know one another, the topic of having children came up, and Luke revealed he definitely wants to be a dad one day.

When he asked if she wanted children, she said a simple "No", leaving him visibly stunned.

Speaking to the camera, Luke admitted: "Morag not wanting to have kids is like a major thing for me.

Back at the dinner, Luke asked his new wife: "Would you want kids in the future?"

Morag replied: "I've not ever got to that point where I'm like 'yeah'. There's a lot of things I still want to do, for me."

As Luke gulped his wine to mask his horror, Morag told the camera: "I think he was shocked, but I'm happy the kids conversation came up so soon, I just think it's important to put those cards on the table this early."

Luke's best friend Gavin then told the camera: "Luke has always wanted a family and if Morag never wants children, I don't think it's going to work with Luke."

The groom was then seen telling his friend at the table: "The kid thing's a killer you know that?"

Married at First Sight continues on Wednesday, September 1 at 9pm on E4. 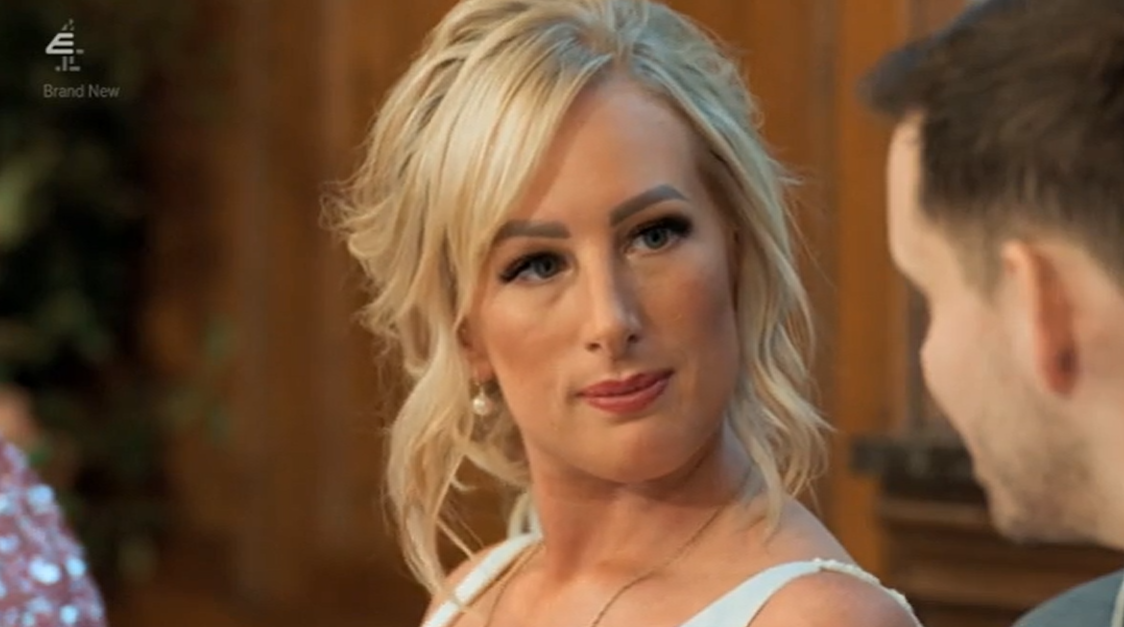 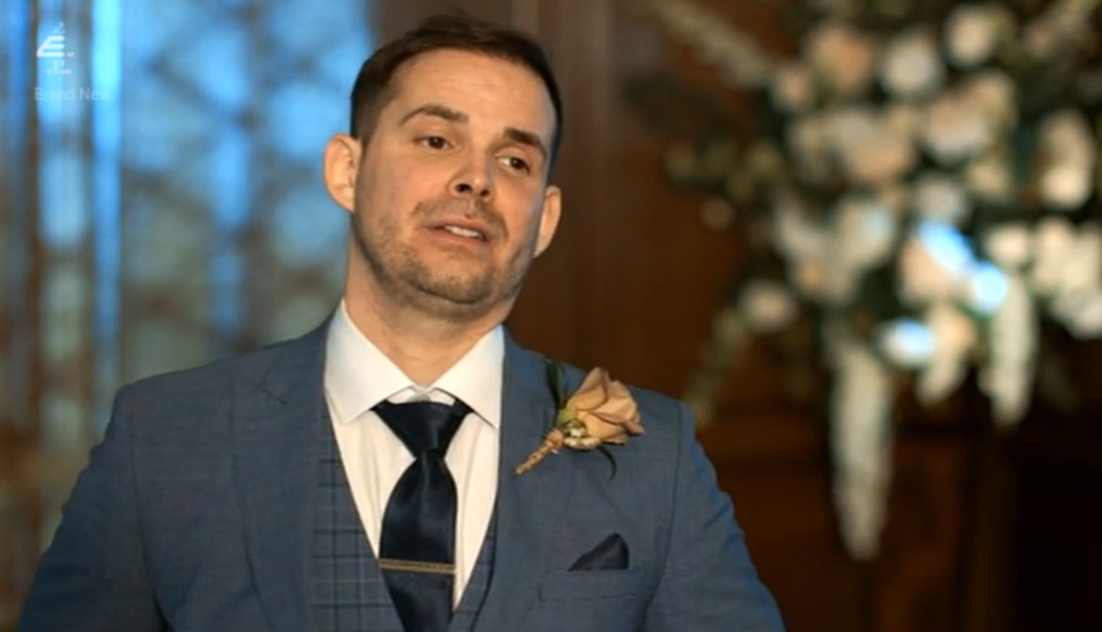