We’ve got questions, and you’ve (maybe) got answers! With another week of TV gone by, we’re lobbing queries left and right about dozens of shows including Evil, Legends of Tomorrow, Chucky and Survivor!

1 | How could S.W.A.T.‘s Hondo show up and tell the others, “Let’s get back to work” if Deacon had just left Hicks’ office and there was zero indication Hondo would ever get his job back?

2 | Did Evil assemble the most random assortment of guests for David’s ordination party? And after nothing happened between David and Kristen following their conversation about how things would have been different if they’d met earlier, were you surprised to get a kiss so soon? Lastly, was it funny that Kristen told the kids to “watch Netflix for a few hours” when that’s a Paramount+ competitor? 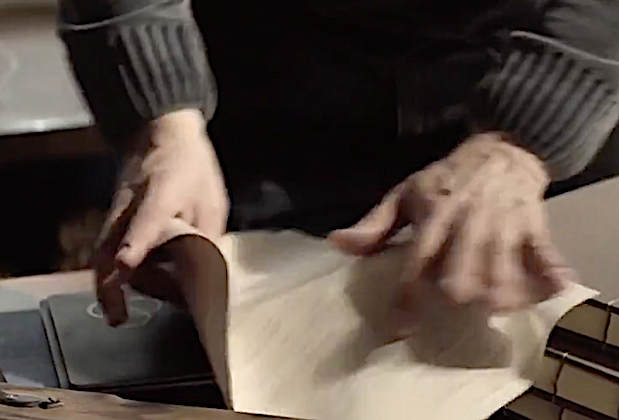 3 | Would The Walking Dead: World Beyond‘s CRM soldiers really not have heard Iris and Felix dispatching empties a few feet away — regardless of whether they fell when re-killed? And was literally putting a piece of paper over Iris’ code books the most surefire way for that Perimeter dude to hide them from the CRM?

4 | Did it feel weird to have a Chesapeake Shores episode without Abby, especially given Mick’s accident?

5 | In Scenes From a Marriage, did you feel like the line Jessica Chastain’s Mira says from the original movie was clever, or cloying?

6 | Is The Equalizer‘s Delilah McCall more, less, or equally annoying than Scott McCall was in the original series?

7 | Dear The Voice: Could you please reserve a red swivel chair for the insightful and funny Kristin Chenoweth next season?

8 | On NCIS, were you surprised that Gibbs’ exit didn’t involve him buying that beater of a boat at the marina? Or do you reckon he will be refurbishing it when (if?) the show ever checks back in on him?

9 | Shouldn’t NCIS: Hawai’i‘s Tennant have brought along a sat phone (hey, maybe Vance can get her one!) when chasing baddies into a remote mountain range? 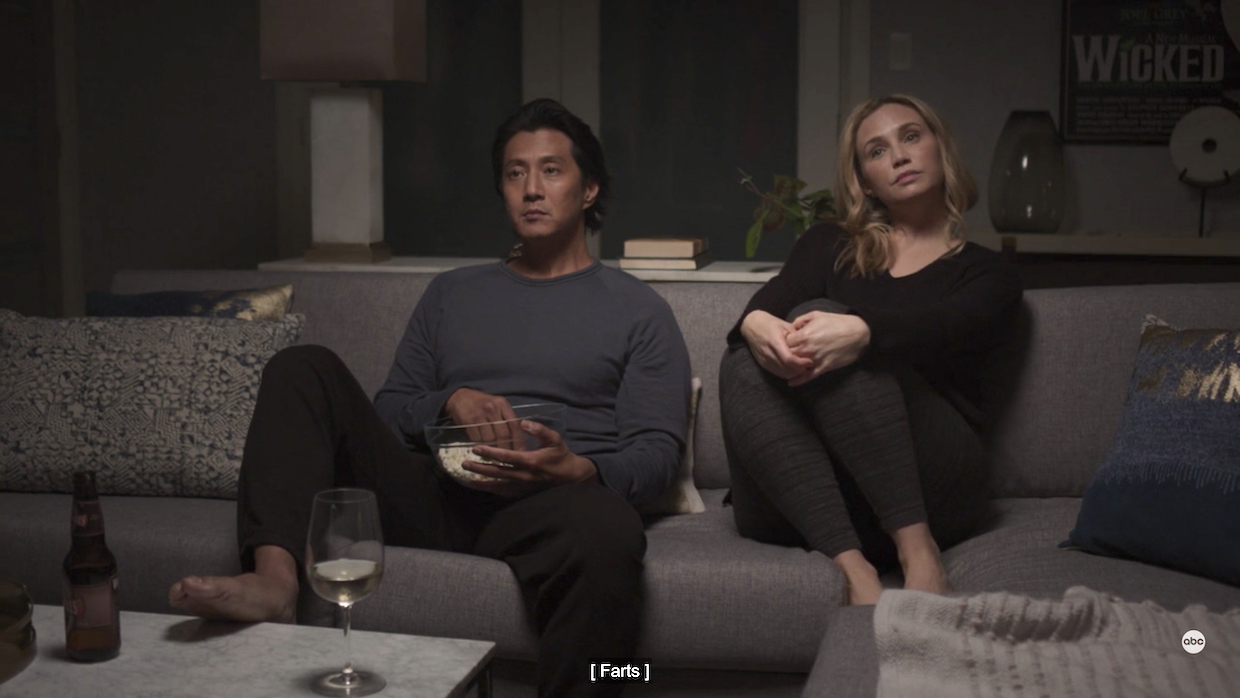 10 | Was seeing The Good Doctor‘s Morgan finally let one rip in front of new boyfriend Park one of the week’s funniest TV moments?

11 | We know Dancing With the Stars had to promote Disney’s recent Cruella film (starring Emma Stone), but seriously: Not even a single photo of Glenn Close as the iconic villain during Amanda Kloots’ rehearsal package?

12 | Is La Brea glossing over some things, like where the random hodgepodge of food stuffs came from (a sunken C-store?), and how Eve changed from khakis to jeans? Also, wasn’t Josh awfully spry for someone who almost died just a day ago and has possibly half-haphazard stitches in his abdomen?

13 | When Stargirl flashes back to “Decades Ago,” are Pat and Sylvester supposed to be, what, in their late 20s at most? Should the show do a bit more (anything) to “de-age” Luke Wilson and Joel McHale?

14 | Fans of The Resident and Gilmore Girls, how bummed were you that Matt Czuchry didn’t share scenes with guest star Gregg Henry, who played Logan Huntzberger’s father on the WB/CW series?

15 | Which McKinley Freeman appearance pleased you more Tuesday night: his turn as Nova’s neighbor on Queen Sugar or as Nikki’s father on Our Kind of People?

16 | Even though she said she didn’t remember, how did Jake’s neighbor come into possession of Chucky? And how do you think the returning characters (Tiffany, Andy, Kyle and Nica) will fit into this new madness? 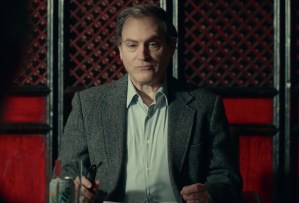 17 | Is it just us, or is Dopesick‘s Michael Stuhlbarg giving Joaquin Phoenix Joker vibes as Richard Sackler?

18 | Is anyone on Survivor 41 getting as big of a winner’s edit as Shan right now? And be honest: How hard did Danny and the Luvu tribe tug at your heartstrings when Heather broke down in tears after the reward challenge?

19 | Would you have preferred for The Conners to give Dan and Louise a less chaotic wedding? As selfish as Darlene can be, at what point does Ben accept some of the responsibility for the implosion of their relationship? And TVLine reader “Patty’ asks: How did they fix those oversized bridesmaid dresses? 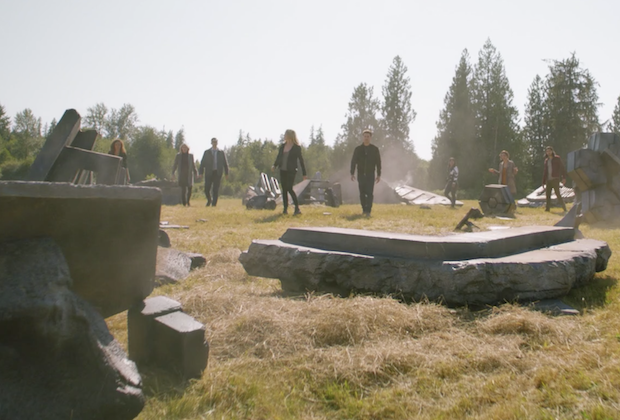 20 | Could Legends of Tomorrow‘s Zari give Project Runway contestants a run for their money in terms of sewing speed? Is it far too obvious that the Legends themselves wind up blowing up the Waverider in 1925 after somehow returning to the future? And how come the wreckage looked as if the time-ship was made of concrete?

21 | On The Sinner, are you already more invested in Percy’s story after one episode than you ever were in Jamie’s? And do we have to take everything Ambrose sees on his own with a grain of salt now that we know he’s seeing things that aren’t there?

22 | We know that Sistas‘ Sabrina and Jacobi aren’t a thing anymore, but are you half expecting him to swoop in and save her and Maurice from Q and his robber friends at the bank? We know he can knock dudes out with one punch, right?

23 | Why would Titans‘ Jason — of all recently resurrected people! — be agog that Dick came back from the dead? Also, which character drops the best F-bombs, and why did you say Donna?

24 | In One of Us Is Lying Episode 6 (SPOILER ALERT!), the other students are all watching as the Murder Club is dancing, but then once Bronwyn and Nate start making out in the middle of the dance floor, they’re no longer interested? 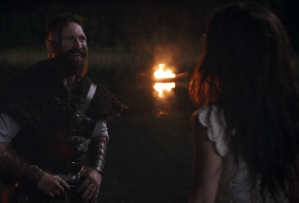 25 | Were you tickled that two of CBS’ Ghosts apparently will have a Will They/Won’t They thing going on?

26 | If B Positive‘s Mr. Knudsen had nearly $50 million to his name, couldn’t he have afforded a nicer retirement home than Valley Hills? If anything, wouldn’t he have had private home care and a personal driver to take him to and from appointments? 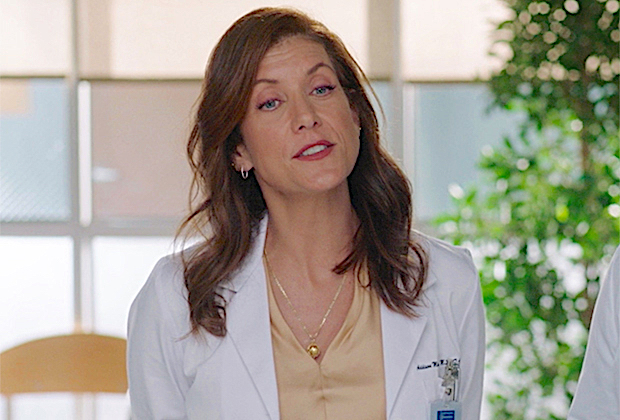 27 | Did any Grey’s Anatomy viewer buy that the teen whose Internet girlfriend was rushed to the ER would know the code to unlock her phone? And can Addison please stay on the show? Pretty please?

28 | Would this week’s Law & Order: SVU victim really have said she thought about reporting her rape “to SVU” instead of just “to the police”?

29 | How worried does it make you every time Law & Order: Organized Crime‘s Stabler, who’s supposed to be deep undercover with an Albanian drug ring, swings by his apartment to chat with his family? Aren’t the odds pretty good that somebody nefarious is keeping tabs on him? And on an unrelated note: Where can we get our hands on the dress that Bell wore to the party? It was 🔥.

Hit the comments with your answers — and any other Qs you care to share!