IT: Chapter 2 movie – cast, release date, plot, changes from the book and everything you need to know

The long-awaited adaptation of Stephen King’s IT arrived in cinemas to massive box office and wide critical praise, and with it the promise of a second part, with the movie closing with the words “IT Chapter 1“.

So no surprise, the second chapter was soon underway with co-screenwriter Gary Dauberman penning the script and director Andy Muschietti returning. So what can we expect from the scary-clown sequel?

We’ve rounded up all the news, quotes and intel available to bring you a guide to the hotly anticipated follow-up. We’ll keep it updated as and when news, clips and images break, so bookmark and head back to stay afloat on everything you need to know about IT Chapter 2.

IT Chapter 2 release date: When it’s coming back?

Fortunately, the time between the adventures of the young and adult Losers Club won’t be 27 years like it is in Stephen King’s novel, but less than two.

Warner has announced the next instalment will arrive in cinemas on September 6, 2019. Filming started Toronto in July 2018.

IT Chapter 2 set up: The story so far 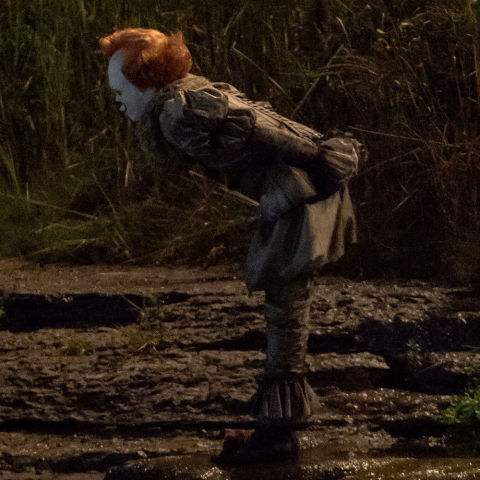 The IT films are based on King’s 1986 novel, a great big slab of a book weaving together two timelines – one following seven kids in the late ’50s and the other concerned with the same group as grown-ups in the ’80s.

IT Chapter 1 separated out the narratives, telling the story only of the kids in Derry, Maine – who call themselves the Losers Club – and who encounter an evil entity in the form of Pennywise the dancing clown, a monster who pops up roughly every 27 years (usually during a time of violence) and eats kids. The git.

The adult versions of the Losers Club didn’t feature in the first film at all. At the close of Chapter 1 the kids had tracked Pennywise to his lair in the sewers, rescued Beverly and (they think) defeated him.

Only Beverly tells them that when she was looking into the ‘deadlights’ she had a vision of the Losers as adults, back in Derry and looking pretty troubled.

The kids then take a blood oath promising that they’ll return if the evil ever comes back. 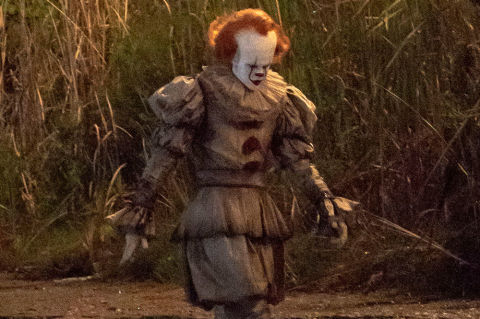 The casting of the grown-up version of the seven Losers Club members was hotly anticipated. Muschietti has also confirmed that the young versions of the gang will be returning, so it made sense for him to cast adult actors who resembled the kids.

The timelines will shift back and forth between 1985 and the present, the filmmaker explained: “On the second movie, that dialogue between timelines will be more present. If we’re telling the story of adults, we are going to have flashbacks that take us back to the ’80s and inform the story in the present day.” 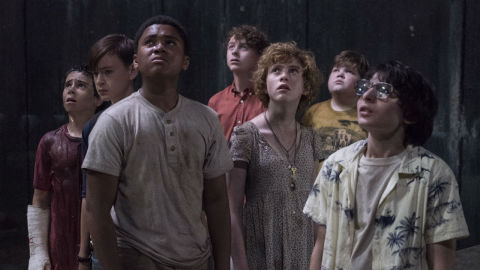 How do the adult stars match up to the child actors in Stephen King sequel? Are they spot-on picks or missing the mark? They seem to be definitely on the money… 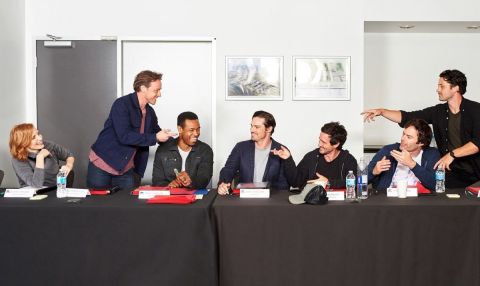 James Ransone (The Wire, Sinister) is on board as adult Eddie Kaspbrak, unofficial team leader Bill Denbrough will be played by James McAvoy (last year, Finn Wolfhard said this would be his dream casting for the adult version, so that’s nice), and Mike Hanlon will be portrayed by Isaiah Mustafa (young actor Chosen Jacobs said he would love to see Black Panther‘s Chadwick Boseman take on the role, but he seems pretty happy with this choice too).

In the fan casting to end all fan castings, Jessica Chastain has signed on as Beverly Marsh.

To round out the Losers Club, Andy Bean (Power) will play Stan Uris, Jay Ryan (Neighbours) is Ben Hanscom, and, finally, Saturday Night Live alum Bill Hader will take on the role of Richie ‘Trashmouth’ Tozier. 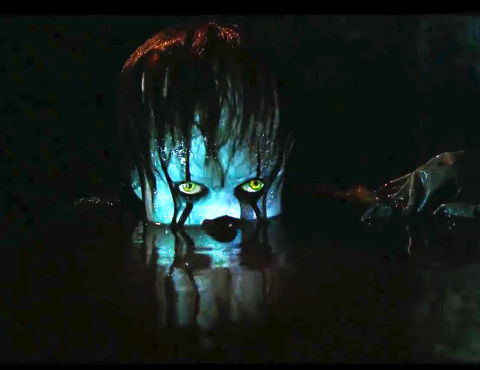 IT: Chapter 2 isn’t just bringing back the Losers Club as adults — their tormentor Henry Bowers will be back with a vengeance too. Brought to life by Nicholas Hamilton in the first film, the adult version will be played by Altered Carbon star Teach Grant, known from Once Upon a Time, Supernatural and The 100.

There are some new characters that will likely have significant roles in the sequel – predominantly Bill’s wife Audra (played by The Good Wife actress Jess Weixler) and Beverly’s abusive husband Tom (Will Beinbrink, reuniting with McAvoy, Hader, and Chastain, all of whom he worked with on Ned Benson’s three-part film, The Disappearance of Eleanor Rigby).

Most importantly, Bill Skarsgård will be returning as Pennywise. He’s been impressing the internet without the make-up on – not only with his attractive non-clown face, but also with his freaky natural clown face. 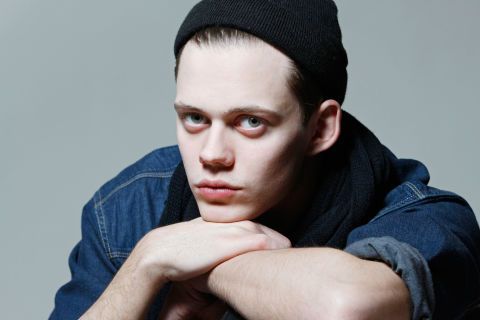 Xavier Dolan and Taylor Frey (Gossip Girl) will also play a couple, Adrian Mellon and Don Hagarty, indicating that a disturbing plot point from the novel involving a hate crime will feature in IT: Chapter 2.

IT Chapter 2 plot: playing it by the book? 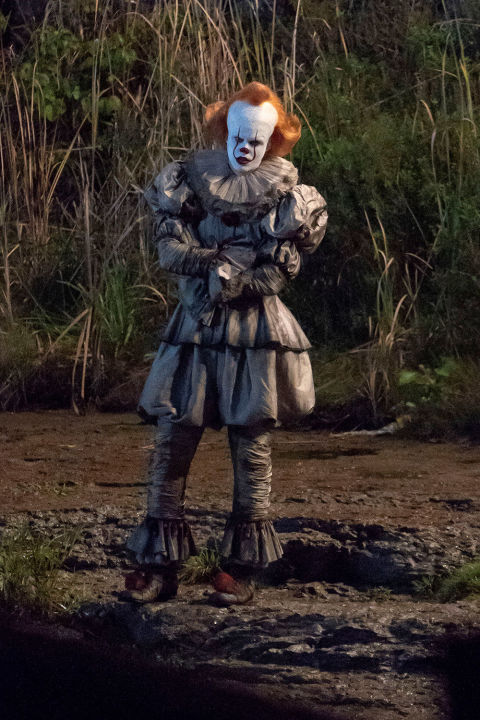 Andy Muschietti already made some significant changes to the book in the first chapter, so it’s likely he won’t stick slavishly to every aspect, but – like in part one – will stick to the major beats and plot points.

As a rough overview then, here’s what you might be able to expect.

****Potential spoilers for the book and part two underneath. To avoid the spoiler part, skip to the next set of asterisks below **** 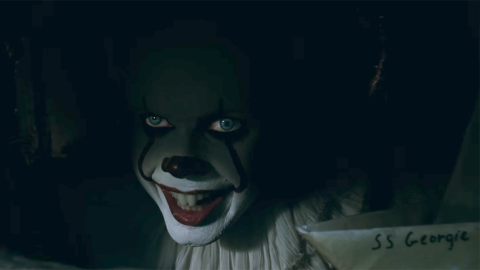 After the events of Chapter 1, the gang eventually separate and move away from Derry with the exception of Mike, who stays in town and later becomes the librarian and the gatekeeper, keeping watch for any suspicious or violent activity that might point to the return of Pennywise.

Many years later, when the group are all adults, Mike starts to suspect Pennywise is back. He contacts the Losers – who’ve largely speaking forgotten exactly what happened to them in Derry, just knowing that it was some great trauma.

He rounds them up and they head back to Derry to confront the evil once and for all, followed by Bill’s concerned wife Audra and Bev’s abusive husband Tom.

Another key character who may return is Henry Bowers, who at the end of Chapter 1 has been pushed down a well and we would assume was killed by the fall, did we not know what happens in the book…

King’s story has it that Bowers washes up in the sewers and is blamed for the previous child murders and sent to Juniper Hill Mental Asylum. Years later when IT and the Losers return, Bowers escapes and, controlled by Pennywise, tries to kill the gang. 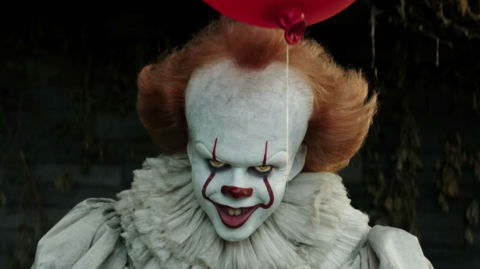 Muschietti has promised that the sequel will be “scarier and more intense” than the first, and has already revealed that he’s planning to make at least one major change. Mike, who in the novel is a mild-mannered librarian, will be given a much more troubled narrative in the film, Muschietti told EW.

“My idea of Mike in the second movie is quite darker from the book,” he says. “I want to make his character the one pivotal character who brings them all together, but staying in Derry took a toll with him.

“I want him to be a junkie actually. A librarian junkie. When the second movie starts, he’s a wreck.”

Stephen King’s weird extra dimensional world ‘The Macroverse’ didn’t come into Chapter 1 other than via a quick nod to the Turtle by way of a Lego model and a sighting when the kids are swimming (there’s a turtle in the macroverse called Maturin who vomited up the Universe. Go with it.)

But don’t rule out some macro-business in Chapter 2.

“I was never a fan of the Turtle in the Macroverse mythology. But that doesn’t mean it won’t be in the second part. But my main concerns are that I don’t want this to be a fantasy movie,” Muschietti told Digital Spy.

“The moment you introduce the element of IT, which is an interdimensional evil entity, the presence of the turtle comes with it, as a counterbalance,” he told Syfy Wire. “It doesn’t seem to play a big role, but the turtle is there.

“Like all mythologies, there’s a god of good and a god of evil. I didn’t want to use it as a fantastic character, but it’s hinted, every time the kids are in danger or something, I wanted to hint at the presence of the turtle. It might have a bigger role in the second one.”

“In the book, they somehow address the turtle and say ‘the turtle couldn’t help us’,” he said. “But I think in the second part, the turtle will try to help them.

“In the second movie, the turtle left a few clues to their childhood that they don’t remember. They have to retrieve those memories from the summer of 1989, and that’s how we jump back to 1989. The keys to defeating Pennywise are left in the past, and as adults, they don’t remember.” 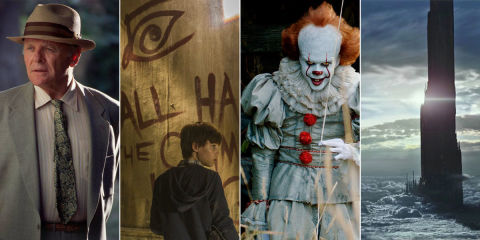 Related ArticleDid you know there was a Stephen King shared universe?

It sounds like Mike could be the key to this side of the story, according to Muschietti.

“He’s not just the collector of knowledge of what Pennywise has been doing in Derry,” the director told EW. “He will bear the role of trying to figure out how to defeat him. The only way he can do that is to take drugs and alter his mind. 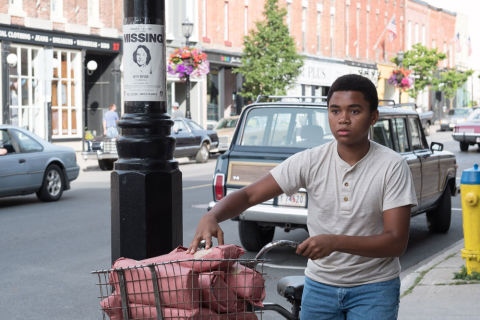 “It resonates with what the kids do when they go to the smokehouse in the Barrens,” Muschietti says.

“By inhaling these fumes from the fire they have visions of IT, and the origin of IT, and the falling fire in the sky that crashed into Derry millions of years ago. We’ve brought that to Mike, by the end of those 30 years Mike has figured out the Ritual of Chüd.”

(The Ritual of Chüd allows the Losers to enter a sort of state where they can see IT’s original form, as well as Maturin.)

This is a way off, naturally, but we’d expect at least a sneaky glimpse at some footage come Halloween this year.

IT: Chapter 1 is out on DVD, Blu-ray and digital download now.