Mike Bushell has sent Strictly Come Dancing 2019 fans into a frenzy this year. After being put into the bottom two last week alongside Catherine Tyldesley, it was expected the sports reporter would be sent home – however the Coronation Street star was the one eliminated.

This weekend saw a similar story play out, as Mike and his Strictly professional partner Katya Jones were sent to the bottom two once again.

This time they were put up against Viscountess Emma Weymouth, who had also survived the bottom two earlier in the competition.

Unfortunately for Emma, Mike was saved once again with a unanimous vote from the judges, leaving him to dance another day.

READ MORE: Strictly Come Dancing 2019: Viewers distracted by mystery professional ‘Who was that?’ 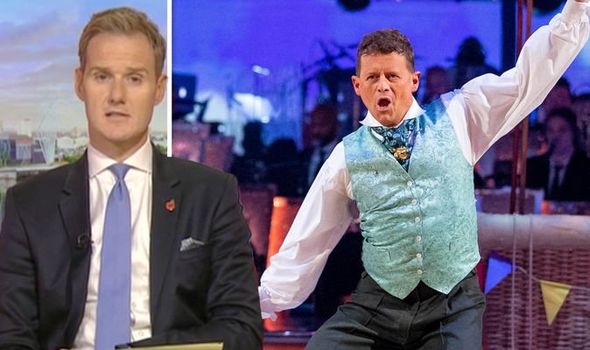 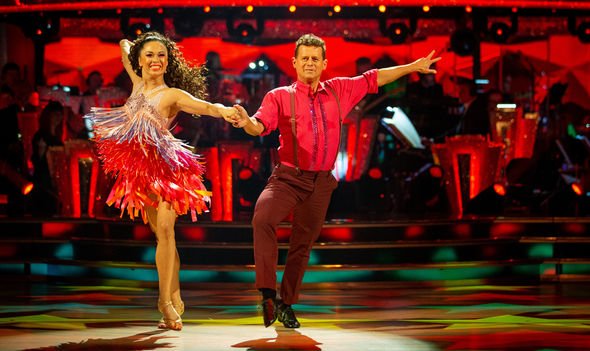 During the chat, Dan flew into a rage about the backlash his colleague has received so far.

He began: “I’m getting increasingly annoyed with people giving him grief.”

Surprised by his reaction, Sally chimed in to say: “That’s not like you. You don’t get annoyed by anything.”

Defending his words, Dan continued: “But some of it has got… it’s getting a bit cruel. 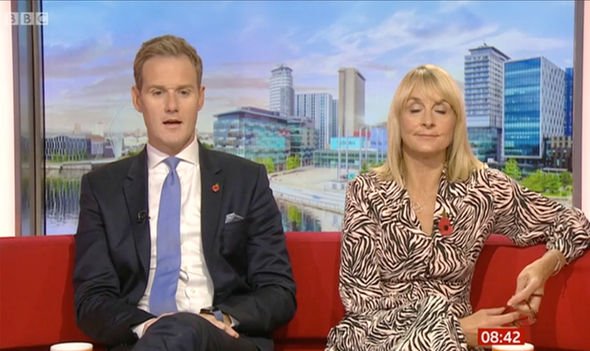 “I think all he’s doing is he’s just enjoying himself.

“And all four, I think all four of the judges said he was the better performer in the dance off than the Viscountess who went home.”

Sally attempted to diffuse the situation by stating: “I am not going to argue with Shirley Ballas, put it that way.

“That’s a lady who knows what she’s talking about.”

In one final tirade, Dan hurtled in once again to add: “He’s not being kept in there because he’s working for the BBC, it’s a ridiculous accusation!”

Louise raised her hand and inquired: “Have you finished?”

Later in the show Mike appeared on BBC Breakfast to discuss his recent win on the show.

He called the experience of losing a fellow dancer in the dance off “bittersweet”.

Mike then explained: “It’s out of our hands. All you can do – and I think they did a brilliant dance off with the Samba, always a difficult dance.

“It’s out of our hands, and it is up to the judges, and who they think did the best dance off.

“We can’t do any more than do our best and hold your head up high.”