After everything got thrown up in the air with James Bond 25, it looks like producers are trying to keep things familiar by bringing back the writers who have worked on six 007 films, including Skyfall and Spectre.

When Danny Boyle stepped down as director, writer John Hodge went with him, as their collaboration was part of Boyle’s condition for taking on the job. Before Boyle was even hired though, frequent Bond contributors Neal Purvis and Robert Wade had come up with a treatment for the film.

Now, the Daily Mail is reporting that Purvis and Wade are back on board, although another writer and the eventual director may add their own spin to the duo’s treatment. 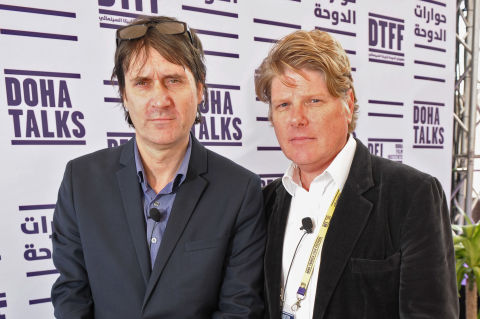 Nothing has been officially confirmed by production company EON, but this seems like it would make a lot of sense considering the tumultuous journey the film has been on so far.

Purvis and Wade have worked on every 007 film since The World Is Not Enough, so they’re a safe pair of hands.

Speaking of the director, the last we heard the hunt was still on, but three people were being considered, one of whom could be the franchise’s first female director.

Hopefully after Bond 25 is released, the search for a new 007 actor and their debut film is less of a headache.

Bond 25 is currently scheduled for release on November 9, 2019, with production due to start in December. Will that actually happen though? It’s anyone’s guess.