James Bond has been a focus for fans for 50 years, with Daniel Craig the current incumbent. One of the favourite Bonds was Pierce Brosnan, who took over the role in the 1990s and made four films. His first was GoldenEye, but when was this released, and when did Pierce make his debut?

GoldenEye was released on November 21, 1995 and recently celebrated its 25th anniversary.

This is a monumental anniversary for the film, which saw Pierce Brosnan take on a role he had long been wishing for.

After training to be an actor, Pierce landed a role in American TV which set him up for greatness: Remington Steele.

He rose to popularity in the show, which ran from 1982 to 1987, and saw him play the title character, a conman called Harry Chalmers who takes on the name of a fictitious detective to help a woman, Laura Holt, land a job in the field. 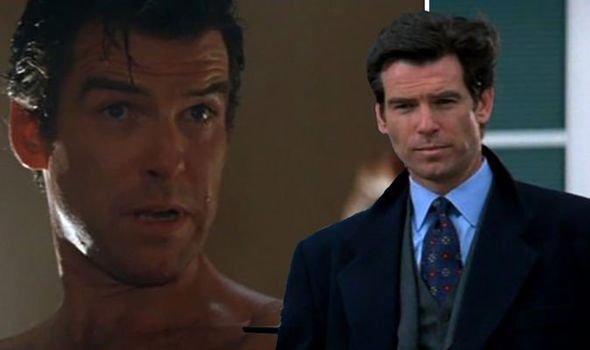 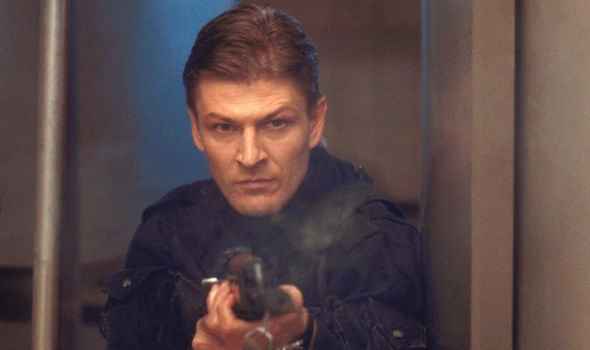 The show was cancelled after four series, at which point Pierce landed the role of his life: James Bond.

However, Pierce had to wait out a full 60 days to make sure no other network would pick up Remington Steele before he could officially accept the role.

At the last minute, the network decided to pick up the show again, threatening Pierce’s chances, and in the end Bond producer Albert ‘Cubby’ Broccoli said he would only keep Pierce in a contract if the show only had six episodes.

The network opted to renew for a whole series of 22 episodes, meaning the star was cut loose. 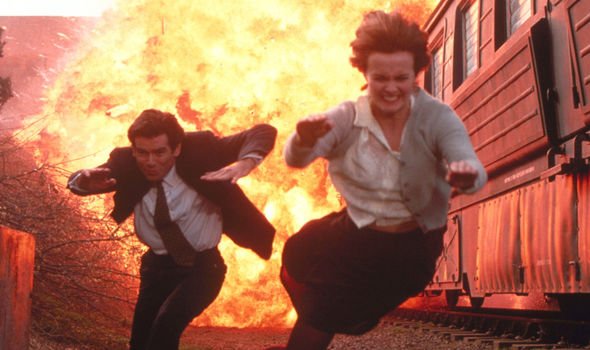 Speaking to GQ about this moment in his career, Pierce said: “It’s all going according to plan: I’ve come to America, beautiful hit show, respected show, it gets cancelled, and now I go off and become an international movie star.

“This is just the way it should go. But it wasn’t meant to be.

“So in those awful heartbeat moments, you just think ahead. And you get on with work.”

The journey was not over for Pierce, however, as Michael G Wilson and Barbara Broccoli, Cubby’s children, offered him the chance to be the fifth Bond after Timothy Dalton exited the role. 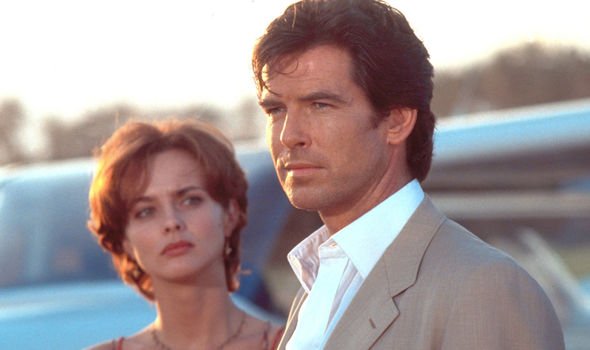 His first film was GoldenEye, in 1995, and saw him take on the role in stellar form.

It received mostly good reviews from critics, who felt this was the end to a Bond dry spell.

Roger Ebert said of the movie: “…In an important way, this James Bond adventure, the 18th (or 19th, if you count the non-standard “Casino Royale”), marks the passing of an era.

“This is the first Bond film that is self-aware, that has lost its innocence and the simplicity of its world view, and has some understanding of the absurdity and sadness of its hero.”

He also felt Pierce was a more ‘modern Bond’, though he was not entirely sure of the merits of this.

He added: “As played by Pierce Brosnan, the fifth 007, he is somehow more sensitive, more vulnerable, more psychologically complete, than the Bonds played by Sean Connery, George Lazenby, Roger Moore and Timothy Dalton.

“They were all, in their various styles, cold and dispassionate. Brosnan’s Bond looks at home in the casinos of Monte Carlo, but he’s more knowing, more aware of relationships…

“Perhaps our popular conception of maleness has changed so much that James Bond can no longer exist in the old way. In “GoldenEye,” we get a hybrid, a modern Bond grafted onto the formula.”