Last year saw a flurry of claims that the franchise’s producers had already locked in Craig’s replacement but were holding back the news to keep the focus on Bond 25. It looks certain that no announcement will be made about the next 007 actor until the upcoming No Time To Die hits cinemas. Constantly pushed back in schedules, the film is currently slotted in for April 2021 but with lockdown keeping cinemas closed, reports suggest it will be moved back again until the final months of the year. But has Hardy already landed the most covetted role in Hollywood?

Last summer, The Vulcan Reporter claimed that Hardy had been secretly cast and the industry site is regarded as more credible than most.

DR Movie News tweeted: “They’re a very reliable source, so it seems as if it’s only a matter of time before this is officially announced.”

While DisInsider’s Skyler Shuler tweeted: “I’m no Bond scooper, but @Vullein doesn’t run nonsense. If he’s hearing Hardy is the new Bond then that’s what’s up.”

UK bookies have moved this week to restore Hardy’s position out front after a recent strong challenge from Bridgerton actor Page. 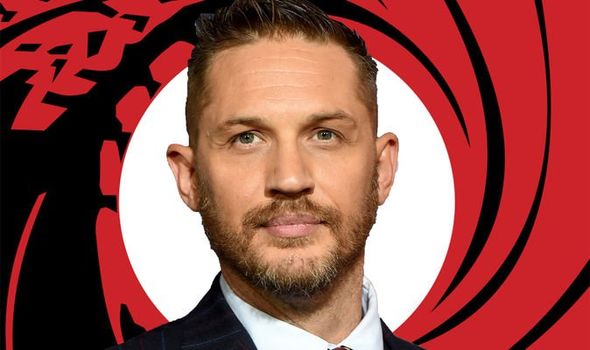 Corak Bookmakers have slashed their odds on Tom Hardy, who is now odds-on at 4-5 (down from 9-4) to be the next James Bond.

A spokesperson told Express Online: “Tom Hardy is in the driving seat to replace Daniel Craig as the next 007 according to our betting.

“The talented actor has been linked with the role for a number of years now and the latest odds indicate we will see Hardy take up the challenge in the near future.”