James Cameron hopes Avengers "fatigue" kicks in: "There are other stories to tell"

With Black Panther still in cinemas, and Avengers: Infinity War out this week in the UK and expected to break all kinds of records, it looks like the Marvel franchise is in store for a very successful 2018.

And one person who isn’t so thrilled about that is Oscar-winning director James Cameron.

The director, responsible for the existence of two major franchises set for a sequel in 2019 –Terminator and Avatar – recently said he’s a bit tired of the old MCU himself and hopes audiences will soon feel the effects of “Avenger fatigue” set in.

But, sorry, James. We think you’ll be waiting a while.

“Not that I don’t love the movies. It’s just, come on guys, there are other stories to tell besides hyper-gonadal males without families doing death-defying things for two hours and wrecking cities in the process.

It seems the MCU isn’t the only franchise Cameron wants to see shaken up, as during the same interview, the filmmaker revealed he had some pretty different plans for the next four Avatar films.

Yep. It looks like we’ll have a Pandora-based Godfather on our hands if Cameron has anything to do with it. Which he totally does. 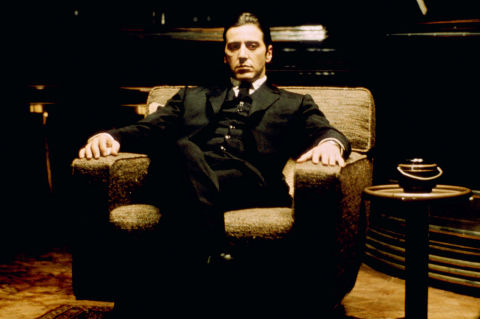 “I’ve found myself as a father of five starting to think about what would an Avatar story be like if it was a family drama,” he added. “What if it was The Godfather?

“It’s a continuation of the same characters… but what happens when warriors who are willing to go on suicide charges and leap off cliffs, what happens when they grow up and have their own kids? It becomes a very different story.”

Avengers: Infinity War is release on April 27 in the UK and May 4 in the US.