James Martin sends fans into a frenzy with major recipe change ‘Have you lost your mind?’

James Martin sent This Morning fans into a spin earlier this week when he appeared on the ITV show to teach Ruth Langsford and Eamonn Holmes how he makes a posh fish finger sandwich. Eamonn instantly hit out at the garnishes and bread being used, and many viewers agreed with the presenter, also questioning the size of fish James battered.

Paying homage to Eamonn’s love of fish bites, James was cooking the ultimate sandwich from his own kitchen.

“I do have to say, your initial idea of the brioche bun, looks very nice!” The presenter began.

“But the one that will taste very nice is in my left hand here!” Eamonn remarked referencing the bog standard sandwich.

“Thank you, they both will taste nice to be honest!” James hit back defending his creation. 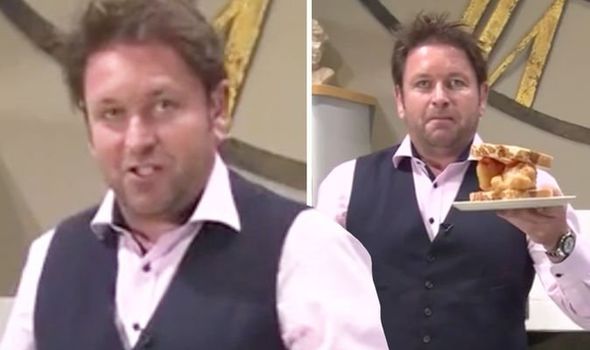 James took viewers through each step on how to make the perfect fish finger and the additional sandwich in which it would sit.

“Told you it was a proper fish finger!” He remarked as he lifted out several huge pieces of battered fish from the deep fat fryer.

“That’s the biggest fish finger I’ve ever seen!” Ruth remarked from the studio.

“That’s a fish arm you’ve got there!” Eamonn joked. 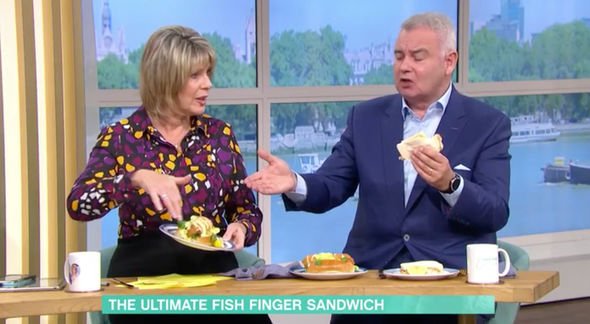 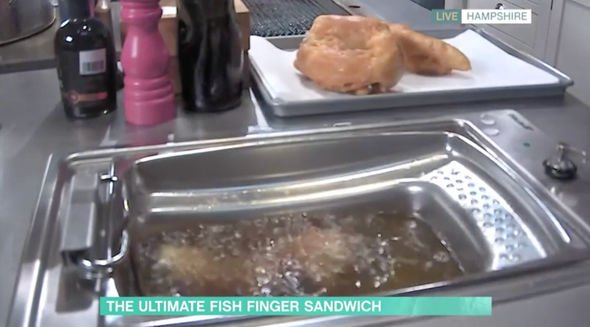 The presenters then tucked in and gave James their opinion.

Those watching at home agreed with Eamonn about keeping the recipe simple.

Another added: “@thismorning Noooooo! What kind of giant is eating that fish finger sandwich? I’m old school with @EamonnHolmes  you don’t mess with a classic.” 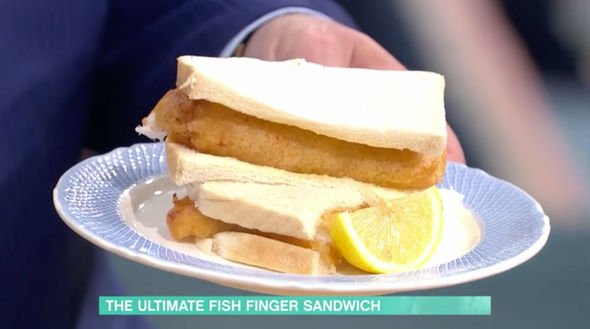 While another fan stated: “That is not a fish finger sandwich! Firstly, that’s a roll/bap. Secondly, that’s a bit of cod you get from a chippy! #ThisMorning @thismorning.”

“@thismorning @jamesmartinchef Skin on fish fingers!!!! Nooooo,” one pointed out. 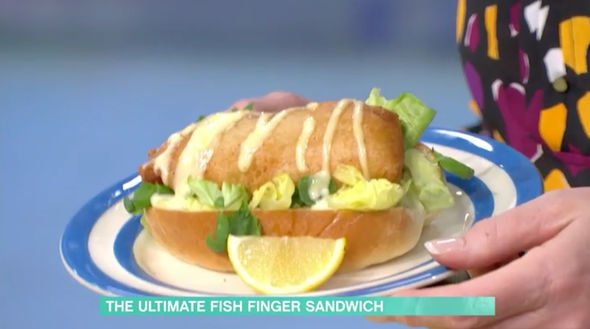 Another wrote: “That’s not a sandwich that’s a massive piece of fish on bread #Thismorning.”

“Who’s putting all this foliage into a fish finger sarnie? #ThisMorning,” a viewer claimed.

James also created a beautiful dessert for the presenters.