Much like the rest of us, Jay Ellis did not know what to expect of this season of Insecure.

Since the hit HBO show returned to our screens for its fourth season (after an almost two-year-long wait), longtime fans have gone through a roller coaster of emotions as each character undergoes a set of personal breakthroughs within each episode. Issa (Issa Rae) has found her groove as a cultural curator, Molly (Yvonne Orji) is learning to vocalize her boundaries and is finally in a functioning and healthy relationship, Lawrence (played by Ellis) at last understands what he wants out of his career and romantic life, and Tiffany (Amanda Seales) is now a mom. Kelli (Natasha Rothwell), of course, is still Kelli, and we wouldn’t want her any other way.

But in classic Insecure fashion, the plotline—and our favorite characters—have rapidly spiraled, leading us to where we are now: Molly has cut off her friendship with Issa, Nathan (Kendrick Sampson) is back in Issa’s life, Andrew (Alexander Hodge) is beginning to doubt his and Molly’s relationship, and, oh, Lawrence and Issa are back together. For now, at least.

The show’s signature storyline switch ups, according to Ellis, who brings a charm to his divisive character, are what have kept fans hooked on the series since 2016. “I think our fans and even people who were watching the show for the first time and joining our show, they watch, and I think one of the things that our writers just constantly put in place or they constantly do with every script, is just surprise people and tell an honest story, but also not give you what you’re expecting at the same time. And I think it’s really amazing that they’re able to do that,” Ellis tells BAZAAR.com. “But our fans are—they are the most conspiracy theorizing group of people … they will call out something from the way a napkin is turned in the first episode, that they can tell you what’s [going to happen] in the finale. So I knew that [this season], they would be brought in and be excited, and that chatter among them was going to be there and be strong, which we all love.” 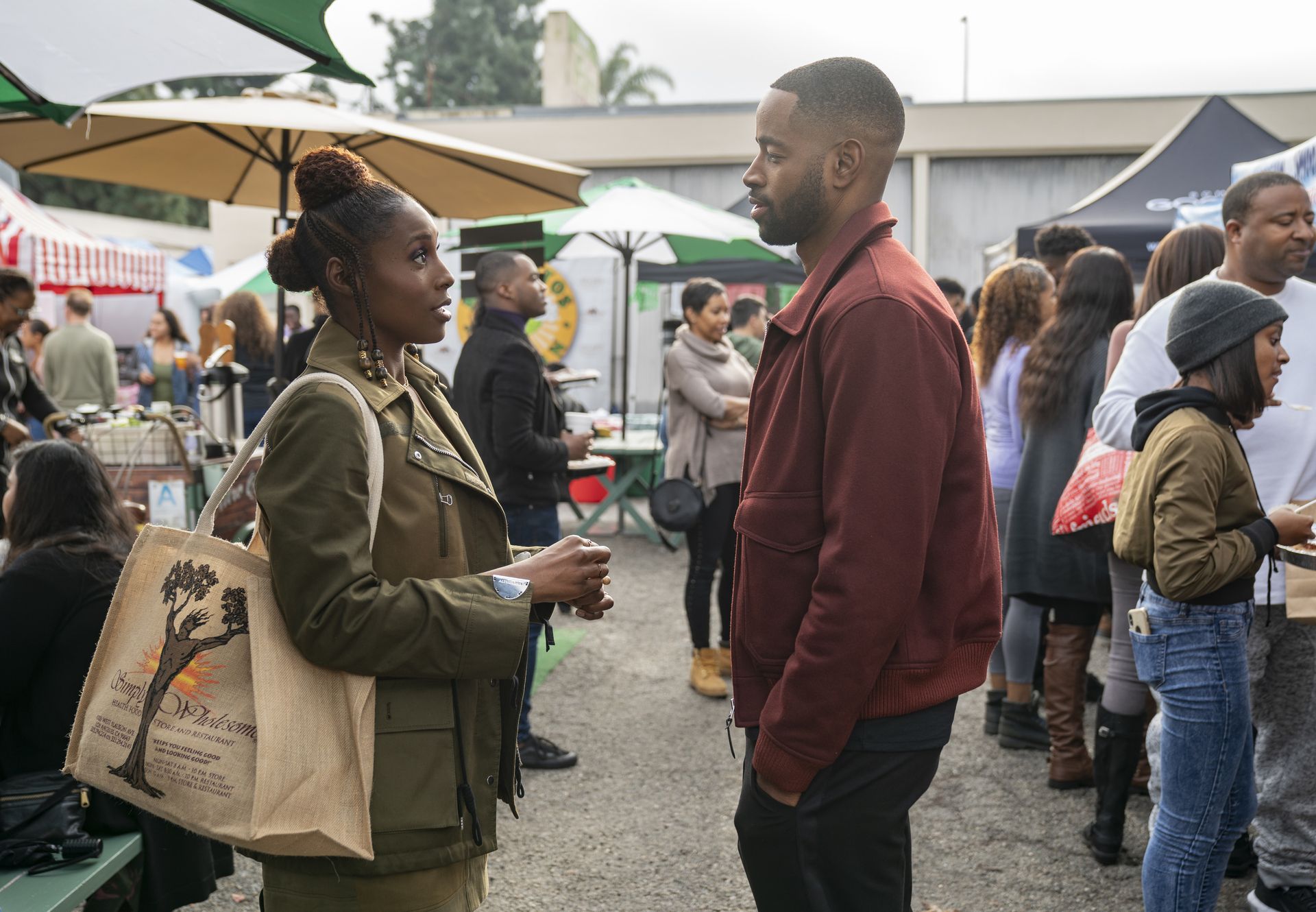 Though Insecure has always served as a source of laughter come Sunday nights, the timing of the show’s fourth season couldn’t be more pertinent for day-one fans. When Season 4 premiered back in April, it became an honorary quarantine watch as the ongoing coronavirus pandemic forced Americans to stay at home (resulting in millions losing their jobs and income) in order to stop the spread of the novel disease. Just weeks later, the murder of George Floyd on May 25, following the back-to-back killings of Ahmaud Arbery in February and Breonna Taylor in March, left Black Americans emotionally depleted and distraught, leading to weeks of protests across America with tens of thousands demanding an end to the racial injustice and police brutality that still plagues the country.

“I never would have thought two weeks ago that people were going to stop on a Sunday night and for 30 minutes watch the episode that I directed, or the next week watch Lawrence and Issa spend an amazing night together. Or this past week watch Kerry [Washington’s] episode with the girls kind of finally being in the same space and facing off,” says Ellis. “To think that what we’re going through between COVID, between the uprising right now, I think it’s one of those moments that you never want to forget. I don’t ever want to let go of the feeling of watching my Twitter feed, or my Instagram feed just constantly blowing up with Insecure and how it is the bright spot in so many people’s week, or how they’re using it to reenergize before they go back out in the streets and protest again on Monday, or how they’re so grateful that our show is on in this moment where we’re talking about saving Black lives.

“It’s everything you could possibly dream of as an artist, for your work to be able to touch people like that and mean something to people. And then as a fan, getting to watch the show also in this moment, for me, it so much more solidifies why we have to tell stories of people of color and why diversity on-screen and behind the screen, behind the camera, matters so much, because this is what people want,” continues Ellis. “This is what people are out fighting for. It’s amazing. I don’t even know what the right word is to use to be honest with you. I feel like an idiot trying to explain it. It’s that. It is literally that. It’s just one of the biggest moments of my life for sure.”

I don’t ever want to let go of the feeling of watching my Twitter feed, or my Instagram feed just constantly blowing up with Insecure and how it is the bright spot in so many people’s week

Ellis—more than any other cast member presumably—understands the intensity behind the fan dedication to the show. There’s not a single character throughout the series who has earned such a fierce love/hate relationship with the show’s audience as much as Lawrence has over the years. In four seasons, we’ve seen Issa’s longtime love grow into himself, whether it’s been through finally taking a chance on his career, discovering who he is outside his love life, or coming to terms with the fact that he might just actually be a relationship person after years of running away from commitment. These moments of self-realization for Lawrence didn’t happen, however, without him first enduring a whole lot of heartbreak, resentment, and jealousy in the aftermath of his and Issa’s Season 1 breakup.

“There’s moments with Lawrence where I see Lawrence in myself in a lot of ways. I see a lot of Lawrence in friends of mine and family members of mine, cousins of mine, and so I understand a lot of his insecurities and his thought process, and where he constantly makes those decisions. And so sometimes I empathize with him, for sure. And then there are other times where I’m like, ‘Yo, that’s just stupid. What are you doing, bro? This is the dumbest possible thing you could do, to DM your ex-girl while you’re dating somebody else. Like, what’s wrong with you?'” explains Ellis. “Moments like that, where I think he just makes bad decisions. Sometimes they work out for him, and sometimes they don’t. But I don’t think Lawrence is a bad guy,” the actor clarifies. “I think he is still trying to find himself. And I think we’re starting to see a little bit more of who Lawrence is becoming now as we get to the end of the season. I think he’s kind of stepped into the man that he has been growing into from Seasons 1 through 3.” 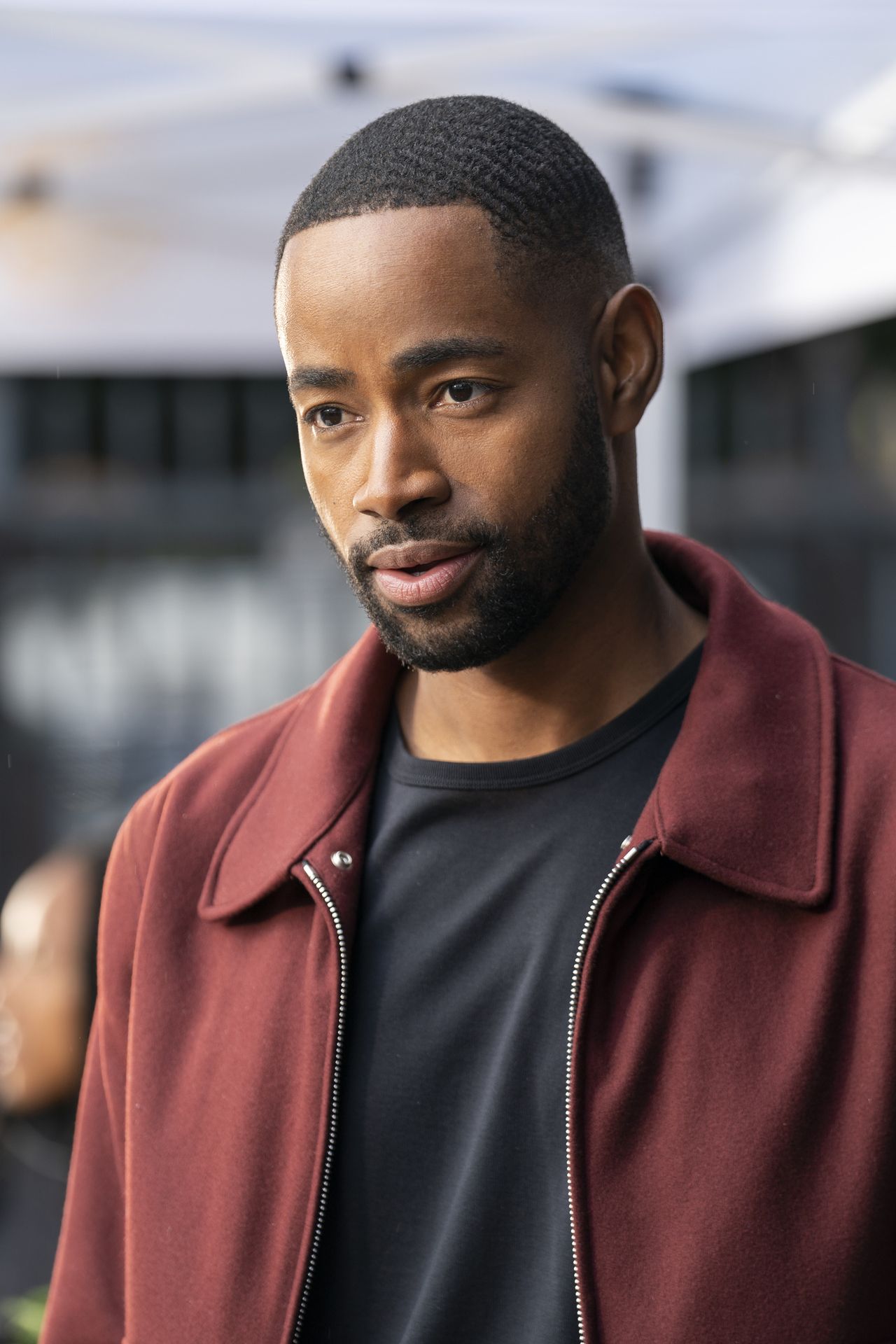 Ellis recognizes, however, the uncanny timing of Lawrence’s rekindling his love for his ex-girlfriend, Issa. In Episode 8 (aptly titled “Lowkey Happy”), the two meet up for dinner and drinks to discuss what they previously never could: why their relationship ended, why it didn’t work, and all the what-ifs they each wondered about between then and now. Just when both Lawrence and Issa are seemingly getting their personal and professional lives on the right track, and just as they each seem to be finally okay with the prospect of being happily alone, the two find their way back to one other. When Ellis is asked why he thinks it took Lawrence three seasons to realize he was never really over Issa, the actor’s answer is simple.

I don’t think Lawrence is a bad guy. I think he is still trying to find himself.

“Because boys are dumb. It takes us forever,” laughs Ellis. “When you were with someone for five years that young in their life, I think there was a lot of growing and experience that they did not have, because they were together. And I don’t think that’s a bad thing. I just think that once they weren’t together, that means that Lawrence kind of needed to go and learn some things about himself that he didn’t really have to delve into that much while he was in the relationship with Issa. And so I think what we got to see after their breakup at the end of Season 1, I think what we got to see in Seasons 2 and 3 is him really go make mistakes and figure out who he was. And is he the player? No, that’s not who he is. Is he the team leader at work? No, maybe that’s not who he is. I think he had to kind of really figure out all of those things.”

Though Ellis remains mum on the outcome of this Sunday’s season finale, the actor does ensure that fans and viewers will be in for an emotional ride. If the teaser trailer for this weekend’s upcoming episode hints at anything, it’s the possibility that Nathan’s unresolved and unsaid feelings for Issa could get in the way of her and Lawrence’s on-the-horizon happily ever after. 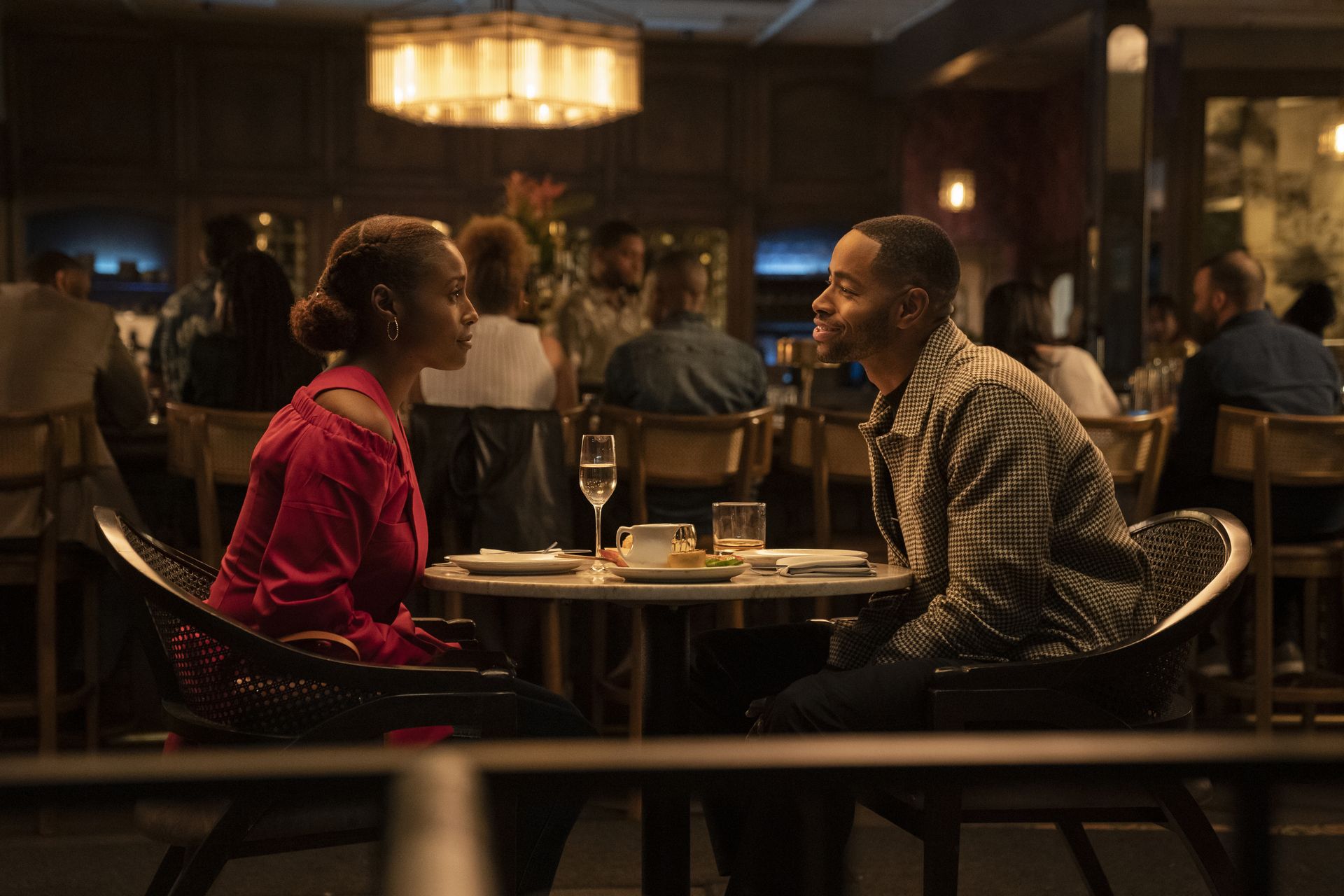 “It is not like a typical episode of our show. So I think, first of all, fans are going to love that. They’re going to love that we did something different. I think it’s going to be a heartache. I think there’s going to be some joy, maybe a little betrayal,” teases Ellis of the finale. “But I’m not saying for which characters, because everybody is in this episode. Our entire cast is in this episode. Any character you can think of is literally in this episode. So I’m not saying who it’s coming from, I’m just saying everyone is there. So everyone had their opportunity to play a part in this.”

Regardless of how the finale plays out, Ellis is sure of one thing: Issa and Lawrence’s love will last, whether or not they remain romantic. “From Season 1, when [Issa] walks out the door in the pilot, all the way up until probably beginning of Season 4, or maybe Episode 2 or 3 of Season 4, I rooted for [them]. I really, really wanted them to be together. And not that I don’t still. I think now I’m at a place where I just want them to be happy,” says Ellis. “I think that they have grown so much because of each other, because of what they went through. I think they’ve grown so much and learned so much about themselves that it makes them appreciate the things that they know and love about each other so much more.

“So I do truly believe that they’re soul mates. I think that sometimes we’re not always with our soul mate, but I think in this case, they have an opportunity to try that again,” he continues. “And if it works, it’s amazing. If it doesn’t work, I think they’ll be okay knowing that they truly want the best for each other, that they love each other, and that they gave it an honest try.”