All hail the Queen. Jenna Coleman hath returned to her throne.

Or at least that might be where the former Doctor Who star is in a sneak peek at the return of ITV’s regal drama Victoria, which popped up on Jenna’s Instagram account on Friday (May 25).

The snap was released to mark the beginning of filming on Victoria‘s third series, with the actress cryptically tweeting: “Guess who back. Blue Eyes back #crackingwallpaper.”

Production on the third series of Victoria was got under way earlier this week, along with the announcement that Lewis star Laurence Fox will join the cast as “charismatic and wayward” Foreign Secretary Lord Palmerston.

Tony Award-nominated stage Kate Fleetwood will also arrive at the palace in upcoming episodes as Victoria’s “mysterious” sister Feodora, just in time for the royal couple to face their darkest time together.

Producer Daisy Goodwin: “Victoria and Albert are the most famous couple of the nineteenth century, but underneath the united facade, their relationship is at breaking point and it is a struggle for mastery that neither side can win.” 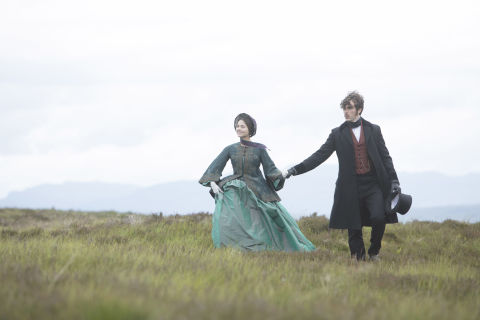 But don’t count out Victoria and Albert just yet! Goodwin also recently teased that the series has the potential to “run and run” for years to come, so we imagine Her Majesty will be sticking around on-screen for a while.

“I hope the series can run through Victoria’s reign, I have thought about how it could continue,” she said last December.

Victoria airs on ITV in the UK, and PBS in the US as part of the Masterpiece programming block.