Jeremy Clarkson’s new ITV series, It’s Clarkson on TV, which began last night, sees the 60-year-old give his brutally honest opinions on programmes that have aired recently on television. Although, some viewers were left less than impressed when Jeremy introduced the very first episode with a joke about the Duchess of Sussex.

“Hello welcome to It’s Clarkson on TV, which is a TV show where I review things that I’ve seen on television,” the former Top Gear host began.

“Now, I should warn you from the outset from time-to-time things do get smutty and lavatorial, there’s no way around it.

“Even the festival of tears when Meghan Markle was interview by Oprah Winfrey.

“There’s a moment where Meghan seemed, how can I put this politely…break wind.” 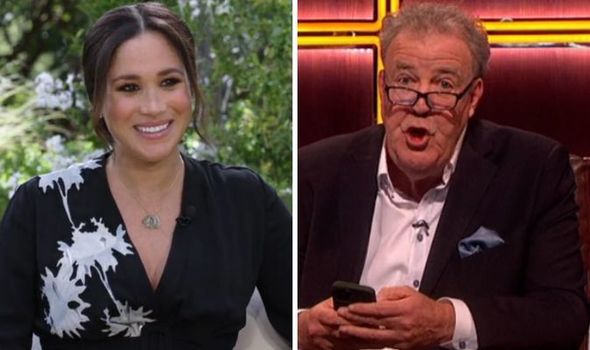 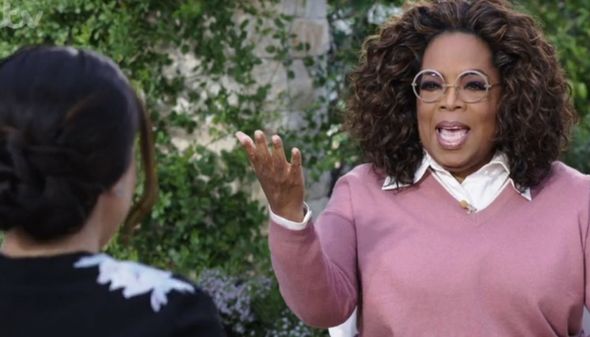 The host proceeded to play a clip from Meghan’s interview with Oprah, which aired on ITV last month.

The brief clip shows Meghan saying: “What, that was six, seven months after our wedding.”

Oprah can then be heard making a humming noise, acknowledging what the Duchess had said.

After the clip had played, Jeremy continued: “Sorry can we just hear that again because it really does sound like Piers Morgan had a point, her pants really were on fire.” 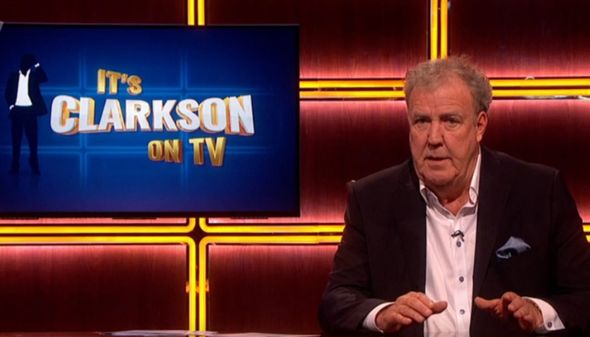 They went on to play the clip again before, Jeremy added: “Now I’ve had a note here from the legal department at ITV.

“They want it to be made plain that that was not a fart, I have no idea how they know that.

“But, they want me to make it clear that the fart noise probably came out of Oprah’s mouth.”

The host then swiftly moved on to talk about the next TV show, Netflix hit Bridgerton

Others seemed to be distracted by the fake audience laughing, which could be heard playing after Jeremy’s jokes.

One tweeted: “Bring back Tarrant on TV, this is awful to watch.”

Another said: “I’ll happily watch most rubbish on Saturday nights but even I draw the line at #ClarksononTV.”

“What a load of rubbish,” a fourth said.

Other viewers were loving the new programme, with some praising Jeremy for “being on fire”.

While another tweeted: “Brilliant and hilarious from the start.”

It’s Clarkson on TV returns on Saturday at 9.40pm on ITV.