KEVIN James, Leah Remini and Kelly Ripa are among friends and family who have paid tribute to the late actor Jerry Stiller.

The Seinfeld icon – and the father of Ben Stiller – passed away age 92 of "natural causes" and loved ones shared their memories of working with their "beloved friend." 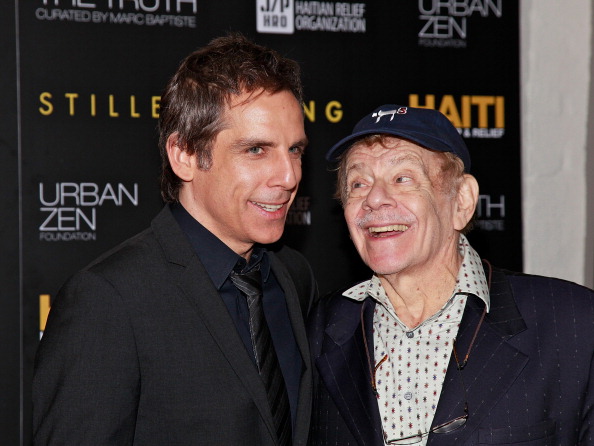 Jason Alexander, who worked with Jerry on Seinfeld, playing his son George for many years, tweeted: "Such sad news that my beloved friend, Jerry Stiller, has passed.

"He was perhaps the kindest man I ever had the honor to work beside. He made me laugh when I was a child and every day I was with him. A great actor, a great man, a lovely friend. #RIPJerryStiller I Love you."

Kevin James, who worked with the star on The King Of Queens, added: "One of the most kind, loving, and funny people to ever grace this earth.

"Thank you for so many incredible memories. I love you and miss you. Requiescat in pace." 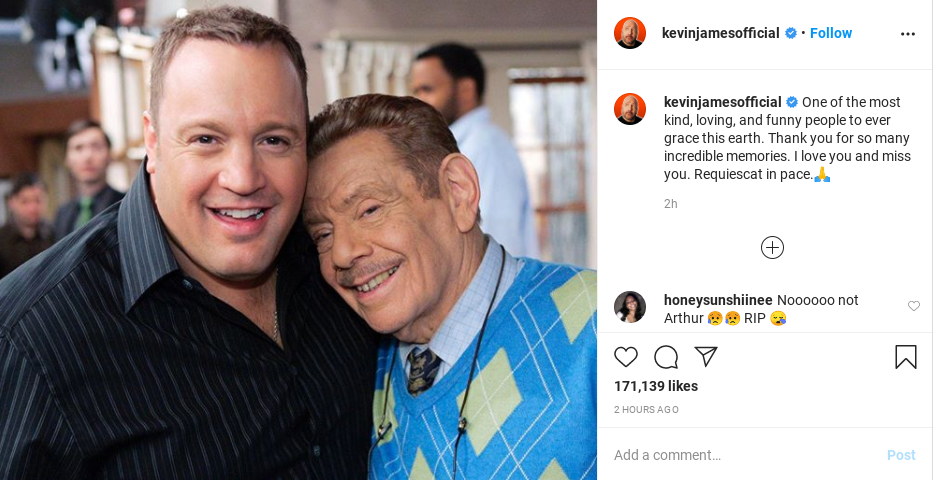 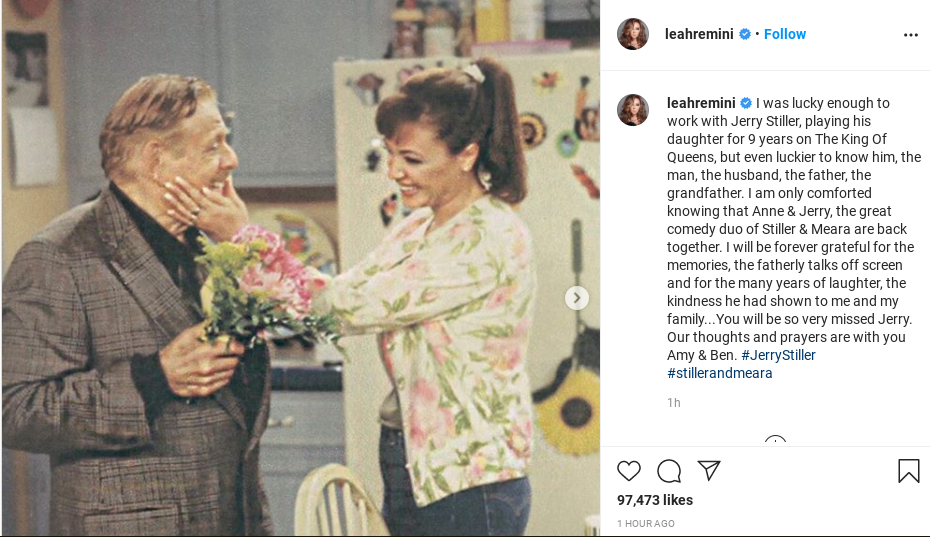 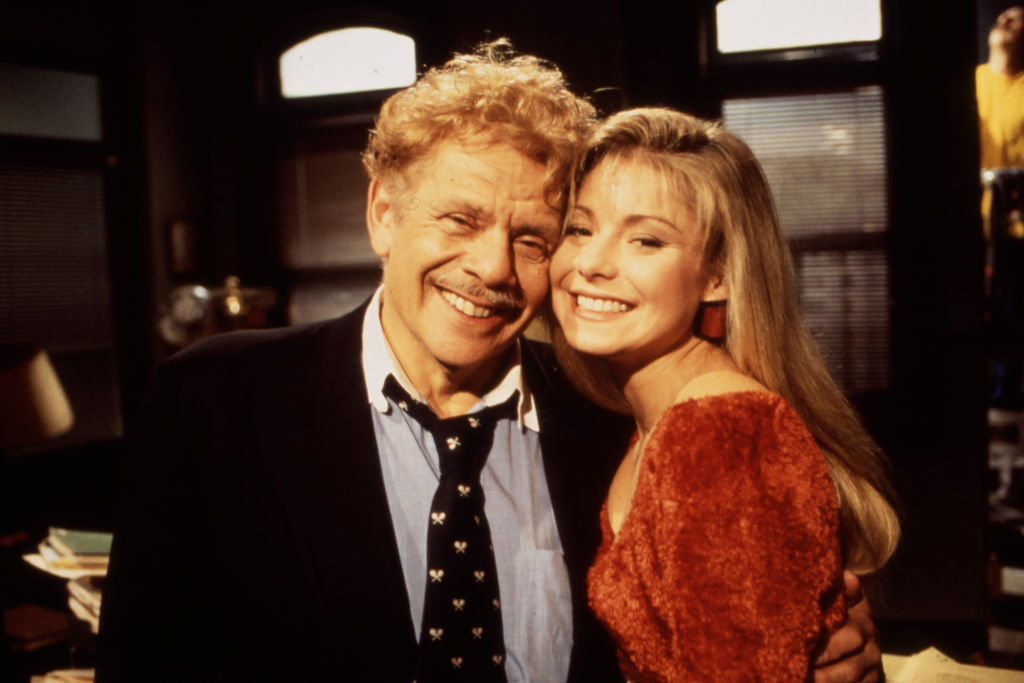 Kelly Ripa, speaking on her morning show, added: "He was the kindest, loveliest person.

"But his acting was like, in another dimension. He could go into a far off place and bring out things in a scene that would never occur to you."

Leah Remini shared how she was "comforted knowing that Anne & Jerry, the great comedy duo of Stiller & Meara are back together".

Jerry launched his career opposite wife Anne Meara in the 1950s. 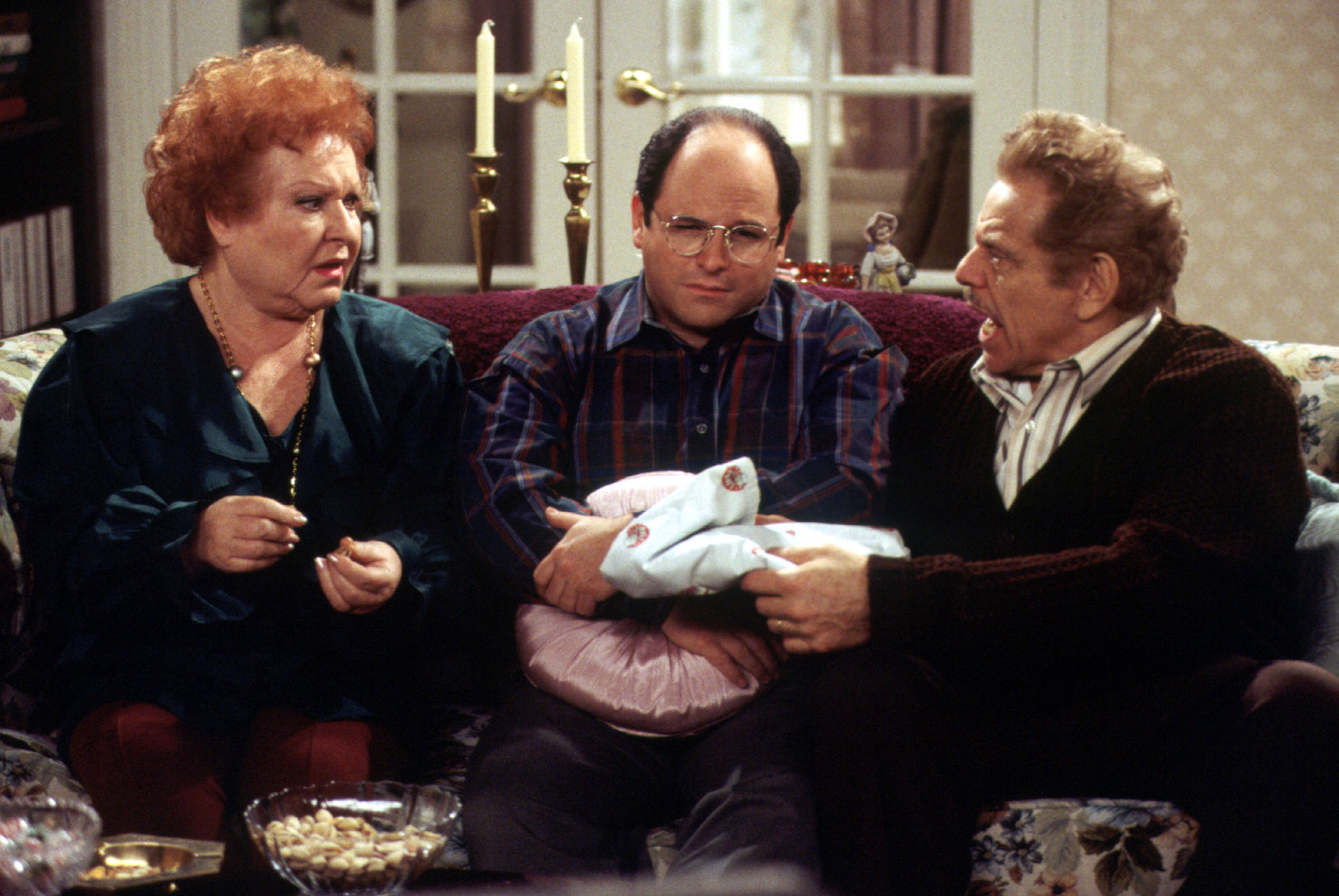 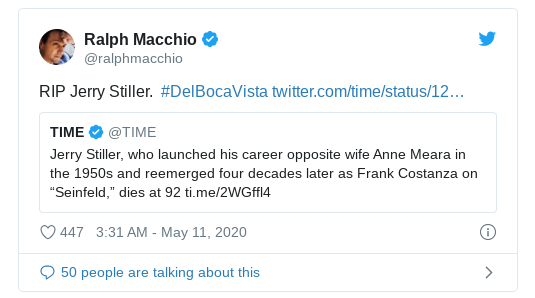 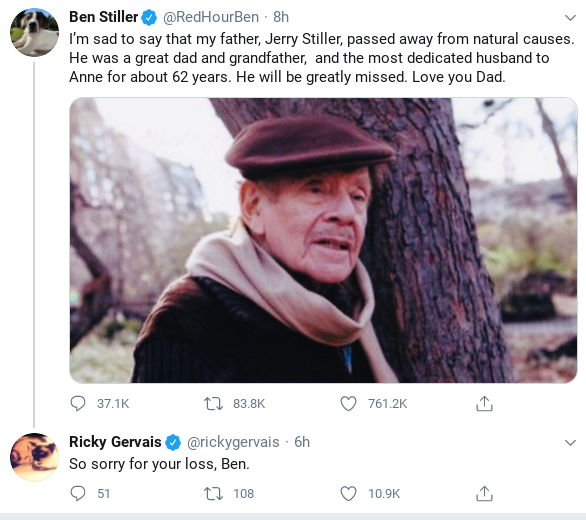 Leah wrote: "I was lucky enough to work with Jerry Stiller, playing his daughter for 9 years on The King Of Queens, but even luckier to know him, the man, the husband, the father, the grandfather.

"I am only comforted knowing that Anne & Jerry, the great comedy duo of Stiller & Meara are back together. I will be forever grateful for the memories, the fatherly talks off screen and for the many years of laughter, the kindness he had shown to me and my family…

"You will be so very missed Jerry. Our thoughts and prayers are with you Amy & Ben."

William Shatner tweeted: "Captain’s Log Stardate 54: As we begin a new week it is sad to hear about the passing of Jerry Stiller; a comedic genius, fellow actor & friend.

"He will be missed. Condolences to his family." 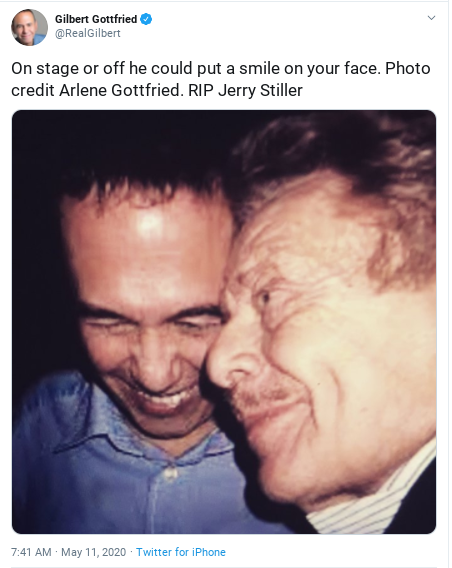 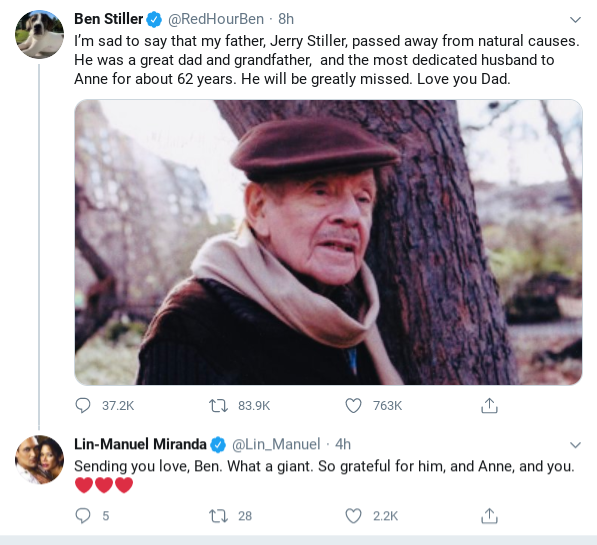 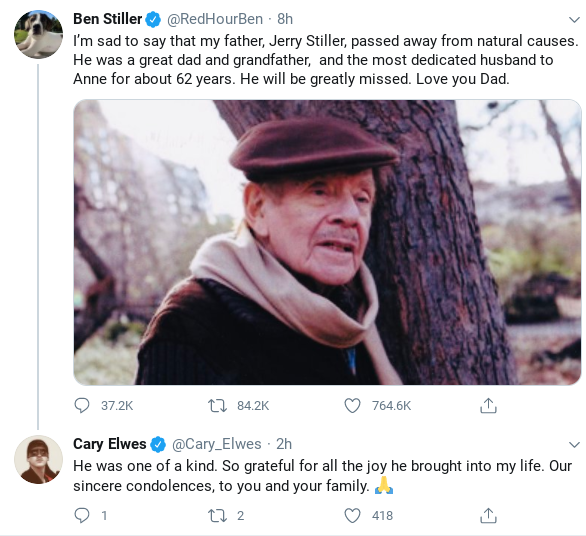 As Ben tweeted the news of his father's passing, many replied to his tribute, including Seth Rogen who said Jerry had "made me laugh till I cried on many many occasions," and Lin Manuel Miranda, who added: "Sending you love, Ben. What a giant. So grateful for him, and Anne, and you."

Zoolander star Ben tweeted the sad news late on May 10, writing: “I'm sad to say that my father, Jerry Stiller, passed away from natural causes.

“He was a great dad and grandfather, and the most dedicated husband to Anne for about 62 years.

“He will be greatly missed. Love you Dad.” 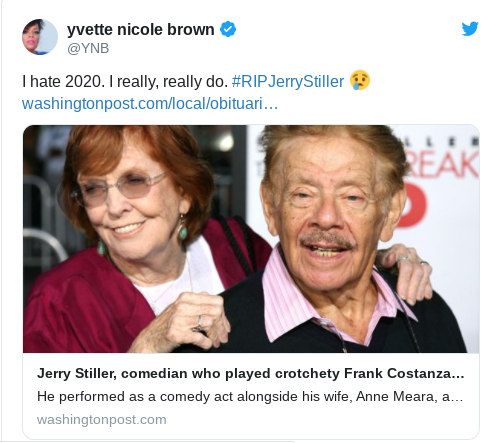 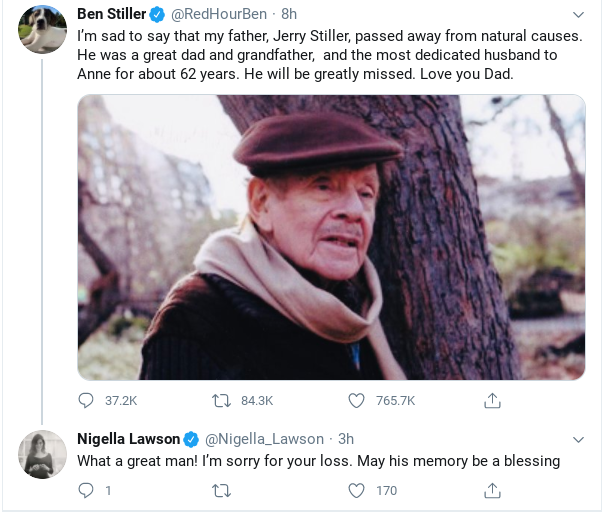 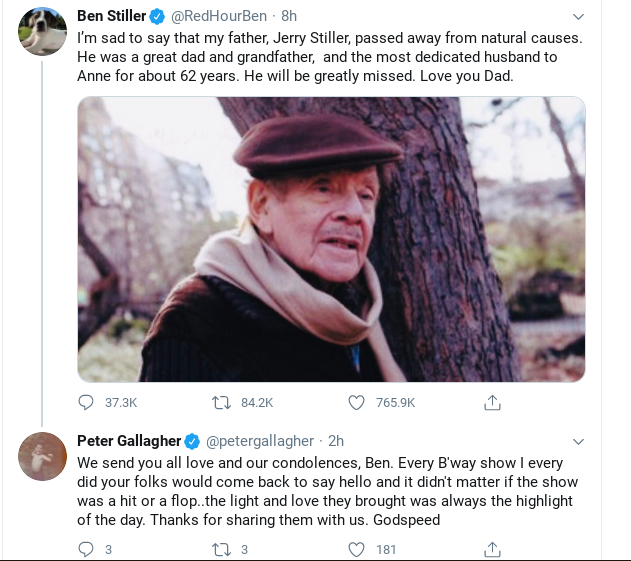 After launching his career in the 1950s, he reemerged four decades later as the hysterically high-strung Frank Costanza on the smash television show Seinfeld.

The multi-talented performer appeared in a string of films, playing Walter Matthau’s police sidekick in the thriller The Taking of Pelham One Two Three and Divine’s husband Wilbur Turnblad in John Waters' twisted comedy Hairspray.

He also wrote an autobiography, Married to Laughter, about his 50-plus year marriage to soul mate and comedic cohort Meara, who died in 2015.

His myriad TV spots included everything from Murder She Wrote to Law and Order along with 36 appearances alongside Meara on The Ed Sullivan Show. 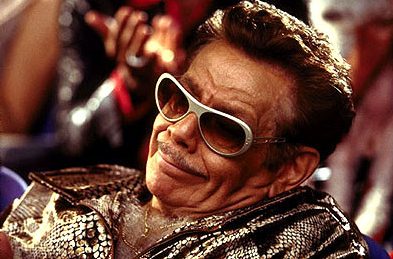 He and Ben performed together in Shoeshine, which was nominated for a 1988 Academy Award in the short subject category.

He also appeared in Ben Stiller's modeling spoof movie, Zoolander as agent Maury Ballstein, reprising the role in the 2016 sequel, which was to be his final film. 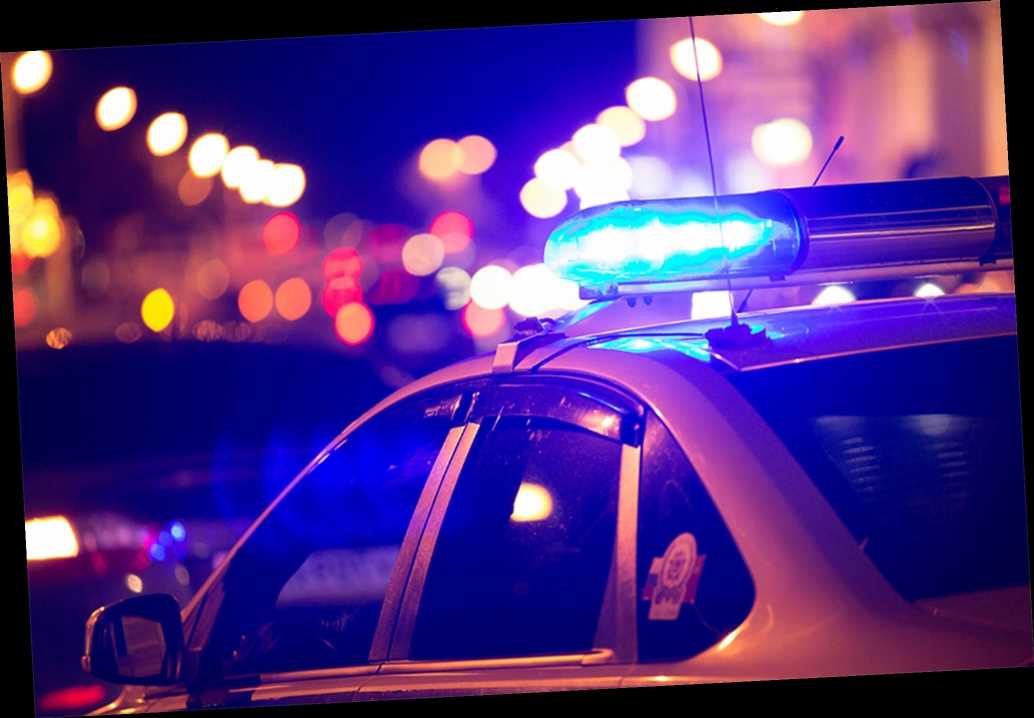