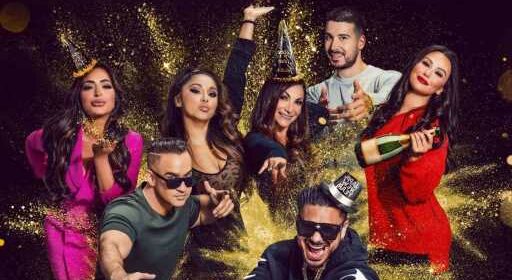 Since the beginning of the Jersey Shore spinoff, seasons have been split into A and B. The first half of Jersey Shore: Family Vacation Season 5 (A) is airing now. It was filmed throughout the latter half of 2021 — the reality stars were in Florida at the Isla Bella Resort in November, and Mike “The Situation” Sorrentino’s “Blessification” took place sometime before when the weather was still warm. 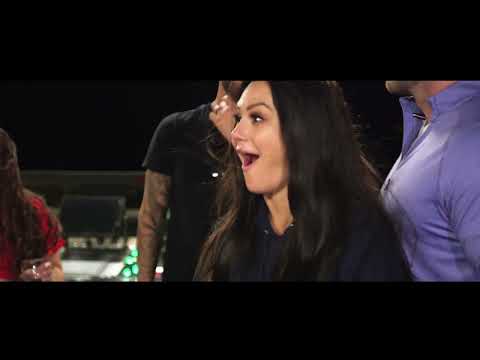 The cast started shooting the second half of the season shortly after the holidays. According to social media, they’re still actively filming. Now, fans have spotted some of the JSFV cast on another trip.

‘Jersey Shore’ fans spot the cast at a bar in El Paso, Texas

Photos of the Jersey Shore: Family Vacation cast started circulating on Reddit after one user posted: “The cast spotted filming at a bar in El Paso.” Nicole “Snooki” Polizzi appears to be in the first image — a screenshot from a video shared to Twitter.

“The cast was walking out of the club, so I ran up to ‘Snooki’ and go ‘SNOOKI! Can I get a picture?!’ and she turns around and goes, ‘I’m working,’ and Pauly D looks at me and mouths ‘Sorry,’” the tweet reads. “SO HEARTBROKEN [right now].”

It’s likely Polizzi denied the fan a photo because of COVID-19 restrictions the cast has to follow. Jenni “JWoww” Farley, Pauly DelVecchio, Vinny Guadagnino, Deena Cortese, and Sorrentino are also in the photos shared to Reddit. The Jersey Shore cast appears to be at a local bar playing pool and dancing.

DJ Pauly D is performing at a nightclub in El Paso, Texas

According to the El Paso Times, DJ Pauly D will perform at the 11:11 club on Mar. 4, 2022. DelVecchio has been promoting the performance on social media. The Times reports the show is sold out.

Since the cast of Jersey Shore is in Texas, they’ll likely be at DelVecchio’s show. Fans will probably see footage from DJ Pauly D’s performance in future episodes of Jersey Shore: Family Vacation.

As another Redditor described: “Tomorrow Pauly D is DJing at a club here in my city and I’m so excited to go because it has been confirmed that the entire cast is in town and filming as well.”

Fans react to the ‘Jersey Shore’ cast filming in Texas

Once the photos started circulating, fans discussed the reality star’s trip on Twitter. “You’re telling me Jersey Shore is in El Paso and I’m not there to Jersey turnpike with them?!?” reads one tweet.

“The Jersey Shore cast is here in El Paso with their MTV crew and people are going crazy,” said another fan on Twitter. “They trying to get on the show or something.”

Yet another fan wrote: “Jersey Shore filming in El Paso means so much to me.”

At publication, an air date for the second half of Jersey Shore: Family Vacation Season 5 has not been announced. Stay tuned to Showbiz Cheat Sheet for the latest updates. Watch new episodes of JSFV every Thursday at 8 p.m. ET on MTV.