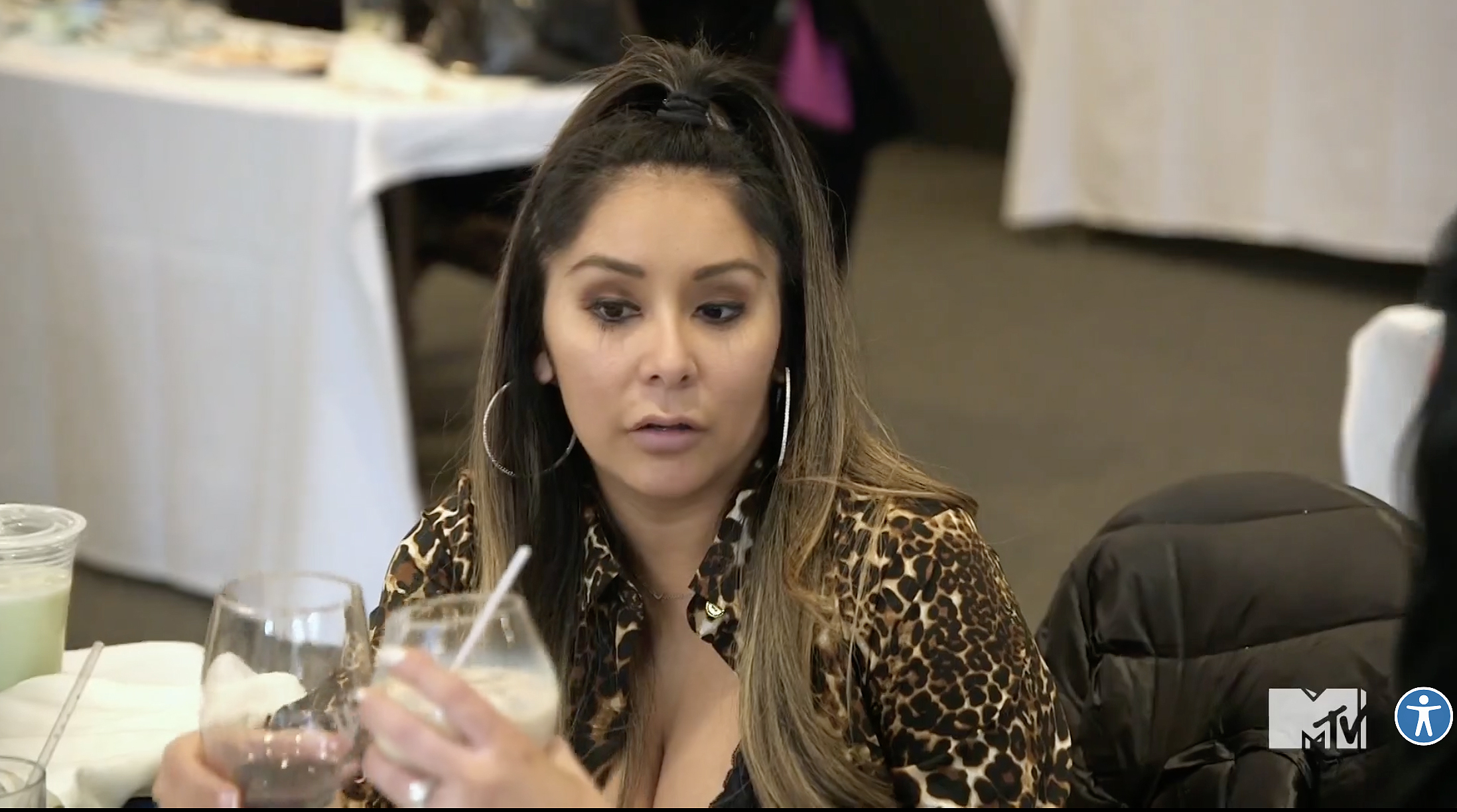 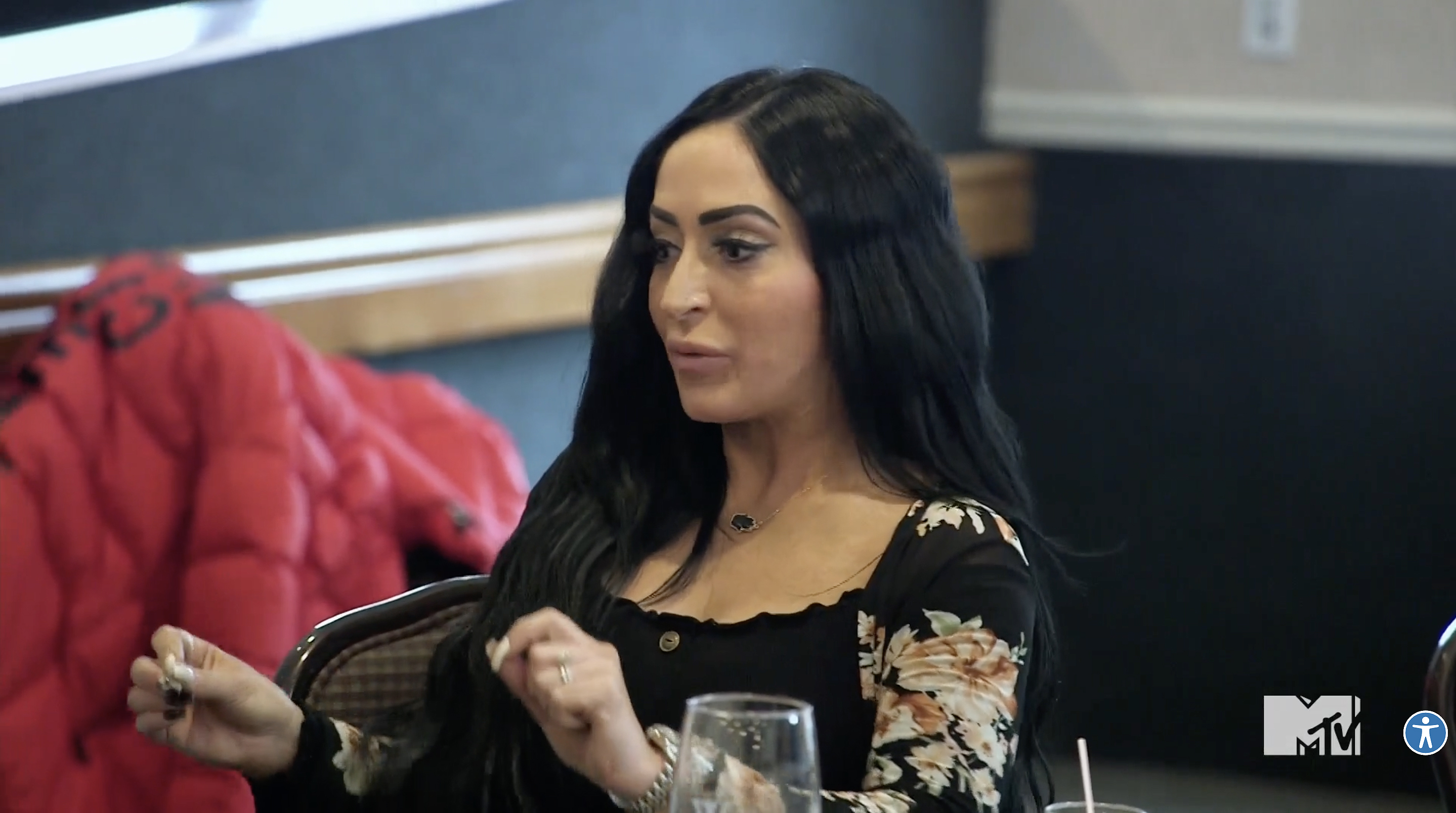 During last week’s episode, a drunken Snooki targeted Angelina, 35, and threw crab cakes at her costar.

The ladies both dealt with the aftermath of the argument during Thursday’s season finale.

While Snooki said she didn’t remember most of the night, Angelina expressed that she was still upset by her costar’s actions.

While sitting down for a heart to heart conversation, Snooki admitted she can be an “a**hole” when she drinks.

During a confessional interview, the MTV star said: “I know she’s mad at me and I feel like s**t but I’m a very kind and nice person.”

Referencing her drunk alter ego, she added: “Dren is not me.”

While taking to Twitter, one person wrote: "@snooki should really lay off the alcohol.”

Another person added: "Nicole should be more mature to what she did to Angelina."

A third chimed in: "snooki really needs to not blame her drunk self for everything… like girl that was still you. don’t be s***ty."

The backlash continued as a following viewer wrote: "This has nothing to do with 'Dren'. The fact is that Nicole becomes an abuser when she is drunk."

"Snooki is way too old to be blaming her 'alter ego' on the fact that she was pretty much bullying Angelina," an additional person wrote.

Many agreed Snooki couldn't blame her actions on her "alter ego," as another fan commented: "Dren can't be your excuse."

During last week's episode of Jersey Shore: Family Vacation, Angelina made an enemy by telling Snooki that she "just got here."

Snooki- who was very drunk- did not appreciate the comment and fought back by telling Angelina's husband Chris Larangeira that his wife is an "a**hole."

While Angelina bit her tongue and walked away, Snooki continued to cause drama when she later threw crab cakes at the fellow MTV star.

Angelina turned her back to Snooki, though the returning cast member continued to throw the food.

As the scene played out onscreen, fans rushed to Twitter to slam Snooki as a "piece of trash."

Another added: "I love Snooki but she was doing too much tonight. @angelinamtvjs didn’t deserve that at all. Dren needs to go away and never return."

A following fan chimed in: "Why are they letting Snooki pick with Angelina like this?? And as soon as she goes off, she’s the problem. Angelina should’ve threw her drink right in @snooki face."

The backlash continued as another viewer wrote: "I would F**K Nicole up if I were Angelina. And it's really insane that no one is taking care of Snooki." 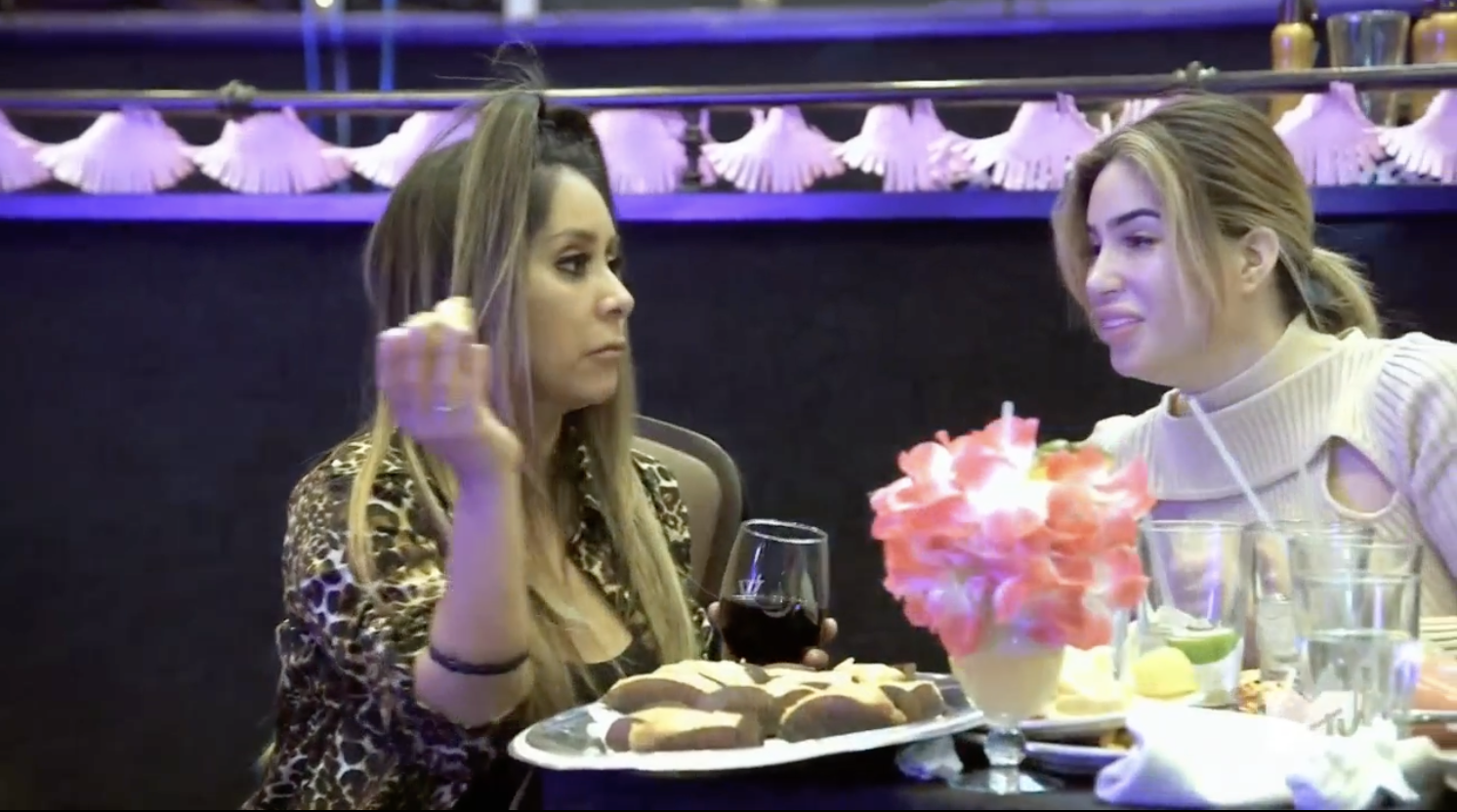 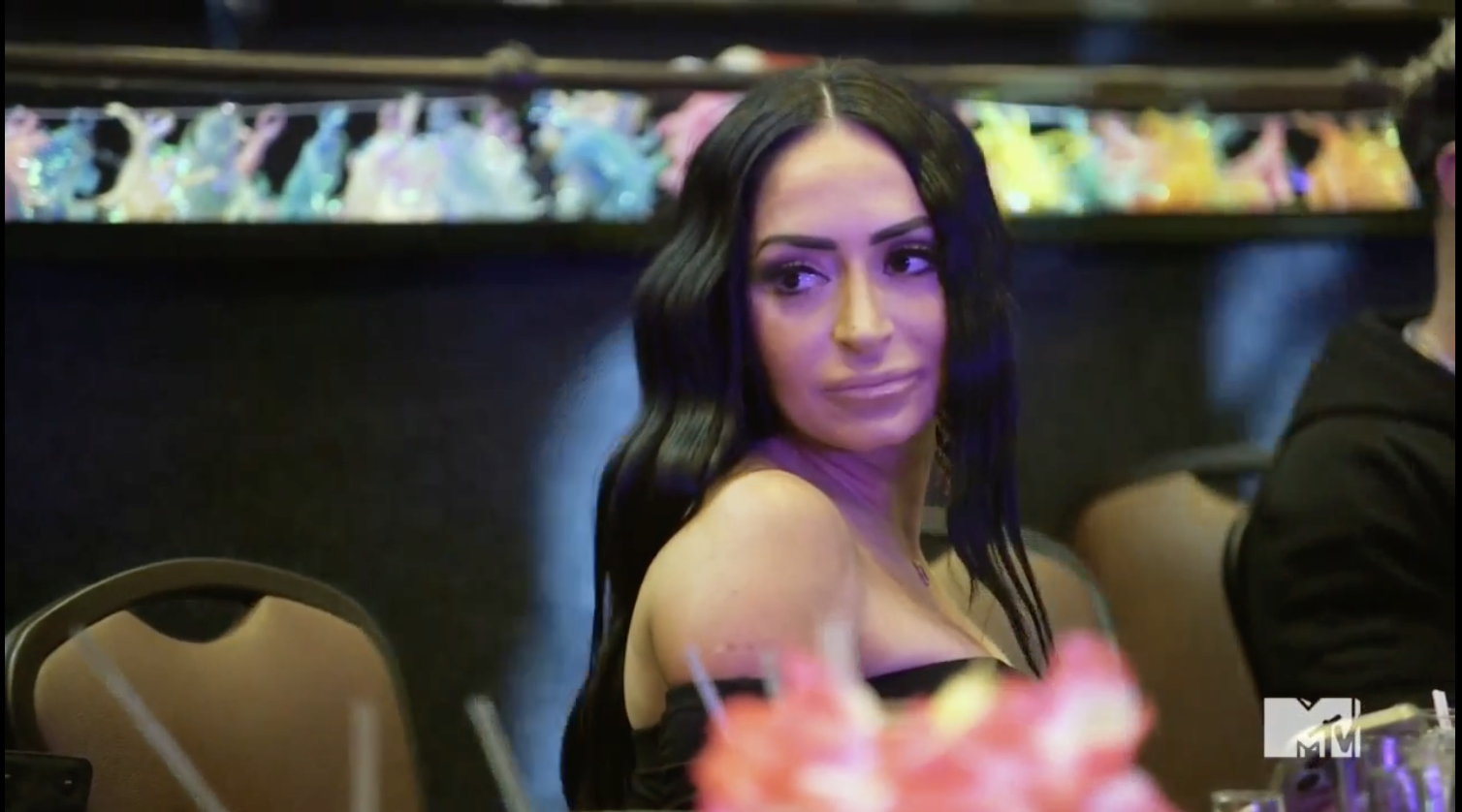