She is keeping her followers on Twitter updated with the Rottweiler’s condition after rushing her to an animal hospital this morning. 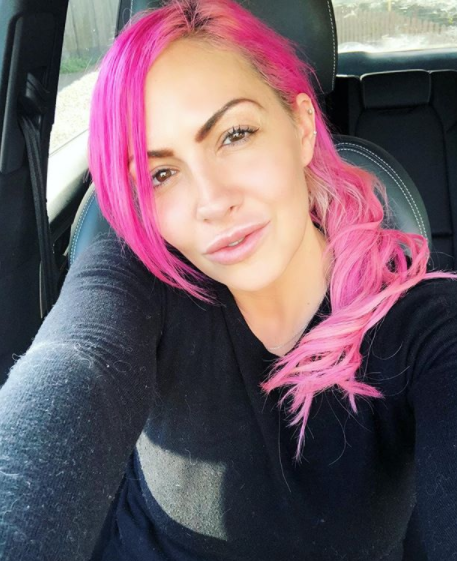 The former model is known for her love of animals and she has a menagerie of cats and dogs living with her.

She admitted she was “out of her mind” with worry after visiting the dog at the vets.

This morning, Jodie told her fans how the dog had been projectile vomiting all night.

She explained: “Finally got to bed at 3am & back up at 7am. She’s about to be sedated to have scans. Am hoping it’s just a tummy bug & not something more sinister.” 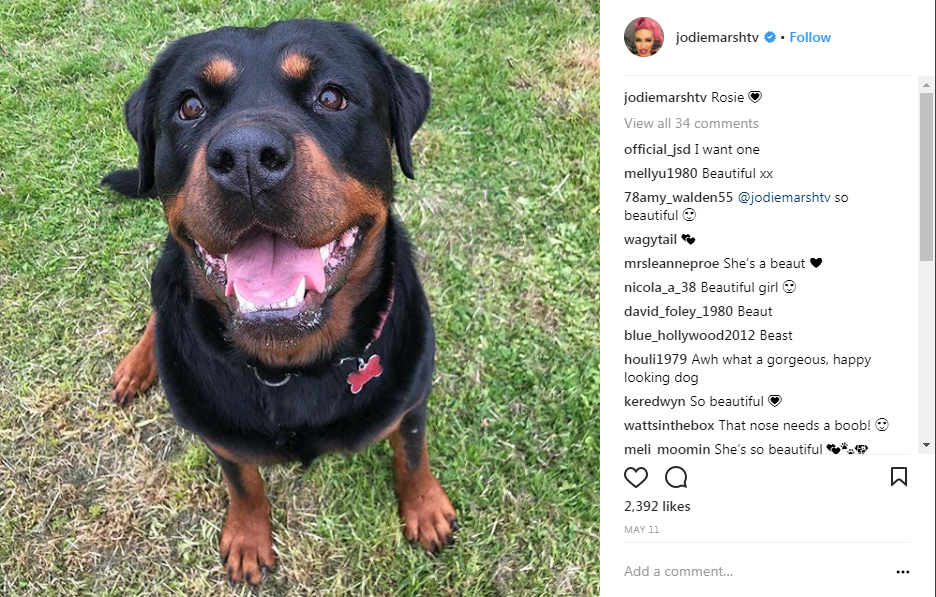 Her fans asked whether there was anything in her garden or house that could have harmed Rosie and Jodie was adamant there wasn’t.

Jodie explained: “There’s nothing in my garden that’s harmful to dogs & she hasn’t eaten anything on walks.

“So we are trying to get to bottom of what it is. Will keep you all updated. Thanks for your lovely messages. It means a lot. I’m so scared for her. I can’t lose her.

“It’s not any kind of bite, it’s not ticks, it’s not anything anyone has suggested so far. She’s now got heavy diarrhoea and lots of blood in it. My fear is poisoning of some kind….” 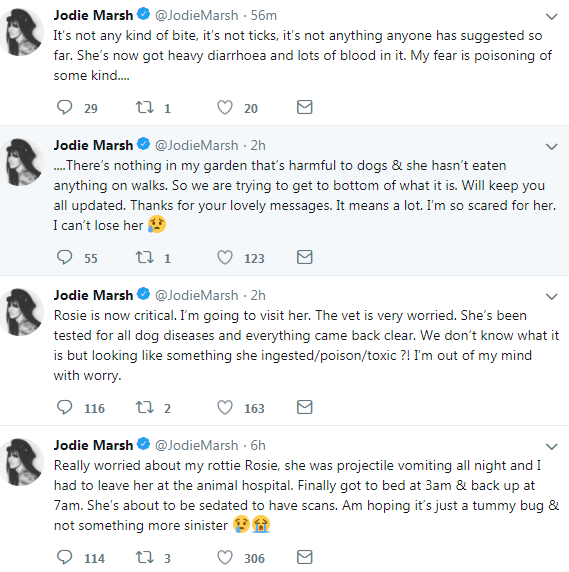 Animal lover Jodie once saved one of her dog’s lives by giving him CPR when he was choking last year.

Her mum filmed the moment she gave mouth to mouth to her 12 year old dog Louie.

Jodie posted the video online to raise awareness of other Bulldog owners. 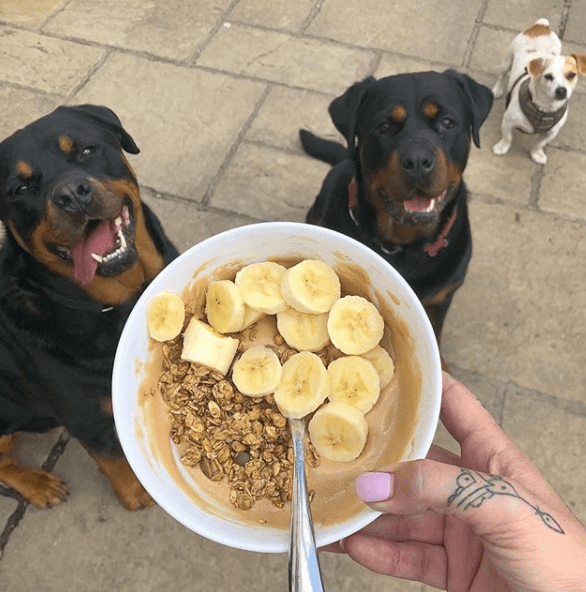 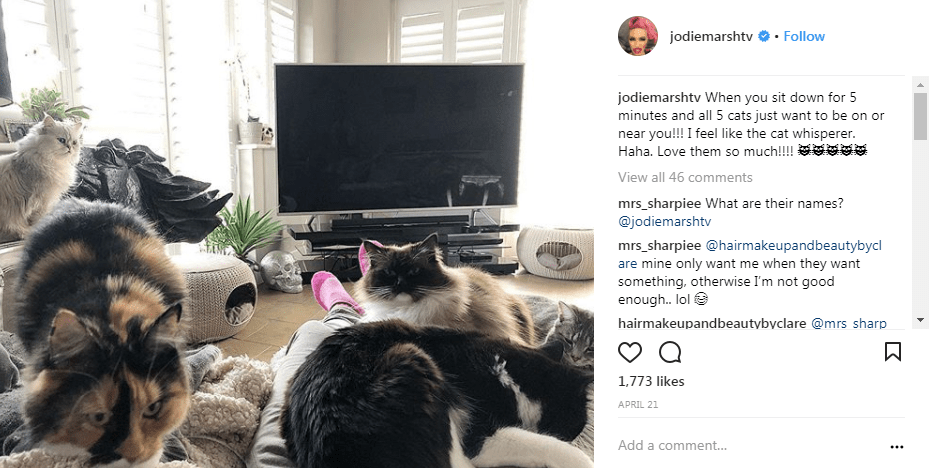 She explained: Earlier today this happened and my mum filmed it. Louie my bulldog has an elongated soft pallet which makes it difficult for him to breathe and eat.

“We had given all the dogs some treats today and Louie had picked one up that was too big for his throat. He choked, passed out, went completely limp, urinated on himself and his tongue went blue.”

Jodie was praised for her quick thinking by dog owners and her own fans who were impressed by her calm demeanour.