Jon Seda is making a big change from his years on NBC’s Chicago P.D. as he shifts into the sci-drama La Brea where he plays Dr. Sam Velez, premiering Tuesday, Sept. 28 at 9 p.m. ET. 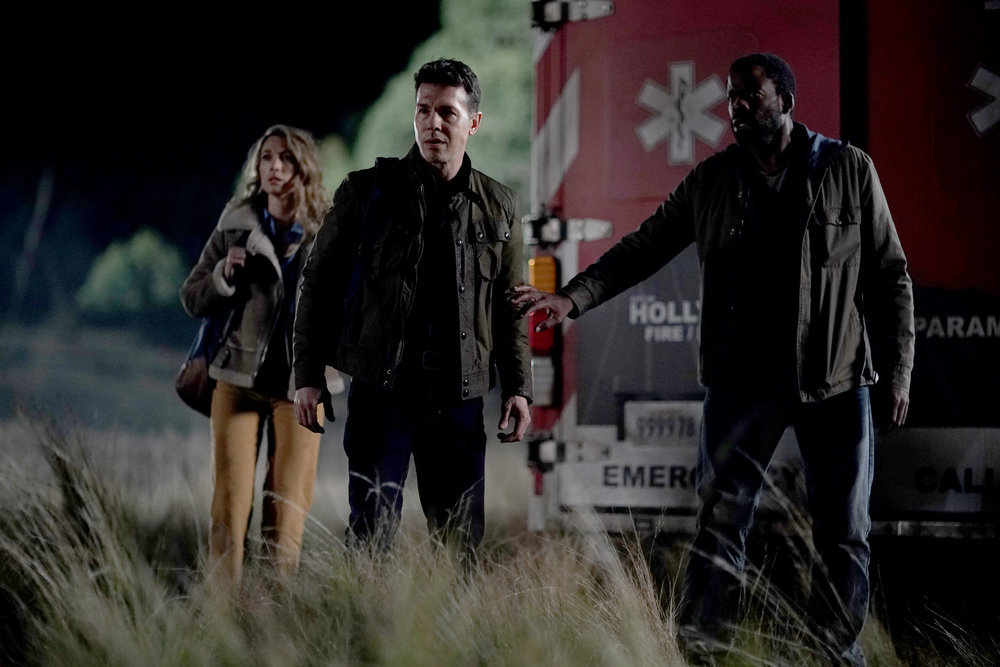 But the actor sees similarities between his former role as Detective Antonio Dawson and Velez, a Marine vet and doctor. Dr. Sam is described as someone who knows how to take charge, so when chaos erupts in La Brea’s premiere, he runs in to help, something Antonio also would’ve done.

“I think the shows are so different,” Seda said during the show’s TCA presentation on Monday. “Being part of something that is such an adventure, mystery, drama is exciting. I’m just glad to be a part of it. And yeah, maybe not in cop mode, but I think Dr. Sam will tend to want to help as many people as he can.”

He added, “Playing a former Navy Seal, doctor, father, husband, plus action and adventure—sign me up. There are so many colors and layers that exist within this character. I’m still finding them all as we go along. That’s what attracted me as an actor, there was a lot of stuff to work with.”

In La Brea, a massive sinkhole mysteriously opens up in Los Angeles, tearing a family apart by separating mother and son from father and daughter. Part of the family finds itself in an unexplainable primeval world, alongside a disparate group of strangers. They must work to survive and uncover the mystery of where they are and if there is a way back home.

Series creator, executive producer, and co-showrunner David Appelbaum revealed how the idea for the NBC drama was born.

“The genesis of the idea was this image of a sinkhole in the middle of Los Angeles that I just couldn’t shake,” he said. “I had never seen a show that opened up with something so dramatic. So I knew I wanted that to start the story but didn’t know anything else. But I started asking so many questions about why did this occur and where does it go? Who are the people who fall in? Once you start asking those questions, you start to create a world of characters and situations. Then from there, one thousand other things happen. But it really just started with the damage.”

Watch the first 5 minutes of the La Brea premiere above.