Julia Stiles Gets to Play a Female Michael Corleone, Thanks to Television

Her current TV show may have just wrapped its second season, but Julia Stiles is still excited about it. “I have energy,” she said. “I’m not sick of talking about the show or myself.”

You might not know that the woman featured in films ranging from “10 Things I Hate About You” to the “Bourne” franchise has been, since 2017, an international TV star thanks to the Sky drama “Riviera.” But the series, which is now airing in the United States on the cable network Ovation, has made her more recognizable than ever in the UK.

As Stiles said, “I was on a billboard on one of those double-decker buses. That was a moment for me of going, ‘Ah, I finally made it’ — the iconic image of a double-decker bus, one of the red ones with my face on it.”

“Riviera” features Stiles as Georgina, the young wife of a billionaire whose life as an art collector gets completely upended after her husband’s mysterious death, which draws her into an underworld of drugs and crime. A second season was shot last summer, once again in Mediterranean locations like the Cote d’Azur, Nice, Monza, and Monaco.

Stiles told IndieWire that when she first read the pilot, “I thought it was a great setting — I was really happy that we featured the actual place and that also, the setting to me, there’s something very cinematic about it.”

But in addition, Stiles was intrigued by the character. “My first question was, why did she stay?” she said. “Her husband’s murdered. We make it clear that she’s not there just to hold onto money and wealth. She is invested in discovering the truth about her marriage and can’t quite accept that she could’ve been so easily duped, but she also cares a lot about the hard work that she’s put into amassing this art collection. She cares about the artwork itself. Her whole world is crumbling. She has a backbone. She refuses to just get on a plane and start a new life somewhere else.”

“Riviera,” in its early days, underwent a creative shake-up when original creator Neil Jordan left the series, and Stiles said that after his departure, “the conversation between me and the other creators was, ‘Well, now you have to let me know what I’m signing on to — I had sort of an idea based on just faith in Neil Jordan’s capability, but where do you want this show to go?’”

Their response was that, rather than the character of Georgina being largely reactive, “they had this idea that Georgina was going to be almost like Michael Corleone, in that she maybe is naïve in the beginning but she rises to the occasion for better or worse and that she tries to get out — but they keep pulling her back in, so to speak.” 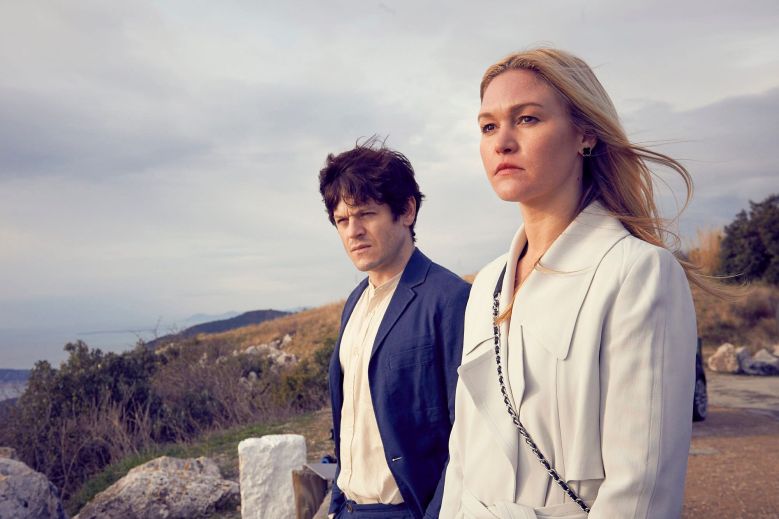 Playing a female Michael Corleone isn’t the sort of opportunity actresses get too often, especially characters who verge on anti-hero territory. “That conversation changes a lot when you’re talking about a female character,” Stiles said. “The discussions — not just on ‘Riviera,’ I’ve heard this many, many times in other contexts — of, is this character sympathetic?”

Continued Stiles, “in these discussions I always think, forget if a character’s sympathetic. I think that’s a code for ‘Do we understand this character? Are we invested in this character? Do we want to watch them do what they’re doing?’ With female characters, particularly the leads, the protagonists, there’s a moral judgment that is different from when we’re looking at a male character.”

During the making of the first two seasons, Stiles held the writers to maintaining that idea. “Every time we would have discussions about scripts, I would go back to that as a reference to make them stick to it. Or at least, just make sure that they were holding true to the idea that she was going to, I don’t want to say, ‘get corrupted,’ but she was going to do some questionable things in order to maintain her position in this household.”

As “Riviera” is her first long-running series, Stiles said that “this is the first time that I’ve worked on a story and a character for this amount of time. That’s 20 hours of programming, which is a lot more than any given movie. And there is a lot of potential with Georgina… The producers and writers were really open to a lot of my input, and I feel lucky to be in that position.” 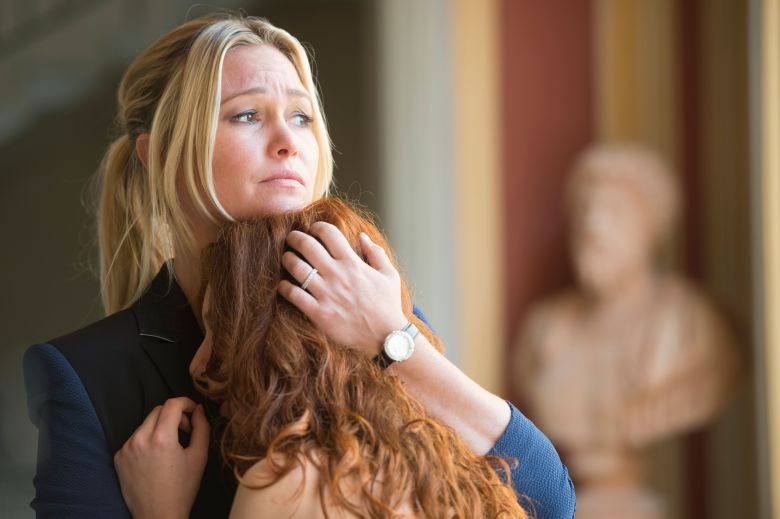 Currently, Stiles and the “Riviera” team are discussing the possibility of doing a third season. “We’ve invested a lot of time in it. I’d like to play it out and see where it goes,” she said. “To be the lead on a sophisticated drama is quite a good gig.”

In addition, she’s looking for potential directing work, following early experience with directing shorts. “I’ve been on a lot of film sets so the fear factor is gone. It’s just a question of, what story I want to invest that much time in,” she said. “It’s a lot of work and responsibility in a way that is maybe more daunting than being an actress. I mean, I think the roles that I’m offered generally are indie films, which, nowadays, fewer and fewer people see these independent films… There are my aspirations and then what people are interested in casting me in, like any actor.”

The one thing she’d still like to do, that she doesn’t get offered all that often? Comedy. “Not necessarily broad comedy but darker comedy, improvisational comedy,” she said.

However, she added, “I think people think of me as a very serious actress. Many times on the set of ‘Riviera,’ I’d go, ‘Okay, I gotta cry again today,’ thinking, “Note to self — try and do something funny next time.’”

“Riviera” Season 1 is now airing Saturdays at 10 p.m. on Ovation. In the UK, Season 2 will premiere on Sky Atlantic May 23.