Big Brother host Julie Chen couldn’t help but recreate one of the most popular GIF memes, which originated on her show.

She posted on Twitter on Friday a video of her channeling former contestant Da’Vonne Rogers‘ exit from the Big Brother house after she got evicted on season 17 in 2015.

Wearing a black halter top and pink handkerchief skirt and carrying a black bag, Rogers was grinning and practically prancing as she made her way through the doorway. Chen wore a black and white embroidered mini dress and also carried a black bag.

A GIF of Rogers’ exit went viral in 2016 and remains one of the most widely-used memes on Twitter and Tumblr. 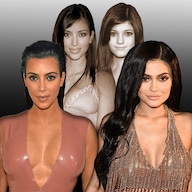 “I maaayyyyyy have decided to recreate some of my favorite gifs from #BigBrother as we countdown to #BB20,” Chen tweeted. “RT if you know this one !!!”

Rogers takes her role as a meme in stride.