The Emhoff family had some notes for Saturday Night Live regarding their recent sketch about the family’s Passover Seder dinner. Their reviews had nothing to do with guest host Maya Rudolph’s portrayal of Vice President Kamala Harris or Martin Short taking on the role of Second Gentleman Doug Emhoff, but rather the family members who didn’t show up to Seder in the SNL sketch.

Doug’s son, Cole Emhoff, tweeted a two-eyed emoji, writing, “@nbcsnl, how you gonna leave me out my own fam dinner…”

Kerstin Emhoff, Cole’s mom and Doug’s ex-wife, replied to his tweet, writing, “Hmmmm @ColeEmhoff  and I def got left out of that skit @nbcsnl 😉. That’s not the Doug we know!”

Hmmmm @ColeEmhoff and I def got left out of that skit @nbcsnl 😉. That’s not the Doug we know! https://t.co/xayAW8s6ND

Neither Kamala or Doug have commented on the portrayal, nor has Ella Emhoff, Doug’s daughter who was played by cast member Chloe Fineman. 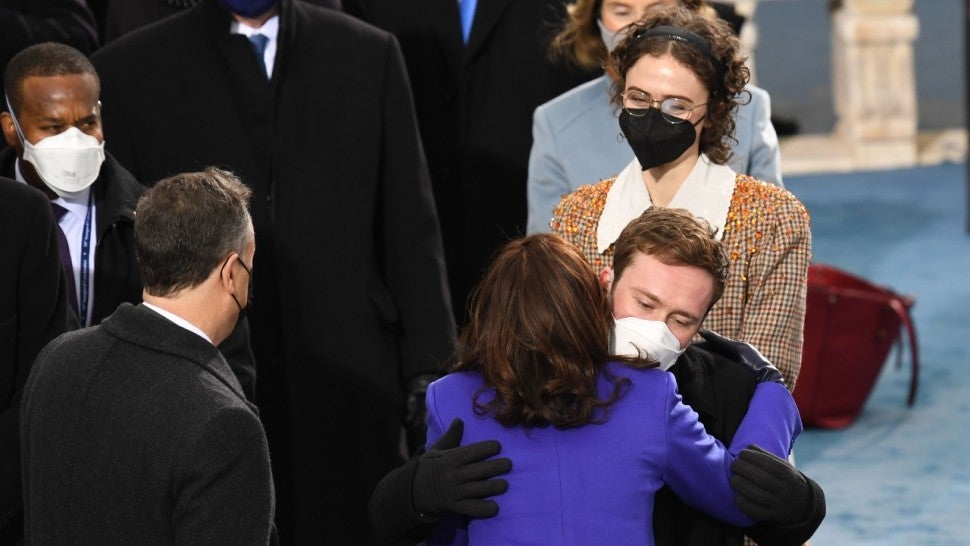 As for Kamala, she has gushed about her step kids in the past. In a 2019 Mother’s Day essay for Elle, she wrote of first meeting her now-husband’s children.

“Cole and Ella could not have been more welcoming,” she shared. “They are brilliant, talented, funny kids who have grown to be remarkable adults. I was already hooked on Doug, but I believe it was Cole and Ella who reeled me in.”