When is Kate Garraway returning to Good Morning Britain?

Good Morning Britain host Kate Garraway appeared on the show today (Wednesday, July 8) to discuss her return to the show.

She will be coming back to the show after an extended period after her husband Derek Draper contracted coronavirus COVID-19.

Kate featured on the show to update viewers about how he was doing.

The ITV host said: “I hope we can get him back.”

She said she faced moments where she felt like she had “failed him”.

Kate hailed the NHS staff, saying: “I know the doctors are doing everything they can.”

The star also revealed how she’d been getting messages of hope from well-wishers, along with celebrities such as Sir Elton John, David Beckham and Rob “Judge” Rinder.

She also confirmed she would be returning to the show on Monday (July 13) with co-host Ben Shephard. 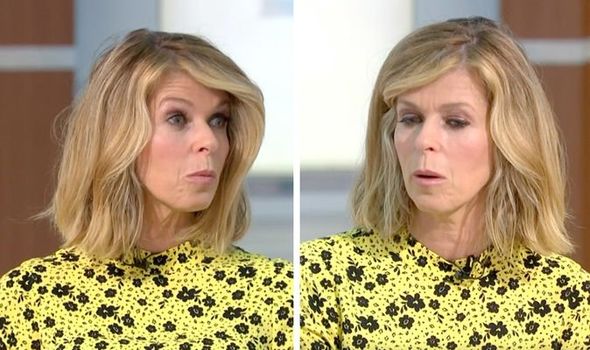 Ben and Kate will be hosting the show as resident hosts Piers Morgan and Susanna Reid as their go off on their summer break.

Hosting duo Piers and Susanna will be back in September when they return from their holidays.

Today was Piers and Susanna’s last day before they broke off for their summer break.

Kate explained: “The problem with this pandemic is it’s lives, it’s livelihoods, it’s fear, it’s anxiety and I feel I’ve got to get on and do the things I’m supposed to be good at.

“You two are going, I’m coming back. I don’t I’ve quite the got fight to be a Piers Morgan or you.”

She added: “So, I’m going to be with Ben Shephard back on Monday because you’re going off.”

Kate fought back tears as she spoke to her co-stars about making her return and explained how she’d struggled during her husband’s illness.

Reflecting on Derek’s illness, she said: “About him and the coma for starters, it’s a strange word coma, he was induced into the coma because it was a way of resting the lungs when he had very acute Covid, of course now they’re no longer keeping him in the Coma, he sort of can’t wake up.

“There’s two types of coma – there’s the one we think of as vegetative coma, where someone’s completely unconscious, you know, you could stab them and they wouldn’t react – and there’s where Derek is which is a minimum state of consciousness.

“So, wonderfully his eyes are opening but we have no real knowledge of what he can see or hear and feel.”

“The doctors do keep saying it is a miracle he’s still alive. [A doctor who has been treating him] said, ‘He’s as sick as anyone I’ve ever seen in 35 years in medicine, never mind Covid’.

“So six times they said he’s not going to make it. He’s been very, very sick.

“The problem is, is that it’s a new disease which nobody knows, so there’s no data.

“His lungs are starting to recover a little bit, his kidneys are doing better, his liver is doing better.

“They don’t know how much better he can get. There is just nothing he can compare it with.”