Earlier in the week, Kate Garraway finally stripped down to a bikini and joined her I’m A Celebrity…Get Me Out Of Here! co-stars in the jungle shower. The Good Morning Britain host wore a red eye-popping bikini while taking a dip with Nadine Coyle and Caitlyn Jenner. The 52-year-old’s figure has not only caught the attention of fans but was the topic of conversation amongst her GMB co-stars.

“I just think she looks fantastic,” gushed Ben. “She looks like she’s enjoying it.”

He went on to praise his co-star for facing her faces and headed into the jungle despite being afraid.

“Regardless of what happened in the end, she feels like she’s conquered something,” he continued. 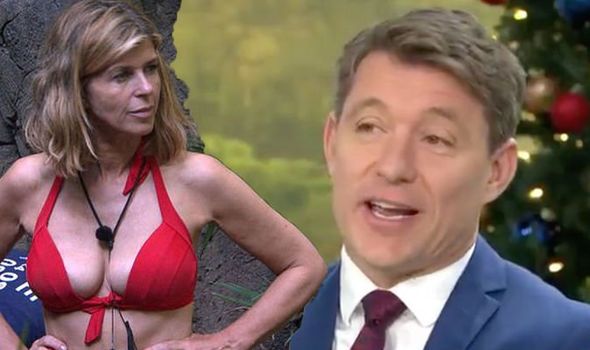 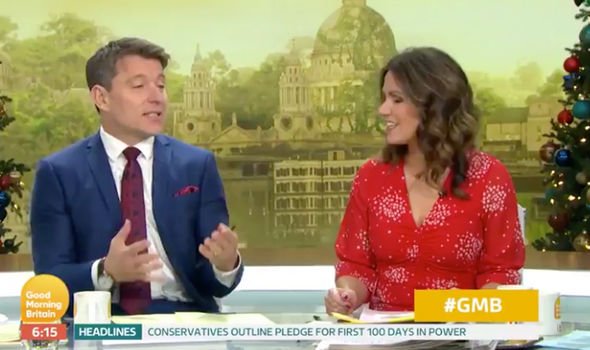 “She was scared about going in. There was so much in the jungle that was going to scare her.”

Richard added: “What’s been lovely is the support from her colleagues at GMB because know we know she’s got a fighting chance we post videos saying, ‘Go, Kate!”

The showbiz correspondent pointed out Jacqueline Jossa and Roman Kemp are favourites to win the competition.

But Susanna joked Roman “doesn’t look quite as good in a red bikini as Kate.” 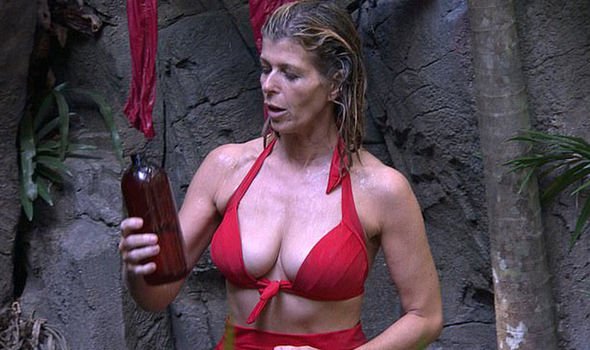 Before heading into the jungle Kate told Hello!: “I’m a bit shy if I’m honest, but it’s your opportunity to wash, so I’ve got a slightly more skimpy swimsuit.”

When Kate, Nadine and Caitlyn went for a splash in the shower, the GMB host was shocked to be told what plastic surgery she could have.

Kate remarked: “So when you did your face is that because of being Caitlyn?”

Caitlyn said: “There are distinct characteristics between the female bone structure and the male, for instance, the distance between the top of your lip and your nose, it’s less in women although you have quite a bit.”

“You are the exception, I’m sorry, but don’t worry we can fix it!” she added.

In the Bush Telegraph, Kate joked: “Caitlyn says that she has got just the person to fix my face in LA.

“So when I got to visit I could come back a whole new Kate with a much shorter bit up here,” she said as she pulled her top lip.

Elsewhere, Nadine’s exit may have been sealed as fans try and find an ‘illegal’ way to gain votes.

Viewers have to live in the UK to vote by phone or the official I’m A Celebrity app in order to keep their favourite singer in the jungle.

A fan account answered: “As far as we’re aware you should be able to if you download a VPN app and then download the I’m A Celeb app.”

“When you vote you might need to change your VPN then too,” they added.

Could Nadine become the next celebrity to leave the jungle as her fanbase struggles to vote for the star?

I’m A Celebrity Get Me Out Of Here airs daily on ITV at 9pm.