Kate Hudson and Danny Fujikawa Welcome Their First Baby Together! Inside the Parents' Romance 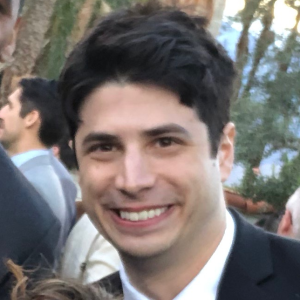 Kate Hudson and her boyfriend Danny Fujikawa just had their first baby together!

The actress, 39, welcomed her first daughter on Tuesday, Oct. 2. This is the couple’s first child together and Hudson’s third. Their little girl is named Rani Rose Hudson Fujikawa after her grandfather.

“We have decided to name our daughter Rani (pronounced Ronnie) after her grandfather, Ron Fujikawa. Ron was the most special man who we all miss dearly. To name her after him is an honor,” Hudson wrote in her announcement post, which was captioned simply, “She’s here.”

She continued, “Everyone is doing well and happy as can be. Our family thanks you for all the love and blessings that have been sent our way and we send ours right back.”

To celebrate the happy news, here’s a look back at the couple’s relationship.

Starting Out as Friends

While they’ve only been together for over a year, Hudson and the musician have been friends for over a decade.

“We’ve known each other for 15 years; he’s my best friend’s stepbrother,” she said on The Talk. “We kinda skipped through the part of knowing what the hiccups were. You kinda skip the part of going, ‘Oh, you’re like that?’”

RELATED: Pregnant Kate Hudson ‘Is Crazy’ About Boyfriend Danny Fujikawa — as They Vacation in Greece

Hudson explained that while they’ve always known each other, the timing was never right as he was younger than her and she was “building a family and working very hard.”

“In terms of family, I’ve known his family forever,” she said. “To have that connection is really powerful.”

Waiting for the First Move

Hudson shed some light of how she and Fujikawa started dating on the one year anniversary of their first outing together.

“A year ago today Danny took me on a hike and what I thought was just a hike with a family friend turned very quickly into an unexpected first date,” she wrote on Instagram. “No moves were made on this first date. In fact, it took months for him to make the first move!”

The star added, “And as a kiss on this bridge would have been nice, the kiss a year later was so much sweeter. So in our 15th year of knowing each other, we were able to open our hearts to each other to feel so much pure love and it’s been truly incredible!”

Rumors started to swirl publicly over the couple’s relationship after they were spotted kissing during an L.A. lunch date in March 2017. They made their red carpet debut in May while attending the premiere of Hudson’s mother’s movie Snatched in Westwood, California.

Since then, they’ve been spotted together around the globe.

The duo was seen cozying up together everywhere from Santa Monica, California, where last March they dined at the restaurant Giorgio Baldi, to New York City, where later that same month they locking lips before getting dinner at Tutto II Giorno.

“They didn’t see or care about anyone else around them. They only had eyes for each other,” a source told PEOPLE of the latter outing.

Fujikawa was by Hudson’s side last April for her 38th birthday party at the Picca Peruvian Cantina in Los Angeles, and later that summer, they took their romance overseas with a trip to Cambodia.

RELATED VIDEO: Baby Girl on the Way for Kate Hudson

Shortly before announcing her Hudson’s pregnancy, the duo was seen walking arm in arm along the coast in Sydney, Australia.

And most recently, the happy couple vacationed in Greece with Hudson’s family.

“Kate’s a free spirit who has always been attracted to musicians,” a source previously told PEOPLE. “But Danny also appeals to her because he is talented, bright and cosmopolitan like she is.”