The pair are soaking up the sun on a relaxing break in Mykonos and Kate has been giving fans a glimpse into their jetset lifestyle. 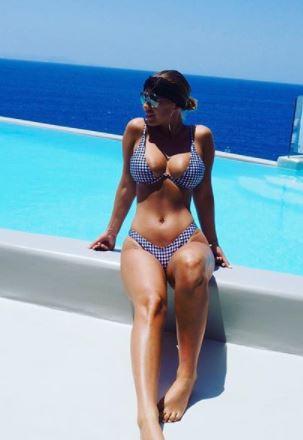 The pair have jetted off to the island for a mini-break together before Rio, 39, heads to the World Cup in Russia to work as a pundit for the BBC.

Today Kate showed she has been working hard on her tan as she spent time by the pool in a blue and white two-piece.

Rio also shared some new snaps, including one which showed him lounging by the water in a chair and looking out at the ocean.

Yesterday, Kate, 36, uploaded some sizzling snaps as she glammed up for a night out. 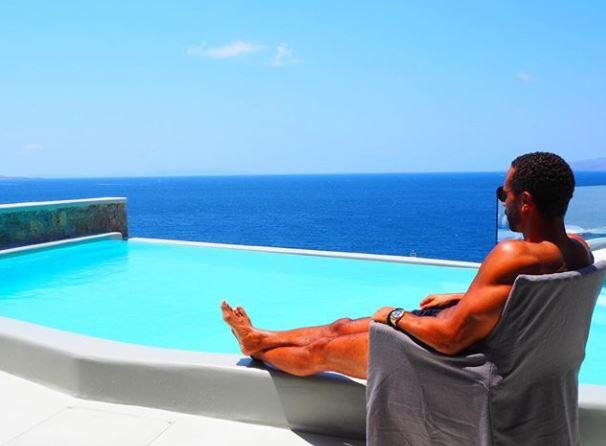 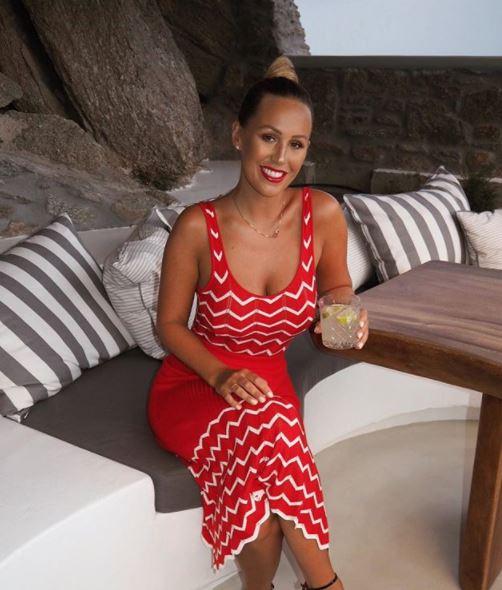 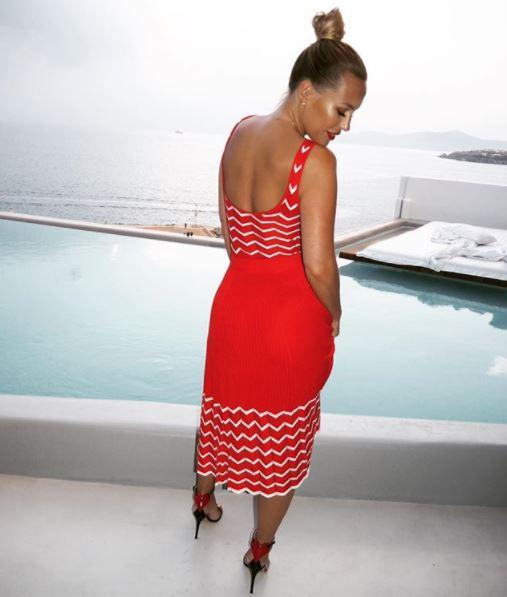 She looked stunning in a red dress and high heels as she posed for pictures by the pool, which overlooks the sea.

Another picture showed the couple having dinner overlooking the town.

The outing came after the pair were spotted messing about on their hotel balcony as they soaked up the sun.

Rio has previously revealed he's planning to return to the UK during his break from World Cup duties.

The longest the couple will be apart is 10 days and the former sports star is hoping to squeeze in at least four days at home. 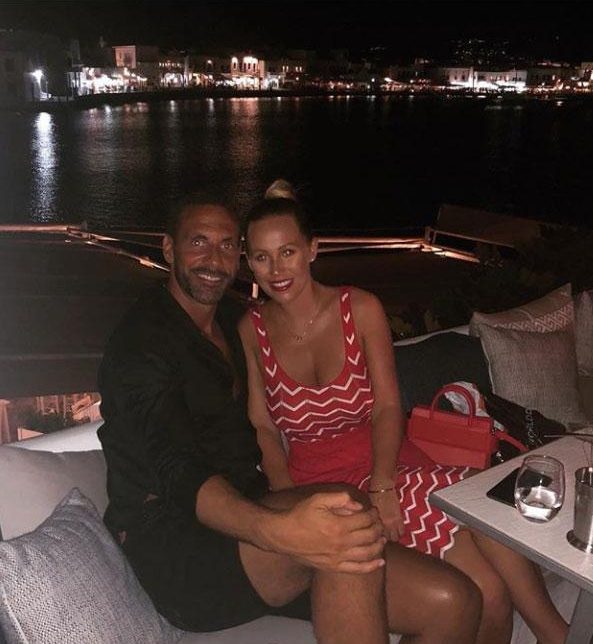 He told Now magazine: "We miss each other loads but I'm going back for about 10 days…

"Then I'm back for four to five days then I go back to break it up."

Rio revealed he will be having plenty of FaceTime chats with Kate while he is away.

He said: "Kate is very diligent in terms of making sure the lines of communication are open…

"We speak all the time."

Rio has also previously teased that marriage could soon be on the horizon for the besotted couple.

But, while he is sure he’s set to make the commitment, the couple are yet to set a date for their wedding.

The sportsman revealed: “We do talk about it. But I’m not going to sit here and give you a date.”

The World Cup kicks off on June 14 as hosts Russia take on Saudi Arabia in the first match of the tournament.