KATIE Price and her fiance might have left the children at home to go to Thorpe Park – but only so they could be big kids themselves.

The newly engaged couple enjoyed a romantic day out at the theme park and relished in the thrills and spills of the rollercoasters without Katie's five kids in tow. 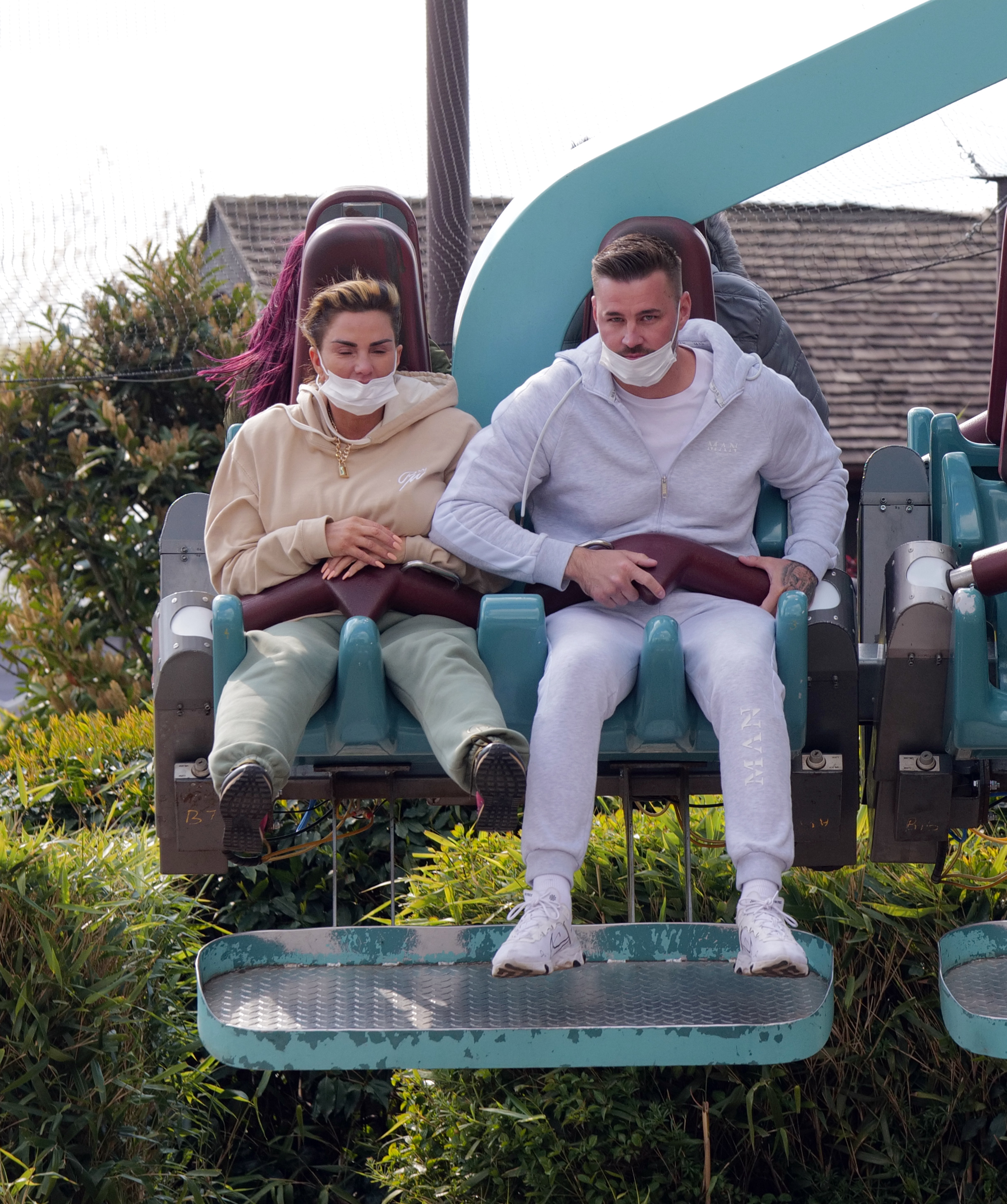 The couple couldn't stop smiling during the visit as they held hands while walking around the park.

They had fun on all the rides and the 42-year-old mum-of-five was left grinning from ear to ear.

Katie and her 31-year-old fiance both wore tracksuits and trainers for maximum comfort during their visit.

The bride-to-be also ditched her engagement ring for the outing. 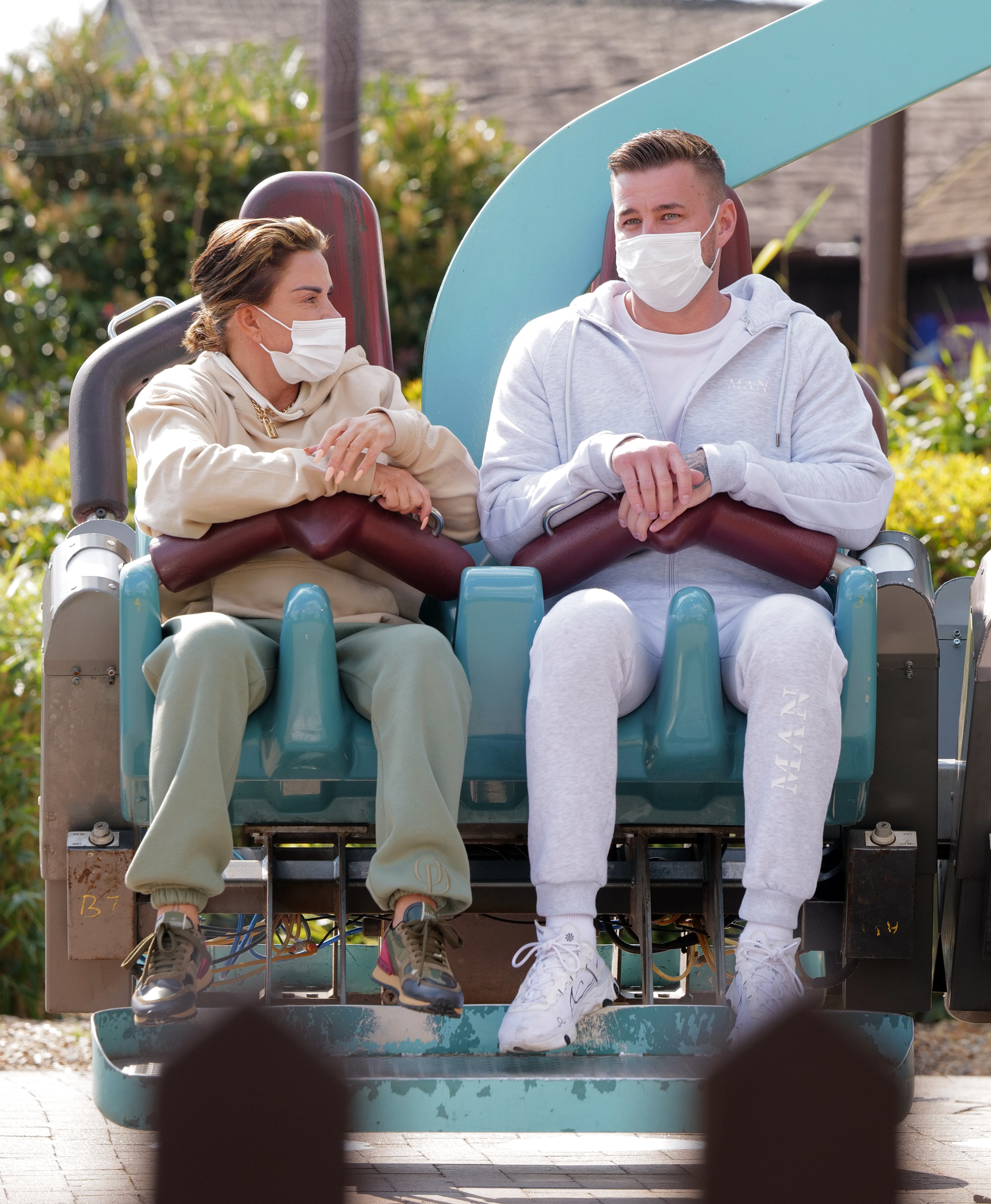 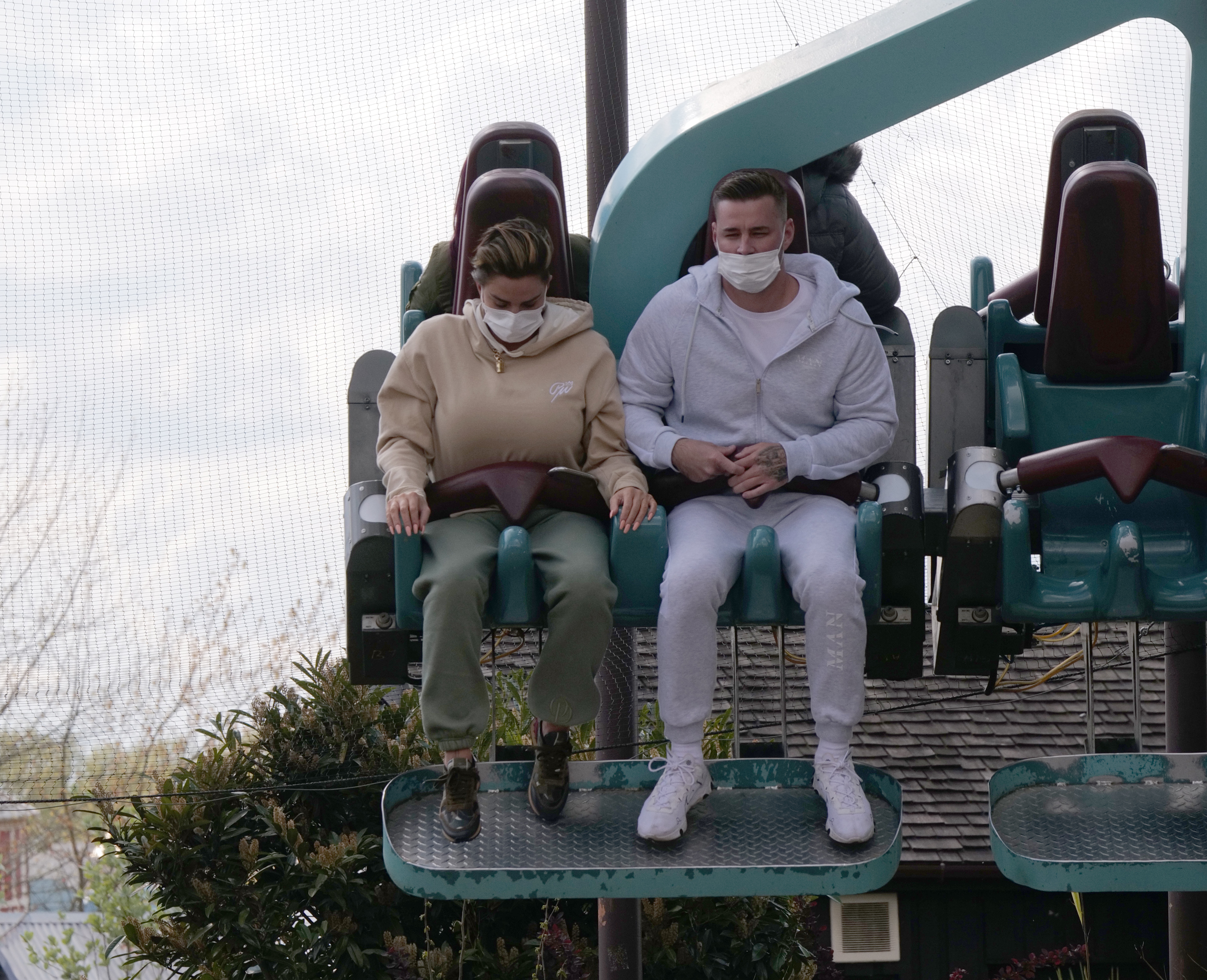 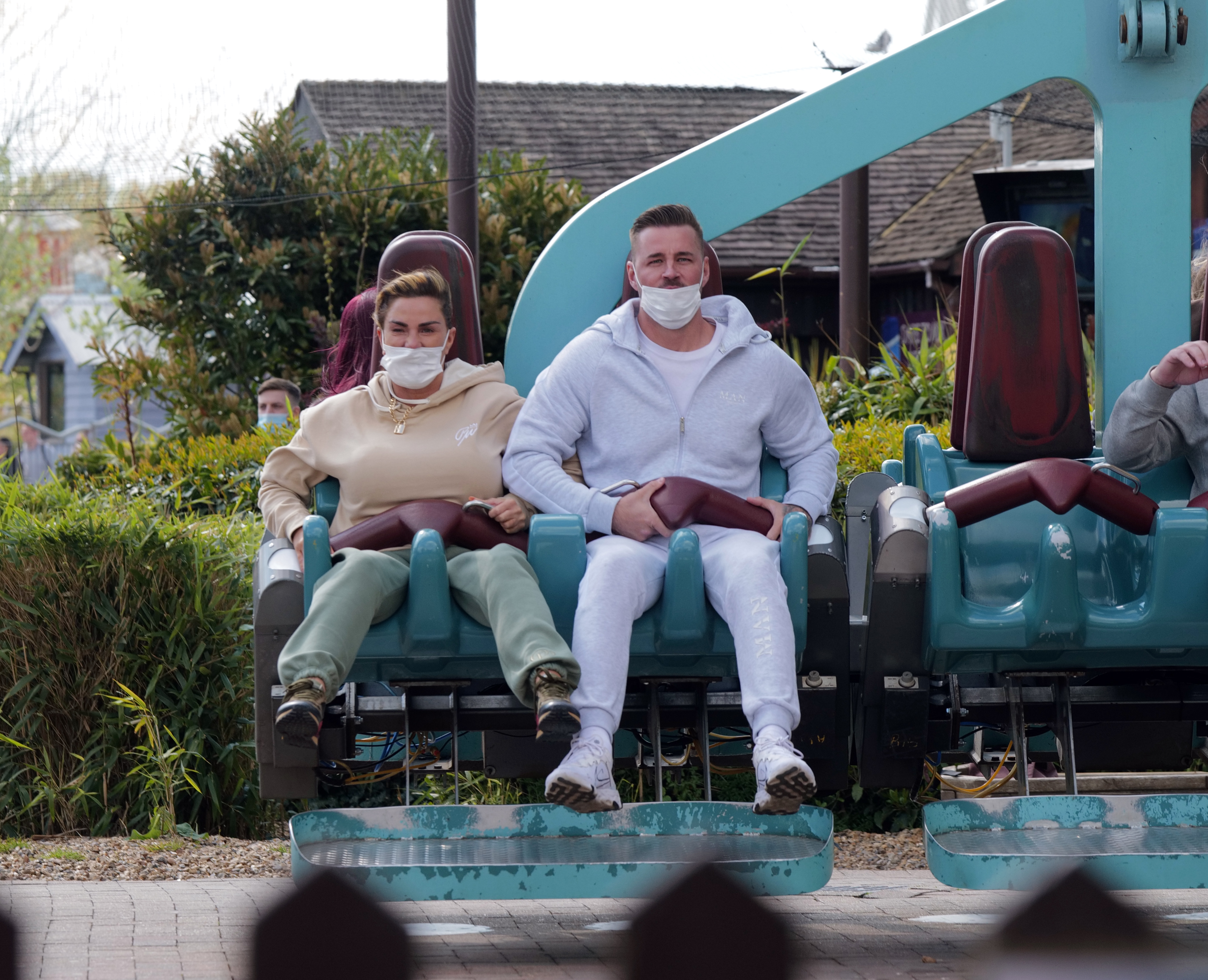 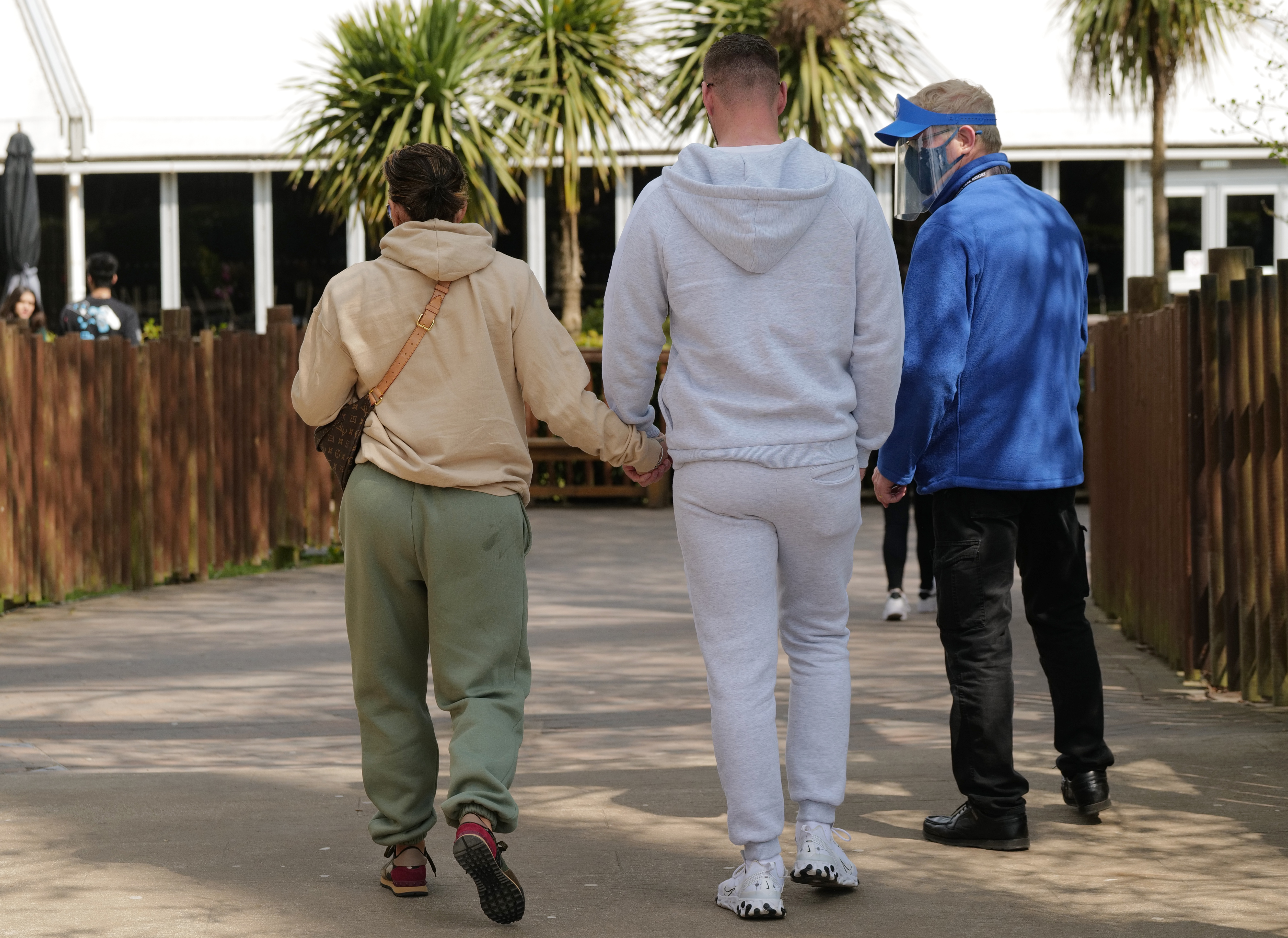 The seven carat diamond ring was designed by Carl himself – so it's probably wise Katie didn't risk losing the sparkler while enjoying the rides.

The Sun revealed last month that Katie and Carl are engaged after ten months of dating with him set to become her fourth husband.

It comes as Katierevealed she is rushing to get married this year so her seriously ill mum Amy can be there.

And they will be heading down the aisle sooner rather than later to make sure Amy, 64, can be part of it.

Amy suffers from idopathic pulmonary fibrosis and is holding out hope for a lung transplant.

Asked if her mum was a factor, she told OK! Magazine:  "Yes, absolutely, I want my mum well enough to be able to attend the wedding. 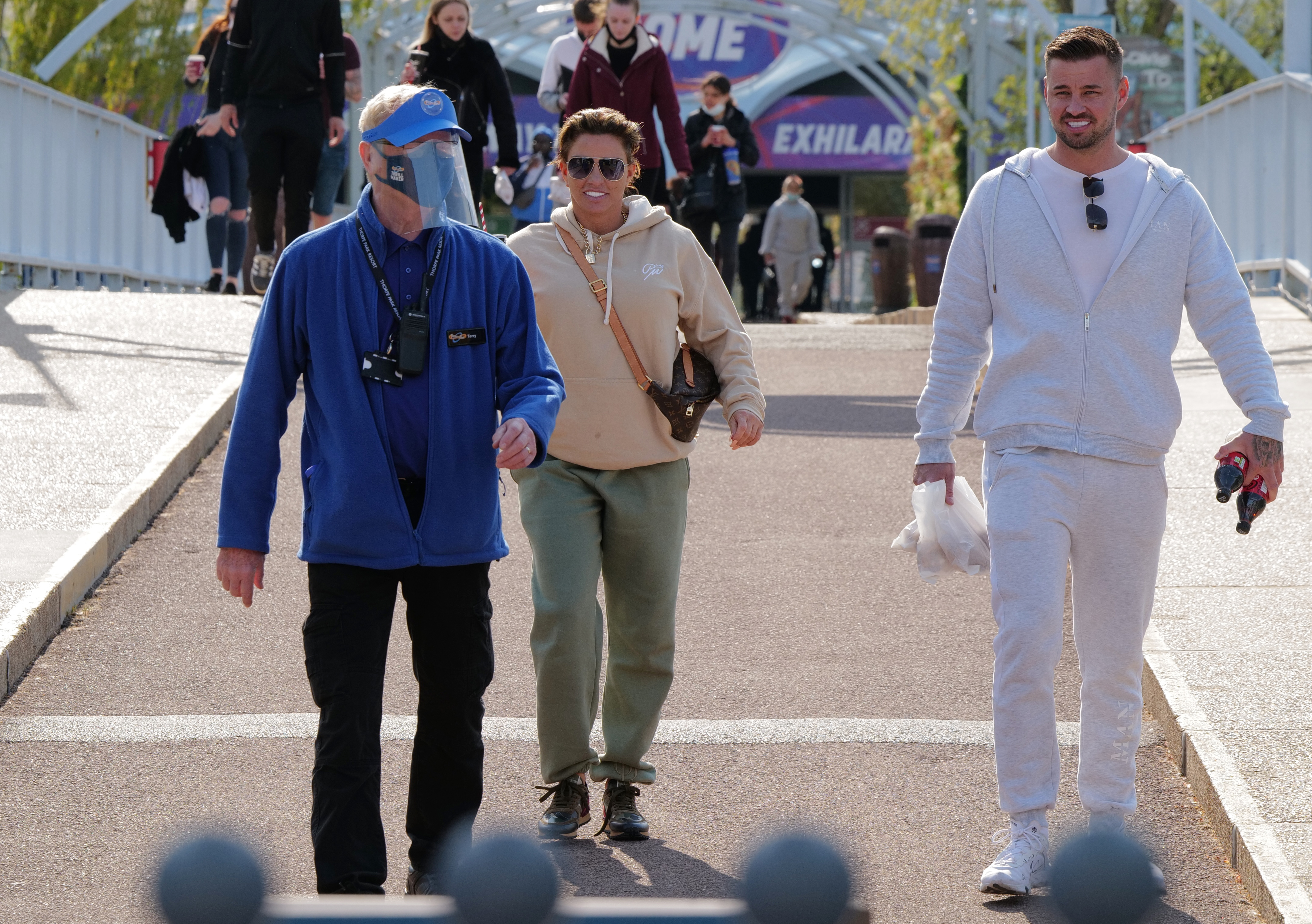 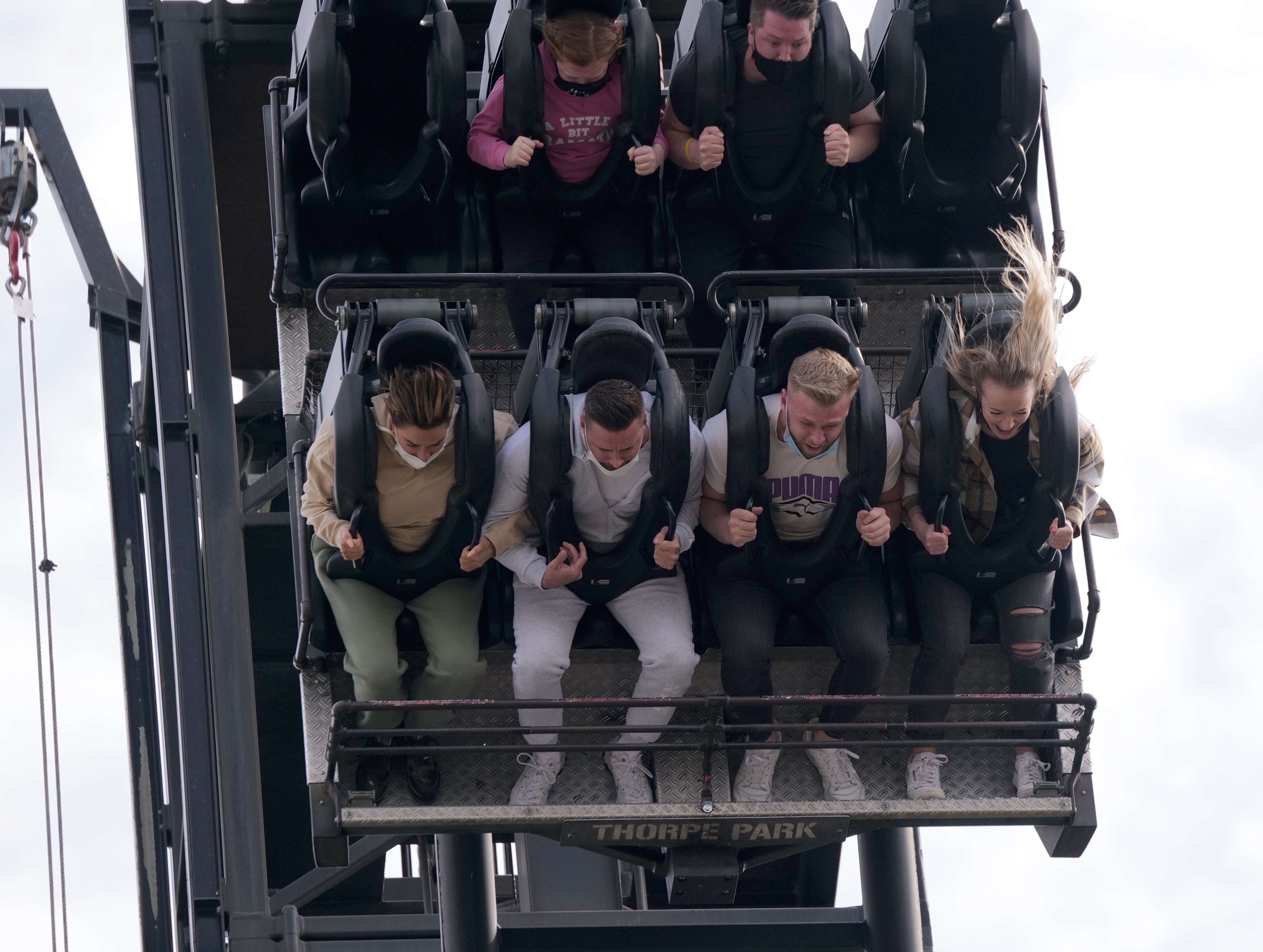 “Time is precious. Also, I want my mum to be able to rest easy knowing I’ve finally found someone I’m happy with.”

Mum-of-five Kate recently revealed she only has 32 per cent lung capacity and doesn't have long left to live so they are making the most of the time they have left.

Discussing how her mum's health has deteriorated recently, she said:  "Now she's on oxygen, it's hit home again. She's only got like 32 per cent left of her lung capacity. So if you imagine now being that out of breath, it must be awful, and it's an awful way to go.

"It's horrible to see my mum go through it because she's so active, it's cruel." 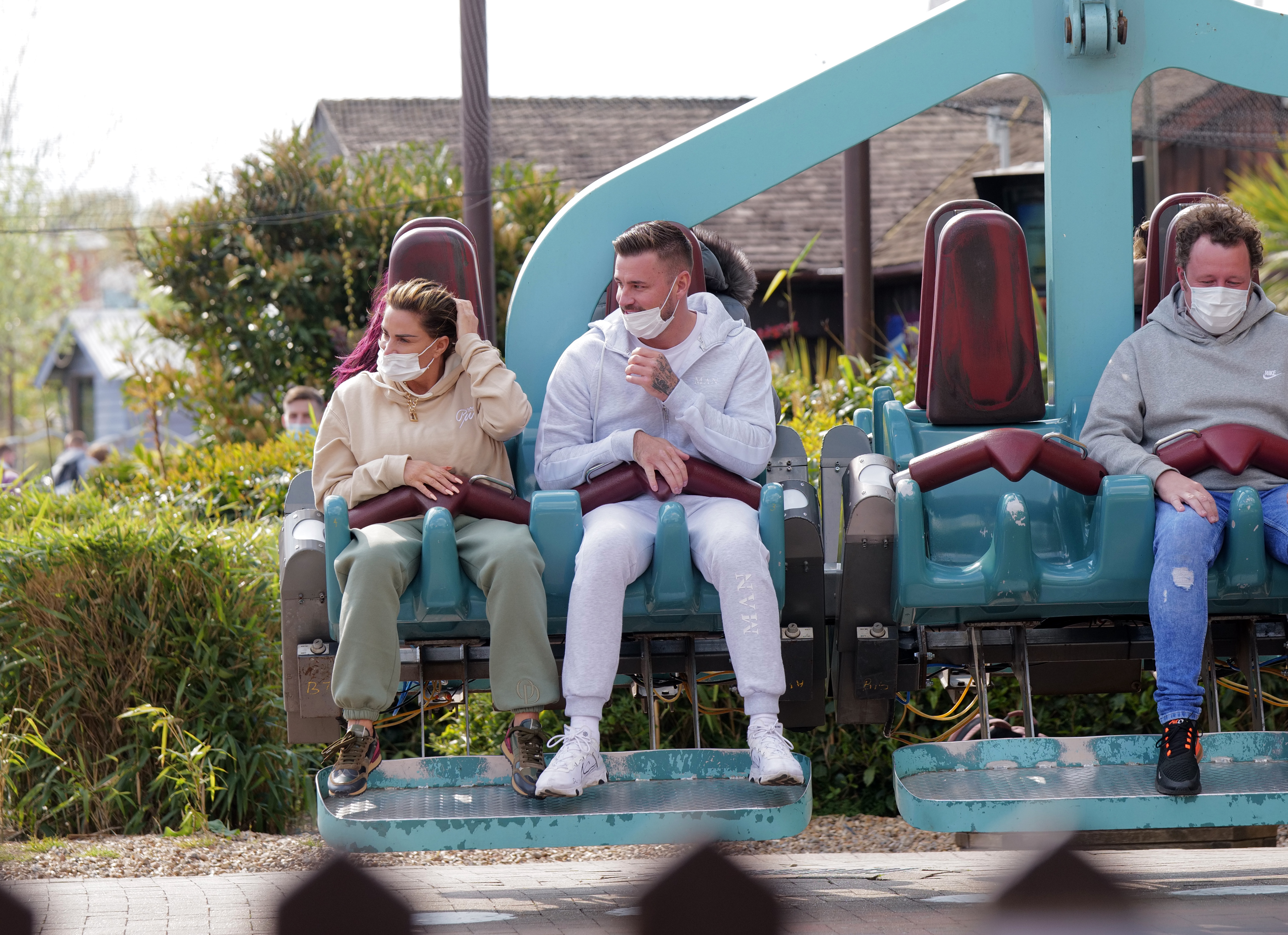 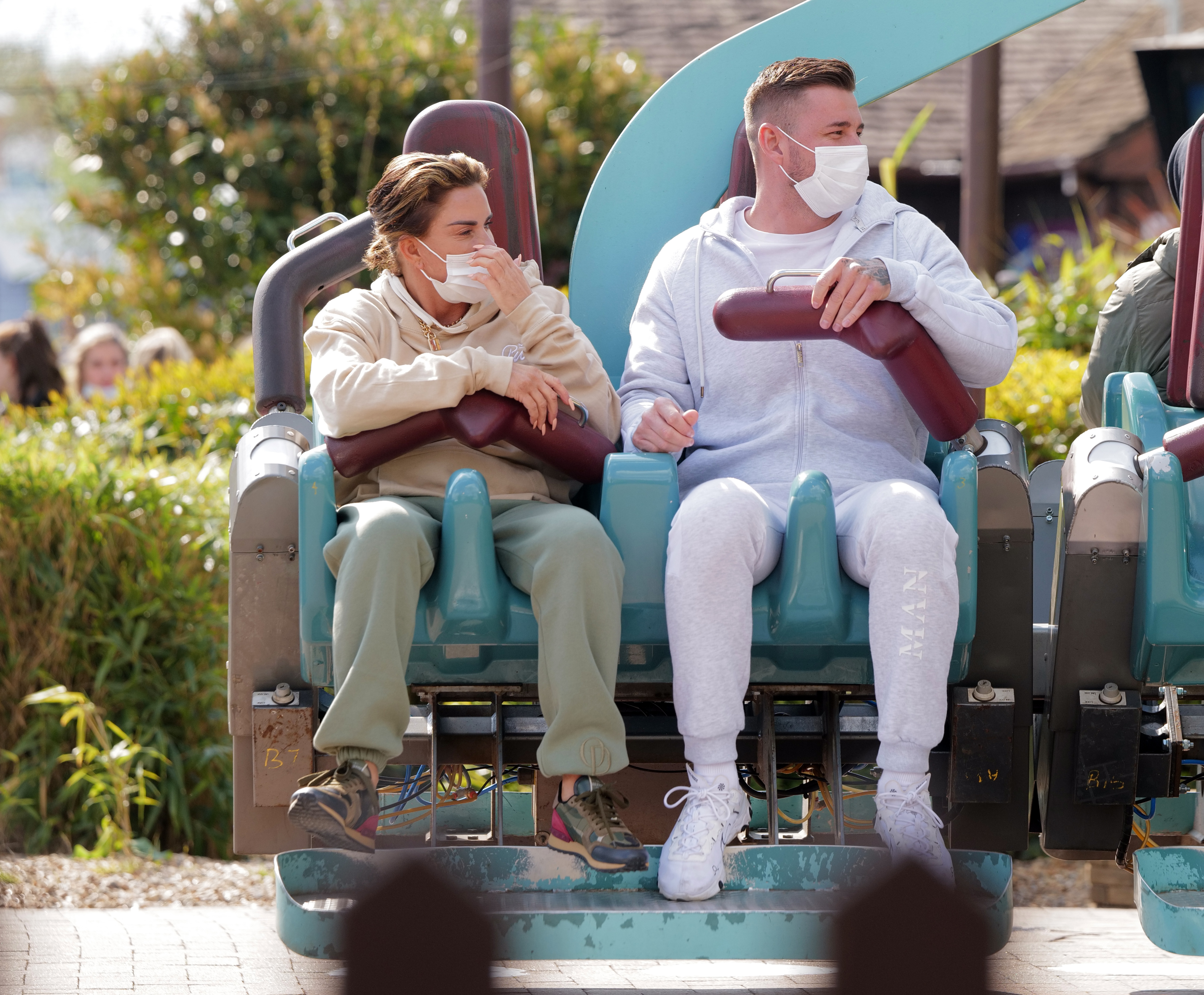 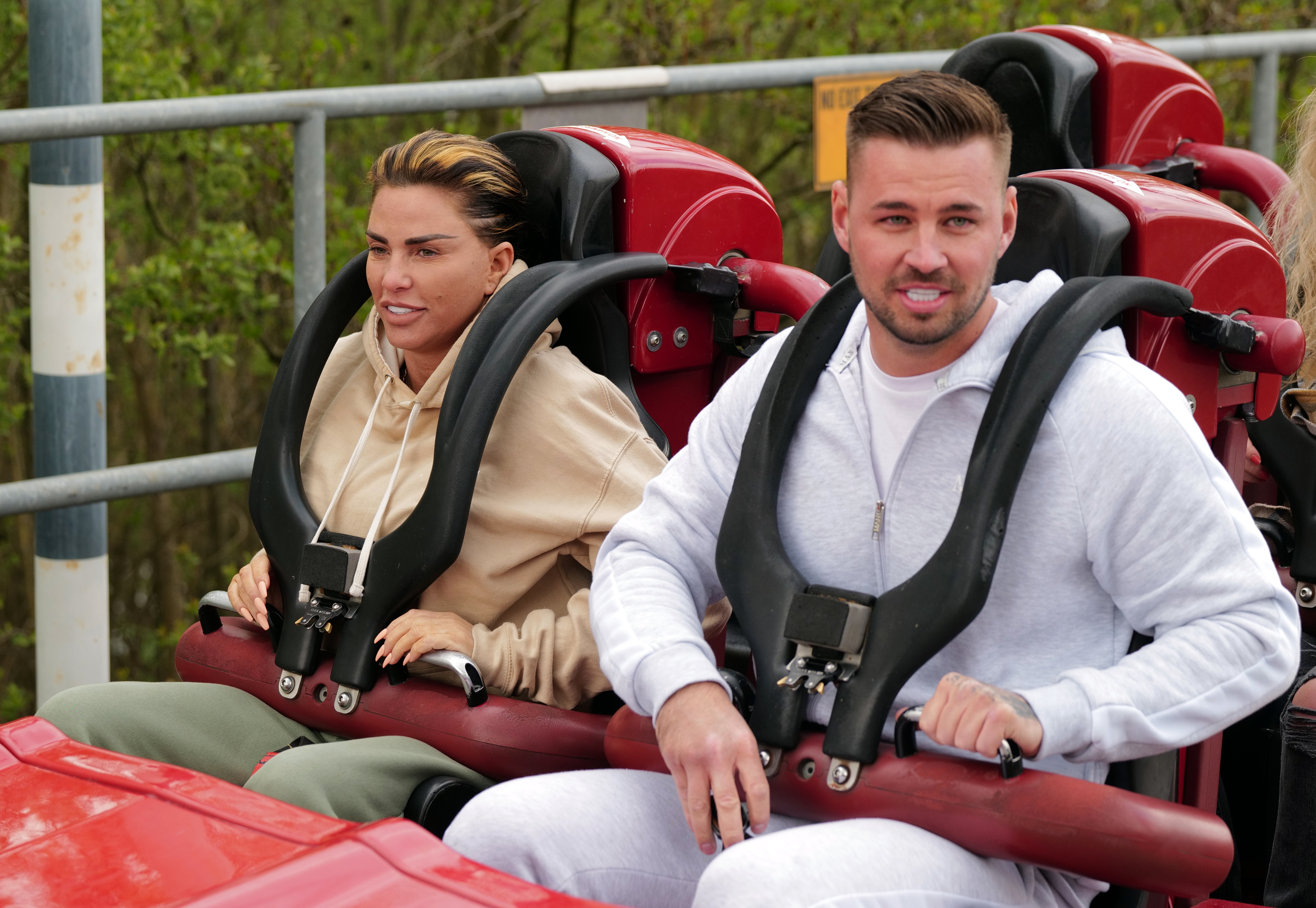 During the interview about her engagement, Katie revealed how happy her mum is about her impending marriage.

She told the magazine:  “Mum’s reaction was the happiest I have seen her in years – she loves the ring. She can’t wait to have Carl as a son-in-law.

“Mum loves Carl and she knows I will be OK now – it’s given her peace of mind. That means the world to me, that Carl brings that peace to Mum. I love him unconditionally for that.”

The Sun revealed that Katie was engaged for the 7th time earlier this month.

Katie’s divorce from third husband and ex-stripper Kieran Hayler, 34, was made official only last month. 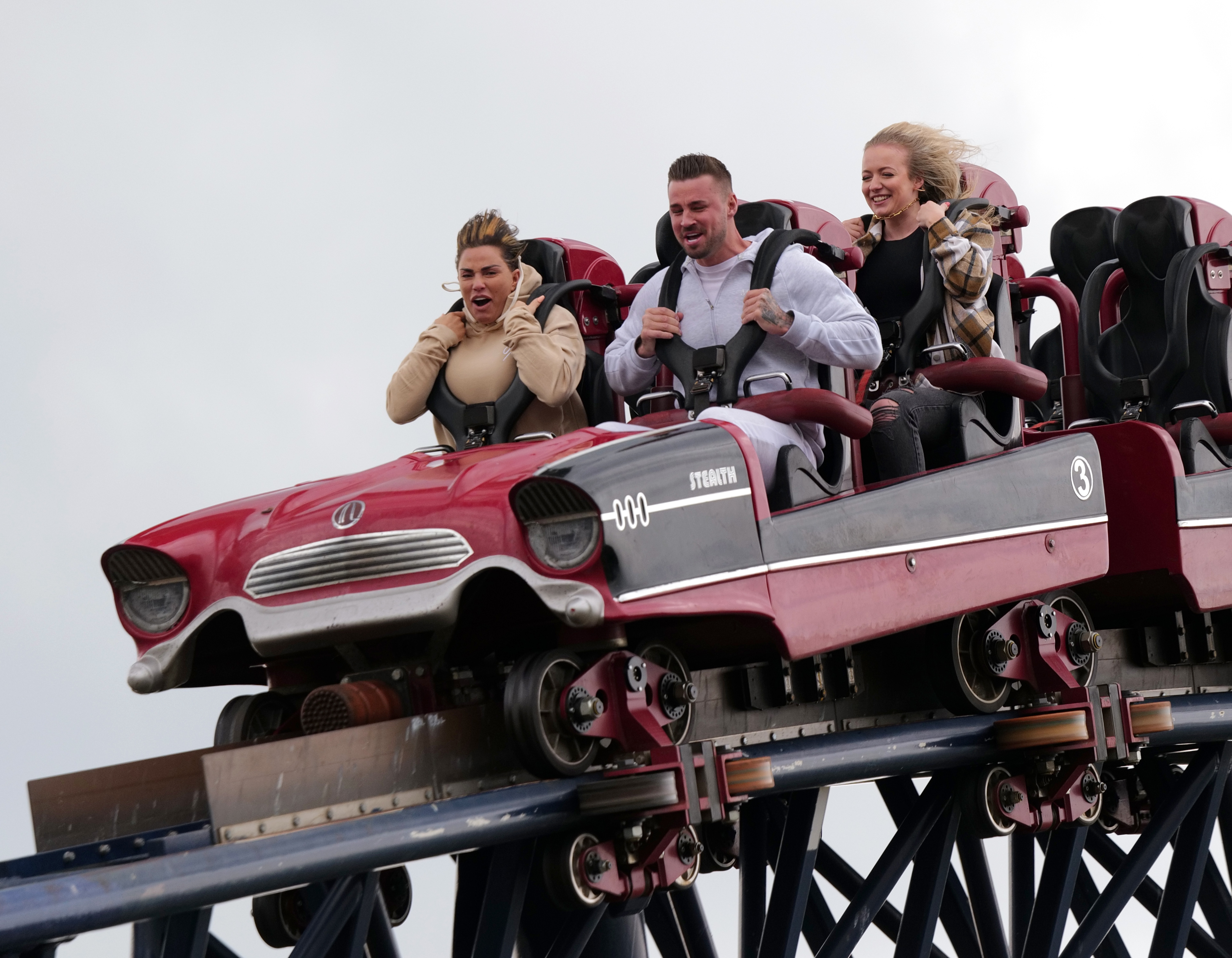 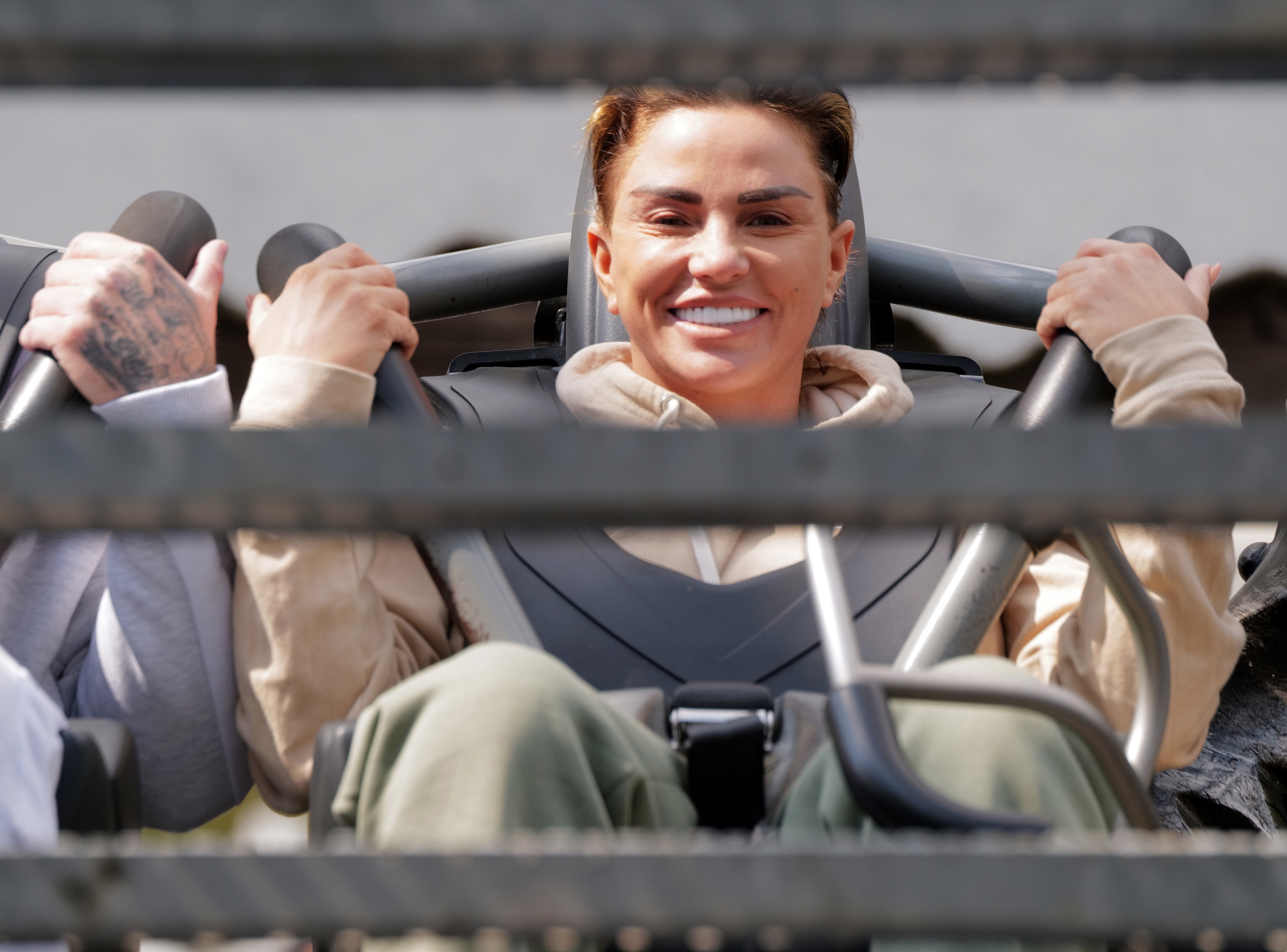 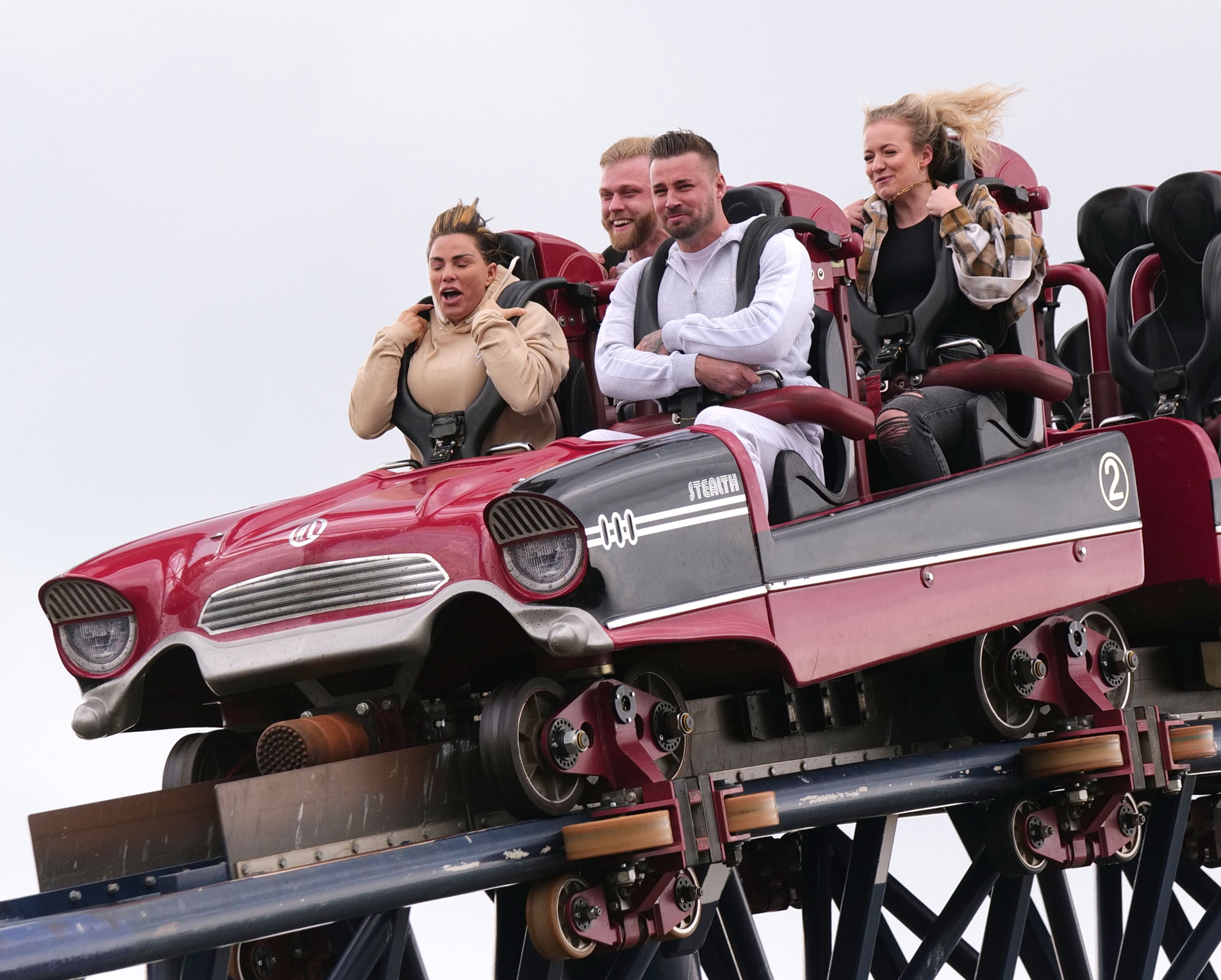 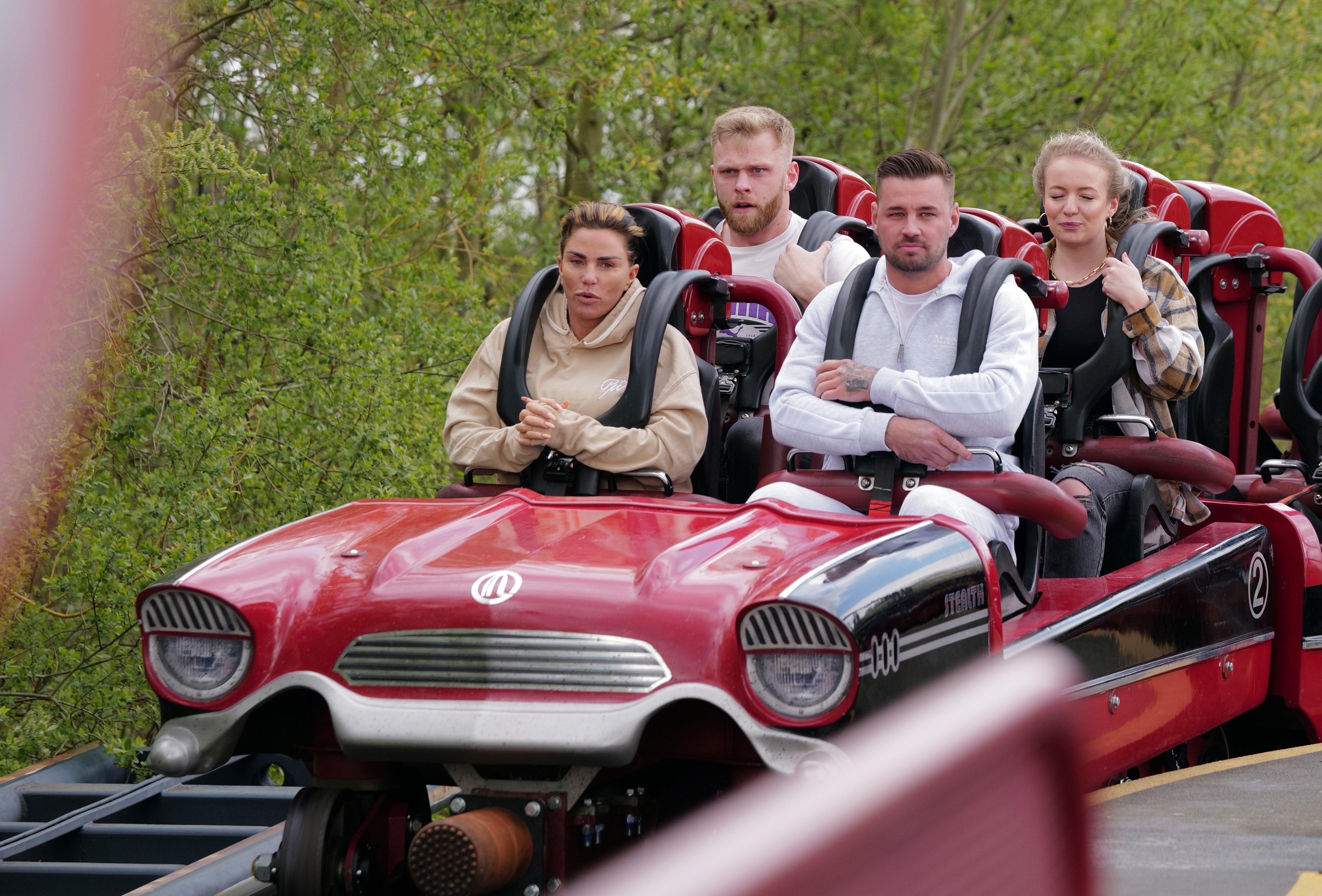 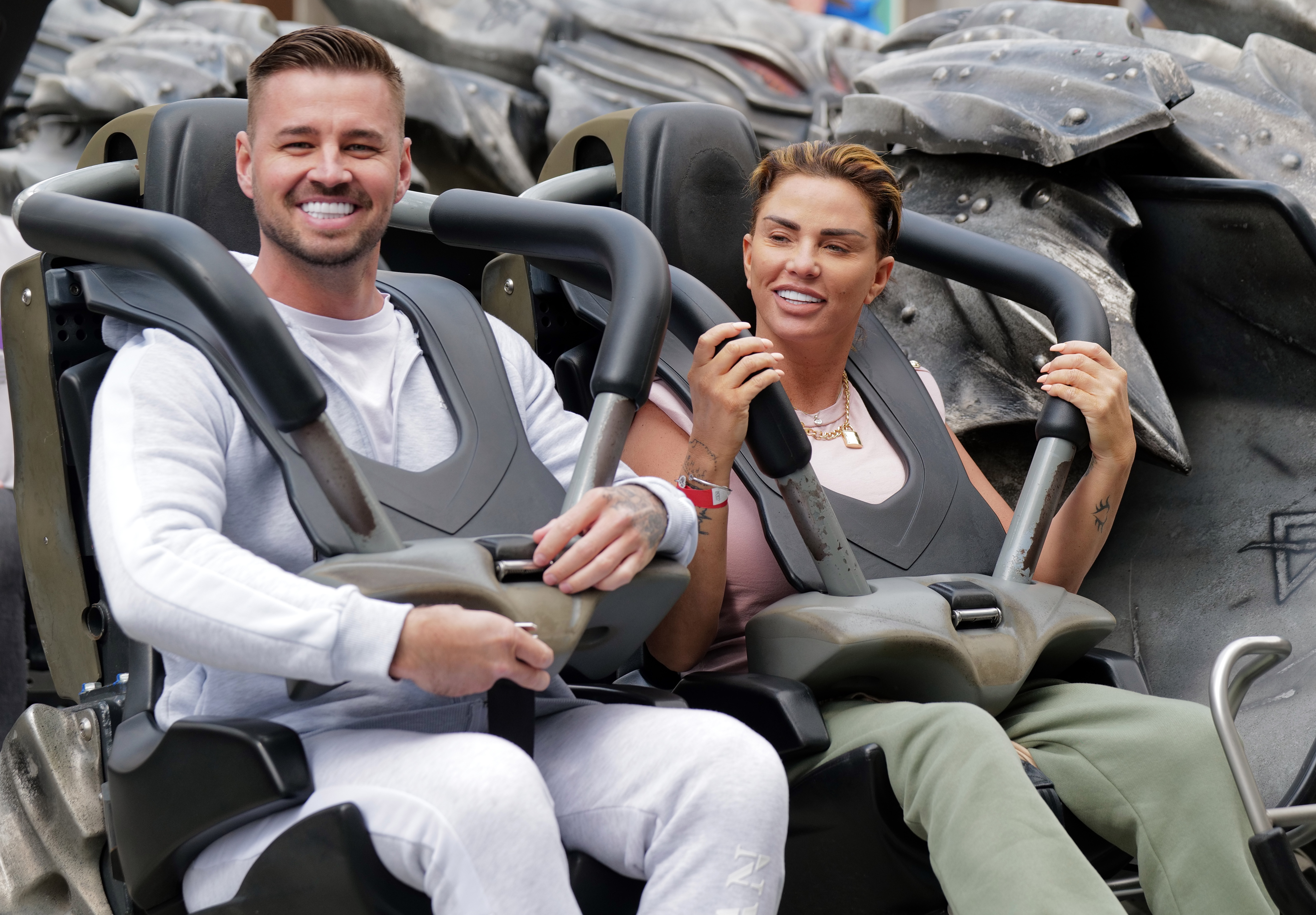 They separated after five years of marriage in 2018 when Kieran cheated with their nanny.

Katie first got engaged to former Gladiator Warren Furman, 48, in 1997.She was also engaged to Argentine model Leandro Penna, 35, for eight months in 2012 and fitness coach Kris Boyson, 31, in July 2019 before their 19-month relationship ended the following December.