The 29-year-old trainer was spotted working out with the 40-year-old’s son Harvey, 16, as he starts a new fitness regime. 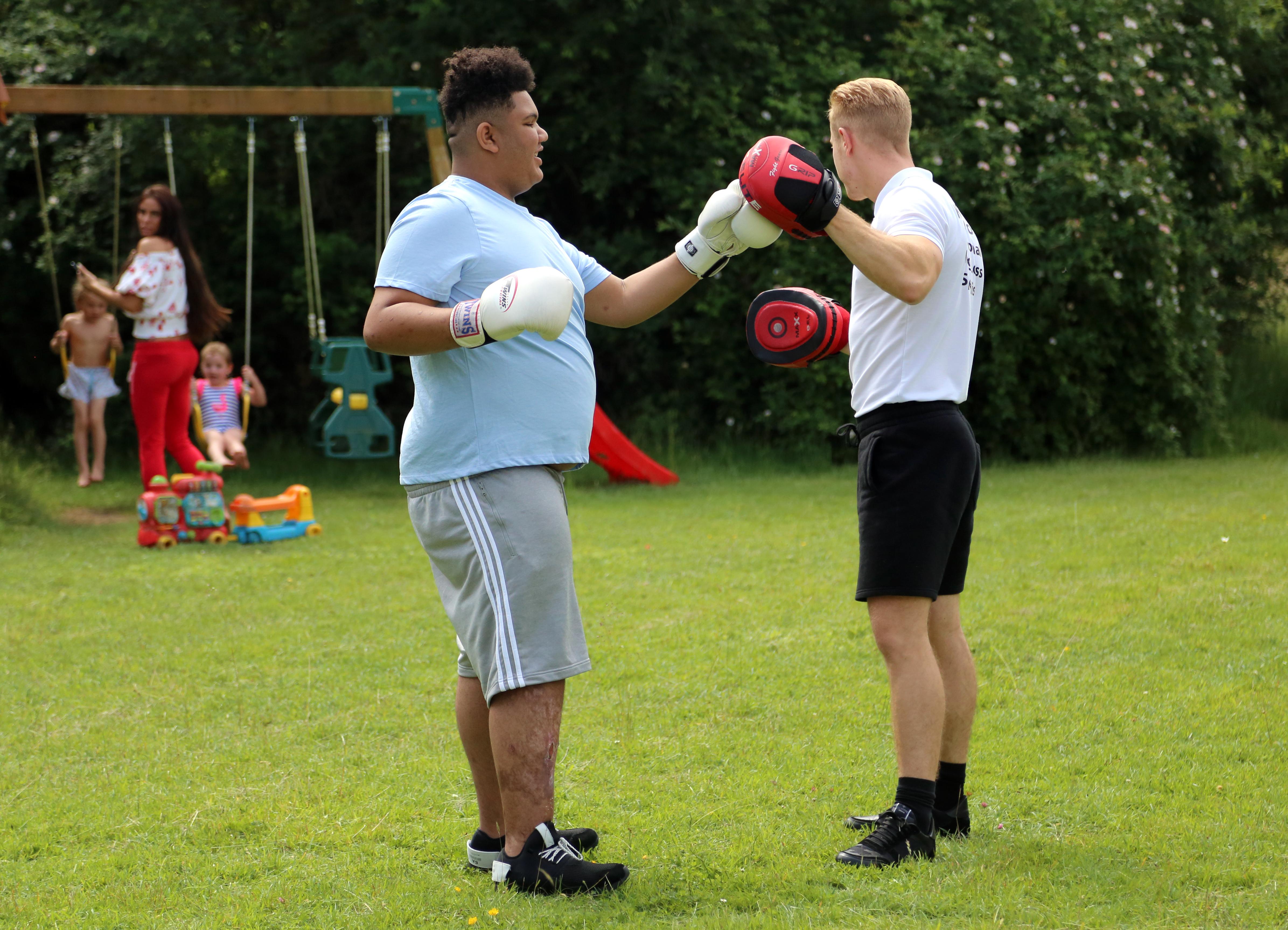 An insider told The Sun Online: "Katie's family have been surprised by Kris – they thought he was another toyboy who she'd get tired of in a week, but he's actually a nice guy and mature with it.

“He runs his own business, he's good with Harvey and he actually seems interested in sticking around.”

They added: “He seems to have Katie's best interests at heart, which is refreshing to them.

"Of course, they don't know what will happen in the future but for now, he's got their approval."

Kris certainly looked at ease with Katie’s eldest son as he put him through his paces with some boxing gloves. 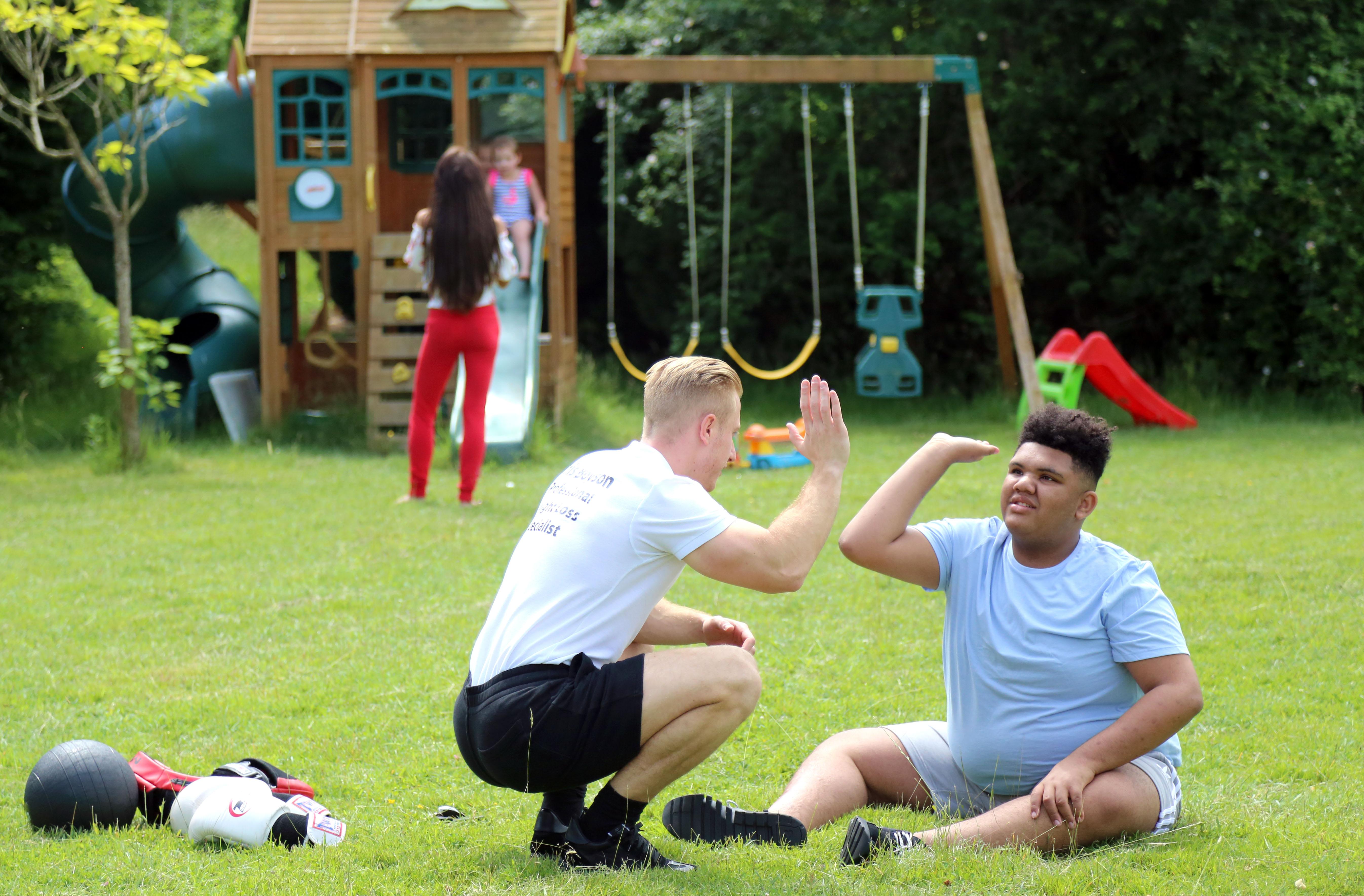 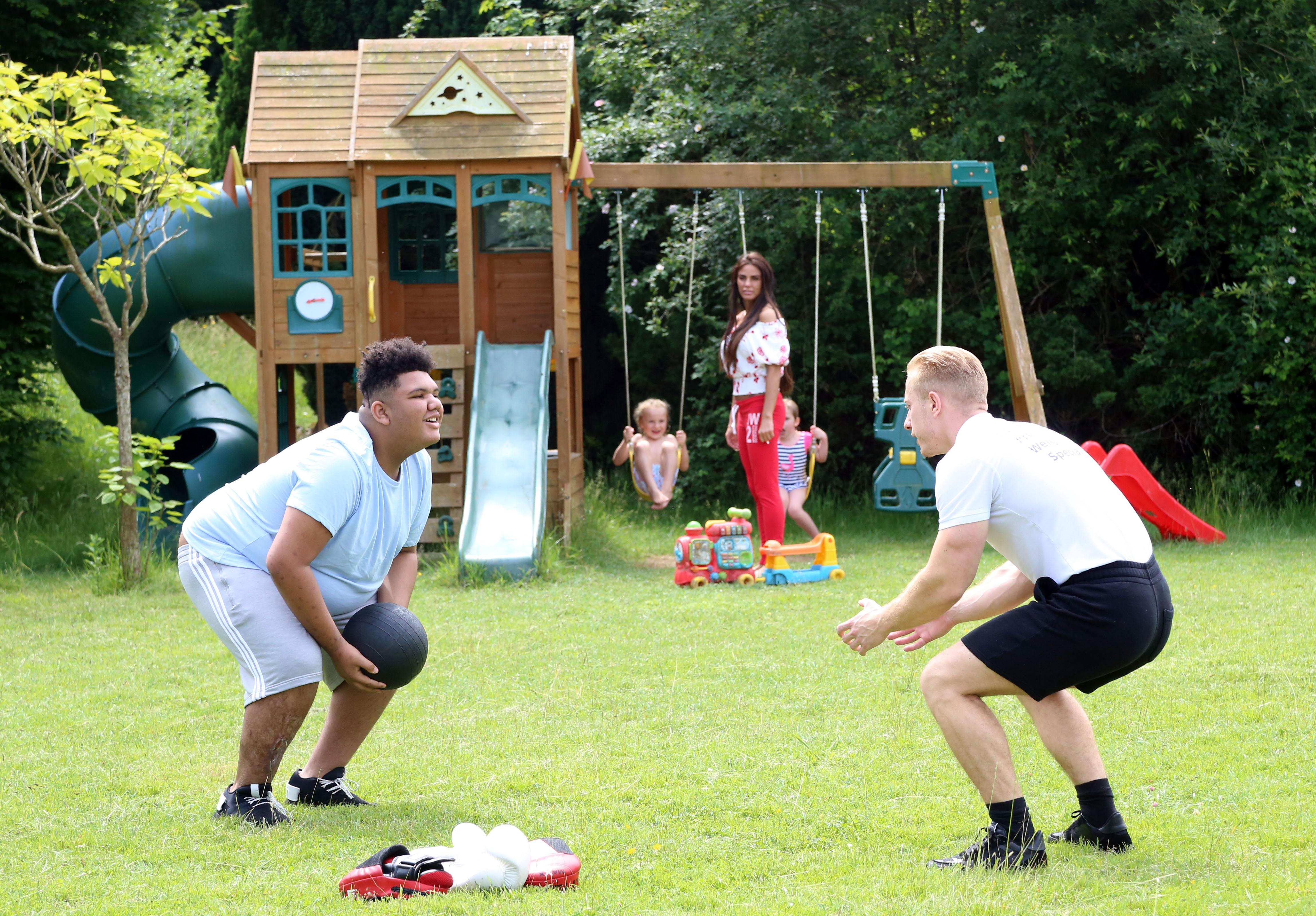 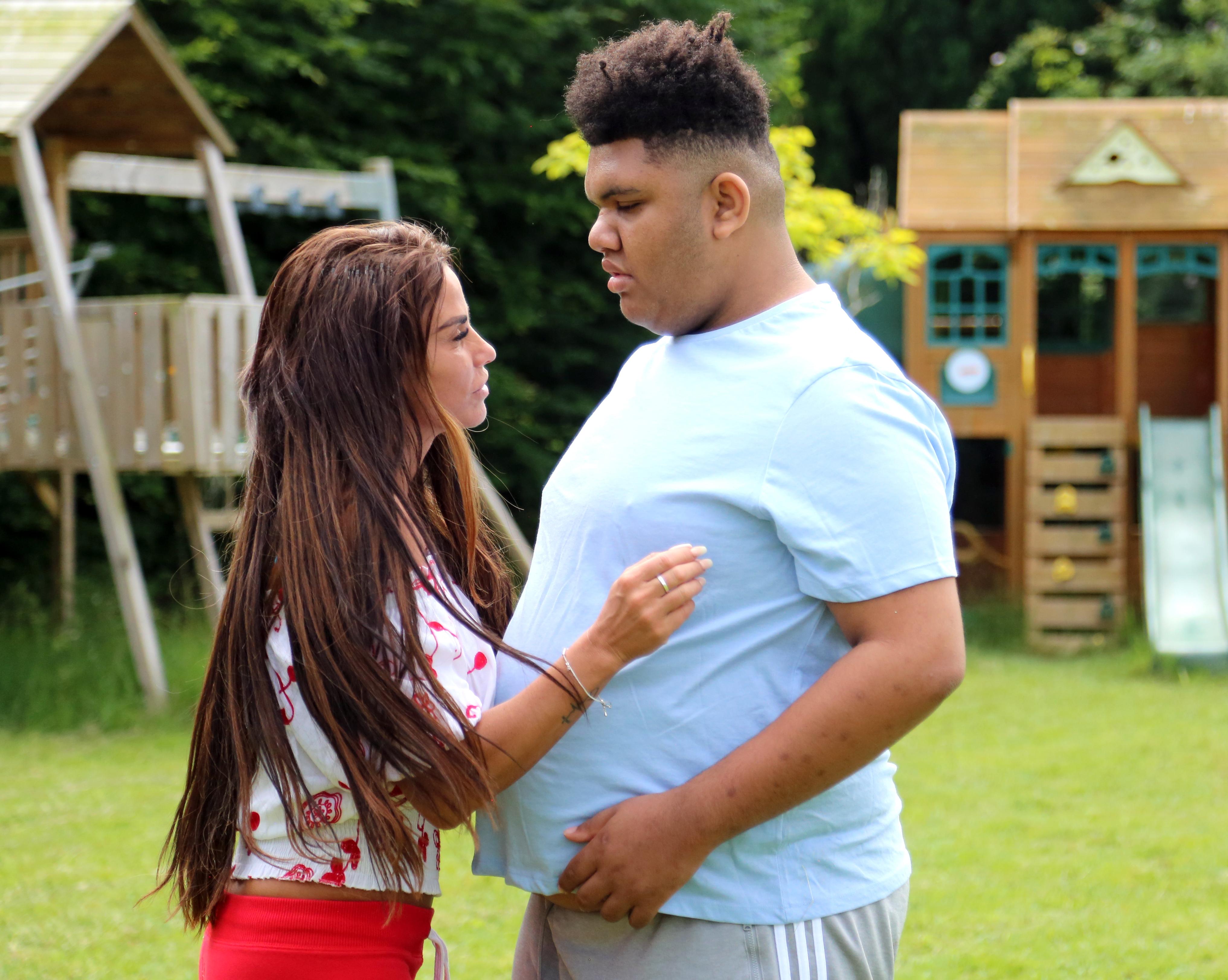 Katie, who is also mum to Princess, 10, and Junior, 12, with Peter Andre, and Jett, four, and Bunny, three, with Kieran Hayler, was on hand to shower Harvey with praise following his work out.

The businesswoman, who went public with Kris not long after her split from Kieran, previously revealed her new man was helping Harvey.

She said: “Harvey can do this – he has proven all the doctor's wrong so far and will carry on doing so.

“Kris is a life saver and that's ultimately how we met in the first instance.

"My children are my priority – Harvey's on going medical problems are never ending – Kris has come up with a specifically designed program that can help my Harvey and other children, adults like him to live longer healthier lives.” 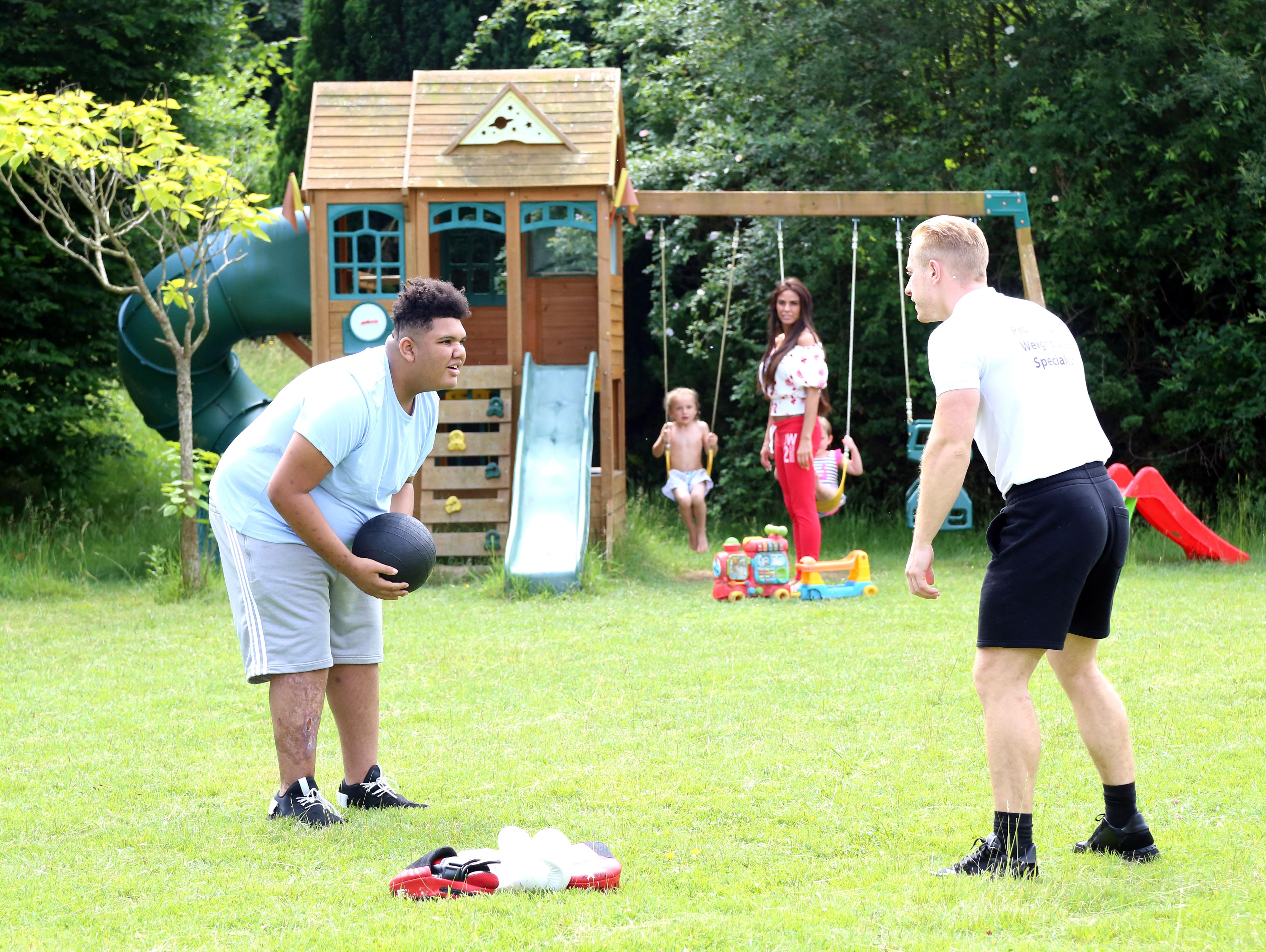 Katie ended her marriage to Kieran months after she discovered he had been unfaithful to her once again, this time with the children’s nanny Nikki Brown.

She has already reportedly spent £300,000 on cars, gifts and holidays for her new man.

Meanwhile, Katie's ex husband Peter Andre has banned her from seeing Princess and Junior because of her "non-stop partying".