AMERICAN Idol contestant Margie Mays was eliminated tonight and viewers are LIVID with judge Katy Perry who harshly criticized the fan-favorite throughout the season.

The 26-year-old – who returned to the show for a second time after competing last season – joined the ABC singing competition this year with her longtime boyfriend Jonny West. 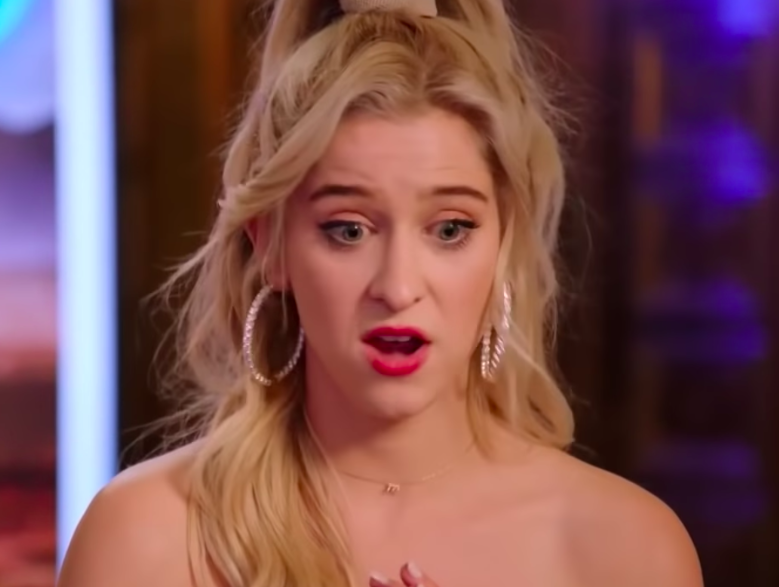 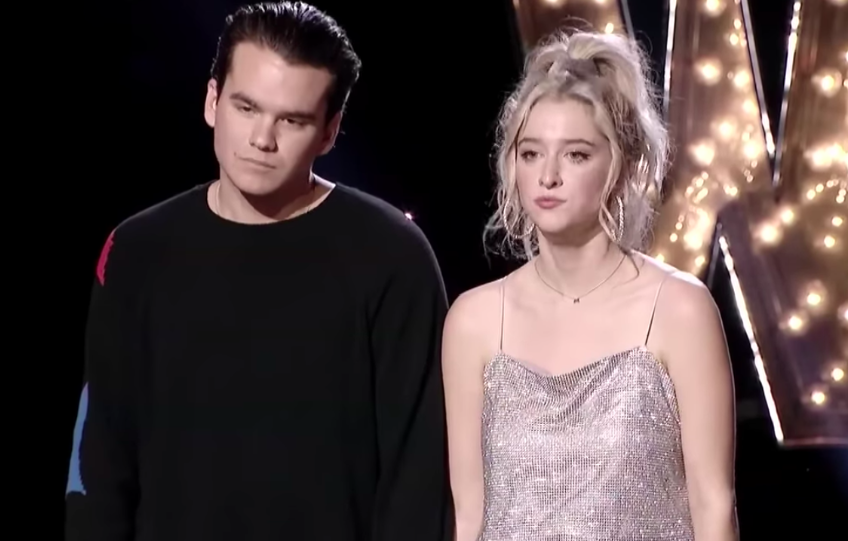 The reality show lovebirds gave a rocky performance in the duet round of the show yesterday when they sang Meghan Trainor’s romantic ballad Like I’m Gonna Lose You together.

The Never Worn White songstress, 35, told the duo after they performed: “It’s great to have partnership but just know your priorities right now because you both are BARELY passing on to the next round.”

During this week’s solo rounds, Jonny played an original song at the keyboard and the impressed judges – which also include Lionel Richie and Luke Bryan – clapped as he walked off the stage.

Margie was up next and gave it her all to Freya Ridings’ Lost Without You but appeared to struggle with her vocals throughout the song. 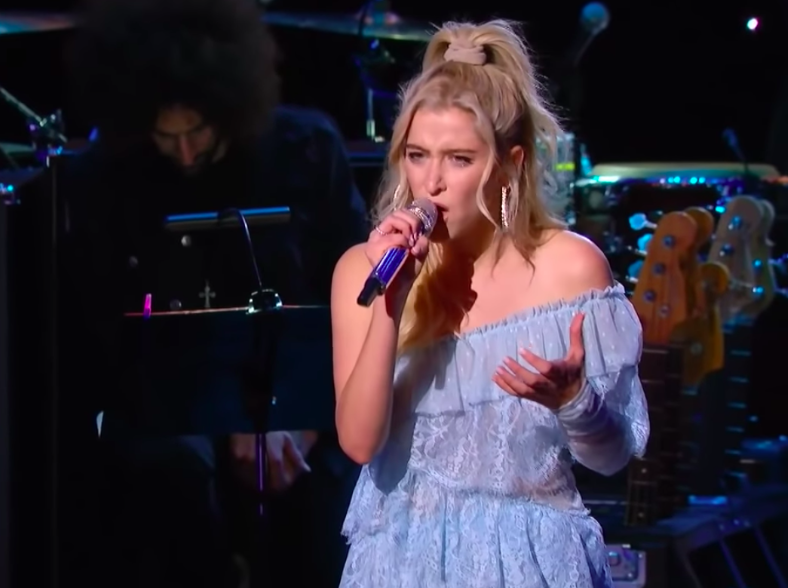 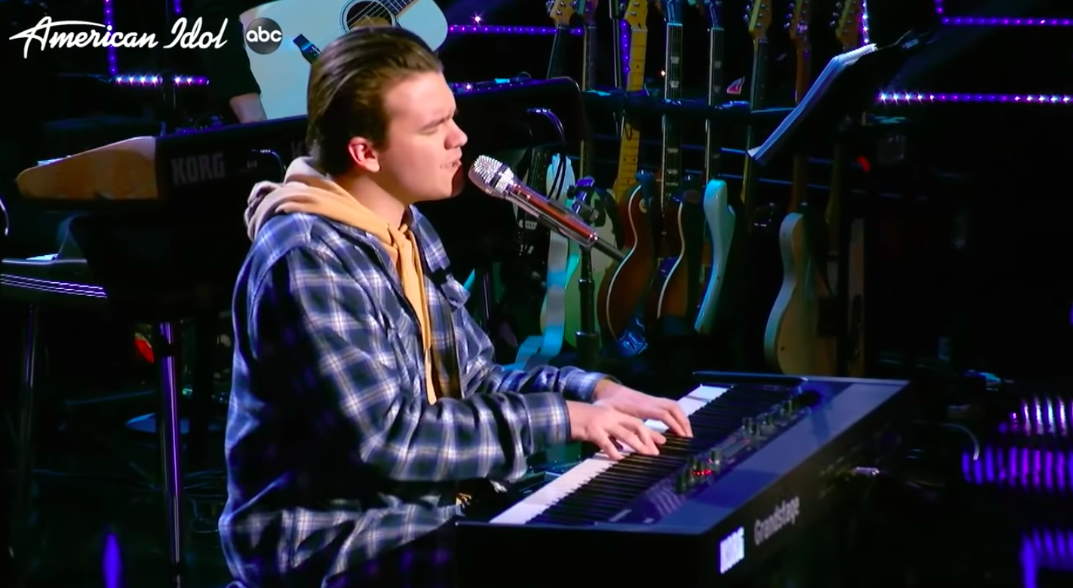 When she finished, she was met with blank stares by the three judges and looked upset as she exited the stage.

“I feel like I left them hanging. She laughed when I said “thank you” because I had to signify it was over,” Margie admitted about Katy’s reaction to her vocals. 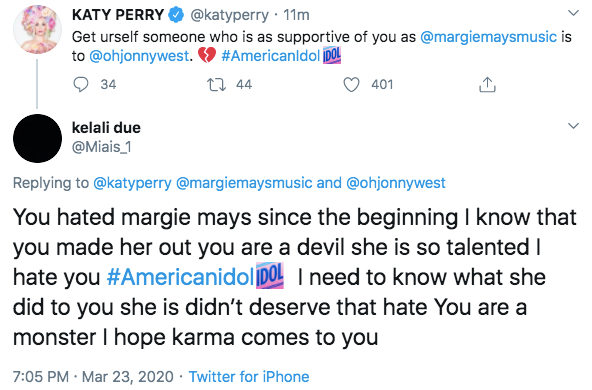 Out of the more than 100 contestants that came into Hollywood Week, only 40 advanced to the next round and while Jonny made the cut, his girlfriend did not.

Fans SLAMMED the show for sending the bubbly blonde home and had particularly bitter words for Katy – who showed Margie tough love since her first audition.

One viewer wrote directly to the pregnant pop star: “You hated Margie mays since the beginning I know that you made her out you are a devil she is so talented! I hate you #Americanidol. I need to know what she did to you she is didn’t deserve that hate. You are a monster. I hope karma comes to you.” 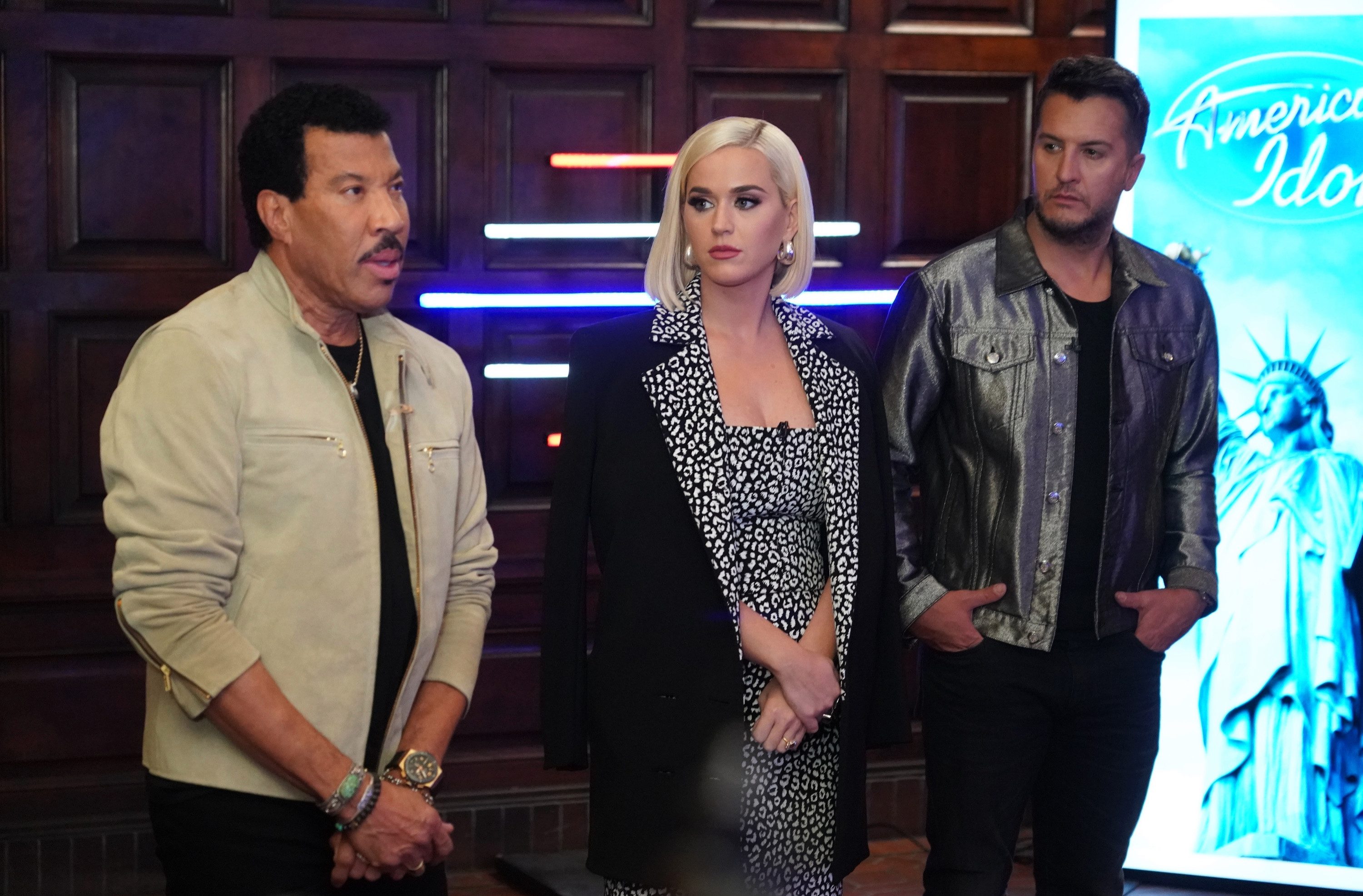 “You have me messed up right now. Margie deserved so much more. I was rooting for her since she first came in the show. WTF,” a displeased watcher vented.

“I was so invested in Margie’s journey, she deserved to go through to Hawaii I’m so mad at @AmericanIdol right now,” another tweeted alongside angry emoji’s.

Next week’s episode will show the Top 40 in Hawaii as they are narrowed down to the Top 20 who will move on to the live show’s.